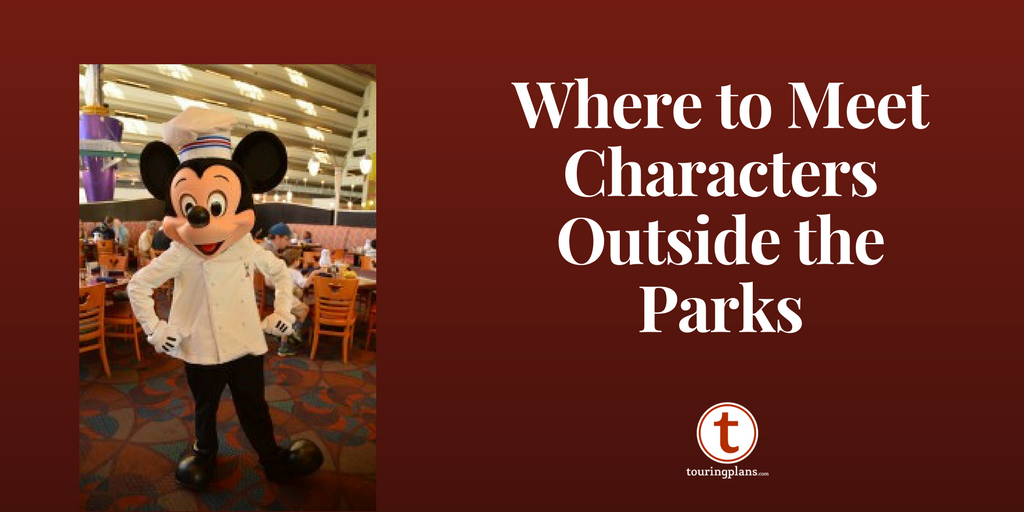 Many things separate the Disney Parks from other theme parks, but one in particular is its characters. Guests don’t come to Walt Disney World just for Pirates of the Caribbean and Space Mountain, but also for a chance to meet Mickey Mouse, a Disney Princess, or even their favorite villain! These days, characters meets are more popular than ever; and the good news is a park ticket isn’t always required for a magical encounter with a character. Here’s a look at my recommendations for where to meet characters outside of the Disney Parks.

Character meals are one of the most popular activities at Disney World. Instead of waiting in line for one character, guests have the ability to enjoy a meal in a special setting while a variety of characters come to them! While the parks are home to a number of character meals, the Disney World resorts feature a variety of meals that anyone can enjoy and without a park ticket.

This Grand Floridian Resort restaurant is a buffet offering two different character meals with two different casts of characters. Personally, I don’t think the buffet is worth the price, but the characters make it up for it. The Supercalifragilistic Breakfast features a charming assortment of characters, such as Alice, the Mad Hatter, Mary Poppins, Winnie the Pooh, and Tigger. Cinderella’s Happily Ever After Dinner offers those fairytale moments due to the presence of Cinderella and Prince Charming. But hilarious antics and interactions are in abundance as well, courtesy of Lady Tremaine, Drizella, and Anastasia. It may sound cliché, but 1900 Park Fare truly offers something for everyone.

Located on the BoardWalk, Trattoria al Forno is home to Disney World’s newest character breakfast, which has proven to be incredibly popular. Guests meet with Rapunzel and Flynn Rider and Ariel and Eric while enjoying a menu themed around these characters. Trust me, you will want to take just as many photos of your food as you will these Disney couples.

Often overlooked, Cape May Café at the Beach Club Resort offers Minnie’s Beach Bash Breakfast. I love this resort, and Cape May Café, but the real draw is getting to meet Minnie Mouse and the gang in their swimsuits and beach wear! The Contemporary Resort’s Chef Mickey’s is one of the most popular character meals at Walt Disney World and for good reason. Chef Mickey’s is a delicious buffet where the Fab Five meet guests for breakfast, brunch, and dinner. Oh, and this magic all happens with the Monorail zipping overhead. Does it get more Disney than that?

Another fan favorite, the Polynesian Resort’s ‘Ohana restaurant is home to the Best Friends Breakfast Featuring Lilo and Stitch. In addition to visits from, obviously, Lilo and Stitch, a few other character friends drop by to say aloha too. This character meal unique is that it’s not a buffet. Instead, ‘Ohana offers an all-you-can-eat family-style breakfast served up fresh with a Polynesian flare.

One of the best ways to meet characters without stepping into a park is at Mickey’s Backyard BBQ at the Fort Wilderness Resort and Campground. Guests chow down on chicken, hot dogs, ribs, burgers, and more at an outdoor pavilion where a live band plays country tunes and guests, and characters, can dance! Speaking of characters, Mickey and Minnie Mouse, Chip n’ Dale, and Goofy are usually in attendance. On certain holidays, characters often visit the Disney World resorts to meet and greet with guests! The best part? They usually appear in holiday-themed outfits you may not see anywhere else. Knowing just when and where can be tricky, but on an actual holiday is your best bet and the resorts may provide more specific information.

Santa Claus may not be Disney Character, but the holidays and Disney World are both known for magic, so I think you can let this pass, right? For the past few years, Santa Claus has been meeting guests at Disney Springs during the holiday season. The meet and greet even has a virtual queue, meaning there’s no physical line, only a return time. So forget the mall. Plan to tell Santa your Christmas list at Disney Springs!

The second level of the Disney Springs Coca-Cola Store is home to another non-Disney Character, the Coca-Cola Polar Bear! He’s an impressive seven feet high, but all sweetness and personality and one of my favorite characters to meet at Walt Disney World. When standing in line, be sure to look down!

There is no cost to meet the Coca-Cola Polar Bear, but there is a charge to purchase your official photos. Fortunately, the photographers are always happy to take a photo with your phone or camera for free.

Special events at Disney Springs can also provide opportunities to meet characters outside of the parks. For instance, Minnie Mouse made appearances in her polka dot styles for #RocktheDots in Town Center on January 21.

If you’re visiting on a budget and in search of a little Disney magic outside the parks, or if meeting characters is one of your vacation priorities, know that there are many ways to meet your favorites without ever needing a park ticket. 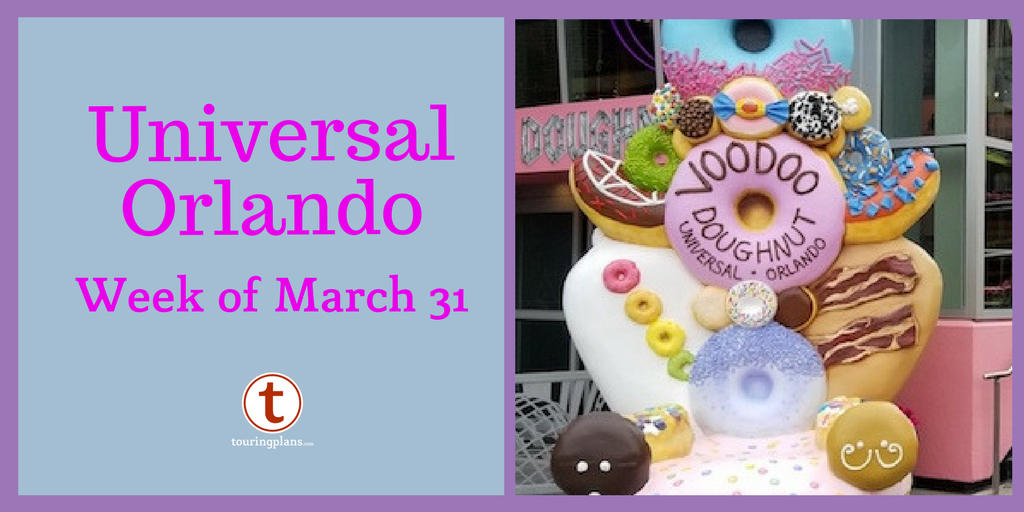 Menu Monday: WHY WAIT IN LINE WHEN WE CAN JUST DINE? Considering the value of Disney’s Character dining.