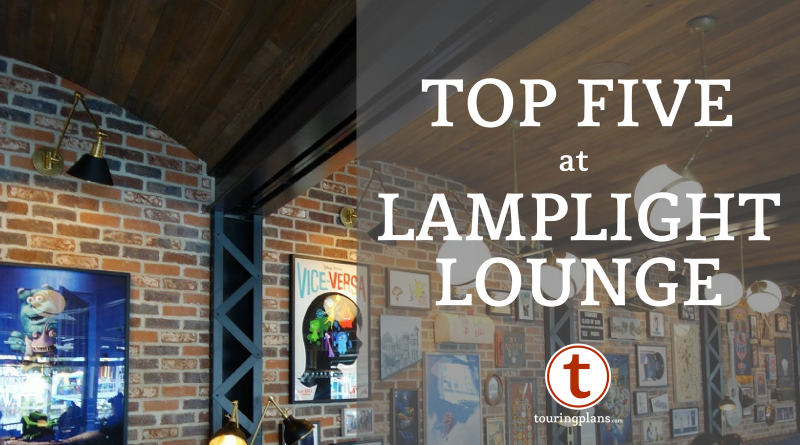 It’s safe to say that the reaction to Disney California Adventure’s Pixar Pier has been “mixed.” Some fans are calling it disjointed and cheap, while others enjoy it for what it is. I think one thing that everyone can agree on is that the nicest part of the land is easily Lamplight Lounge, which is a table service restaurant that was formerly known as Ariel’s Grotto and Cove Bar. In this post I’ll give you a quick tour of the restaurant and share what I consider to be the top 5 items at Pixar Pier’s Lamplight Lounge. Walking in to the lobby you see the Lamplight Lounge logo on the floor. As I mentioned before, Cove Bar and Ariel’s Grotto have been merged into a single restaurant, even though both are still separate from each other. The upper dining area (the old Cove Bar) is still mostly made up of outdoor seating and a menu of drinks and appetizers. The lower dining area has indoor and outdoor seating, props and light thematic elements, drinks, and an expanded menu featuring full entrees. The building’s lobby has this nice chandelier with drawings from various Pixar films. Heading downstairs you can see the walls adorned with Pixar memorabilia. If you’re dining at Lamplight it’s definitely worth it to stroll through the restaurant to take a look. The “Toy Booth” is decorated with toys from Pixar’s films and shorts. Both the upper and lower level dining areas have a full service bar with a variety of drinks. Speaking of the drink menu, be sure to flip through it even if you’re not ordering anything. There’s some great art in there. A patio with seating that extends over the waters of Paradise Bay is available. I found it to be quite nice and breezy, even on a day where the temperature hovered around 80 degrees.

On to the food. Here’s my top 5 items at Lamplight Lounge: I enjoyed this different take on sushi. The New York grilled strip steak was perfectly tender, while the roasted Fresno chili salsa was delicious and full of flavor. Also, respect to Disney for maintaining a good fillings to rice ratio. They could have easily made this thing mostly rice, but they did the good and decent thing and made it mostly filling. Now that we live in a world where people expect donuts to be large, covered in a pound of chocolate, stuffed with a full candy bar, with half a bowl of cereal sprinkled on top, and shaped like stuffed animal, sometimes it feels good to eat some nice plain sugar donuts. These are served warm and fresh, and include hazelnut and strawberry dipping sauces. It’s great, but unfortunately it’s the only dessert on the menu. After reading the Lamplight Lounge menu for the first time I thought that there was no way the Potato Skins would be worth it. I was expecting them to be the same little crappy potato and stale pucks that are found at places like TGI Fridays. Wow, was I wrong. The menu lists the Potato Skins as having “crispy Yukon Gold Potatoes with Brown Butter-Caper Yogurt, Smoked Paprika Aioli, and Manchego Cheese.” As for the potatoes themselves, the closest food item I think that they resemble is potato pancakes. It’s a fantastic dish. Another complete surprise was this fantastic Salmon PLT (Pancetta, Lettuce, Tomato) sandwich. I can’t get over how good the roasted tomatoes were. Seriously, I would eat a whole bowl if they sold them. Also, the bread was soft and flaky. I appreciate how light this meal was (besides the fries, which by the way, were also pretty darn good). This is a rare Disney theme park entree that didn’t make me feel like I had a bowling ball sitting in my stomach afterwards. Some people call them overrated, or worst of all, say that they don’t like lobster. I cut those kind of people out of my life. I simply don’t need that kind of negativity. The Lobster Nachos are god-tier food. The chips are delightfully crispy and salty, there’s just enough cheese, the fresh jalapenos have a nice kick, and the lobster is [usually] moist and fresh. If you’re curious, this dish has not changed at all from when it was sold at Cove Bar, it’s just slightly more expensive. (You’re killing me, Disney.) I don’t drink alcohol so I don’t have any opinion on Lamplight Lounge’s drink menu. Cocktails on the drink menu range from $13 to $14, while beer is $9 to $10. I did try this non-alcoholic drink, named the 2319 ($6.50). It includes Frozen Strawberry Purée, Cream of Coconut, Pineapple Juice topped with Coca-Cola. It’s tasty, but very sweet. To me it tasted like if you were to pour some Coke in to a smoothie. It was fine, but I wouldn’t get it again.

Let me know what you think about the items that I recommended in the comments below. I’d also like to hear your thoughts on any items that I didn’t mention in this post. 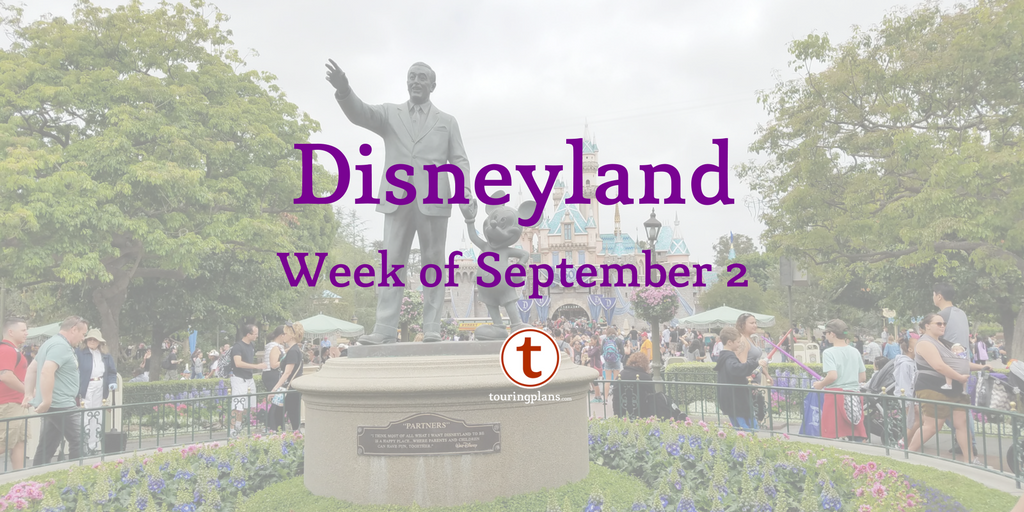 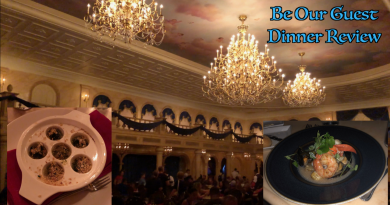