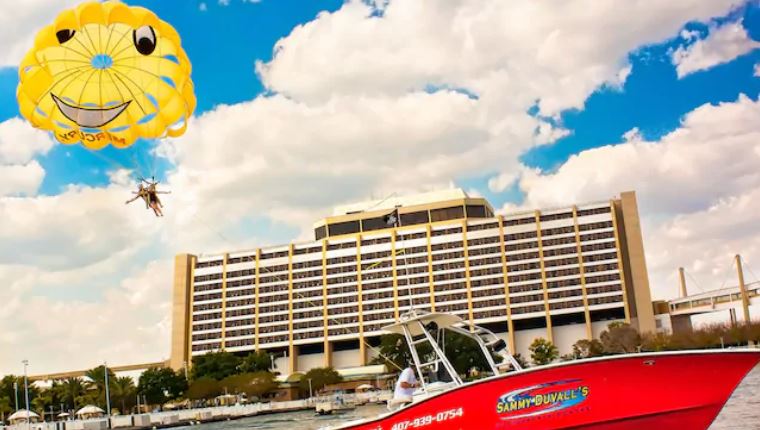 After 20 years, it has been announced that Sammy Duvall’s Watersports Centre will be closing at Walt Disney World. The last day of operation is August 31.

On their website, they have announced that for those who may have made a future prepaid reservation, they will be issuing a refund to the credit card that was used for your reservation. In addition, if you maybe had a future non-paid reservation, you will be receiving a email cancellation notification.

Sammy Duvall’s was located in the marina area of Disney’s Contemporary Resort and it allowed Guests to participate in unique watersports activities. These included parasailing, jet skis and other personal watercraft rentals, tubing, wake boarding, and water skiing.

For those who didn’t know, Sammy Duvall was a one of the greatest water skiers the world’s ever seen. He amassed an impressive six world championships and retired from the pro circuit back in 1998. Following his retirement, he opened up shop along Bay Lake.

Also, I know I’m going to get the question….because well truthfully it was one that I had. This closure does NOT impact the Sea Raycers (otherwise known as Water Mice). It also doesn’t impact the pontoon boats, nor the Boston Whalers.

Things to Do at Disney World outside the Parks