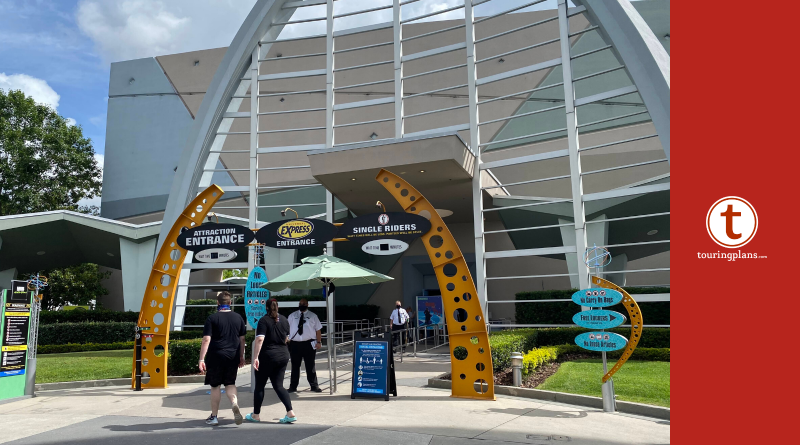 Many of you already know the benefits of saving time with customizable touring plans. Frequently, we send our teams into the field to test them out. This not only helps assure the efficacy of the system, but also provides real-world data. Our field reporter, Christina Harrison, is no stranger to Disney parks, but is now a proud Universal Orlando passholder. She’s having fun exploring all that Universal has to offer, and what better way to make sure she’s seeing all the sights than with a touring plan.

We sent Christina  to Universal Orlando Resort on Tuesday, June 24, 2020, to test a Touring Plan. She arrived at 6:50 a.m., hoping to get into the Virtual Line for Hagrid’s Magical Creatures Motorbike Adventure, but when no return time was available, she secured a Virtual Line Pass of 9:00 – 9:30 a.m. for Fast & Furious – Supercharged. Christina will try again for a Hagrid’s Virtual Line reservation on Friday.

With her annual pass, Christina gets her early entry to Universal Studios park like Universal hotel guests, so she can start her plan at 8 a.m. in Diagon Alley. Here’s how her plan worked. 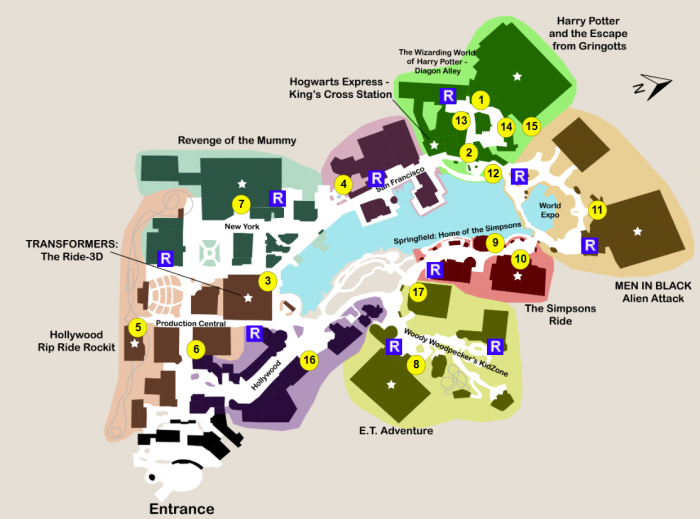 After riding Rip Ride Rocket, the plan was Evaluated to update expected wait times. The results are as follows.

The expected wait times went up an average of 6.3 minutes. The extra wait time, pushed the shows at the end of the plan to the next show time.

The predicted and observed crowd level was a 4.

Here’s what Christina’s experience was like in her own words.

I arrived at parking for USO at 6:50 a.m. for 8:00 entry (AP early entry). I attempted to get into the Virtual Line for Hagrid’s Magical Creatures Motorbike Adventure but when no return time was available, I secured a Virtual line Pass of 9:00 – 9:30am for Fast & Furious – Supercharged. Important note – we are testing the same idea on Friday but using the tips we picked up through the day. Several Team Members gave the following advice:

1) Make sure we are on the Universal Wifi when we try to get in the Virtual Line. (I was not.)

2) Start trying at 7:00 a.m. exactly and if unsuccessful, exit out of the browser completely before attempting again.

Since Islands of Adventure does not have early annual pass entry, the Virtual Line time may differ from the two Virtual Line attractions at Universal Studios Orlando. We will report back on Friday.
After scanning in for the day, I made my way to Harry Potter and the Escape from Gringotts – step 1 on my TouringPlan for the day. Since Universal Studios Orlando is at lowered capacity, the line for a locker was short and efficient. The queue was a walk-on and, most importantly, very well air conditioned. Side note – as someone who has frequently swung my backpack and elbows around to clear some personal space in crowded lines, the forced social distance of the Universal Studios Orlando lines (6.5 to 12 or more feet between parties) is wonderful.
Step 2 was a walk around Diagon Alley. Since I was in during Early Park Admission hours, not all of the stores were open. This meant that a thorough snoop around only took about 15 minutes instead of the 30 designated in the Plan.
Step 3 was Transformers: The Ride – 3D. If you’re taking advantage of the early park admission at Universal Studios Orlando, this is a good time to stop for water or dip into Starbucks on your way from Diagon Alley. You’ll literally pass Starbucks when walking through the New York area of the park on your way to Production Central where step 3 is located. If you’re on plan, you’ll have around 15 extra minutes before Transformers opens at 9:00 a.m. Look out for an Optimus Prime meet and greet (socially distant) on your way out of the attraction. 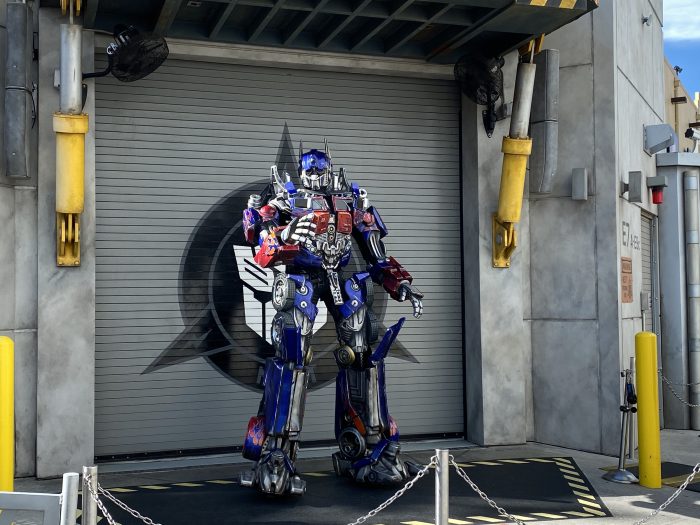 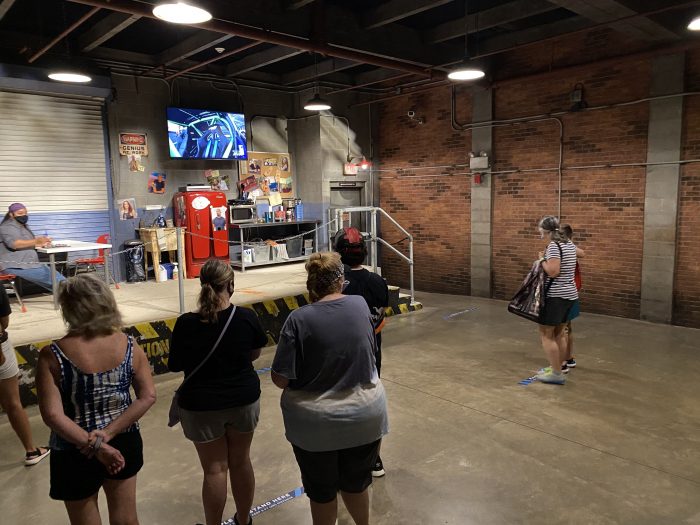 Step 5 Rip Ride Rockit – If you haven’t been to USO before, this is the giant, swirly red roller coaster that you can see from the entrance and basically the entire left side of the park. 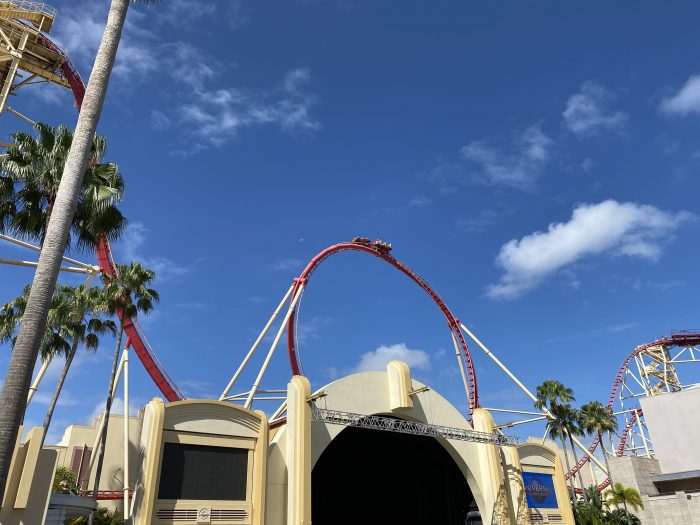 Step 6 is just across from RRR – Shrek 4-D  – Advice – put your phone away. I laughed when the Team Member said to put them away and was then very thankful for my Otter Box case. You’re in a theater seat and you don’t have a seat belt but there are lots of sudden, jerky movements. 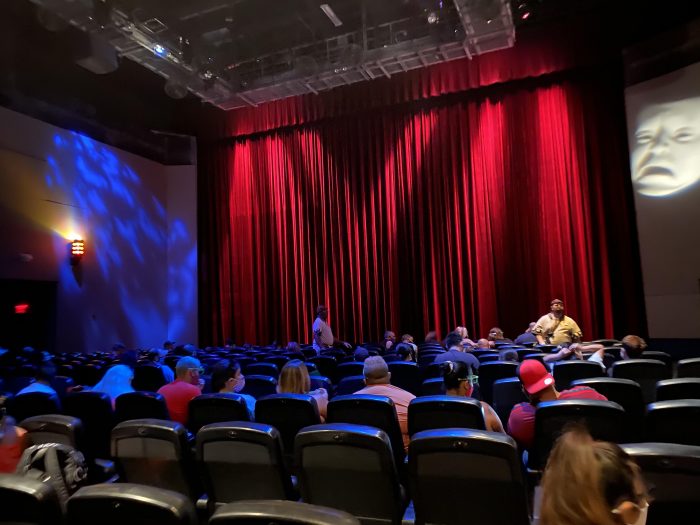 Step 7 Revenge of the Mummy –  The stilt dudes are fun and are naturally distant but they interact with guests a good bit. 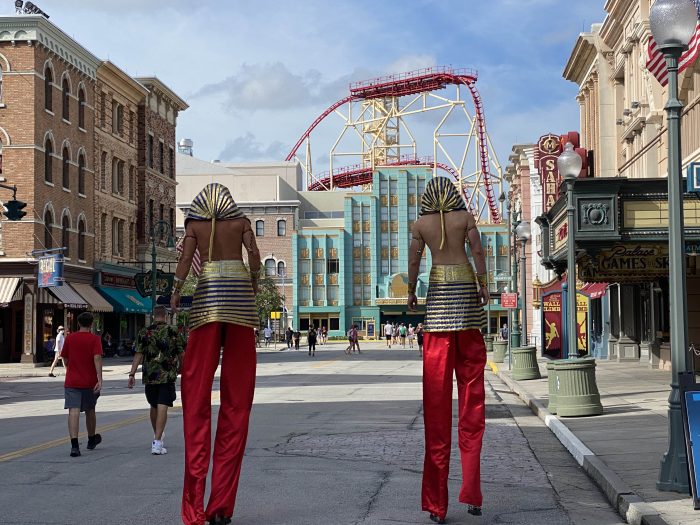 Step 8 E.T. Adventure – this had zero wait and may have sentimental value for those of us of a certain age. The ride bike has E.T. – would recommend that seat.
Step 9 takes us to Springfield: Home of the Simpsons for Kang & Kodos’ Twirl ‘n’ Hurl. It’s Dumbo but with a Simpsons theme.
Step 10 – The Simpsons Ride – The pre-show is now separated by party. Since I was alone, I was alone for the pre-show and in a car on my own, which was good because there were fewer people to hear me moaning from motion sickness. It’s like Soarin’ in that each car is lifted and watching the same screen but that’s it for similarities. Simpsons fans with steel constitutions will love this step in the plan. 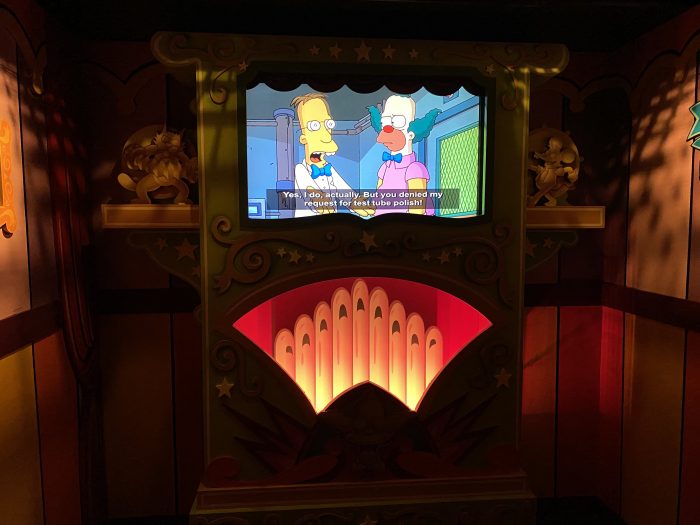 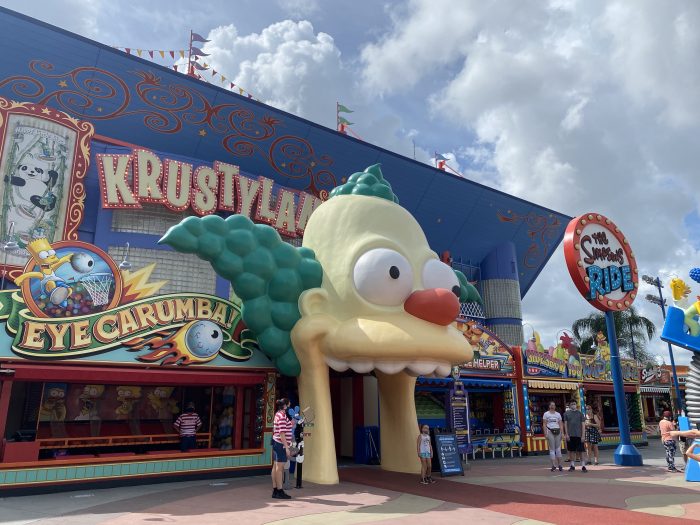 Step 11 – Men in Black Alien Attack – for someone who has been happily riding Buzz Lightyear for years and years, my first time on MIB was a delight. The ray gun thingy has great aim and the effects and scenery were amazing. 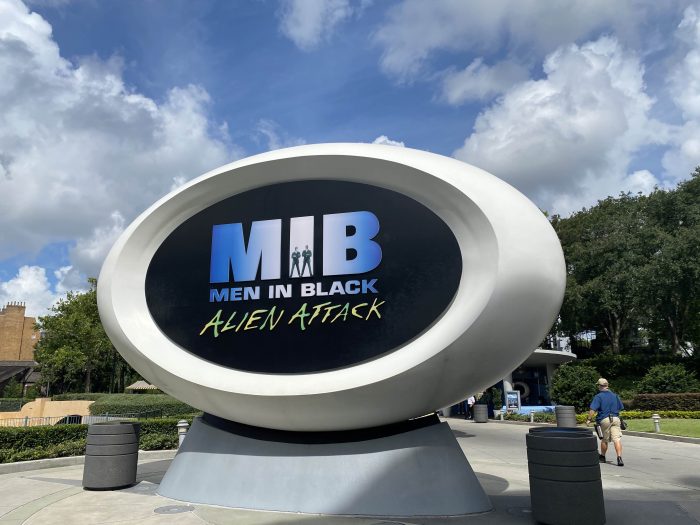 In summary, this TP was a fantastic way to experience all 11 major attractions at USO in just over 4 hours of park access. Getting through attractions quickly is even more important now that masks shorten our tolerance of the heat and humidity. This plan requires you, like all plans, to arrive 60-90 minutes prior to opening so your entire day is more like 5.5 hours. Still, this provides a short period of time to get motion sick on so many different and well-themed rides.

It is important to re-Evaluate if not re-Optimize your Touring Plan while you are in the park. The updated plan will use the conditions in the park and give you a more accurate plan. The chart below shows how this worked on the day in question.

What are your thoughts about our in-park tests? Feel free to share any questions or comments below. 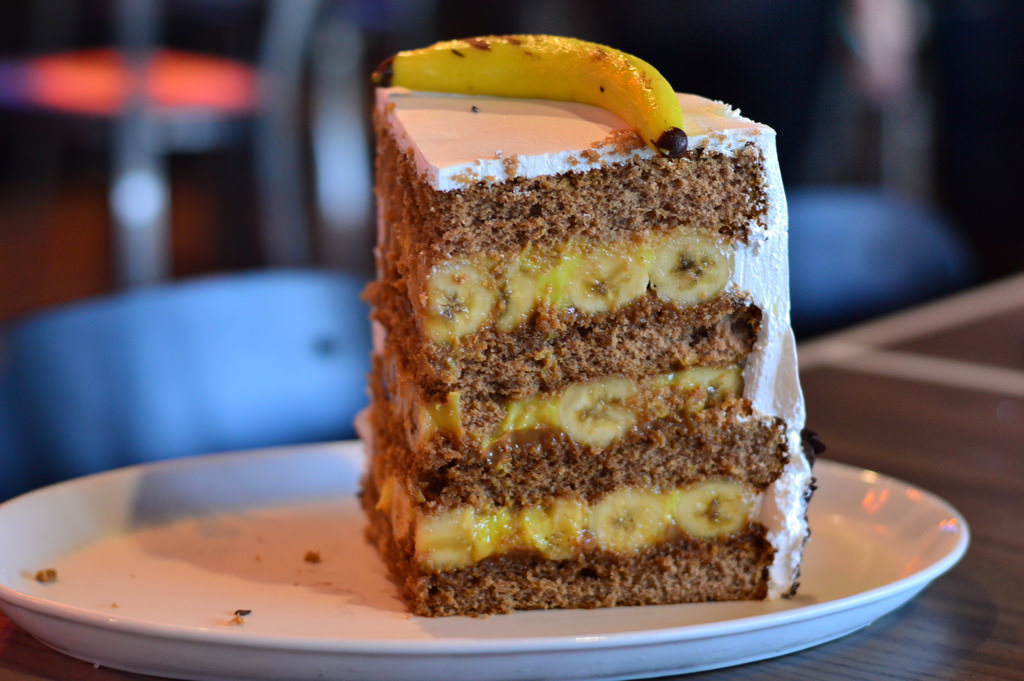