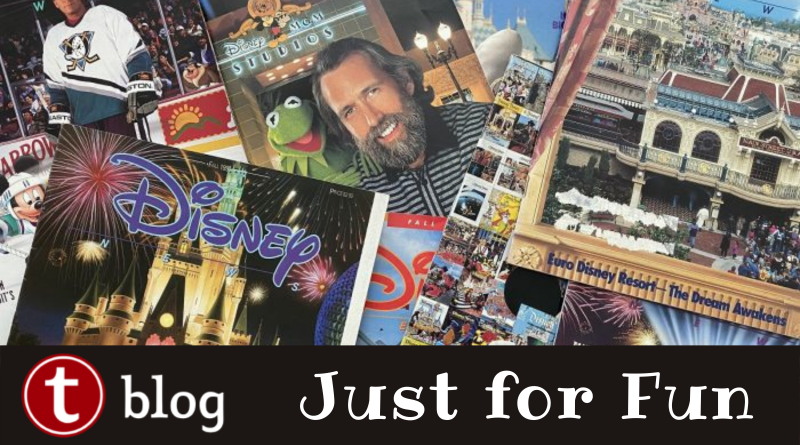 I love vintage Disney Magazine ads! If you’re unfamiliar, the magazine ran from from 1965 all the way to 2005. It was THE only way to get breaking Disney theme park news and behind-the-scenes info in the pre-internet era. One of the best things about these magazine are the ads, and what’s great is they were light on any non-Disney ads. That means there were Disney ads that are absolute gems. Today we’ll take a look at 5 of them from issues that released in 1990, aka the dawn of the nineties. 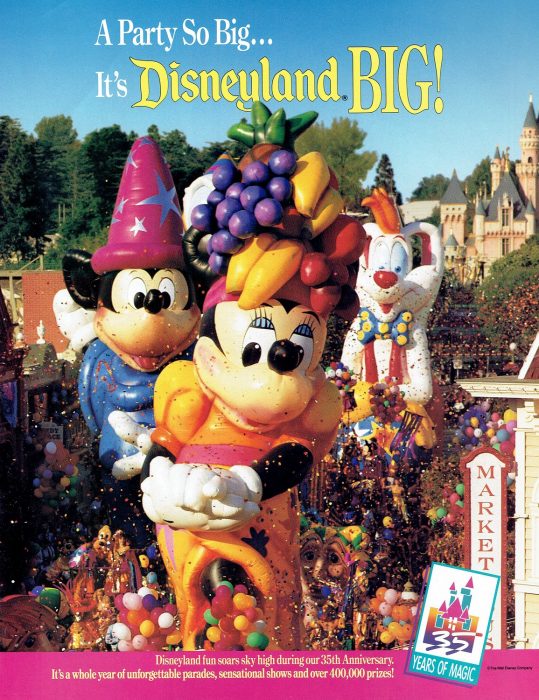 First up is an ad for Disneyland’s 35 Years of Magic promotion, which celebrated the park’s 35th birthday. The marquee offering of the celebration was the legendary Party Gras parade. The parade was made up up several 45-foot-tall balloons of various Disney characters. The floats stopped at certain points along the parade route where a huge party broke out with dancers and plenty of confetti. All of that, and the floats towering over the buildings on Main Street, made Party Gras quite a spectacle. I’m shocked Disney never tried anything like it again. 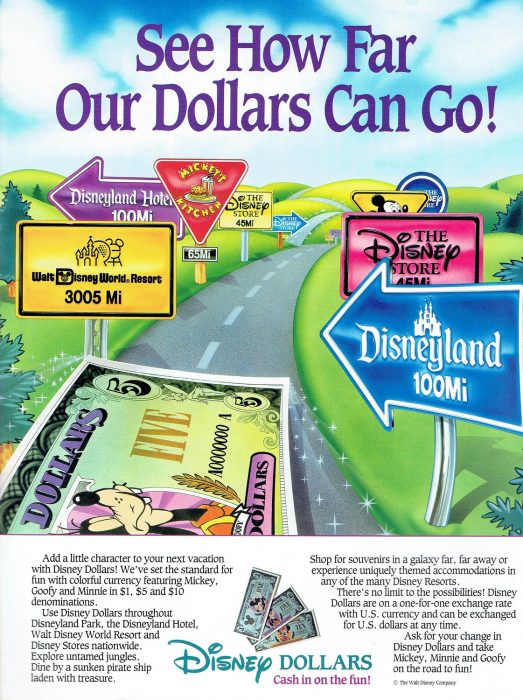 I’ve written about Disney Dollars before, but I’m still in shock by their downfall. For decades these were once a staple of birthday and Christmas gifts, but now they are completely gone and forgotten. Last time I posted a Disney Dollar ad I mentioned Disney gift cards are more practical, but they’re also way more boring! 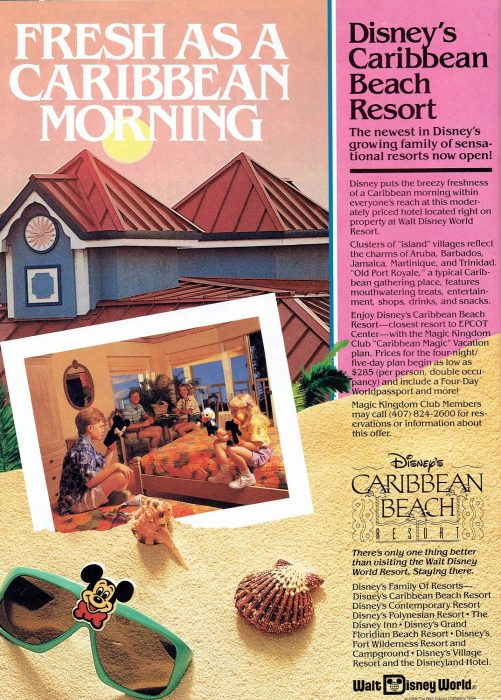 Disney’s Caribbean Beach Resort is probably looks the most “of its era” in terms of visuals. Take someone to CBR and ask them what decade they think it was built it and 9 times out of 10 they would say the 90s. In fact, right now I’m throwing it out there that Disney should rename it to “Disney’s 90s Resort.” Anyway, this ad is fantastic for a lot of reasons. One of those reasons is those great Mickey sunglasses, which where practically standard issue for kids visiting the parks back then. 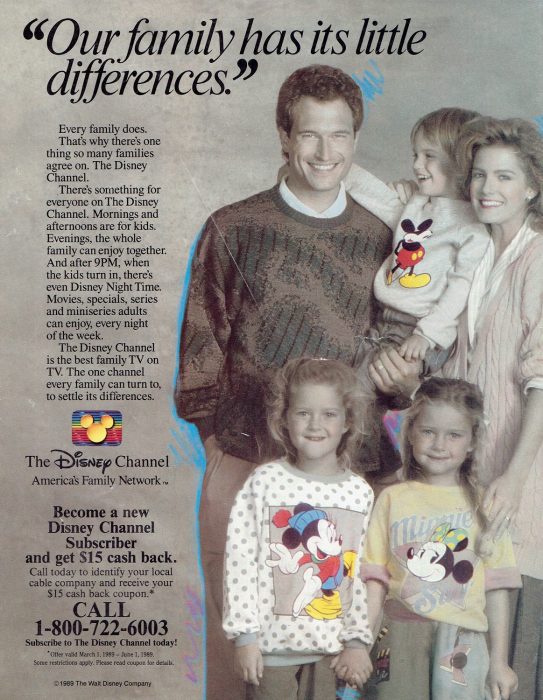 Speaking of 90s, wow here’s one that SCREAMS early 90s visual design. It’s difficult for people to understand now, but back in 1990 The Disney Channel was something special. It was a (expensive) premium cable add on so not everyone had it. Growing up back then, I knew so many kids who would be friends with other kids just because they had The Disney Channel. Fun fact, 7 years later Disney would drop the “The” from the channel’s name. It then became “Disney Channel.” By the way, how great is that old rainbow logo? 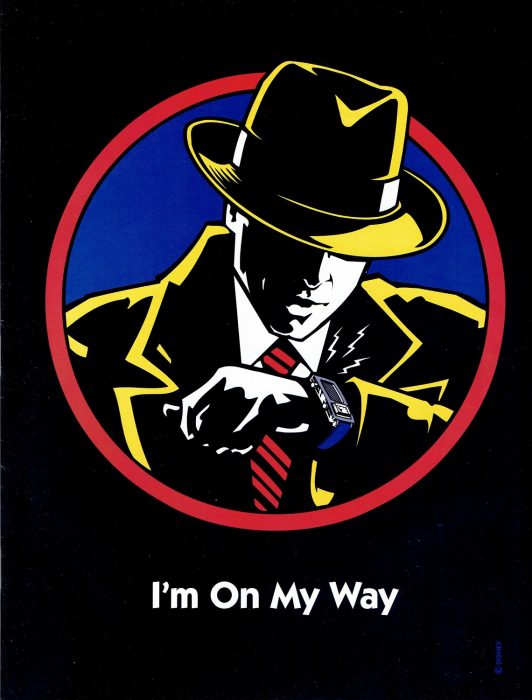 Speaking of things that were a big deal, or at least things Disney wanted to be a big deal, here’s an ad for Dick Tracy. Disney wanted Dick Tracy to be their Batman, which was a massive global success that had released a year earlier. Dick Tracy got the full mega-blockbuster-in-the-making treatment: Happy Meal toys, action figures, clothing, accessories, music videos, and much much much more. Dick Tracy stuff was EVERYWHERE. The movie was released and made a respectable $162.7 million on a $46 million budget. But reviews were mixed and Disney instantly grew cold on the idea of a sequel. Oh well.