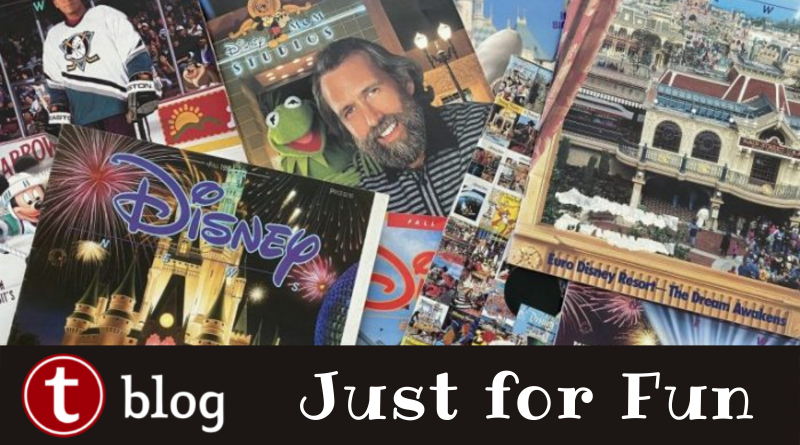 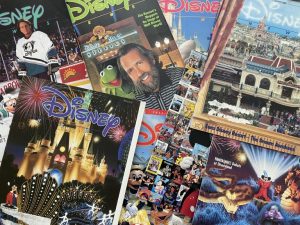 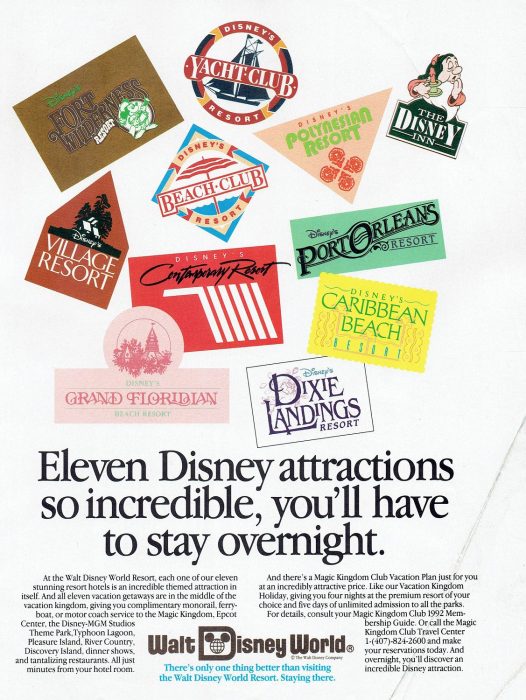 Starting out the post with some heat 🔥. This Walt Disney World ad features many of the resort logos, including a couple that have been renamed. At first glance the logos may appear to be haphazardly thrown on a blank page, but to me they evoke a sense of traveling. Almost like they’re stamps on a passport, or patches on luggage like you’d see in an old timey movie. 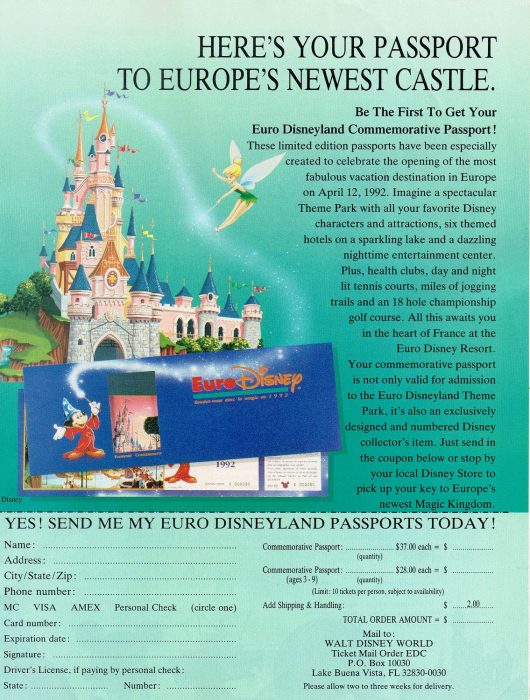 If you subscribed to Disney News Magazine in the 90s you are no doubt familiar with this ad for a commemorative Euro Disneyland grand opening ticket. This same ad ran in the magazine for many years. I assume the ticket sold well because I frequently see it for sale at various antique shops and Disneyana collectors shows to this day. If you’re curious, this ticket costs $71.06 when adjusted for inflation. That’s expensive for a souvenir, but don’t forget you could actually use the ticket to enter the park. 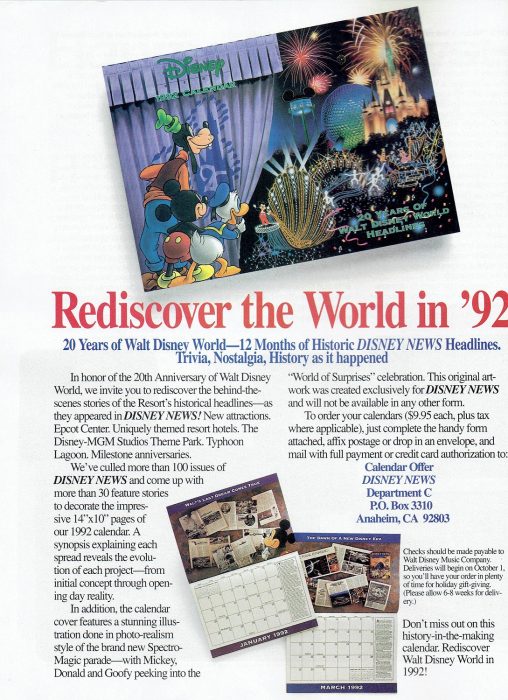 Another ad that isn’t very exciting but I had to include it because the cover of the calendar is pretty fantastic. That’s a great compellation of each park’s icons and a now beloved parade. Hopefully Disney will offer a nice calendar for WDW’s 50th anniversary. 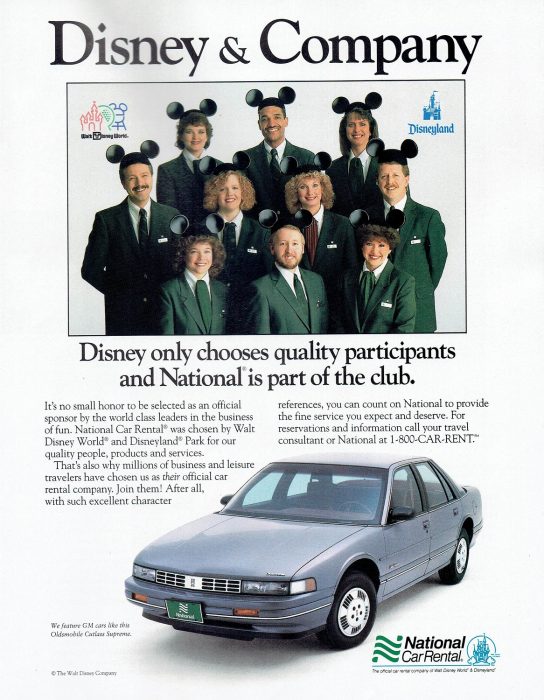 I did a whole post about vintage rental car ads from the pages of Disney News Magazine, but luckily there’s still more of them to share. They got a bit lazy with this one as it doesn’t feature a rental car sitting in front of the castle or some other park icon, but the spirit is still the same. 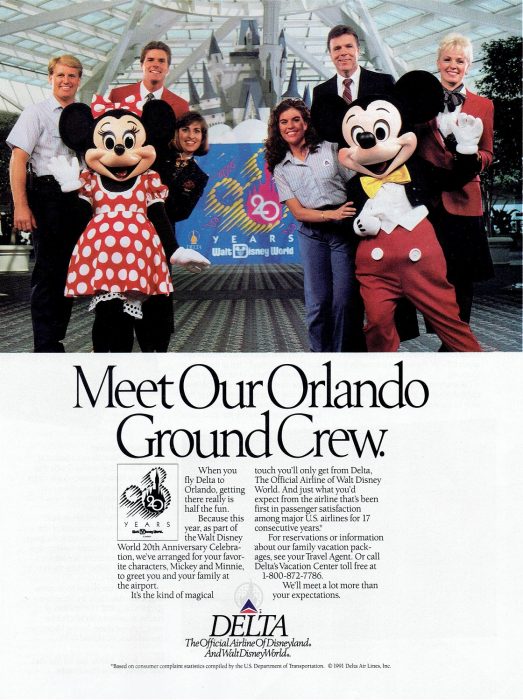 For some reason, Delta being The Official Airline of Disneyland And Walt Disney World was a huge deal to me as a kid. It could be because I saw nonstop Delta commercials touting this partnership, or that I frequently watched those WDW planning VHS tapes that all had segments dedicated to Delta. Delta also had their own ride at the Magic Kingdom, Delta Dreamflight, which made them feel even more special. 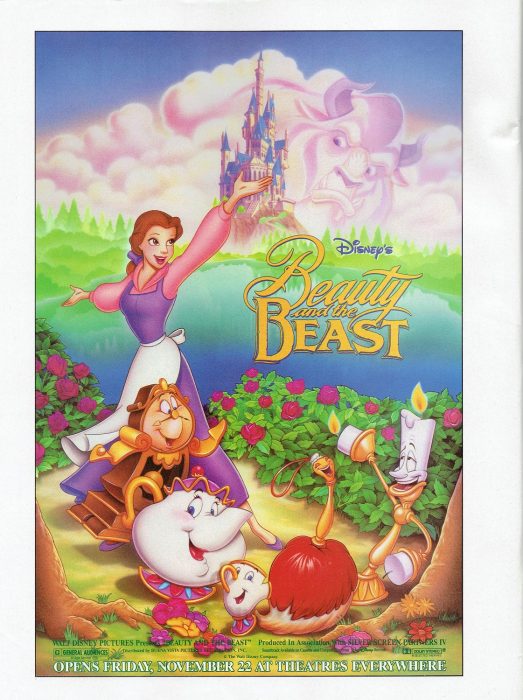 Back in 1991 Beauty and the Beast was a upcoming new movie everyone was excited about. This ad depicts the scene where Belle and the gang escape the castle through the forest past the lake. Then they wave to Beast, who has turned in to a giant angry cloud. Classic!