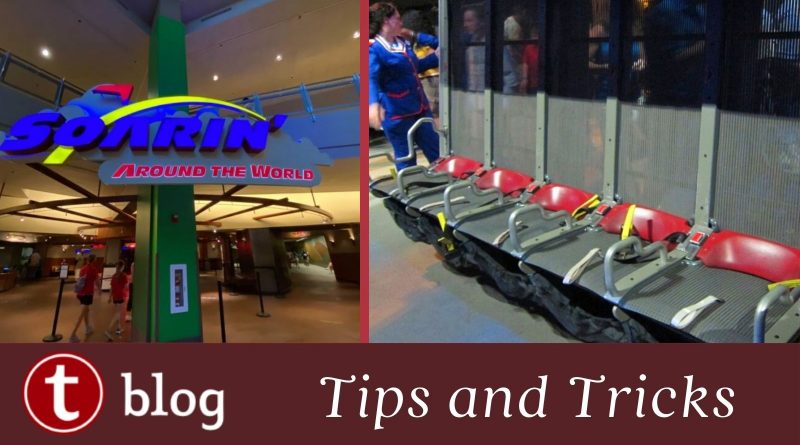 Here’s the thing, I love theme parks, but I don’t like intense thrills. I have been working to improve this as best I can, but there was a time when I was nervous about riding attractions that many would consider “not that bad.” Soarin’ at EPCOT is one such an attraction. When it first opened, I felt butterflies as I read the words “thrilling” and “swooping” on the ride’s descriptions. But after that first initial ride, I became a fan. I realize there may be some other folks out there who have some trepidation about feeling a soaring sensation, so I am here to help.

What type of ride is Soarin’?

Some folks describe Soarin’ as a simulator. This description is not wrong, but it is not altogether correct, either. You do get close to a screen and watch as a film filled with sweeping landscapes fills the visual field before you. The ride “vehicle” does move in relation to the visuals on the screen. However, it is a much smoother and tamer experience than the average simulator attraction. You are not in an enclosed vehicle like other simulators, such as Star Tours or Millennium Falcon: Smuggler’s Run. I don’t do so great with most simulators either, but Soarin’ is cinch for me because it is wide open and the motion is not too dramatic.

There is a somewhat famous story about an Imagineer working on the ride during its development. The ride vehicle system needed to pull off the sensation of soaring over a beautiful landscape and one did not really exist prior to Soarin’. The Imagineer came across his childhood erector set and tinkered around with it, and soon he had the model for what would become the ride system.

In the preshow area, you are assigned a row. These rows represent the three rows of seating that you will see once you enter the attractions theater. As you walk in you will file into your corresponding row. The theater initially does look like a strange movie theater, with rows of seats and a big screen in front. If you look above you before you get in your seat, you will get a sense of how the rows will soon glide into the air.

Once everyone is in their seat and buckled in, the experience starts. The lights dim and soon the rows lift off the ground, and glide toward the screen. Each row stacks on top of the other. So if you are in the front row as you board, you will be the top row once the attraction starts, this means you will be the highest row. The back row as you board is the bottom row and the lowest off the ground, once the attraction starts.

If you have a fear of flying or of heights, I personally would not feel comfortable recommending that you ride Soarin’. However, these tips may prove helpful for some individuals, depending on your specific needs and condition. I do get motion sick easily and this does lead me to have hesitations with thrilling experiences.

If you are going to ride Soarin’ for the first time I highly recommend requesting to sit at the bottom / last row, if you have concerns with being too high up. The center seats of the row have a slightly better view. But, if you are seated at either end of the row you can look to the side, away from the screen, if the motion gets to be too much. My first few times riding Soarin’ I would look away from the screen and either look at my feet or look off to the side. This helped me a lot.

If you are in the middle row or bottom row you will see the dangling feet of the guests in the row above yours. This also helped me my first few times.

It also helped to see the faces of other guests who were thoroughly enjoying the ride. Soarin’ is not very intense, and if you look to the side and watch the ride mechanism itself, you will see you do not move all that much. At the end of the experience you may hear others guests clapping or cheering. This was much more of a prominent occurrence when the attraction was new, and when it had its original film featuring California. Pretty much everyone you ask says they prefer the California film over the new-ish Soarin’ Around the World option. Still, Soarin’ is a great attraction for many guests, and if you have some hesitation, I hope these tips have helped.

Are you a fellow ride wimp? What tips do you have for riding Soarin’? Let us know in the comments!

3 thoughts on “A Ride Wimp’s Review of Soarin’”