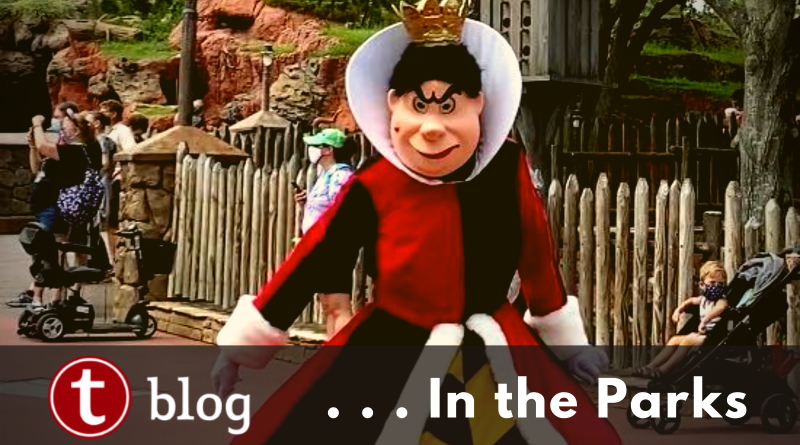 It’s been a rough year. But, something wickedly fun this way comes as Halloween is now in full swing at Magic Kingdom. For the first time in forever, many of the Halloween festivities that are exclusive to Mickey’s Not So Scary Halloween Party are now available for guests to enjoy in the park, during the day, included with admission.

Our team waited until yesterday afternoon to venture into the park to experience the Halloween offerings. This allowed the morning rush of fellow Disney enthusiasts to pass through and provide us with a more realistic view of Halloween 2020 at the Magic Kingdom.

Some of the highlights of Halloween daytime festivities at Magic Kingdom are:

Our team really enjoyed the enhanced Halloween-themed cavalcades. Keep in mind, there is no published schedule for the cavalcades in order to avoid crowds lining the streets ahead of time. I, personally, have not been back to Magic Kingdom since the reopening, but I have been to EPCOT and Disney’s Animal Kingdom, and without intending to, I have caught all of the cavalcades offered at each park.

There are lots of Halloween treats at Magic Kingdom this year, many of which used to be exclusive to the party. During our team’s visit yesterday they tried Constance’s For Better or For Worse Wedding Cake. This picture perfect mini wedding cake is $6.49 and available at Liberty Square Market.

This “wedding cake” is more of a mousse. Even though citrus-scented cake is supposed to be the main ingredient, the raspberry Bavarian cream rules over the cake. It is a good choice for fans of The Haunted Mansion, but our team prefers the Pumpkin Spice Mickey Waffle Sundae and the Poor Unfortunate Souls Float.

Even though I wasn’t present, knowing our team was seeing Disney Cast Members, characters, and guests in festive Halloween attire has brought a smile to my face. It is always reassuring when our favorite traditions return each year.

So is it worth venturing to Magic Kingdom this year for the Halloween festivities? Is it enough to satisfy Disney fans who are saddened by the cancellation of Mickey’s Not So Scary Halloween Party?

Our general consensus would be, yes! All things considered, it is a great move on Disney’s part to weave in some of the things guests love about the Halloween Party, like the costumes, music, and unique character appearances, into the daytime for regular park hours. These are strange times, and safety is paramount. Disney has found a reasonable way to create a festive Halloween environment that still focuses on health and safety.

Our team will be at the Magic Kingdom frequently over the coming days to share with you more about the Halloween festivities, as well as helpful planning information – it’s what we do!

What’s your favorite part about Halloween at Magic Kingdom? What are you excited to see this year?