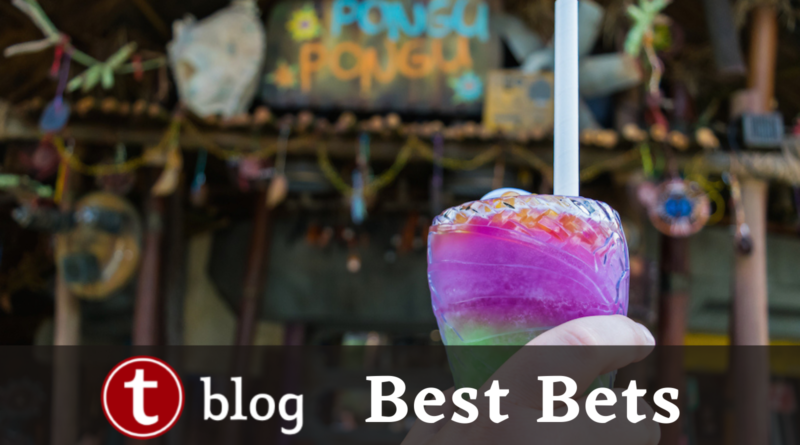 I’m not ashamed to admit it, I’ve indulged in a delicious mocktail once or twice while at Walt Disney World. It’s not that I’m hanging up my “Drinking Around the World” hat just yet. But sometimes, an evening of imbibing just isn’t on the menu. Truth be told, I have found several of these cocktail-wannabes to be as good, if not better, than your traditional libation. So, we’ve concocted a list of the most delish Mocktails at Walt Disney World!

And get this, none of them are at EPCOT! 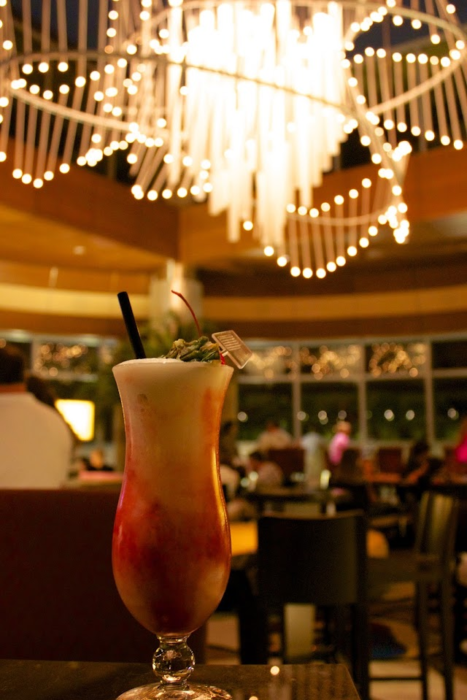 This tropical twist on the classic colada invites a thick raspberry puree into the mix, providing an ultra-sweet yet refreshing refresh to this traditional cocktail. While it can be prepared as an “adult beverage” (shown here), it also makes for the perfect mocktail. Believe me, each sip is jammed with so much flavor, you won’t miss the rum at all! 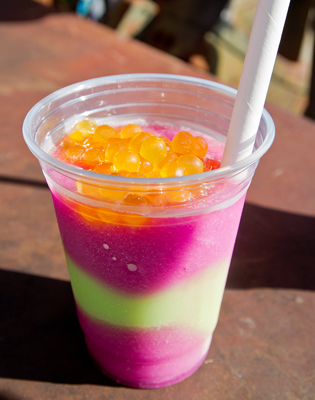 Packed full of punch and panache, this exotic thirst quencher is as tasty as it is pretty. In fact, it fits in perfectly with Pandora’s bioluminescent atmosphere! Described as, “layers of Apple and Desert Pear Limeade topped with Passion Fruit Boba Balls,” the Night Blossom is the perfect pick-me-up in the middle of a hot day at Animal Kingdom aka the hottest of the hot theme parks! 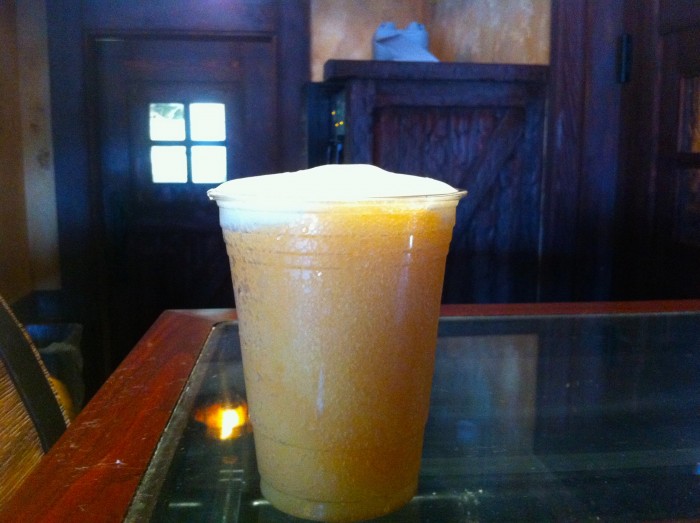 If you’re a fan of Frozen Butterbeer over at Wizarding World of Harry Potter, Lefou’s Brew is guaranteed to tickle your tastebuds! This vegan-friendly no-sugar-added frozen apple slush presents a hint of marshmallow flavoring and is topped with a passionfruit-mango foam. While this delicious drink travels relatively well, we suggest enjoying it at Gaston’s Tavern, especially if you’ve opted for the souvenir Stein or Goblet! 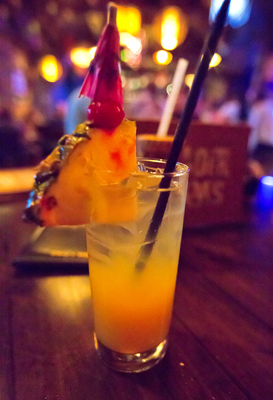 Don’t let Trader Sam’s reputation scare you away! Sure, this cozy tiki haven has a lot of “spirit”, but that doesn’t mean they don’t offer something for everyone! For example, here we have one of Sam’s No-Booze Brews, the famous Schweitzer Falls, obviously named after good ol’ Albert… Falls! Tropical Juices and Sam’s Gorilla Grog topped with Sprite make this alluring mocktail a tea total-er’s dream! 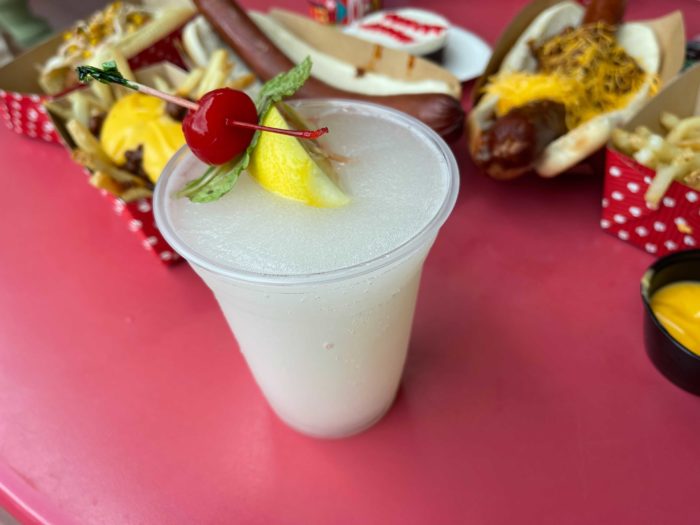 Move over, Disneyland… Walt Disney World has gotten in on the Mint Julep fame-game! The big difference between the two is that Disneyland’s version is not frozen. Though, I wouldn’t let that deter you, as your Julep is likely to lose its icy constitution relatively quickly throughout Florida’s summer months! Walt Disney World’s take on the classically blended Mint Julep features Minute Maid Premium Lemonade, topped with fresh Mint Leaves, Cherry, and Lemon. It may sound kind of standard and certainly not as “dressed up” as a few of our other selections, but we assure you, there is no better blend to enjoy whilst walking right down the middle of Main Street, USA.

And there you have it, our list of the Best Mocktails at Walt Disney World. Have you tried any of these delicious drinks? Which is your favorite? Is there a Walt Disney World Mocktail out there that didn’t make it on the list? Let us know in the comments below!

One thought on “Best Mocktails at Walt Disney World”