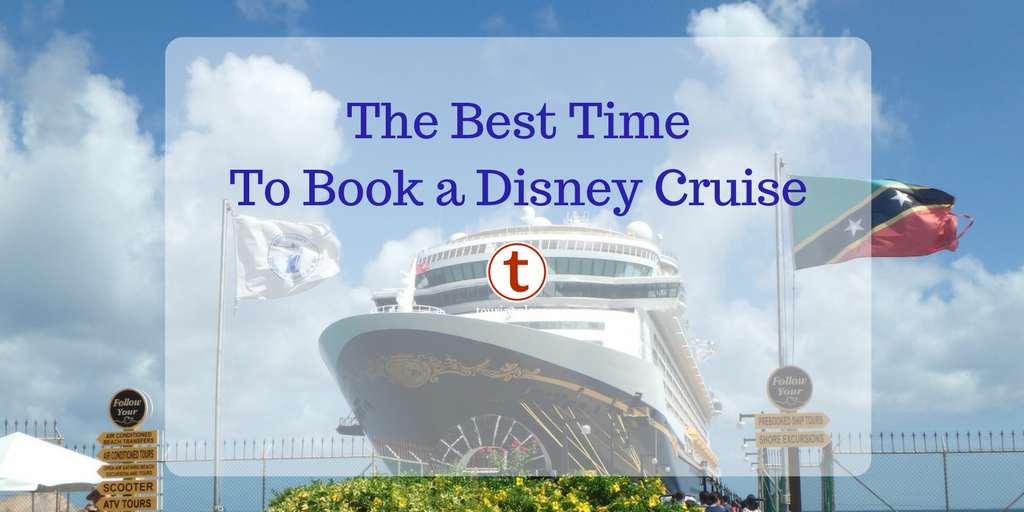 When is the best time to book a Disney Cruise Line cruise? It may be right now. That’s based on an interesting development we’ve noticed in DCL pricing: there are a lot fewer last-minute bargains.

This wasn’t always the case. Last year, for example, your typical family of 4 could save around $900 off a high-deck Category 4A cabin on one of the Wonder’s summer 7-night Alaska cruises, if you booked at the last minute instead of a year in advance:

For Disney’s 7-night Alaska cruises on the Wonder this summer, the best time to book was around 11 months ago. Prices rose steadily after then: Those cabins seem to have sold out at around the 60-day mark, even though they cost around $5,500 more in 2017 — an increase of around 50%. This is probably why Disney has ordered 3 more cruise ships.

If Disney has indeed stopped making last-minute discounts widely available, they’re not the first to do it. Royal Caribbean said in 2015 that customers should stop expecting last-minute discounts. And for two years, Royal’s customers waited until the last minute, expecting management to cave and sell rooms at a discount rather than let the ship sail with empty staterooms.

But RCL’s management didn’t budge, even though they admitted to losing revenue because of it. In 2017, however, RCL’s customers seemed to accept that Royal wasn’t bluffing, and began to book cruises earlier. The result has been stellar earnings for Royal Caribbean and record occupancy in 2017.

Here are the 2017 price trends for other popular Disney Cruise Line destinations. The Dream’s typical summer, 4-night Bahamas cruise shows a similar price trend in 2017 to 2016, in that the last-minute fare was more expensive than booking early. These fares were up by about 5% in 2017, too. There’s more volatility in 2017’s fares in the middle of that upward trend, but upward is still the direction:

Here’s the price trend for a summer, 7-night Western Caribbean cruise on the Fantasy in 2017. This one is a little different in that you could get a better deal on a Category 4A at 6 to 4 months before departure instead of a year out: and the same cruise and cabins in 2016. Note that you could get a Category 4A cabin for less at 60 days out than you could at 400 days to a year in advance:

Finally, here’s the price trend for 7-night Mediterranean cruises on the Magic in 2017: and the same cruise price trend in 2016. Cabins were cheaper or about the same price within 30 days of travel than when they were released 15 months in advance:

While there’s still some variation among all of these cruises, the overall trend seems to be towards fewer last-minute discounts. If you’re thinking of taking a DCL cruise for next summer, the best time to book it might be now.

2 thoughts on “Best Time to Book a DCL Cruise? Today.”