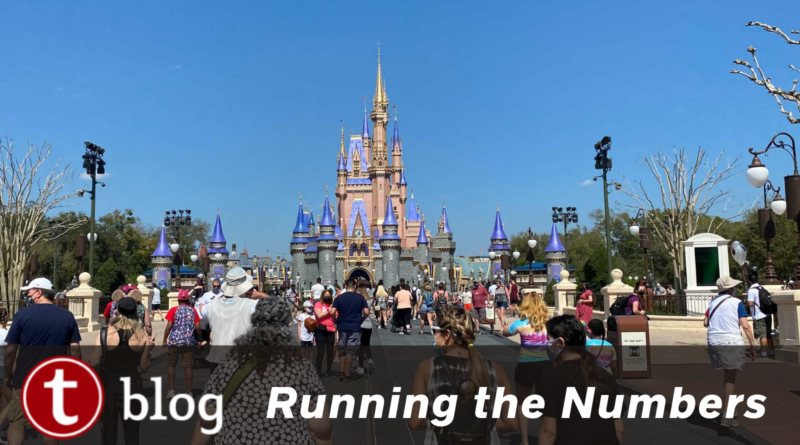 When Disney World reopened in July of 2020, nobody was surprised that demand might be lower than usual. International borders were closed, interstate travel was laden with quarantine rules, and within the parks so much was closed that “Hey, for that much money let’s wait it out until it’s normal again” was a perfectly reasonable position. It was hard to tell how much personal risk thresholds might be affecting demand.

A year later, a lot has changed. Many overt signs of physical distancing such as plexiglass dividers on the rides and spacing markers in the queues are gone.  Most dining venues have reopened and buffets have started to return.  Although many of the logistical barriers of last year are gone, we’re still seeing signs that the pandemic can impact demand for Disney vacations.

TouringPlans crowd levels are based on posted standby wait times, which means that they’re sensitive to operational changes. When trying to assess demand, it’s difficult to meaningfully compare crowd levels between, say, February 2021 and August 2021.  That’s because increases in park capacity, ride capacity, and the number of open attractions in each park during that 6 month period have changed the relationship between the wait times and the number of people in each park. Comparisons of 2021 with 2019 are similarly problematic because FastPass was in use in 2019 and it isn’t now.

Although it’s difficult to directly compare the numbers, we can still assess trends. It’s only the middle of August, and recent wait time posts on this blog have featured headlines like

On August 16th, waits were so low that Rise of the Resistance went to a standby line with two hours left until park closing.

Some of this could be from capacity constraints boosting wait times (and therefore crowd levels) earlier in the year.  Some of it could be the beginning of the school year in Southern states.  But in the August and September Crowd Calendar Update, Steve noted that the late summer drop-off this year seemed to begin earlier than we are used to seeing.  With two more weeks of data under our belts, that trend has only continued and crowd levels appear to have plateaued at the bottom.

Is it only Disney World?  We can’t compare crowd levels at Universal Orlando directly to Disney World, but again we can look at the trends.

It’s kind of hard to tell what’s happening there, especially because Universal Studios is pegged at a 10 in late July and early August. There’s definitely a drop-off, but it looks a bit more like it doesn’t really get going the week of August 8th, where the Disney World drop begins at least a week earlier around August 1.  This could mean that falling crowd levels at the World are influenced partly by Disney’s announcement on July 28th that masks would be required indoors regardless of vaccination status.

Cancellations and Other Intent to Visit Markers

You can see that when we look at crowd levels, there can be lot of squinting and trying to compare small differences in trends. When we see a change in demand, it’s difficult to tell how much is people changing their plans (cancellations) vs. people simply not planning to be there from the get-go (times of lower attendance).

Some data that tells us more directly about changes in intent to visit over the next several months includes the frequency of new TouringPlans subscriptions, and page views on this blog. Some readers are happy to keep up with us whether they’ve got a vacation in the works or not, but many check the blog more carefully when they’re planning a trip. Both new subscriptions and pageviews fell about 30% between July 28th and July 31st.

Cancellations is one of the clearest indicators of a change in intent to visit; there’s not really any way to interpret a cancellation outside of “I was going to visit, and then something made me change my mind”.

Of course, cancellations happen all the time for lots of reasons.  Just this week I cancelled a reservation because we decided that we were going on a different weekend to accommodate family schedules.  When you have more than the usual number of cancellations all at once though, that’s telling.  In the week after Disney World announced the resumption of indoor masking, the TouringPlans Travel Agency had over $100K worth of cancellations.  Not all of those trips were to Disney World, but many of those cancelling at Disney cited the mask policy as their reason.

Masks are a hot button topic, but before you get all excited about this as evidence to support your position on them (whatever it is), cool your jets.  Cancelling because of the mask policy could mean anything from “I was watching those numbers nervously and this is the last straw, it must be bad down there” to “I got a vaccine so I wouldn’t have to wear a mask, dagnabbit I’m not going if I can’t be mask free” to “I waited until Disney got rid of the mask policy to book my trip and now that they’ve put it back I’m not going”.  Our Twitter poll clearly shows that no matter what people think about masks, there’s plenty of concern about the risk of getting sick.

A question from a reader that would be interesting to share. If you had a WDW trip and have cancelled/are going to cancel, which is your *primary* reason why?

Outside the Disney World Bubble

On Disney’s August 12th quarterly earnings call, it was announced that the US parks had been profitable in the 3rd quarter and that capacity would be 100% everywhere in the World by the end of year.  Yet here I am writing about signals that demand is way down. Are there reasons to believe that this isn’t just a self-inflicted wound on Disney’s part, brought on by reinstating an indoor mask policy?  Or that it isn’t simply an even earlier and slower version of the usual slow season in September, as people wait to visit during the 50th Anniversary? The answer is yes. 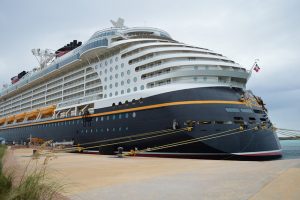 There’s been no change in mask policy on Disney cruises departing from Florida; after all they only just restarted on August 9.  Members of our team are in a few Facebook cruise groups, and cruisers who are backing out (in large numbers) are mostly reporting that it’s concerns about the Delta variant and the COVID case rates in Florida that are driving them.

Airlines are another travel sector that is seeing a sharp drop in bookings and an increase in cancellations. On August 2, media outlets were reporting that air travel was hitting new pandemic highs and airlines were scrambling to keep up. Just 9 days later there were stories of Southwest warning about increased close-in cancellations and a downward demand trend as COVID cases surge across the country.  As with cruise ships, these changes aren’t the result of policy shifts since airline COVID policies have been consistent over the last several months.

Early in the pandemic, there were a lot of conflicting opinions on the economic impact of lockdowns and capacity restrictions.  A year and a half in Disney is open and most restrictions are gone, but rebounding demand has made a sharp turnaround in the face of rising case rates. Lockdown or no, it seems that pandemics are just really bad for business.