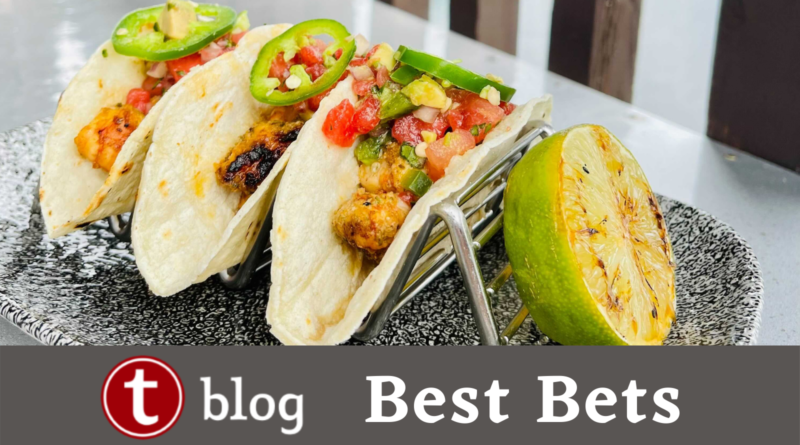 While EPCOT is the usual destination for festivals at Walt Disney World, this summer Disney Springs is getting in on the food crawl game with the Disney Springs Flavors of Florida event! 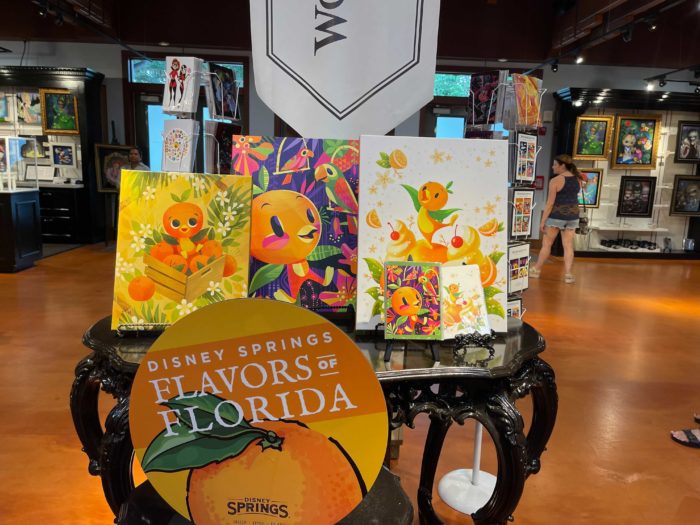 So if you’re looking for a festival to tide you over until the kick-off of EPCOT International Food and Wine, or just some new fun bites to try after all that Disney Springs souvenir shopping, here’s a list of the participating Disney Springs locations:

To make that exhaustive list a little more digestible, Disney Springs guests can also pick up a Flavors of Florida event guide at the Disney Springs Welcome Center or at other participating locations.

Now, of course, our park reporter Chrissy was on the scene the day Flavors of Florida began at Disney Springs. These are the items she loved most and will be back for again soon! 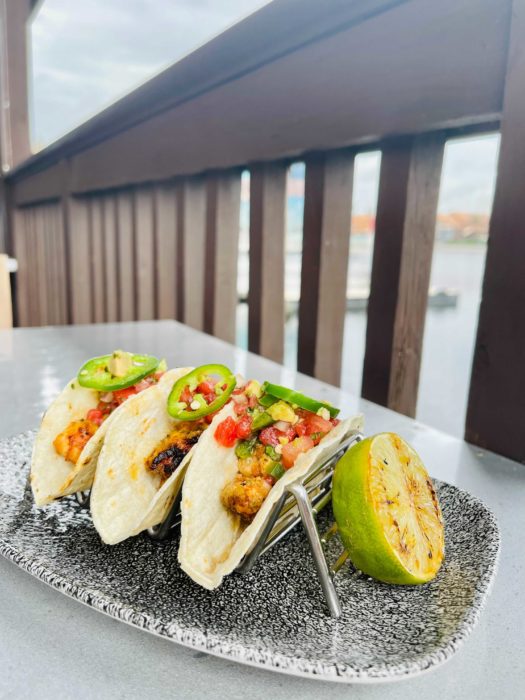 Described as jerk-spiced shrimp served in a grilled corn tortilla with watermelon pico de gallo, Chrissy says this new dish is a good portion for the price. 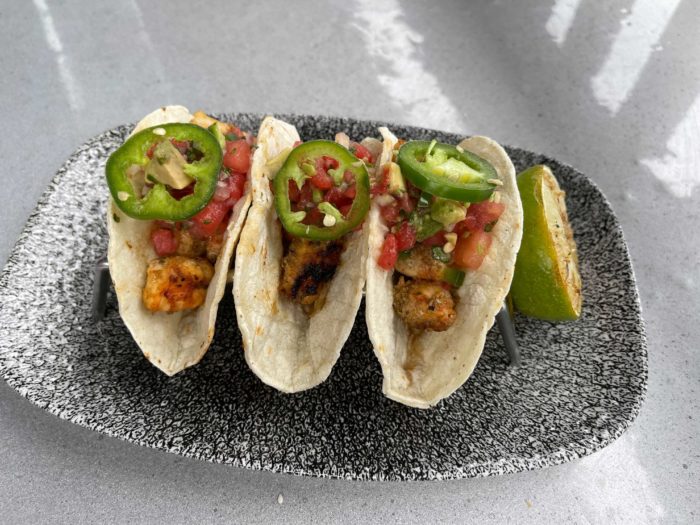 It has a slow heat that grabs you at the end, but the bite from the grilled lime eases the fire and just leaves you happy and full. 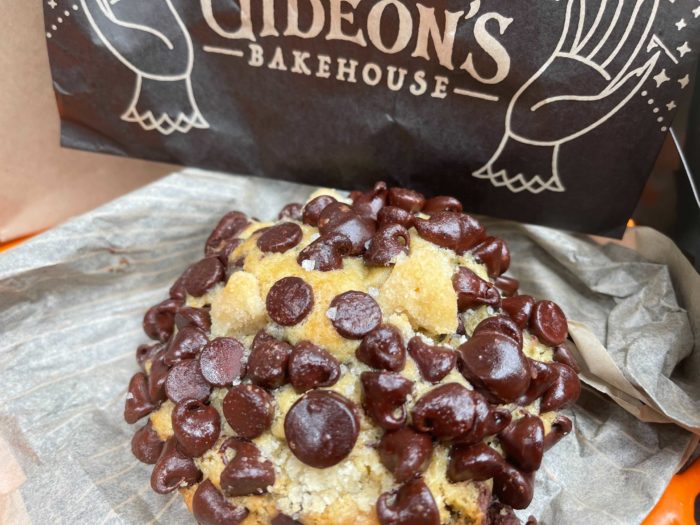 Since this is a Florida-themed event, there’s a lot of Key lime to be had at Disney Springs right now, and that includes Gideon’s Bakehouse’s latest cookie.

The menu lists this massive chocolate chip cookie as infused with Florida Key lime juice, covered in dark chocolate, and then coated with crunchy pie crust crumbs. And, according to Chrissy, the tart lime flavor and the sweet from the chocolate are both present in this ginormous treat!

Of course, Gideon’s latest cake slice was also on the agenda because, well, it’s from Gideon’s! 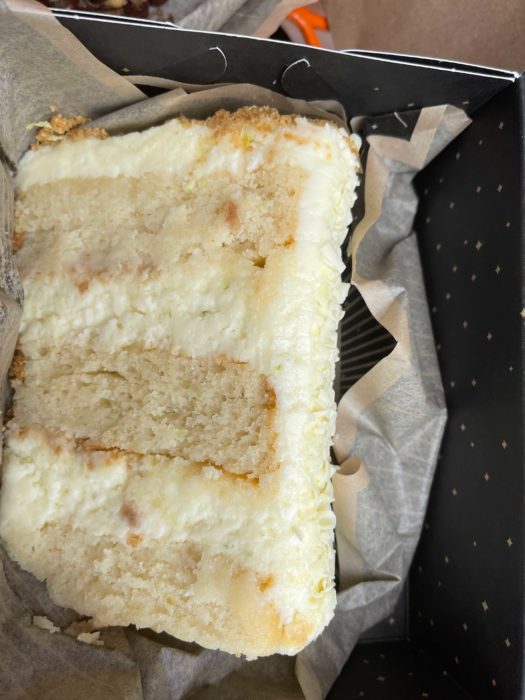 Chrissy says this cake is basically everything good that citrus has to offer. You can actually see lime zest in the icing! It was her favorite sweet treat of the day!

Pro Tip: Gideon’s usually offers a virtual queue that allows you to leave your number & come back when you get a text. Early morning or less crowded days may mean a wait in a standby queue. 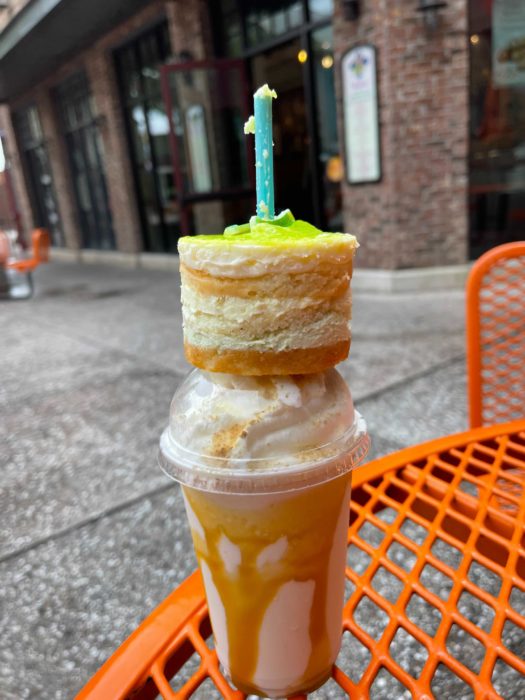 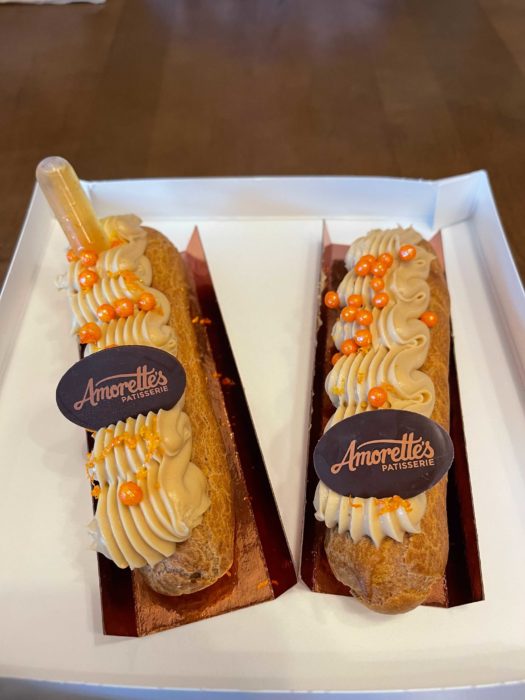 Chrissy says she loves the new tropical desserts Disney’s rolling out with their little pipettes of alcohol, as this blood orange, dulce de leche mousse is infused with orange liquor. In her words, it was a tidy shot of spirits to pair with chocolate art! 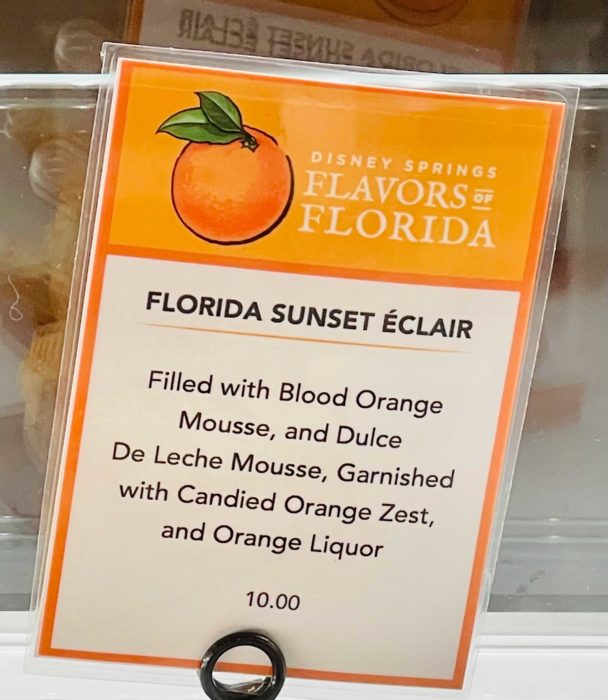 Again, this treat was a win. But it’s not just for guests who enjoy alcohol. Guests can also enjoy this eclair without the orange liquor as well. 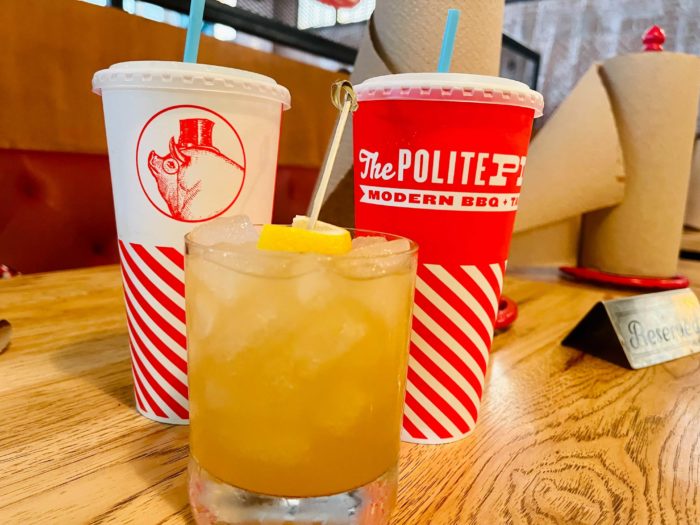 This sweet summer drink is a blend of lemon juice, honey syrup, and gin with a splash of soda; and in Chrissy’s estimation, it tastes like liquid honey candy with just the right amount of lemon and gin. Just joy and worth every cent. 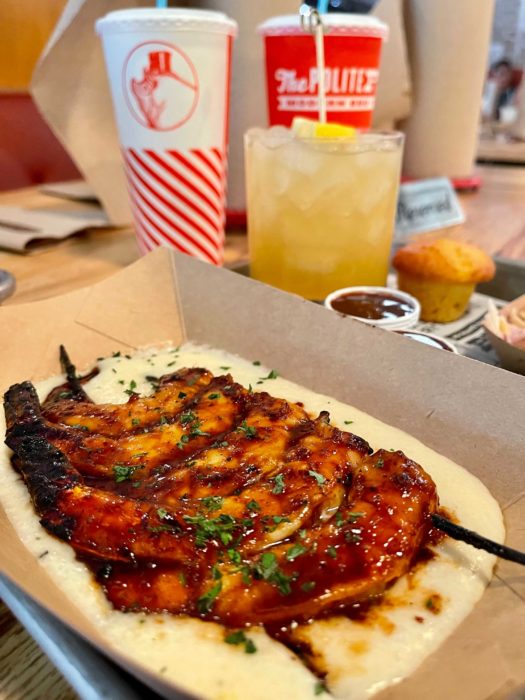 While a Southern, Sunshine State staple on its own, The Polite Pig kicked this dish up a notch with a Florida peach and habanero glaze. Chrissy described it as a beautiful, sweet, sticky/spicy glaze on perfectly cooked shrimp. 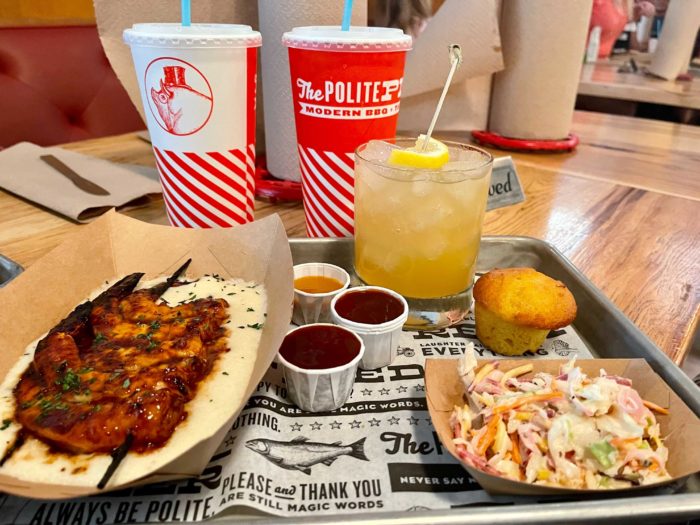 The true smoked flavor on top of the creamy grits looks like a large portion until you find yourself scraping the side of the bowl with your cornbread. Basically, don’t plan on sharing this. There will be a fight. Save a life and just get two. 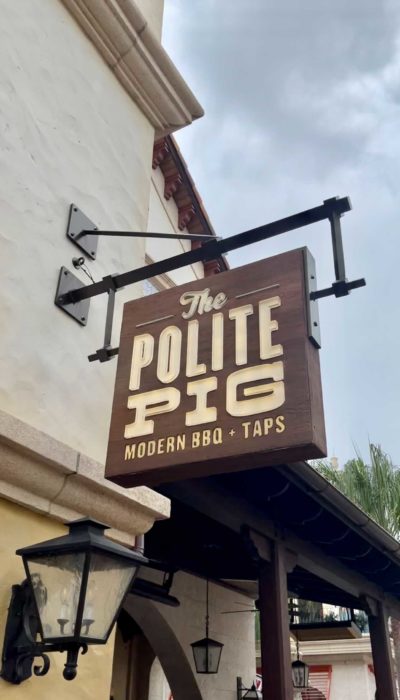 Pro Tip: Don’t let the line out of the door of The Polite Pig dissuade you! This Disney Springs restaurant is well staffed and keeps the line moving. No reservations are needed, you can just walk in.

So that’s a roundup of our favorite, Sunshine State tastes from the Disney Springs Flavors of Florida event!

Will you be checking out any of these Florida flavors during a Disney Springs shopping spree? Let us know in the comments!