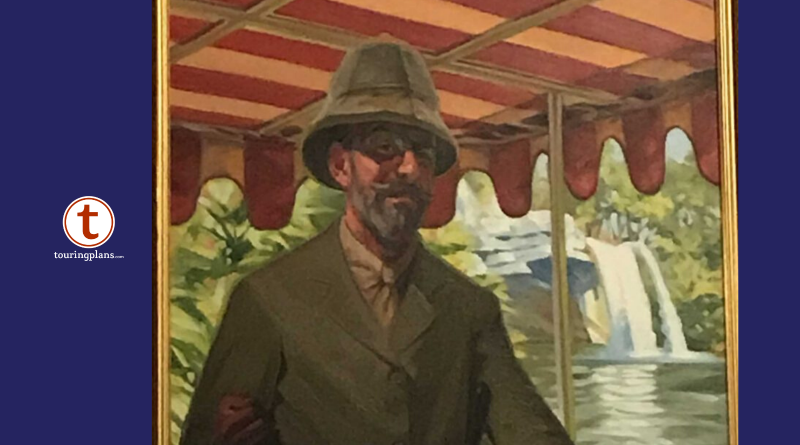 There are certain things synonymous with a Walt Disney World Vacation, such as Cinderella Castle, monorails, attractions, and, of course, characters! After all, if you didn’t meet Mickey and Minnie, a Disney Princess, or your favorite Pixar character, did you even go to Disney World? However, when exploring the parks and resorts, some guests may come across character merchandise or references they’re not familiar with or who don’t have a Disney movie of their own. So for today’s installment of Disney Characters You May Not Know, we’re taking a look at the namesake of the Jungle Cruise’s famous Schweitzer Falls: Dr. Albert Falls!

Who is Dr. Albert Falls? 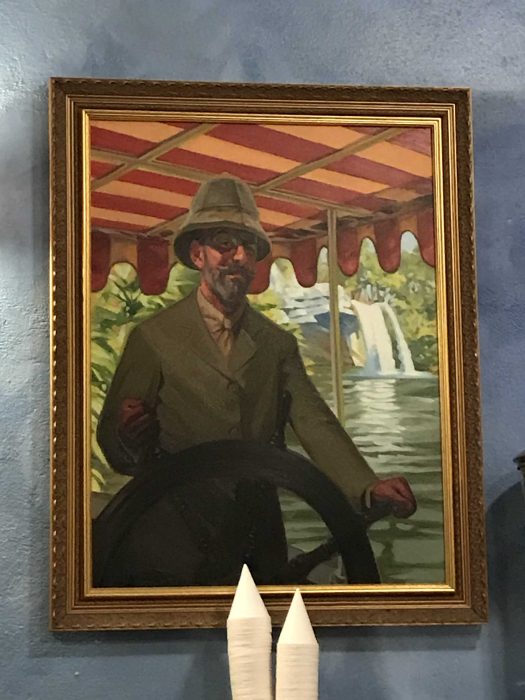 According to his story, Dr. Albert Falls was an explorer who founded the Jungle Navigation Co. Ltd. in 1911 which shipped goods and supplies up and down the world’s exotic rivers. In fact, the Jungle Cruise’s famous Schweitzer Falls was named after Dr. Falls. He was also a member of S.E.A., the Society of Explorers and Adventurers, and would host some of the society’s meetings. His granddaughter Alberta came to live with him when she was young and eventually inherited his business. She then shifted the focus of the Jungle Navigation Co. Ltd. from shipping to tourism, which is how the Jungle Cruise was born. Due to the booming business, Alberta turned the family business office into the Skipper Canteen for hungry travelers.

The History of Dr. Albert Falls? 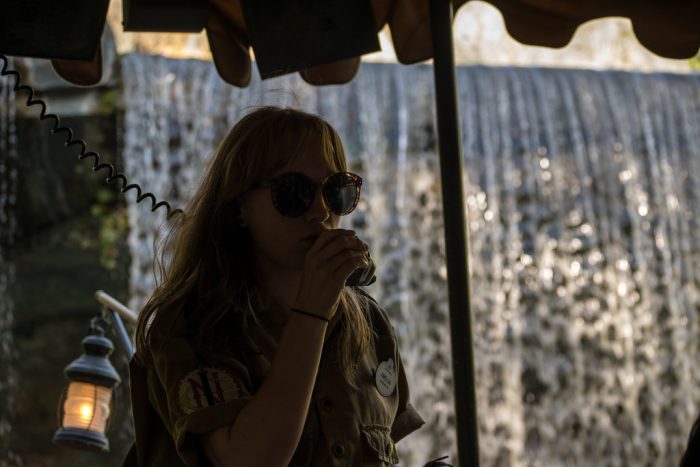 Dr. Albert Falls originated from a classic Jungle Cruise joke. Skippers would point out they were passing Schweitzer Falls, named after the great explorer Dr. Albert Falls. Over time, Dr. Albert Falls went from a punchline to somewhat of a character; however, in reality, the falls actual namesake was intended to be Nobel laureate Albert Schweitzer.

When the Jungle Navigation Co. Ltd. Skipper Canteen restaurant was being developed at the Magic Kingdom, the Jungle Cruise mythology expanded. Imagineers decided to make Dr. Albert Falls into an actual character with his own story, history, and role in Jungle Cruise.

It was also decided to make Dr. Albert Falls a member of S.E.A., the Society of Explorers and Adventurers. Created by the Disney Imagineers, S.E.A. is a fictional organization of intrepid characters who play roles in Disney Park attractions all over the world. Imagineers have left references to these characters and S.E.A. at their respective attractions and locations creating a larger, interconnected story that spans the globe!

There are other locations at Walt Disney World with odes to the members of S.E.A. For example, over in Frontierland at the Magic Kingdom, there are references to Barnabas T. Bullion in the queue for Big Thunder Mountain Railroad. Guests can also learn about Captain Mary Oceaneer at Typhoon Lagoon’s Miss Adventure Falls. Lastly, at Epcot’s United Kingdom, check out the library which serves as the pavilion’s Kidcot station. Here guests may find a Society of Explorers and Adventurers handbook!

Where Can You Find Dr. Albert Falls?

Of course, aboard the Jungle Cruise is where you can hear the classic Dr. Albert Falls joke which inspired the character; but to see Dr. Albert Falls and his world, you need to venture over to Adventureland’s Skipper Canteen restaurant.

Inside the restaurant, you can visit his family parlor and even see a portrait of himself, probably hung by his granddaughter Alberta. If you pass through his bookcases, you will find Dr. Albert Falls’ secret room where he would meet with members of the Society of Explorers and Adventurers. 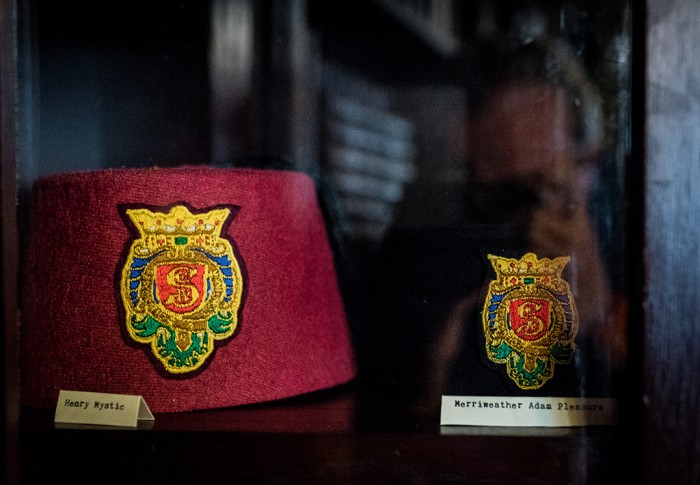 Here you may find books written by Dr. Falls, a painting of the Shir Lee Temple which he discovered, artifacts he and other members collected, and even S.E.A. fezzes belonging to himself and other members of S.E.A.

Fortunately Dr. Falls isn’t exclusive to the Magic Kingdom at Walt Disney World. Disneyland guests can find a portrait of Dr. Falls hidden at Adventureland’s Bengal Barbecue. Also, at Adventureland’s Tropical Hideway, look for a wall covered in oars belonging to members of S.E.A. Dr. Falls’s oar represents one of his expeditions in 1903.

Are you a fan of the Jungle Cruise? Did you know about this Disney character or is he new to you? Please share!

One thought on “Disney Characters You May Not Know: Dr. Albert Falls”