It’s been nearly a month since Disneyland debuted its new Diamond Celebration nighttime entertainment, and by now several members of the Touring Plans team — including Seth Kubersky and Guy Selga — have had a chance to experience the new productions from multiple angles. Over the coming days, we’ll be sharing a preview of the new 60th Anniversary updates that we’re including in the upcoming Unofficial Guide to Disneyland 2016. To start off, here is our newly released Paint The Night parade review:

Paint The Night Description and Comments

Disneyland’s newest nightly parade, Paint The Night (Author’s rating 5 stars) is patterned after the processional that debuted at Hong Kong Disneyland in 2014, and was duplicated (with a few new additions) as part Disneyland’s Diamond Anniversary entertainment additions. Inspired in part by the original Main Street Electrical Parade, these brand-new floats are covered in 1.5 million LEDs. Each float represents a classic Disney or Pixar film, as scenes from from Monsters Inc., Cars, Toy Story, Beauty and the Beast, The Little Mermaid, and (wait for it…) Frozen are brought to life by a cast of over 75 performers, who bounce down the route to the upbeat soundtrack of Wreck-It Ralph’s “When Can I See You Again?” by pop artist Owl City (your kids will know who that is). Keep an ear out for musical nods to “Baroque Hoedown,” the old Electrical Parade’s synth-tastic theme song. 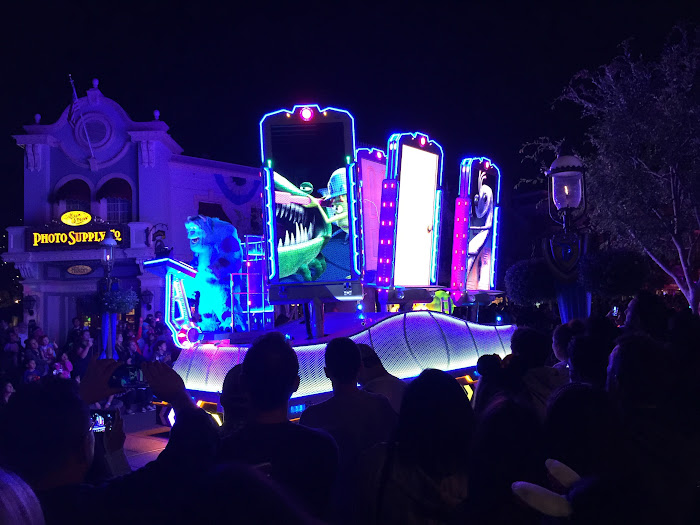 In our opinion, Paint the Night is one of Disney’s best nighttime parades ever, and is not to be missed. 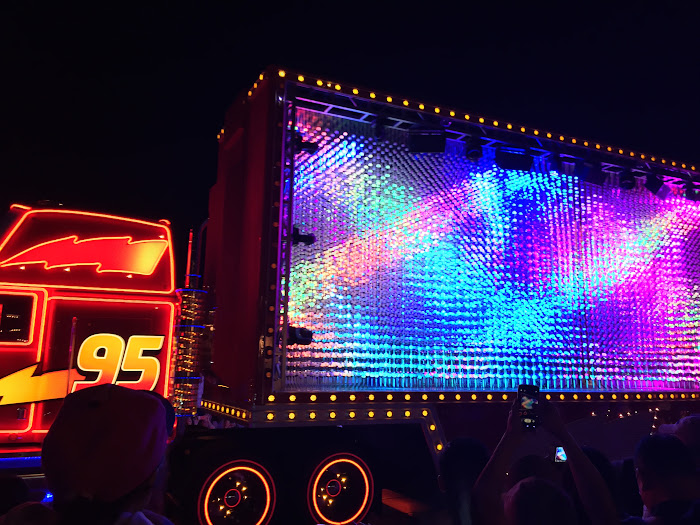 On nights with two scheduled Paint the Night parades, the first performance will start at ‘it’s a small world,’ travel past the west side of the Matterhorn, go clockwise around the Tomorrowland side of Central Plaza, head down Main Street, and then circle Town Square counter-clockwise. The second performance will begin at Town Square and run the route in the opposite direction. Most guests watch from the Central Plaza or from Main Street. The viewing area in front of ‘it’s a small world’ will fill up last so we recommend checking there if you need a spot. Keep in mind this is a new parade for the 60th Anniversary Celebration and has already proven very popular with guests. On busy days you may need to devote over 1 hour of time to make sure you secure a good spot for the parade. 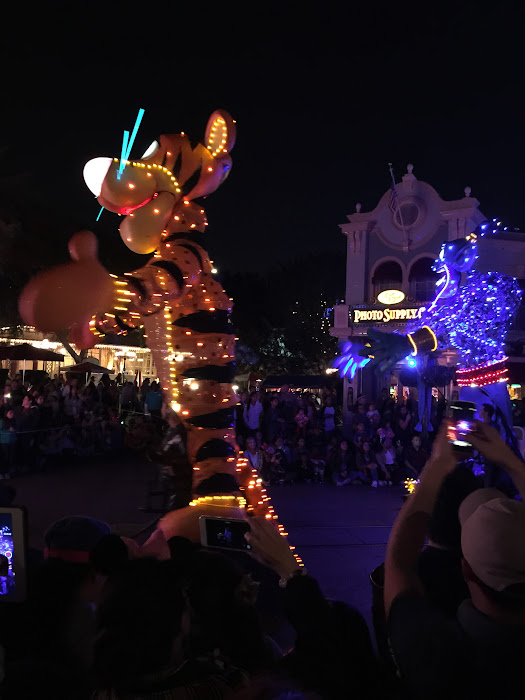 The parade route will fill up will fill up a couple of hours early for the first showing, so we recommend grabbing a spot for the fireworks, and then immediately taking a spot for the second performance of Paint the Night. Any spot along the parade route will offer the same experience so you shouldn’t worry if you can’t see the parade on Main Street. And since all the floats and many of the puppets are exceedingly tall, you shouldn’t have to be seated right up front to have an excellent view. 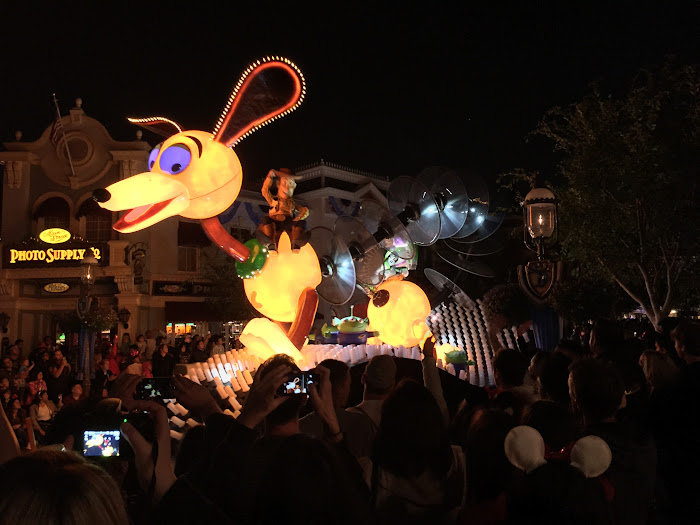 Once the parade has started, count on gridlock all along the route, especially on Main Street. And since all the floats and many of the puppets are exceedingly tall, you shouldn’t have to be seated right up front to have an excellent view. Due to aggressive crowd control restrictions on the sidewalks, you’re best off entering or exiting the park via the backstage breezeways (if open) or Emporium shops. 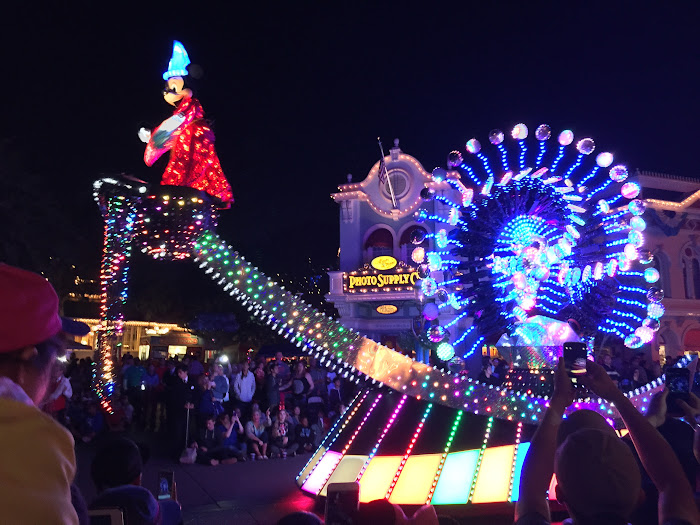 If you can’t make it to see Paint The Night in person, enjoy this video of the complete show shot by Guy Selga:

What do you think of Paint The Night? Share your own review in the comments below!