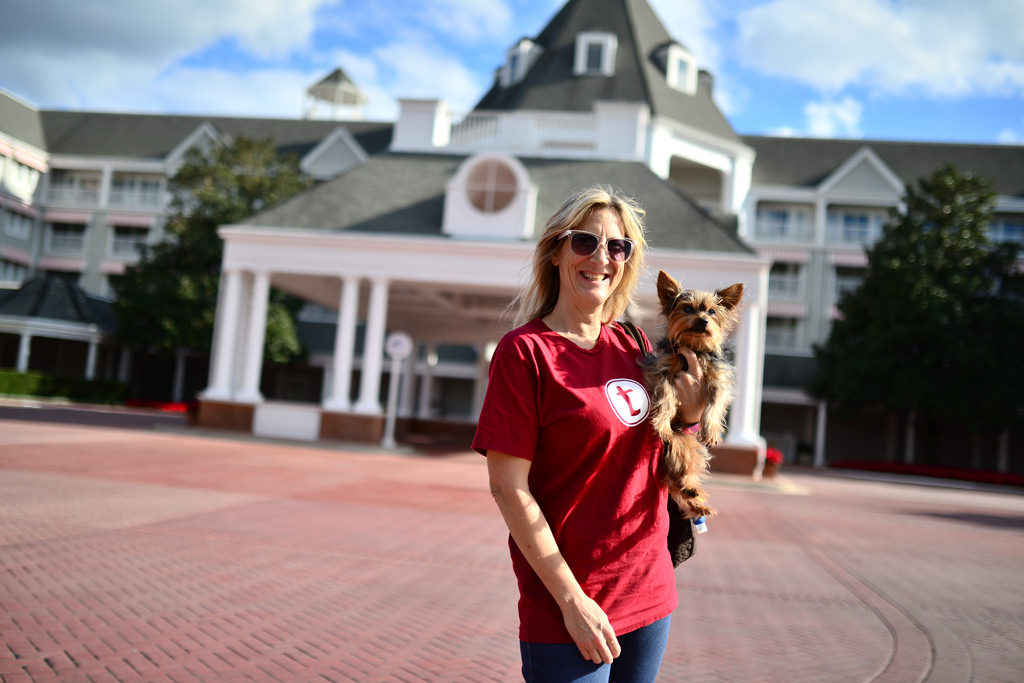 In October 2017, Disney announced that for the first time ever, four of its hotels on property would have dog-friendly rooms. As with just about every announcement Disney makes, the reaction online tended to skew towards “the sky is falling” mentality. Despite only separated areas at four resorts (Art of Animation, Port Orleans Riverside, the cabins at Fort Wilderness, and the Yacht Club) would accept dogs, you would have thought by the reaction that every Disney hotel at WDW would be turning into a Petco. Even the SATURDAY SIX had a little fun with some of the over-the-top reactions to the announcement.

Fun aside, as a pet owner myself, one of the reasons my family has preferred staying onsite at Universal versus Disney over the years is because most of Universal’s properties are pet friendly (only Cabana Bay doesn’t allow animals.) Our dog Sebastian is now 17, and we prefer not to board him anywhere. We decided to use the on-site Best Friends Pet Care to board Sebastian during a family trip in September. While we were more than satisfied with the location, amenities, and staff on Best Friends, we still didn’t like being away from our smallest family member for so long.

When Disney made the dog-friendly hotel announcement, we knew it was time to book another trip to The World.

Because the dog-friendly policy is so new, I expected there to be a lot of openings at the hotels. In my mind, not many people can adjust their Disney World vacation to include their pet. However, when I went to book the date I wanted, I found out all the dog-friendly rooms were booked. So I tried a different date. Same thing. A third date found the same results. My fourth date option finally had a room available at Disney’s Yacht Club. At Universal, the “pet fee” is $50 a night, but that fee is capped at $150 for length of stay. At Disney, the pet fee for AoA, POR, and the cabins at FW is $50 a night, but at Yacht Club it is $75. I do not believe that the price at Disney is capped at any point.

With the room booked, it was time for a road trip!

The weather could not have been better for our trip to Orlando.

As a superstitious person, being able to get one of the first couple spots in the Self Parking Lot seemed like a very good sign. While I personally had never stayed at the Yacht Club, I had family from New Hampshire who stayed at the hotel during Hurricane Irma. In fact they stayed an extra three days at the Yacht Club because the Orlando airport closed, keeping them in Florida. When the storm passed, we drove up to spend a day with them at the hotel, and I was defintely impressed.

We parked the car and it was time to head in with Sebastian. Normally when I stay at Disney, I just check in early and go enjoy the parks until I get an alert that my room was ready. With Sebastian, that wasn’t an option, so instead I timed our arrival to the hotel at 3PM, hoping that would be late enough for a room to be ready upon check-in.

The good news was that a room was immediately ready (I told you that parking spot was lucky.) The Cast Members at the front desk did a great job checking us in fast and getting us all the information we needed to know.

Here are the official dog policies of Walt Disney World.

You may have to click on the map below to expand it in order to see the circled area where our room was. It was a surprisingly long walk from the lobby. The only thing even close to our rooms was a quiet pool, so if we wanted to do or see anything at the resort, it took another long walk back to the main hub.

We thought the room was fantastic. I’m not exactly sure when these rooms were refurbished, but it couldn’t have been that long ago as everything looked fantastic and there were electrical outlets and USB ports all over the place.

Sebastian approved of the beds.

Here is a panoramic look at our view from outside the room. While it’s a little hard to see in the picture, we were really close to the Walt Disney World Dolphin hotel.

Here is a view of the dog-friendly rooms taken from the side of the building. We were in the third room if you are counting down.

Upon check-in, guests are given “Pluto’s Welcome Kit.” This yellow bag contained a pamphlet for Best Friends Pet Care, two pee pads, food dish, water dish, placemat, bandana, and a pet waste dispenser filled with bags. No food was included. One thing Universal has available as part of room service is a Lowes Loves Pets menu, where you can order dry food, canned food, and even “hot canine entrees” (like I could make that up!) I did not see anything available for pets on the Disney room service menu.

One other thing that was included in the Pluto Welcome Kit was this special Do Not Disturb sign that specifically tells Cast Members that a dog is in the room.

Here is the Dog Relief Areas map. The location is near the dog-friendly rooms and is directly next to the quiet pool.

This is the view from the main Yacht Club door leading out to the quiet pool. The Dog Relief Area is found by following the walkway on the left.

Standing at the container, here is a view of the left side of the walkway. As you can see, there  is no way your pets can access the grounds from this area. The walkway going to the left in the picture solely leads to a door that is closer to the dog-friendly rooms.

While we did bring dog food for Sebastian, one of the things we wanted to try on this trip was the newly opened Ale & Compass restaurant at the Yacht Club. Sebastian’s mommy felt he would like “the 16 ounce t-bone steak.” Yes, you read that right.

She also ordered him some fries.

SURPRISE, he liked it. I think I need to leave a Cast Compliment to the chef, but I’m not sure if I post it on Twitter or Rover.com.

We had a great time at the Yacht Club. The room was clean and looked tremendous, the staff was exceptional, dinner at Ale & Compass was a big thumbs up (the deconstructed apple pie dessert was a huge hit), and – above all – Sebastian enjoyed his stay. We never encountered any other dogs during our time at the hotel, which is pretty much the same thing we find when staying at Universal. For all the outcry about how pets will ruin the experience at hotels, it truly is Much Ado About Nothing. Your odds of having an personal experience with a dog, or being in an area that a dog was recently in, is probably 10 times larger at the parks or Disney Springs (if not even higher) than it is at a dog-friendly hotel. Service dogs, both the real ones along with the increasing amount of fake ones, are now a regular part of the Disney experience, much like strollers and ECVs. You will NOT be put into a dog-friendly room unless you specifically ask for one. The rest of the hotel is canine-free.

We’re looking forward to taking Sebastian back with us up to WDW in the near future. Hopefully we can try out one of the cabins at FW, as that’s something I’d like to check off my Disney Bucket List (it would also give me an excuse to book another dinner at Trail’s End, like I needed one...)

To compare prices, for Sebastian to stay a night in an inside standard room at Best Friends Pet Care it costs $44 ($41 if you are staying onsite at Disney.) An indoor/outdoor room is $49 ($45 if staying on-site.) Best Friends will provide food, but you can also bring your own. There is no welcome kit of any kind.

40 thoughts on “Are Disney’s Hotels Going To The Dogs? A Review.”