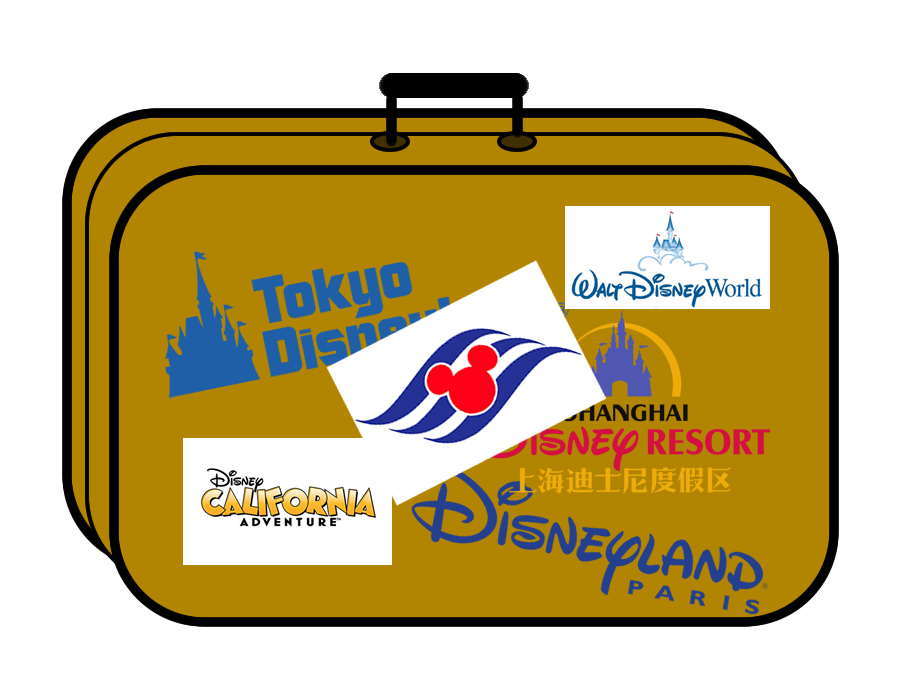 Welcome back to the TouringPlans Blog Office Holiday party! We’ve gotten James to relinquish the lampshade but now Daisy has challenged Dani to a Feat of Strength! Gather round the Festivus Pole, readers, and see what gifts Santa brought the virtual office this year. If you missed Part One, read it here.

To Alex from Daisy:

I was a little worried when I pulled Alex‘s name out of the hat. A smart, worldly soon to be 15 year old? Add in her karate skills and I’m pretty sure she might be an undercover super hero. So I started small and decided on one thing that had to be included: Taylor Swift!

Since you can’t give a person as a gift (free will and all) we’ll have to settle on a Taylor Swift concert, but where? Disney World, Disneyland, Disney Cruise, or somewhere else in the Disney Universe? I tried to think of all the special places I’ve heard about or been lucky enough to visit. Only the best is good enough for Alex’s virtual Christmas! I finally decided on Club 33 at Disneyland for a private dinner with Taylor and a little after dinner music.

But then I thought, why stop there? If you’re at Disneyland and had a great meal then why not do some shopping? In New Orleans Square there’s a Pandora shop, so how about matching “best friends” bracelets for Alex and TayTay? With new jewelry acquired, the last stop would be VIP viewing for Fantasmic. Because when it comes to virtual Christmas there are no refurbishments! (Certainly not ones that last 18 months!)

To James from Laurel:

So, you know that guy at the office you haven’t really met yet? That’s James to me. Now, I could have just jiggered the selections to someone I know better (because I was the one doing the random selection) but that’s the coward’s way out. So I went back and read some articles. Oh – so it’s *that guy* – you know the one who went to DL Paris, WDW, and Disney over 2 weeks. The one who *really likes* Southwest Airlines.

You know what James needs? A transatlantic trip on Disney Cruise Line. Why – because this guy is always working! He is hacking his vacations, and taking a deep look at the math behind getting an annual pass, and planning ahead for the ZOMBIES. He’s even telling us how to get work done on our trips. Sounds like someone who would appreciate the forced relaxation of 15 nights on a ship to me.

So James, pack your bags – you’re sailing to Barcelona! Because it’s Christmas, and Santa moonlights as a pirate, the Disney Fantasy will be commandeered for your journey. You’ll have plenty of room to roam the decks pondering what to do with your new found free time. On your cruise, you’ll be forced to relinquish your laptop to the Cruise Director upon boarding, and your mobile phone will only run the DCL onboard app. The spa staff will reserve the Rainforest room for you and you alone, where you’ll be one with your thoughts (of whether there are zombies at sea). On Castaway Cay, the staff will attend to your every need except the request for a power outlet.

So enjoy! Don’t worry, you’ll be back to work blogging for TouringPlans soon enough. Happy Christmas! We’re looking forward to your article on how you turned a carved fruit display from the buffet into a satellite capable of sending the internet to the TV in your cabin.

To Dani from Sarah:

We all know that Disney World has plenty of thrilling rides, but every once in a while it’s nice to slow down and take a break from the twists, turns, heights, and drops. And so, my Secret Santa gift to Dani is a magical, pixie-dust powered button that turns any ride from thrill to chill. With this magical button, Dani can experience the sights and sounds of a relaxing visit to the World and thus find the serenity needed to write new blog articles. Here are some reimagined rides to be featured in a personalized Touring Plan for Dani.

We start in the Magic Kingdom with Big Thunder Mountain—The Mildest Ride in the Wilderness: view real-life animals of the plains during a slow-paced jaunt through the open range.

Animal Kingdom has Easy Everest: discover a secret track to Picnic Plateau for lunch and the all-important afternoon touring break. And in Epcot, take a turn on Tested Track: testing is over so no more breaking and shaking—time to meander along on a Sunday drive with views of Florida’s own scenic A1A.

Dani, just let me know if you want someone to ride along. And Merry Christmas!

To Kristi from Liz:

The second I read that I was picking a gift for Kristi, I knew exactly what to do. Kristi and her family are huge fans of both Disney and the Amazing Race. Every summer they compete against each other in their own vacation version, which they dubbed Amazing Race Around Disney World. So as my gift to Kristi, I would have her family participate in a worldwide Disney version of the Amazing Race. Just like the TV show, it would have 12 different segments, called legs, with overnight pit stops and prizes for the first-place finisher for each leg. However, unlike the show, every round would be a non-elimination round. Therefore, rather than face elimination, the last place team must suffer through a penalty challenge.

That’s it for Part Two! Are you ready for your own Amazing Race around the Disney resorts? Stay tuned for tomorrow and the final wrap!

And from all of us to all of you, thank you for a great year and have a wonderful holiday season.