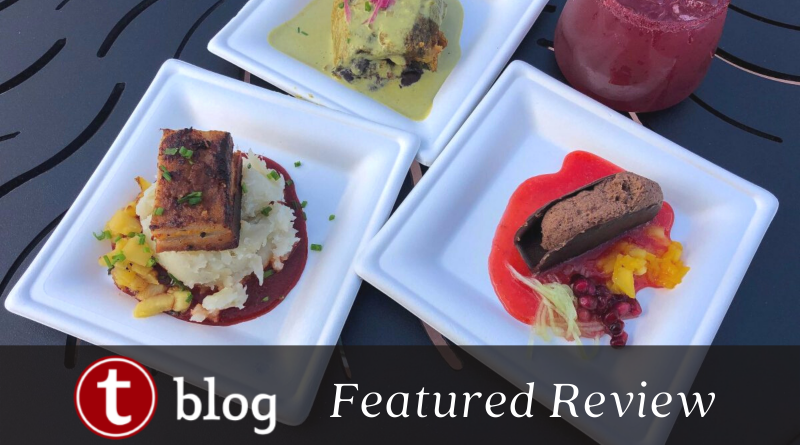 Dining with allergies, food sensitivities, or dietary preferences can be challenging in restaurants, and can be even mores at festival booths. EPCOT offers several gluten-free options at different food booths for Festival of the Arts. These are indicated in the festival passport with an orange G symbol. It is noted, however, that because the foods are prepared in the festival booths, they are essentially prepared in a shared kitchen and there is a possibility of cross-contamination.

With that caveat aside, if you’re looking for gluten-free options, there are several at this year’s festival. Like all festival food in general, some are better than others. Here’s our reviews. 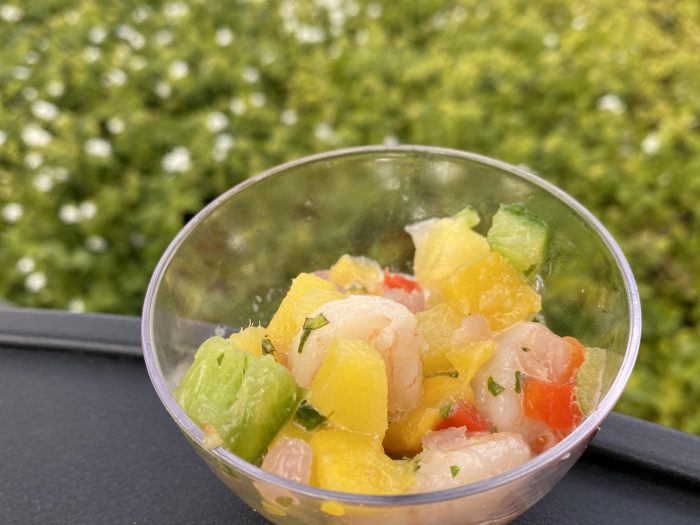 Let’s get the bad news out of the way first. At the Pop Eats booth, the Shrimp Ceviche with lime mint foam ($6.00) at Pop Eats was incredibly disappointing with mealy shrimp and a lack of flavor. This one is a hard pass. 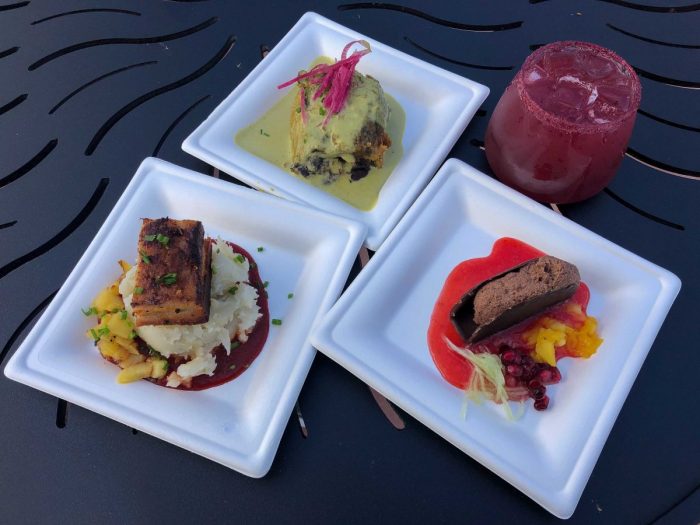 By far, this booth is the most gluten-free friendly out of the festival, with all three food dishes qualifying.

By far, the favorite from here was the Pork Belly Pastor: Sweet and savory and a good portion. It’s worth getting again, although lines for the booth can be long.  Although the chile relleno was good, it wasn’t a huge standout. The flavors are fairly spicy, but not painfully so, however the addition of spice takes away from the potential for other flavors. For the Taco de Chocolate, it has good flavors, but the serving size is really small. 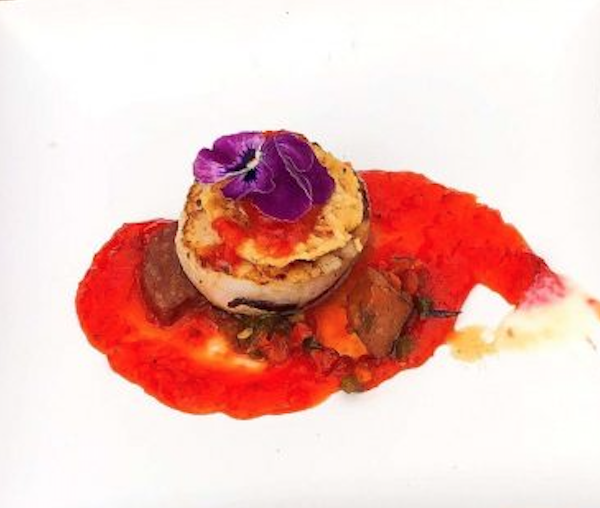 The Pan-Seared Scallop with Chorizo, Roasted Red Pepper Coulis, and Parmesan Crisp ($7.00) is a beautiful dish to look at — it really is a work of art. The flavors are good as well, and our scallop was cooked perfectly. One challenge for that price tag, however, is that you’re paying $7 for a single scallop. Given the limited offerings for gluten-free options, it is worth the price, but there is a bit of sticker shock that comes along with it.

The menu description, like the dish, is a mouthful: Blue Corn Pupusa, Stuffed with Cheese and Topped with Shredded Pork, Guajillo and Árbol Chile Sauce, Cabbage Slaw, and Aji Amarillo Crema ($6.50). There’s a lot of flavors packed into this dish, but it’s a really sound offering that works well.