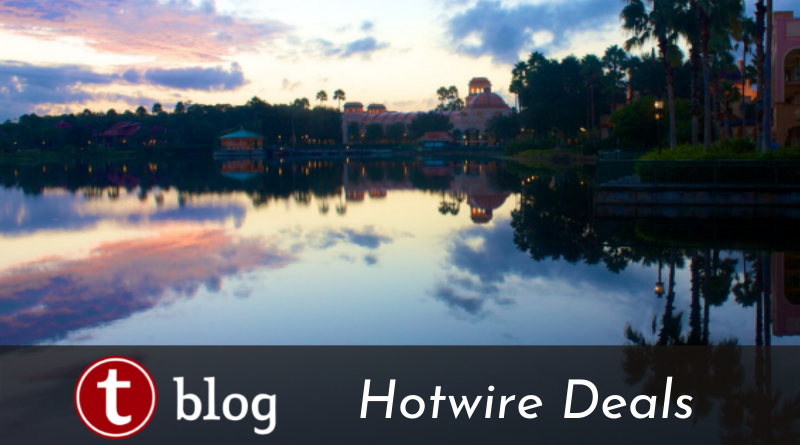 Now that I’ve gotten my gratuitous exclamation point usage out of the way, here’s a quick report on some hidden deals over at Hotwire in October: Pop Century as low as $80, and Coronado Springs as low as $97 – very nice deals if I might say so.

For the record, we’ve seen  Coronado hidden deal rates on Priceline Express in the $80s-$90s before, but most were back in 2018. The average hidden Coronado deals I’ve recorded in both October 2018 and 2019 is $111, so the current ones are mostly below that average, which is nice.

Before you take a gander at the calendar, I have a couple of bits of info to share:

First, in addition to these new Hot Rates, you might want to go over and check out the Flash Sale over at DVC Reservations for some other nice deals. You can find Old Key West studios on most dates from September 20 – 30 for $135, many October dates for $135, and a few October dates (Fridays October – 23 and Saturday October 24) for $179. You’ll want to be sure to sign up for their alerts to receive those deals.

Back to Hotwire, choosing one of the $82 Pop deals, I compared it to Disney rates for the same day: the best deal I could find was for annual passholders at $124. However, the best non-AP rate directly from Disney was the current Magic is Here rate at $142. So, this is some hefty savings.

Also, as with any hidden deals, the dates you search may matter in what deals you are shown. There were several days at the end of the first week of October that did not have deals when I searched one night at a time. However, when I expanded my window to start on September 30 or earlier, Pop deals for October 2-4 magically appeared.

As a side note: you may also find some similar Coronado deals appear in Priceline Express results at the end of the month, but for now it looks like they all send you to the “Sorry! This deal is gone.” page when you try to book them.

Finally, here’s how to spot these deals: Pop is a 3-star 4.4-guest rated resort in Bonnet Creek and will look like this in the Hotwire results: 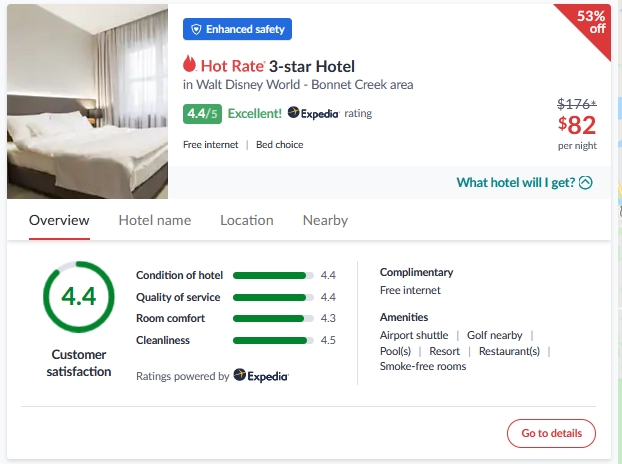 If you still are a non-believer, go compare the main rating and sub-ratings here to Pop’s page on Hotwire. Or, even easier: scroll down in the search results and find the non-hidden Pop deal – you’ll find the main ratings match (3*, 4.4-guest) and the price there will typically be within $1 or $2 of the crossed out rate you see above.

To spot Coronado, look for a 3.5*, 4.3-guest rated resort in Bonnet Creek. Below are examples of a hidden deal and a non-hidden deal on the same day for comparison. 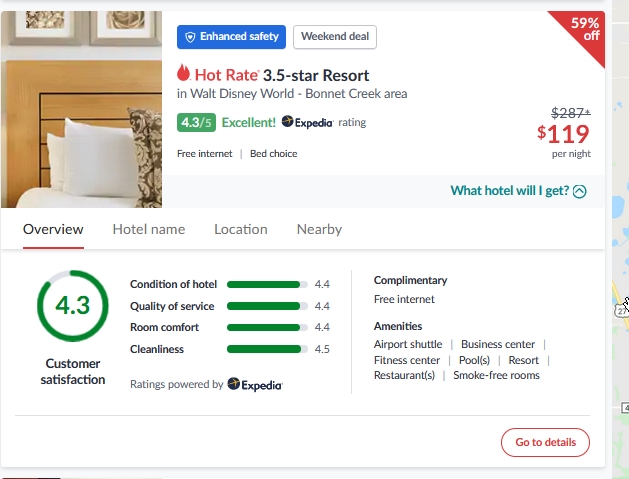 And now, the data you’ve been waiting for – here’s a calendar of the deals I’ve spotted. I wish you luck catching one for yourself! 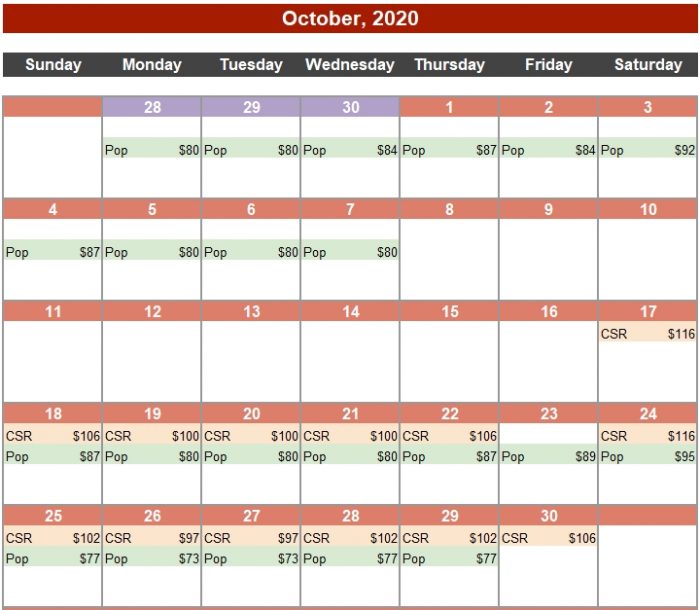 If you’ve found your way back to Disney with one of these deals or have any questions – please let us know in the comments!