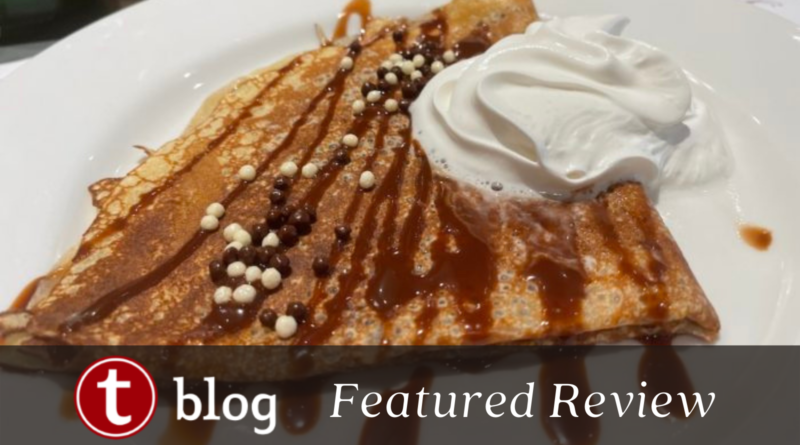 One of Walt Disney World’s many new experiences debuting just in time for the resort’s 50th Anniversary is the La Crêperie de Paris at EPCOT’s newly expanded France pavilion. This area opens this week officially, however it has been available to sample during previews for Annual Passholders, DVC members, and more. 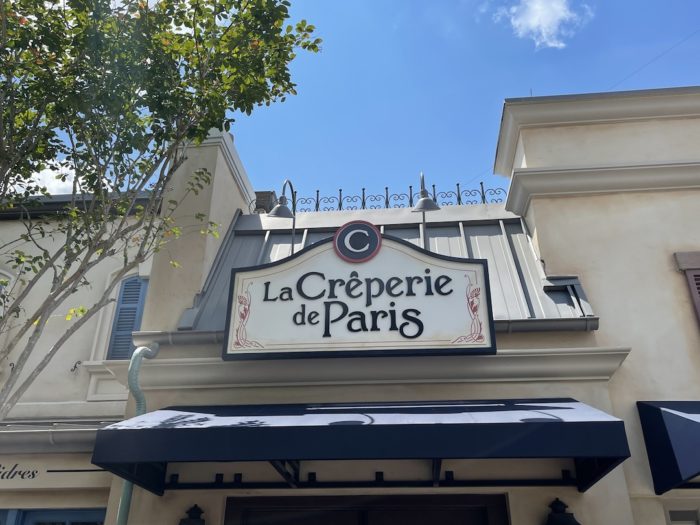 Designed to be a traditional crêperie inspired by France’s region of Brittany, La Crêperie de Paris specializes in both sweet and savory crêpes which our park reporter Chrissy was able to sample during a preview day for Remy’s Ratatouille Adventure. 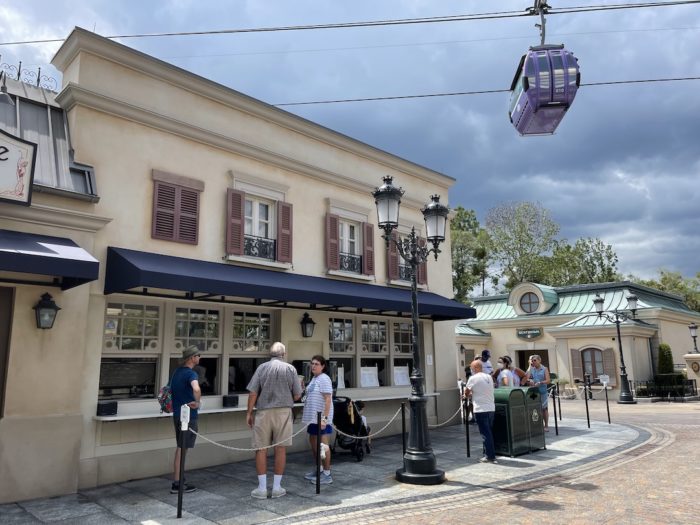 Now La Crêperie de Paris is unique in that it’s both a quick-service and a table-service restaurant, meaning you can order a to-go window or enjoy a full sit-down meal. 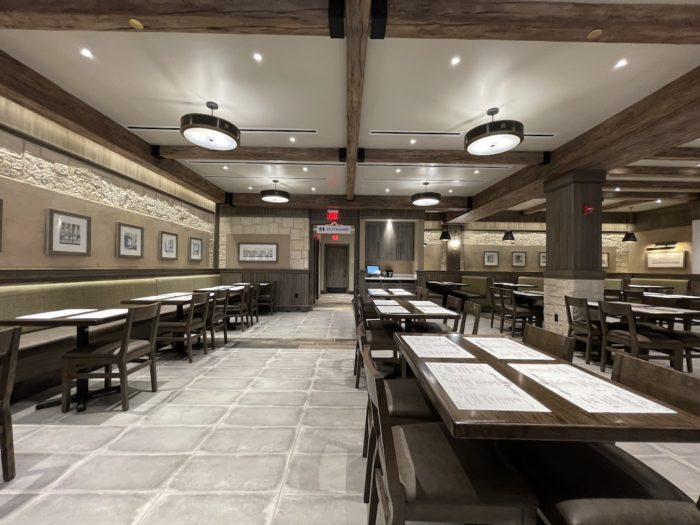 The new establishment’s Prix Fixe Menu is priced at $33.00 and includes soup or salad, a savory crepe, a sweet crepe, and hard cider or a non-alcoholic beverage. These items can also be ordered a la carte.

Soup of the Day

For that day, the soup was Potato Leek. It may not be the highlight of the meal, and certain times of year it will be more appealing than others, but it was solid way to open the meal. 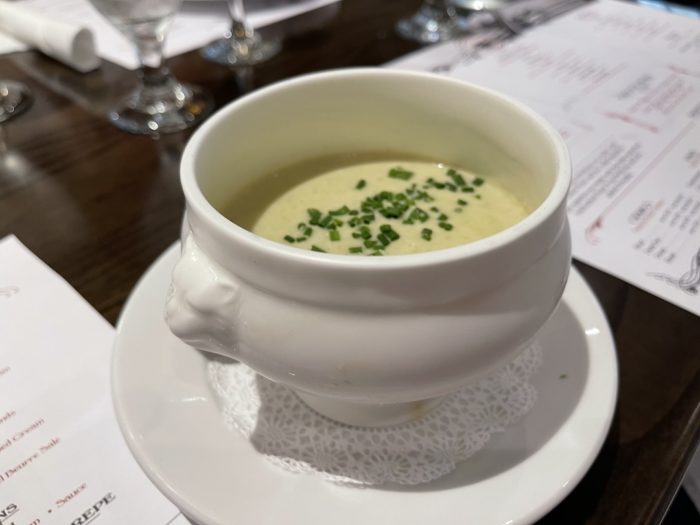 The salad was surprisingly enormous and came lightly dressed. The greens were fresh, and it works well for a hot day. 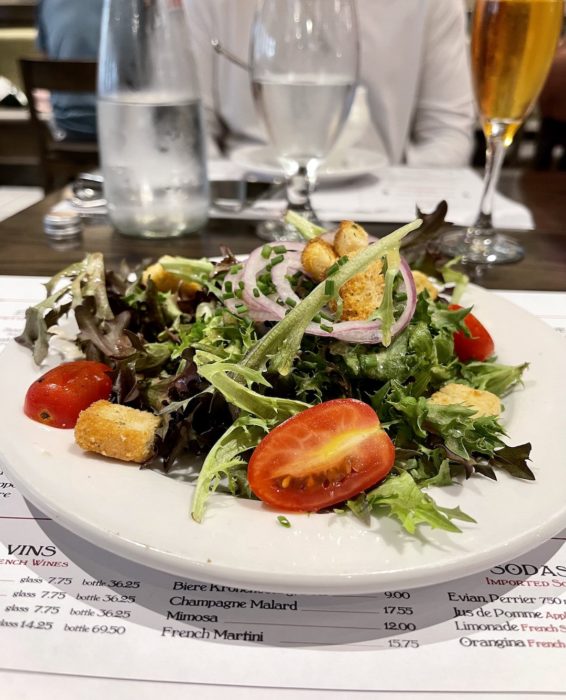 Chrissy tried 3 of the savory Galletes priced at $15.95 each. 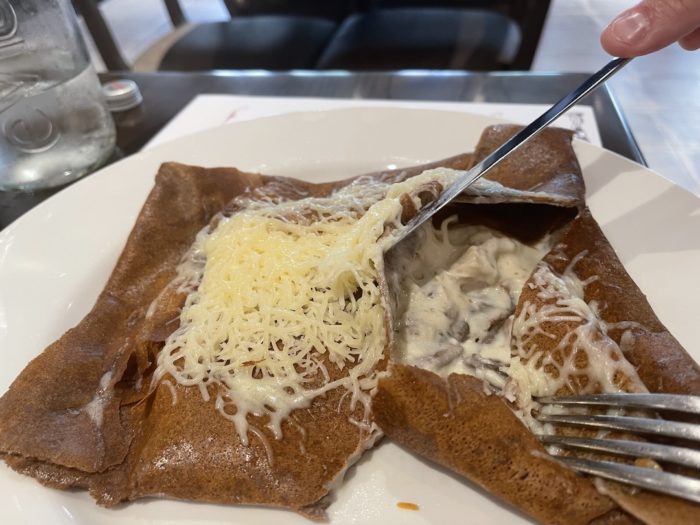 Chicken with a bechamel sauce that was good but heavy on the garlic. 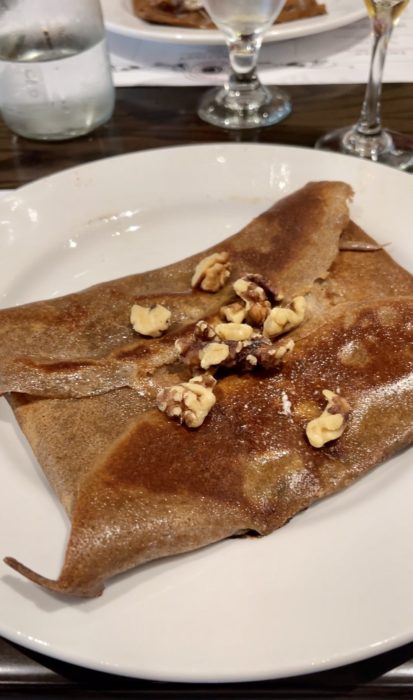 Goat Cheese with spinach and walnuts – this Chrissy’s favorite of the savory options. A delightful blend of flavors but not heavy feeling. 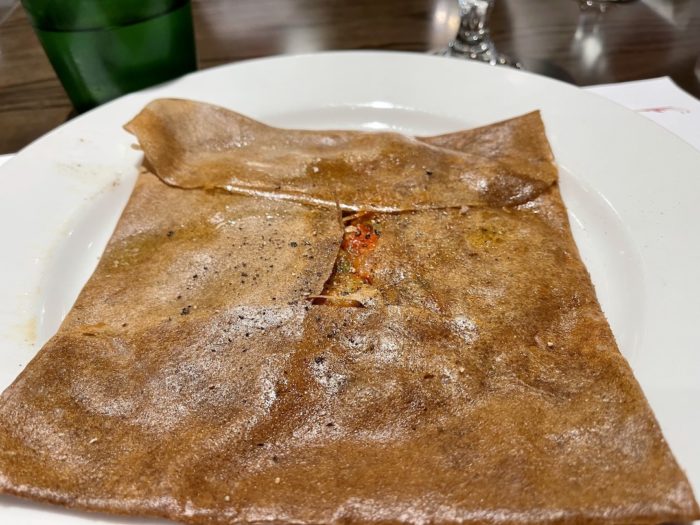 Chrissy’s least favorite of the savory but still decent enough to recommend trying. You knew that they had to have a ratatouille flavor given the ride next door, however.

These Brittany-inspired crêpes are made from scratch and served very thin with a crispy outer layer. Also, the restaurant’s gluten-friendly savory galettes are made with French-imported buckwheat.

Of course, Chrissy and the team tried four of the dessert crêpes priced at $8.95 each. Here’s what she thought: 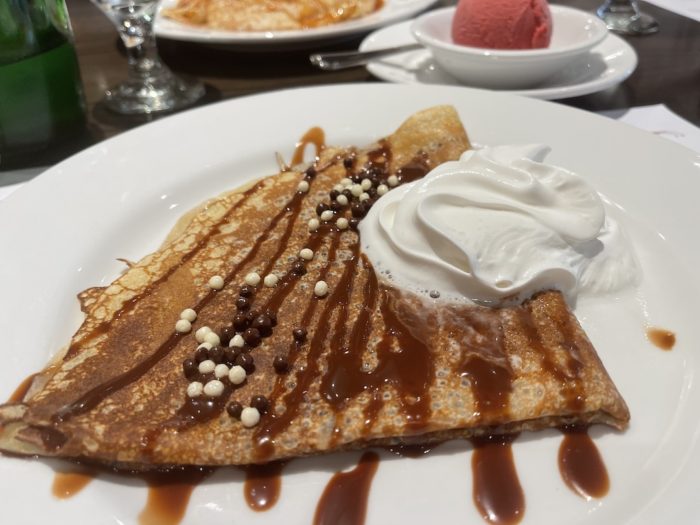 For this hazelnut and chocolate spread with whipped cream crêpe, Chrissy added a scoop of raspberry ice cream, extra sauce, and extra whipped cream for $2.95 each. Let’s just say this is going to her standard order going forward. One of these crepes and a shot of Calvados for an extra $7 would make a perfect afternoon treat. 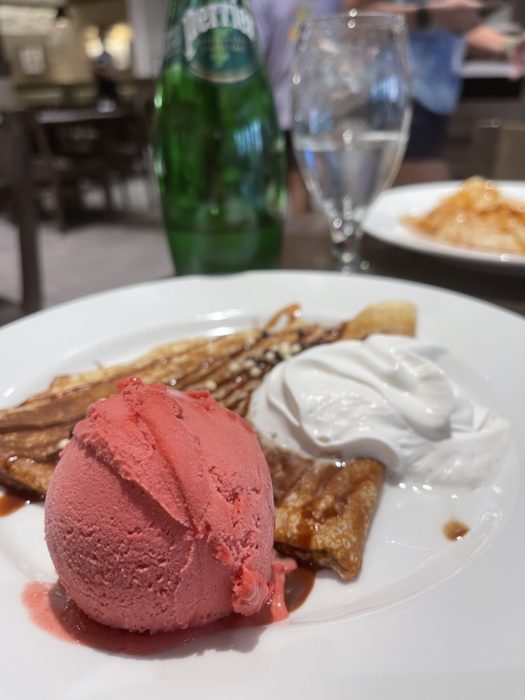 Note: All of the dessert crêpes can be topped with house-made ice cream! 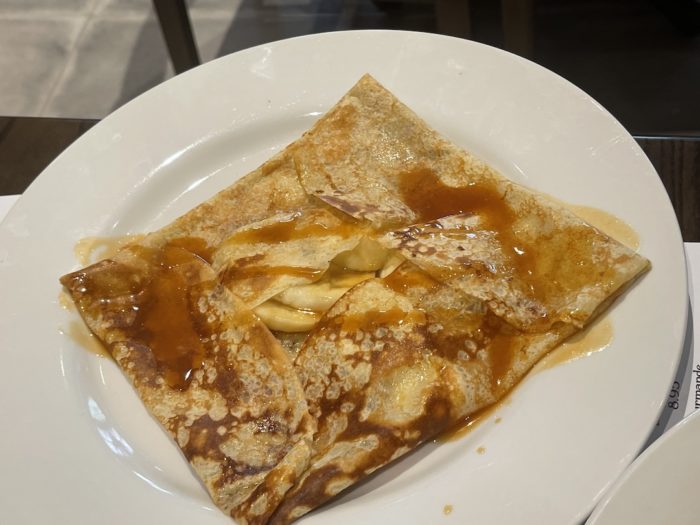 In the words of our friends across the pond, the banana crêpe was oh-so-scrummy. This crêpe has a real Bananas Foster vibe to it. 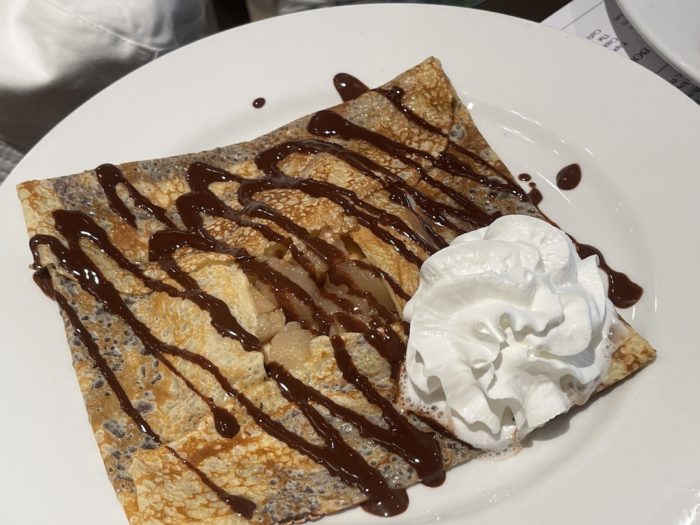 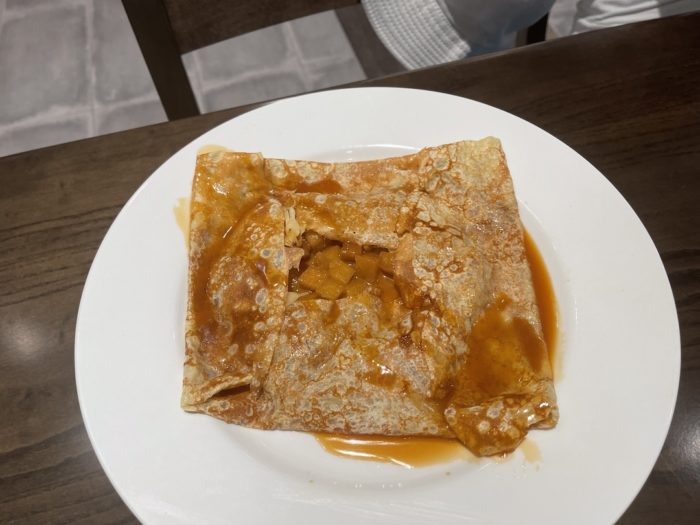 Filled with caramelized apples and caramel beurre salè, the Pomme is simple and stunning. Don’t skip this one!

Overall, Chrissy and the team can’t wait to go back when this new addition makes its official debut on October 1! And while the savory crêpes are wonderful, dessert is really where it is at.

Are you looking forward to trying this new EPCOT eatery? Which crêpe sounds the best to you? Let us know in the comments!

One thought on “La Crêperie de Paris: A Sweet Addition to EPCOT”