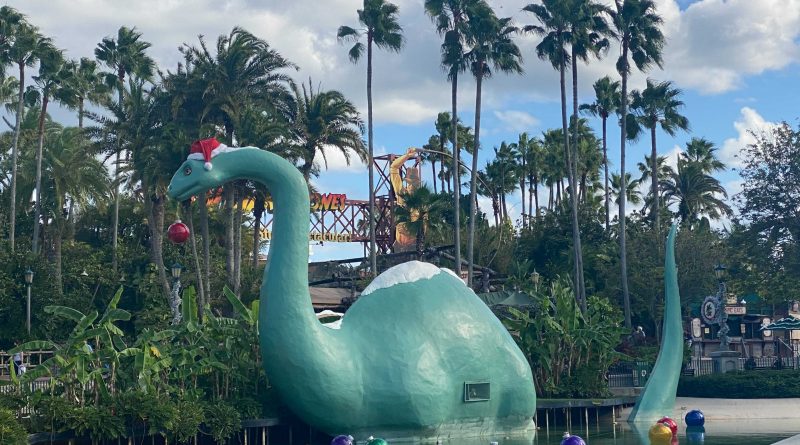 The holidays are here at the Walt Disney World Resort, officially, as of today! We’ve got the team here at TouringPlans in the parks today, researching everything holiday! But, I wanted to share a few of the details that came out about what Guests will be able to expect to experience because it sounds awesome!

While we knew about the holiday cavalcades, we now have a better idea of what to experience. Guests will see Mickey and friends trimming the tree, Goofy and friends baking up delicious goodies, the Toy Soldiers with the Main Street Philharmonic, and yes, even Santa will be able to say hello from a distance in his sleigh. In addition, Guests will be able to see the classic Christmas Tree on Main Street U.S.A. and the Holiday Trolley which will feature the Dapper Dans. Finally, once nightfall arrives, Cinderella Castle will feature special projection effects, producing holiday designs including festive stripes and dots, a whimsical Christmas sweater, a jeweled winter castle and a regal overlay of red, green and gold ornamentation.

Get ready for the festive flotillas with favorite Disney characters sailing down the Discovery River to a jolly holiday soundtrack. Guests will be able to catch “Donald’s Dino Bash Festive Flotilla” and Chip ‘n’ Dale bringing their own style of holiday flair to the river. The Discovery Island Drummers will also be cruise along, too and yes, Santa Claus has arrived and he’ll spread the joyous spirit of the season on watercraft. Also, it appears that the Tree of Life Holiday Awakenings projection show will also be returning.

Guests visiting Disney’s Hollywood Studios get their own visit from Santa via a motorcade down Hollywood Boulevard, which will be led by elves. Santa will be seen riding in his red convertible packed with presents. And just in time for the holiday season, “For the First Time in Forever: A Frozen Sing-Along Celebration” adds a festive finale, featuring Olaf and celebratory songs of the season. Finally, I guessed right! The Sunset Season Showcase will return with projection effects on the Hollywood Tower Hotel on Sunset Boulevard at night. The attraction will be magically transforming into a Muppets gingerbread masterpiece, a Toy Story toy hotel, a snowy corner of Arendelle and a Dickensian village inspired by “Mickey’s Christmas Carol.

EPCOT will once again be offering the EPCOT Festival of the Holidays. The menus for this event just got released and can be found here. In addition, you can find out what else will be offered as far as festivities go here.

At Disney Springs, you’ll see the Disney Springs Christmas Tree Stroll. (Not a trail this year! And probably rightfully so…that trail got PACKED on a normal year!) Guests will be able to enjoy elaborately decorated, Disney-themed trees appearing throughout the shopping, dining and entertainment district. There will also be DJs playing music throughout the day, and in the evening, stilt-walking toy soldiers, skating snowflakes and a magical snowfall. Oh and Guests will also be able to see Santa and Mrs. Claus here, as you’ll be able to see them sharing Christmas wishes from a pair of colorfully decorated pontoon boats.

More details about the 2020 holiday season festivities can be found here.