Note: this Halloween Horror Nights review is based solely on a preview night of the event. It is likely that things will change over the next month and a half — details will be added, failed scenes will be reworked, and actors will get better at their characters. The reviews that follow contain minor spoilers for the Halloween Horror Nights houses.

This year’s Halloween Horror Nights (HHN) at Universal Orlando Resort is shaping up to be one for the record books. The first nine house event in HHN history, the creative team has done an amazing job of not letting a single house slip in quality. Every year, there’s usually one or two houses that don’t quite live up to the absurdly high expectations the fans have. This year though, every house hits a high note. Offering a wide variety of themes and horror styles, the event has something for every haunt fan: from the classic slasher style in Freddy vs Jason to the bone-chilling creeps of Insidous and every last werewolf puppet in between.

We’re going to start by giving a short description of each house, with some of the highlights of each. Each house will be assigned a rating from 1 to 5 (five being the best) in three categories: detail, atmosphere, and scariness.  These three will be averaged out for an overall rating out of 5.  Now these ratings won’t be easy; fives are reserved for only the best houses the event has presented.

A fresh take on Lewis Carroll’s classic “Through the Looking Glass” series, this house puts Alice in a mental asylum and throws guests into her twisted mind. Using all the 3D tricks in the book, this bright and disorienting house will have the actors catching guests looking at the decor. Not particularly scary, the house instead relies on blending the characters in and startling guests. The house is nothing to write home about, but it’s refreshing to see a 3D house return to the event, especially one with such a unique theme. 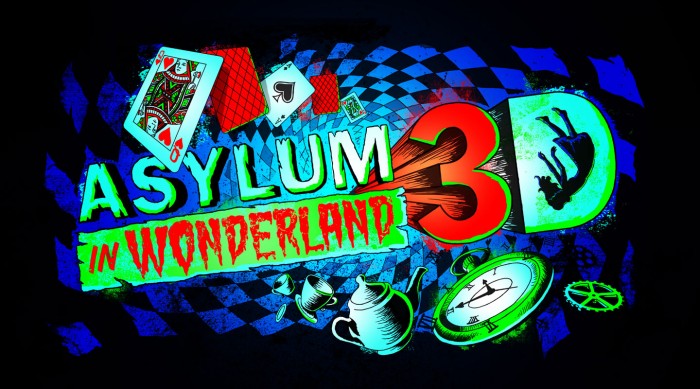 Loosely based on the 80’s film The Running Man, this house puts guests into Hellgate Prison where a TV crew is filming them trying to escape. The house is very intense (a theme of this years event) with heavy metal music, tons of gore, and screaming actors. Expect a little humor from the TV show’s host and the actors themselves, but don’t let that catch you off guard –this house is far from lighthearted.

I’ll just come out and say it, this is one of the best haunted houses I’ve ever been through. The facade is amazing: a snow covered front entrance to Shadybrook Asylum (see house logo at right) — but the best feature is the interaction between characters. There’s nothing better than when two characters work in tandem to scare guests. Expect to see amazing sets, awesome characters, and an overall feeling of dread.

Fans of Horror Nights past will love this house. Those that are totally new to the event and don’t know much about its history will most likely be very confused. Combining famous scenes from past HHNs with interspersed clowns, this house is supposed to be Jack the Clown’s guide to the past 25 years. It was very interesting to see famous rooms from houses I’ve only read about, but I wouldn’t say the clown theme really added anything to the house. This is also the first soundstage house I’ve encountered where the finale was outside the stage itself. It didn’t work very well, and made the sets look fake up against the soundstage walls. 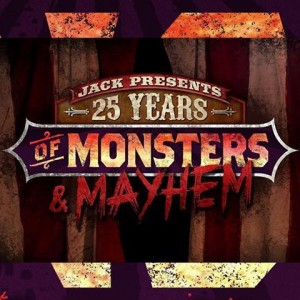 An American Werewolf in London

Let me start off by saying that this house was the least ready during preview night. There were several missing effects, and some lighting that hadn’t been turned on yet. I know this because I’ve seen this house each of the last two years. I’m not sure if that was the reason or if the cast wasn’t as into it, but I really came out disappointed on this one. I remember leaving the house the last two years excited to head back in and experience it again and again, but not this time. I’ll have to give it a couple more shots and hope it gets better as the season goes on. 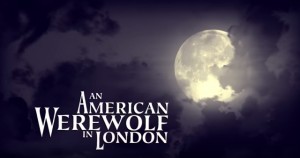 Another stand out house for this year, FvJ does everything last years Alien vs Predator didn’t. The locales throughout the house vary, and there’s even a second facade as you pass from Camp Crystal Lake to Elm Street. Freddy and Jason actually fight each other, unlike the titular characters from last years house. One of the highlights of the house is the boiler room scene which is incredibly well lit and very eerie. 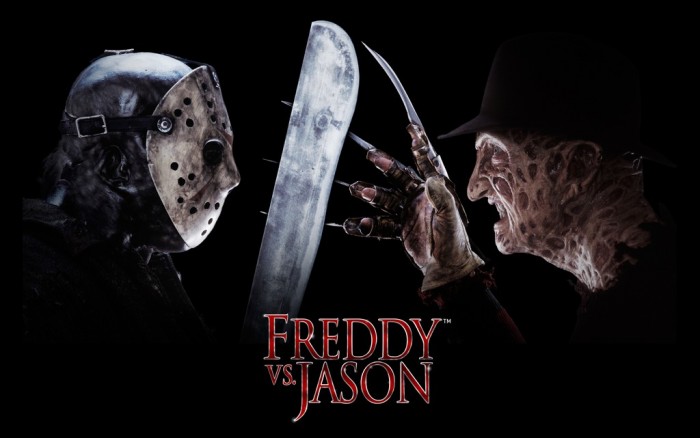 This house was a little sad to walkthrough. Strong rumors had suggested that this was originally supposed to be a house based on the Scream franchise, but last minute rights issues forced them to change to The Purge. Those rumors are all but confirmed, with numerous scenes from Scream still in the house, and simply covered in graffiti.  The house’s strongest point is its intensity. Loud music and strobe lights create a disorienting experience, that allows the actors to catch you off guard. 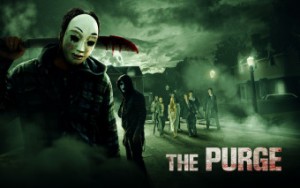 My second house of the night, a walkthrough here told me this year’s event was going to be something special. Halloween was the house in this location last year, but I feel like after two walkthroughs, I can confidently say this house is even better. Mostly centered around the first film, the house takes guests through all of the nightmares the Lambert family endured and into the Further, that place beyond where ghosts and demons are trying to escape. It doesn’t hurt that the films two main villains: The Red-Faced Demon and The Bride in Black are terrifying, and appear numerous times throughout the house.

The Walking Dead: The Living and the Dead

I think the biggest problem with turning the Walking Dead into an HHN house is how hard it is to scale things down. The best intellectual property (IP) based houses take guests through the film/TV shows locations without having to make these places smaller than they were. The Walking Dead is very guilty of that. The coolest scene from the show this season took place in a flooded food bank. Of course this scene was present, but the scale and the way they did the water effects just didn’t work. I commend their effort, but I think it’s time to move on from this property. 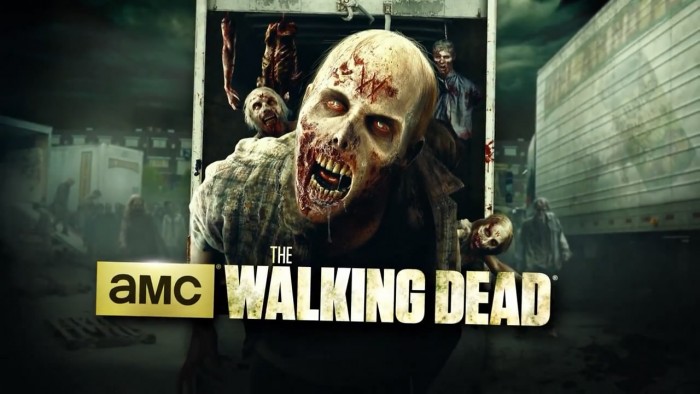 I won’t give details for each scare zone, but here are my ratings in case you have to pick and choose.

This could be one of the best Halloween Horror Nights ever thanks to the intensity and attention to detail by Universal. Once you get a chance to go through the houses, I’d love to hear your ratings as well.

Tryg is a new resident Florida after moving from Minnesota at the end of 2013. You'll find him at all of the parks quite often, as he puts his annual passes to all the major Orlando theme parks to good use. Most comfortable with a camera in his hand, he's been a huge theme park fan ever since finding the ValleyfairZone fan forums back in 2006. His love of theme parks grew through many trips to parks all throughout the Midwest, with occasional trips to Orlando. In the past he’s worked as a scareactor and grown an appreciation for the Halloween season.