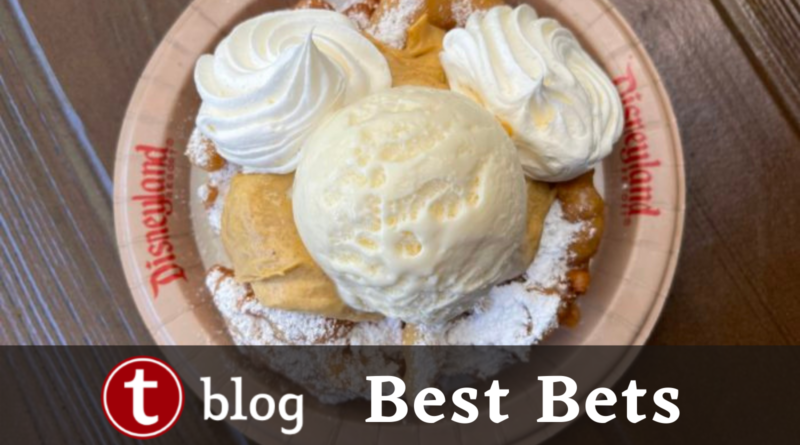 Spookiness fills the air of Disneyland Resort as Halloween rapidly approaches. The Oogie Boogie Bash Halloween party is raging at DCA a few nights a week (check our review and planning guide here), while pumpkins and other festive decor adorn Disneyland. Besides the aesthetics, it’s also a great time for fans of fall flavors. The 2021 Halloween food offerings are limited when compared to previous years, but there’s still some gems to be found. In this post we’ll review and grade six Disneyland Halloween food items that are currently available in the parks. 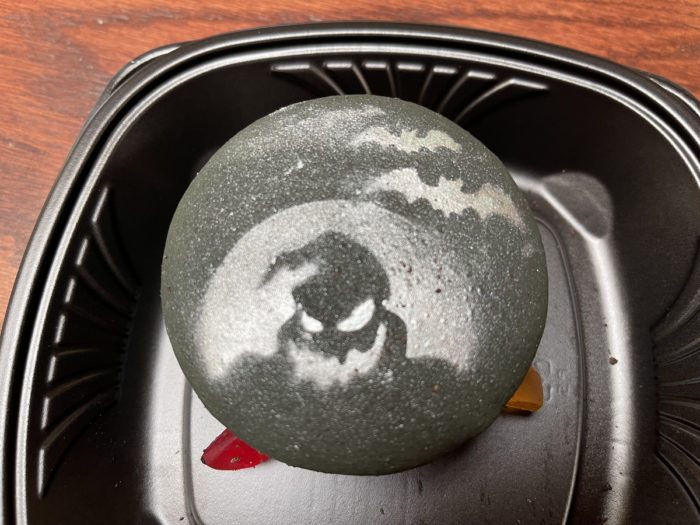 Starting things off with arguably the most photogenic item of the bunch. Unfortunately it’s also the worst. I’m not sure how, but Disney somehow found a way to make a dessert lacking in any taste. I forced three other members of my party to try it to make sure I wasn’t losing my sense of taste and they also all confirmed this macaron was as bland as a napkin. 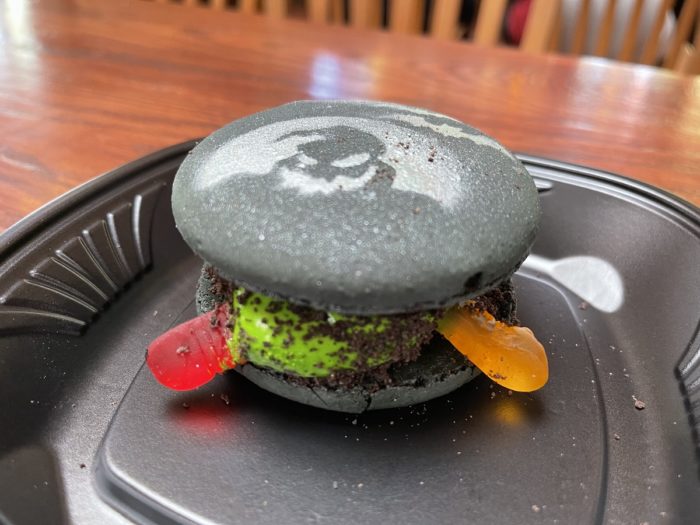 It’s a shame because it looks great and the macaron definitely deserves extra points for presentation. Avoid this one! 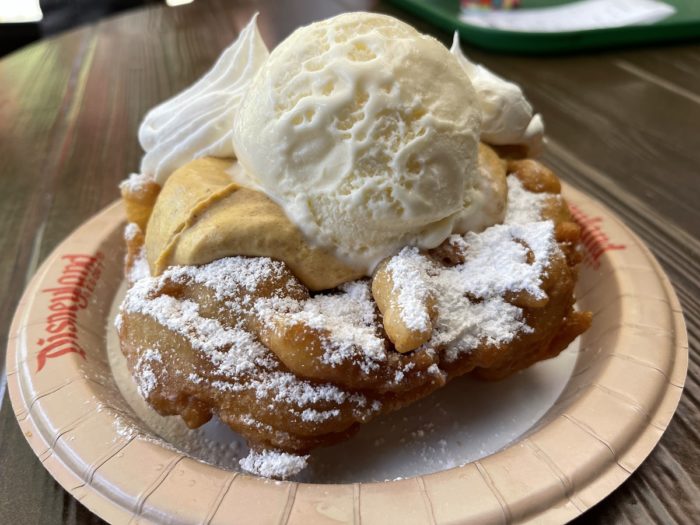 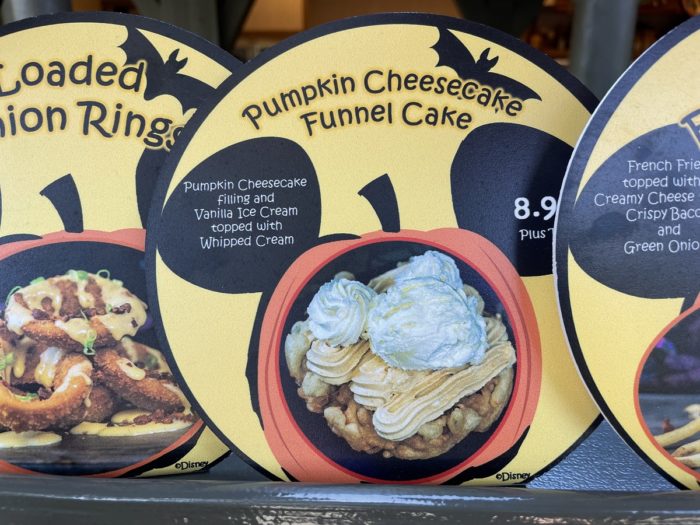 Look at that beast. The Pumpkin Cheesecake Funnel Cake is gigantic and can easily be shared with your family, and even then you’ll probably have some left over for the people at the table next to you. The pumpkin cheesecake spread is rich and decadent, and along with the funnel cake and scoop of ice cream it makes for one sinfully delicious dessert. 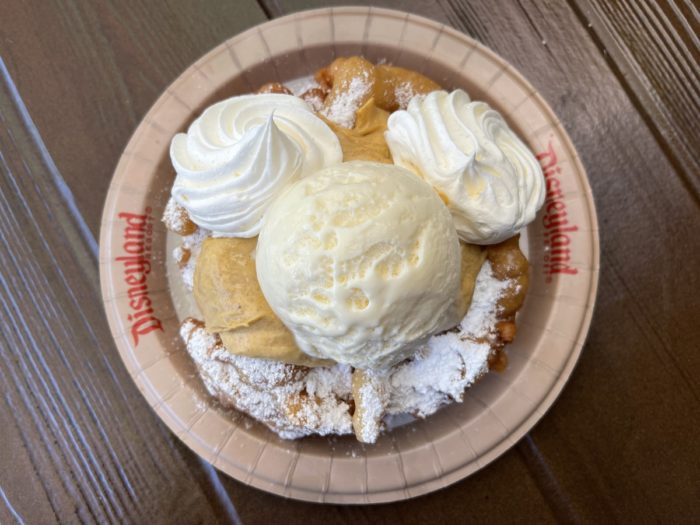 The hidden Mickey made out of ice cream and whipped cream is a nice touch. This is a good dessert but I have a feeling it will be too sweet and rich for some people. My only complaint is that I wish they would have gone with a more pure form of pumpkin, something like a puree. The cheesecake flavor is just a little off, but overall it’s a solid dessert. 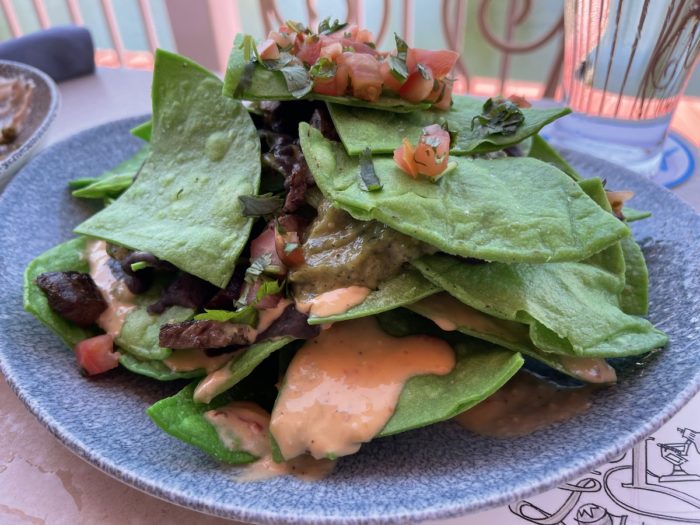 Lamplight Lounge’s famous Lobster Nachos set the gold standard for Disneyland Resort nachos, and trying to top them seems like an impossible task. While good, the Ghost Pepper Nachos don’t come close to matching the Lobster Nachos. The key ingredient simply doesn’t deliver here. It’s not spicy or flavorful enough to make these nachos standout. With that being said this is still a decent plate of nachos, and extra points must be given for the spooky green tortilla chips. 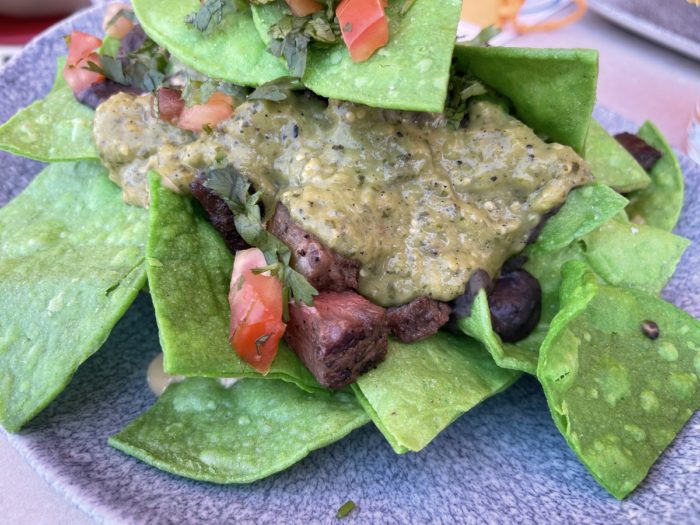 The price must be mentioned as well. At $23 I can’t think of any reason why these would be $2 more than the Lobster Nachos, which are better in every way. 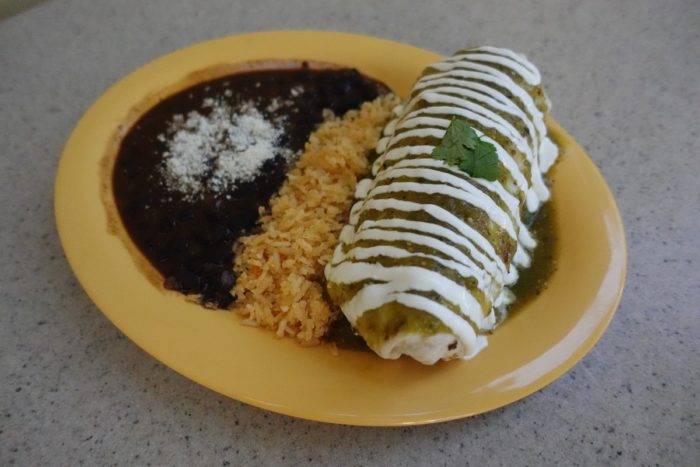 There’s a severe lack of savory items on this year’s Disneyland Halloween food list, so I felt like I had to include the Pollo Verde Wet Burrito to make this post more well-rounded. I’m a huge fan of wet burritos and eat them regularly. Obviously this item can’t match the quality or price of any of the many Southern California hole-in-the-wall Mexican food places, but it’s still very solid and didn’t disappoint. I recommend this with the caveat that you should eat it if you’re looking for a Disneyland Resort food item that is not regularly offered. 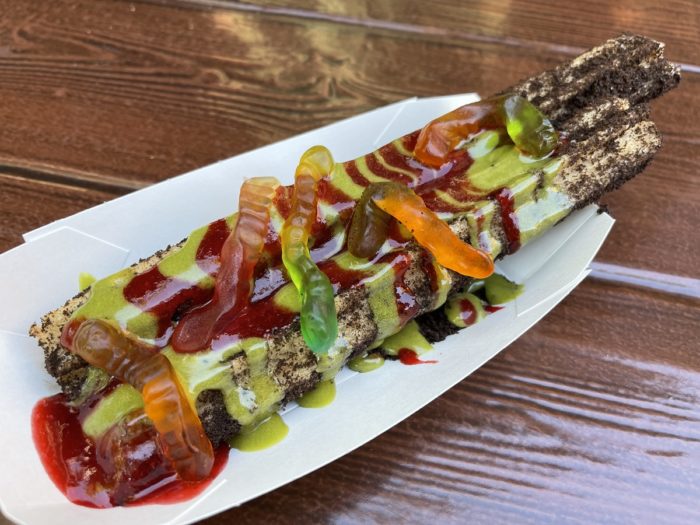 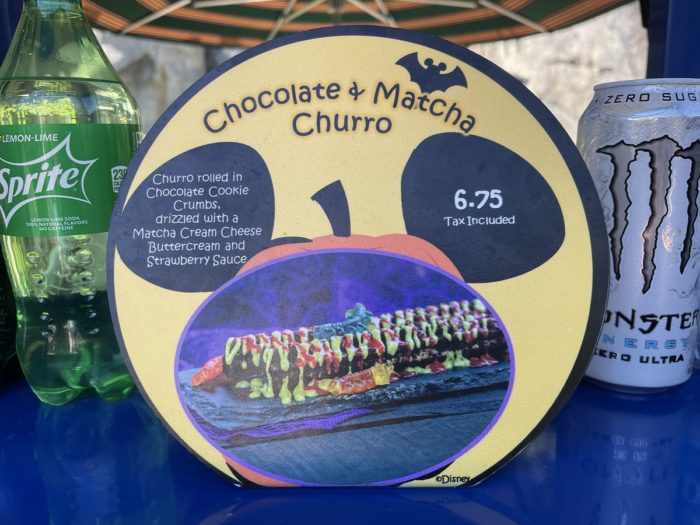 There’s a lot going on with the Chocolate & Matcha Churro but it all came together for one enjoyable mess. On Twitter I saw a lot of people mentioning this item because it’s rare for Disneyland Resort to offer something matcha flavored, and I can happily recommend it if you’re a matcha fan. The other dominant flavor here is strawberry, which I wasn’t expecting, but that along with the matcha and chocolate went together perfectly. It also comes pre-cut in two halves, which makes it easily shareable. You’ll have to decide for yourself if you want to pay almost $7 for a churro. 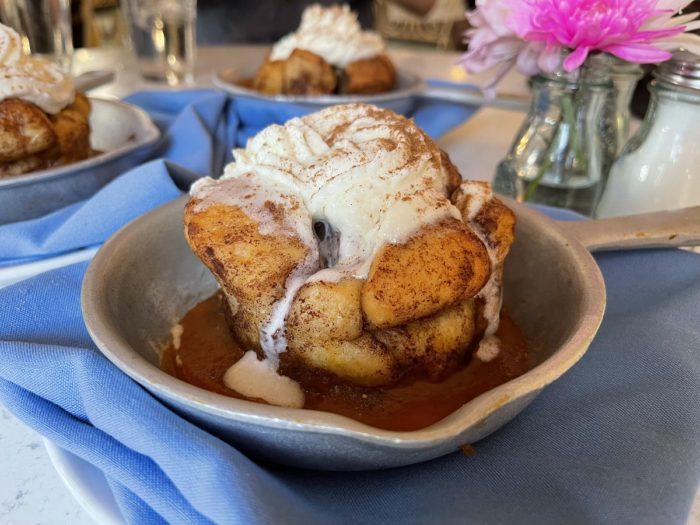 I saved the best for last. The Pumpkin Spice Monkey Bread was heavenly. It’s warm, gooey, and packed with pumpkin flavor. The only downside to this is it’s locked away in a table service restaurant. I’m convinced we’d see 1 out of 5 people walking around with these things if it was at a counter service location. Heed my warning: Do not attempt to share this or it will lead to fights over who gets every bite. Save yourself the trouble and insist on ordering one for yourself.

Have you tried and enjoyed any Disneyland Halloween food this year that I failed to mention on this list? Any duds? Let me know in the comments.