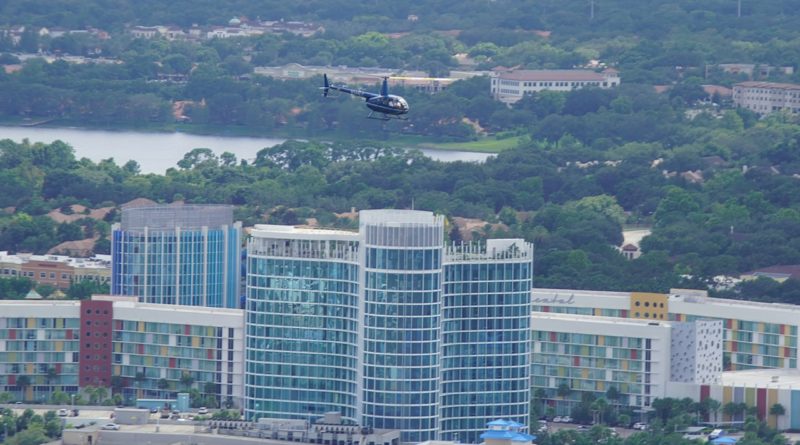 This week’s SATURDAY SIX takes three flights in a single day with @bioreconstruct! Landing on the Moon. Running a four minute mile. Inventing the computer. Throughout history there have been major events showing ingenuity, imagination, and sheer will of the human spirit. None more impressive than what we saw last week when @bioreconstruct took three separate flights in the same day for the sole glorious purpose of theme park photography.

Let’s face it, Google Earth doesn’t have as many pictures of Central Florida as Bio does, so today we are going to look at some of our favorite aerial photos from this legendary day, along with some photos from several other flights he took during the same week. That’s right… The. Same. Week. Let’s kick it off with…

We’ve been fans of Bio’s aerials for many years now, and one of the reasons why is getting a unique look at the theme parks we all love so much. For us on the ground, walking into Diagon Alley at Universal Studios Florida is an awe-inspiring event. You are completely transported into another world. Flying above us, Bio shows the complex use of space it takes for Universal to achieve such an immersive experience with his photo of Diagon Alley.

Halloween Horror Night fans are getting anxious for the event to return to it’s former glory later this year after 2020’s Untitled Daytime Halloween Event (AKA HHN Lite, AKA HHN 29.5). For those who have never been, during HHN guests get to experience several elaborately designed “haunted houses.” Some of these experiences take place in soundstages. Others are held in the queue or show buildings of current attractions such as Shrek 4D. There are also some experiences that take place in large pop up tents, such as the ones below.

A billboard in front of this HHN pop up tent teases the return of a well-known location in the HHN Universe.

This aerial photo gives context of where Endless Summer sits in relation to Universal’s upcoming Epic Universe theme park (in the top left).

Here is a look at the current state of Epic Universe. The center of this photo is expected to be the center of the upcoming park.

Major news happened this past week when Disney announced it would be relocating 2,000 Disney Parks Experiences and Products jobs from California to Lake Nona, Fl. One of the reasons they are doing this is the possibility of a tax break to the tune of half a billion dollars. You definitely have to feel for the people who have to leave the near perfect weather of Southern California for the humidity of Florida where you wake up sweating. The good news for us Walt Disney World fans is that this move will most likely lead to much better shade/air conditioning used in upcoming Disney projects once these relocated Imagineers spend some time in the weather we have to deal with.

ANYWAY, here’s a current look at some construction projects in Lake Nona as the area prepares for this increase in population.

Let’s head on over to Walt Disney World. First stop is Disney Springs.

The arrow below is pointing to what was going to be an Ample Hills ice cream location, one of two Disney Springs projects that were essentially cancelled during the pandemic. Ample Hills Creamery the company went into bankruptcy during the last year. Losing the chance to have Ample Hills at Disney Springs stinks, but an even bigger loss is their location at Disney’s Boardwalk Resort being turned into Just Another Ice Cream Place run by Disney. UGH.

The big empty space at the center of the photo was to be a restaurant called Beatrix. The Disney food truck park is on the top left of the photo, while Jose Andres Jaleo is at the bottom right.

Saratoga Springs defines what a “sprawling” resort is at WDW.

Disney’s Riviera Resort at the top center, along with Caribbean Beach.

At the top of this photo we have Disney’s Pop Century Resort, and Art of Animation at the bottom.

Closer view of Art of Animation’s Big Blue Pool, the largest pool at any Disney hotel.

Not far from Pop/AoA is ESPN’s Wide World of Sports complex.

An overview of Disney’s All-Star Resorts.

A look down at All-Star Movies.

A near direct look down at the Buzz Lightyear and Woody sections of All-Star Movies.

At the right side of this photo is the Mickey shaped solar panel farm. To the left is the EPCOT resort area.

The newest addition to the EPCOT resort line-up is the upcoming Swan Reserve boutique hotel.

The arrow below is pointing to a new sidewalk that connects the Swan Reserve to the nearby Swan and Dolphin resorts.

Some EPCOT resorts in the background and World Showcase in the foreground.

A full view of EPCOT.

Harmonious barges with the fountains on full blast.

Guardians of the Galaxy: Cosmic Rewind is the large building with the blue paneling on top. Mission: SPACE is in the right hand corner while Test Track is bottom center.

A look at Disney’s Hollywood Studios.

Animal Kingdom, shortly after the park had closed for the day.

Let’s head on over to the Magic Kingdom area, and first we will look at one of the true tragedies of the theme park world, the loss of the incredible Mickey’s Backyard BBQ experience for what was going to be a DVC resort no one wanted. Now the resort, which was to be called Reflections, has been cancelled.

A overview of the Magic Kingdom resort area.

The Contemporary and Bay Lake Tower in the foreground with Magic Kingdom in the background.

A look inside Magic Kingdom, with Cinderella Castle at the top right.

Current state of the Tron construction in Tomorrowland.

We don’t see that many aerial photos of Walt Disney World at night, so this will be a true treat. First up, an overview of the Bonnet Creek Resorts (bottom of the photo). Pop Century, Art of Animation, and Caribbean Beach are seen diagonally in the middle of this photo, while Disney’s Hollywood Studios is at the top right.

A closer view of Pop Century, where you can see the larger than life Rubik’s Cubes at each stairwell.

The Contemporary and Bake Lake Tower.

A nearly straight down look at The Poly and the  Transportation and Ticket Center. Note the helicopter skid pictured in the bottom left of the photo!

Plywood has been placed on surface of wave pool for equipment to access the wave maker.

Another angle of Disney Springs.

These are the Lime and Grapefruit parking garages at Disney Springs. Escalators for Lime at bottom center.

EPCOT. The reason for so much darkness around Spaceship Earth is because that’s where the construction is for the upcoming World Celebration (date: TBD).

The full view of EPCOT including World Showcase.

Time for some EPCOT Forever shots!

Alright, time to head over to Disney’s Magic Kingdom, and first we’ll check out the parking lot. Looks about 2/3rds full.

The Magic Kingdom is on the left with The Contemporary and Bay Lake Tower on the right.

Inside the Magic Kingdom we get a view of the hub and Cinderella Castle.

How great is this? A unique look at the Happily Ever After fireworks at Disney’s Magic Kingdom.

For most guests, their first experience in Florida starts at Orlando International Airport (MCO). Despite all of us spending a lot of time in and around this area, you almost never see photos showing the big picture of this airport. Bio is here to take care of that situation, and first he delivers us an incredible shot of the MCO air traffic control tower. Wow!

Like EPCOT, there is a lot of construction going on at MCO because of how much tourism Florida has been getting over the last decade plus. The photo below shows construction of the South Terminal coming to MCO. The green windowed building at the right is the Intermodal Terminal, which will include the Brightline train station. Brightline is a high speed train that wants to connect Miami to MCO, and then MCO to the theme parks. Time will tell how this all plays out as Disney wants the train to go straight to them, while Universal and other attractions and hotels along International Drive want the train to go in that direction.

Closer look at the Intermodal Terminal.

A rarely seen perspective of gates 30-59 at MCO.

A look at ramps and roadways adjacent to the North Terminal at MCO. Arrow pointing to a parking toll plaza.

Terminal top parking garage. At the far end is the Hyatt Regency, a hotel located at MCO (and is also pet friendly).

One of the parking garages at MCO.

Shuttle system for gates on the West side of the North Terminal.

A Tomorrowland-style look at the intertwined air, rail, and car transportation network at MCO.

Dirt at the top right of this photo is where the Brightline train passes underneath the taxiway for aircraft traveling between the West Side and East side of MCO.

So there you have it: The SATURDAY SIX Takes Three Flights in One Day with @Bioreconstruct! See you next weekend for the latest installment of the SATURDAY SIX, where we’ll look at something fun from the world of Disney and Universal. You can also follow Your Humble Author on Twitter (@derekburgan).

The SATURDAY SIX takes a 3,000 foot view of the Disneyland Resort

6 Reasons you need to check out Universal’s VOLCANO BAY 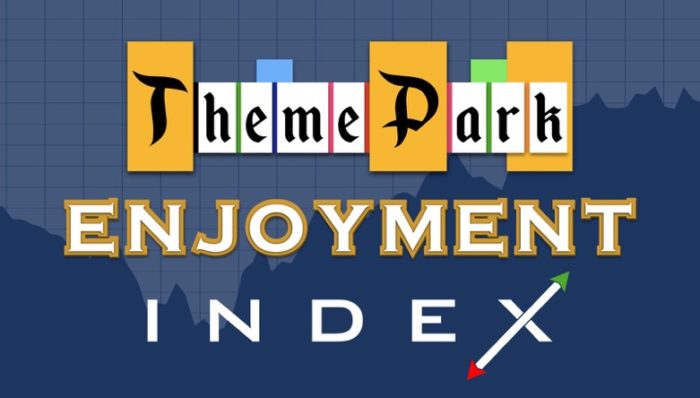