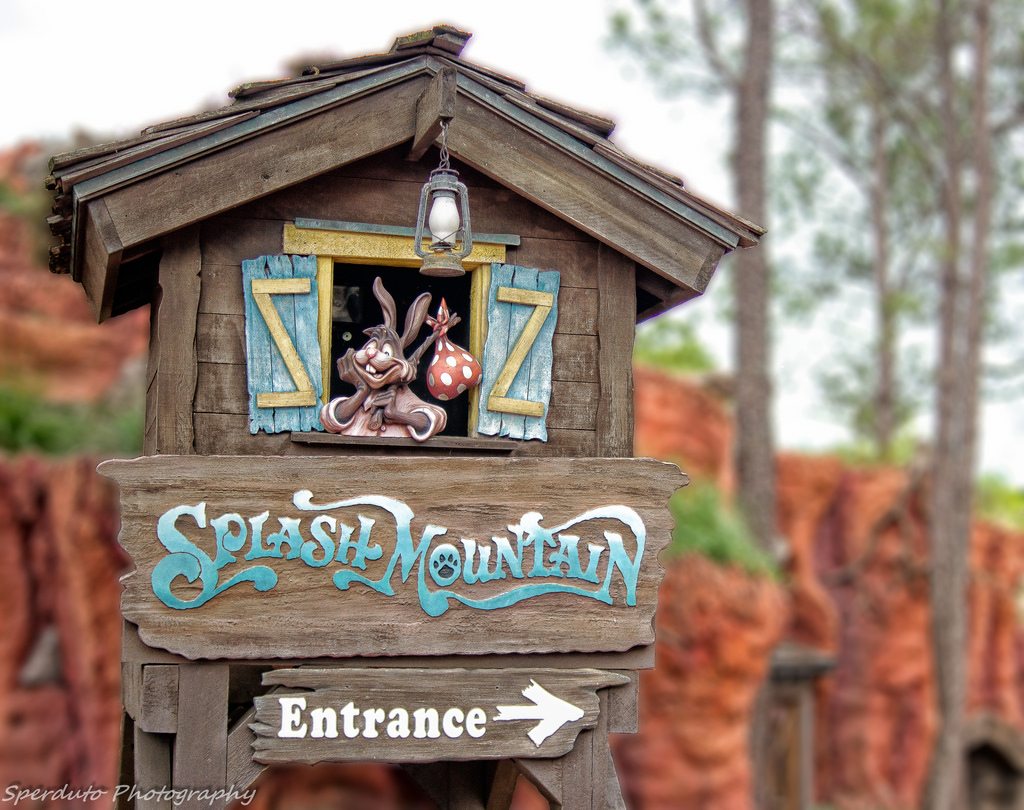 This week’s SATURDAY SIX takes a look at The Six Highest-Rated Rides at Walt Disney World! A couple years ago the SATURDAY SIX commissioned a special blue-ribbon panel featuring some of the biggest names in the online Disney community to rank the best attractions at WDW. This year, we’re looking towards YOU, Dear Reader, to see what you think are the best. Len Testa himself sent the results of this year’s TouringPlans surveys – via an armored car – for us to evaluate. This week we are going to countdown the top six rides, next week the top six shows and spectaculars, and after that the lowest-rated attractions (we’re looking in your direction Stitch’s Great Escape….) Enough with the pleasantries, today we’ll look at what WDW rides you like the most, and let’s kickoff the countdown with…

With the upcoming closures of The Great Movie Ride and Universe of Energy, we’re losing two of the longer rides at Disney World. There’s something to be said about intense 3 1/2 minute experiences, but we also like the laid back 10-20 minute epic adventures. Splash Mountain is long, and a lot of it is really peaceful (along with a couple great “fake outs.”) There are a ton of animatronics in the ride, including the show stopping Showboat scene at the end. The big drop gives you an incredible view of the park, and makes for a truly magical moment if you begin your descent while fireworks are going off in front of you. A wonderful family ride, Splash Mountain can also be a way to introduce younger riders to the type of sensations they will have on roller coasters. They may be hesitant to try rides like Big Thunder when seeing the trains speed by, but one ride on Splash Mountain will more than likely get them in the mood to experience even more.

Wait a minute. You never heard the Splash Mountain Rap?! Once you watch you will never, ever be able to forget it (believe us, we tried!)

Another great “long” ride, Kilimanjaro Safaris has a huge bonus in its “re-ride factor.” Each and every ride on the Safaris is literally a completely different experience and some can include once in a lifetime moments. The attraction’s footprint is so big that you could actually fit the entire Magic Kingdom inside of it, making the scope of the attraction larger than anything else at WDW. While the Cast Members driving your vehicle don’t have the jokes of a Jungle Cruise skipper, they do provide a wealth of knowledge on what you are seeing as you drive by. Animals such as Ankole cattle, wildebeests, pink backed pelicans, hyenas, giraffes, and even rhinos roam apparently free, while predators such as lions, and potentially dangerous animals like hippos and cheetahs, are separated from both prey and guests by all-but-invisible, natural-appearing barriers. For every other attraction on this list there is at least an equivalent you can compare it to at one of Disney’s competitors, except Kilimanjaro Safaris. This ride is one of a kind.

We’re staying at Animal Kingdom for our next ride, and this is one attraction that made a HUGE impact on the park starting on day one. In fact, Expedition Everest is single-handedly responsible for so many guests visiting the park that Disney seemingly doesn’t want to risk shutting it down to fix a major story element: the non-working Yeti. For 99.44% of the audience, the fact that the Yeti does not move has no bearing on their love of the ride. It’s absolutely gorgeous to look at, has a wonderful story from the queue-through-the-ride, and is positively thrilling. Going backwards through the dark is one of the coolest experiences on any Disney attraction. Everest gets bonus points for being one of the only Disney rides with a Single Rider queue, and also has a underrated gift shop which offers a ton of unique merchandise (including the adorable snow leopard plush that in storyline Daisy Duck gave to The Yeti…like we could make that up.)

I may have to recuse myself on this one, because  – for me – the original Soarin’ at EPCOT is one of my all-time favorite attractions and its replacement, Soarin’ Around The World, at times drives me crazy. Clearly, I’m in the minority on this one as scores for the new version of Soarin’ are still through the roof. I can also personally attest that – just as the old version – the ride is the only attraction at WDW that you can count on an impromptu audience applause at the end of every single ride. I will say the appeal of having major cities from all over the world instead of just places in California is – in theory – a much stronger concept. I also love that the attraction itself ends with us flying over EPCOT. Soarin’ Around The World still delivers the wonderful sensation of actually flying, along with involving other senses to really amp up the enjoyment factor.

With Toy Story Midway Mania, Disney achieved pretty much the impossible. It created a game that can be competitively enjoyed by every demographic. Young or old. Male or female. Skilled or unskilled. With its intuitive gameplay, Midway Mania takes our favorite characters from the Toy Story series of films and uses them in an interactive shooting gallery game that will entertain everyone in the family. The queue alone is going to bring a smile to every adult who walks through it, as it is filled with references to classic toys and games we grew up with. The actual Midway Mania game is a visual tour de force, with bright and colorful 3D CGI graphics that flow seamlessly and make the attraction ingeniously addictive.

Animal Kingdom back on the list with a THIRD attraction. Now that in and of itself is an incredible accomplishment. Disney put a lot of time, effort, and money into creating Pandora – The World of Avatar and for the land to truly succeed the Flight of Passage attraction needed to be a true E-Ticket. Not only did Imagineering create one of the best rides on property, they also built a queue that can go toe-to-toe with Universal’s Forbidden Journey and Escape From Gringotts, which is no small feat!

While the queue is astonishingly long, it is unique and contains so many incredible details for guests to look at and interact with, that even during extremely long waits people will be entertained by their surroundings (as compared to the queue for Soarin’ Around the World, where every minute in the queue feels like five.) The queue starts as guests are still enjoying the Na’vi world of Pandora, with gorgeous views of the outside plant life mixed with inside design features such as Na’vi artwork telling the story of their connection with Banshees. Further into the queue brings you to a wild jungle experience until you finally reach the research lab. The lab portion of the queue features tons of details that make it feel like a legitimate work environment, including drawings from the researcher’s kids. The lab also features a show-stopping moment featuring a Na’vi in suspended animation. This floating animatronic has one of those how did they do that qualities that is true Disney magic.

The actual Flight of Passage ride can best be described as the love child of Soarin’ and Star Tours, but it is better than that. Despite being loaded onto what looks like a stationary bike, it is not long before you feel like you are actually riding a Banshee. The sounds, the smells, and the movement of your ride vehicle mixed with the amazingly crisp 3D visuals on the screen before you, combine to deliver a truly remarkable experience that you’ll immediately want to do again. I mentioned earlier that the original Soarin’ is one of my all-time favorite rides, but Flight of Passage has now surpassed it.

So there you have it: The Six Highest-Rated Rides at Walt Disney World! See you next weekend for the latest installment of the SATURDAY SIX, where we’ll look at something fun from the world of Disney and Universal. If you enjoyed yourself, be sure to check out The Magic, The Memories, and Merch! articles, or, for your listening pleasure, check out the E-Ticket Report podcast. You can also follow Your Humble Author on Twitter (@derekburgan).

The 6 Highest-Rated Shows and Spectaculars at WDW