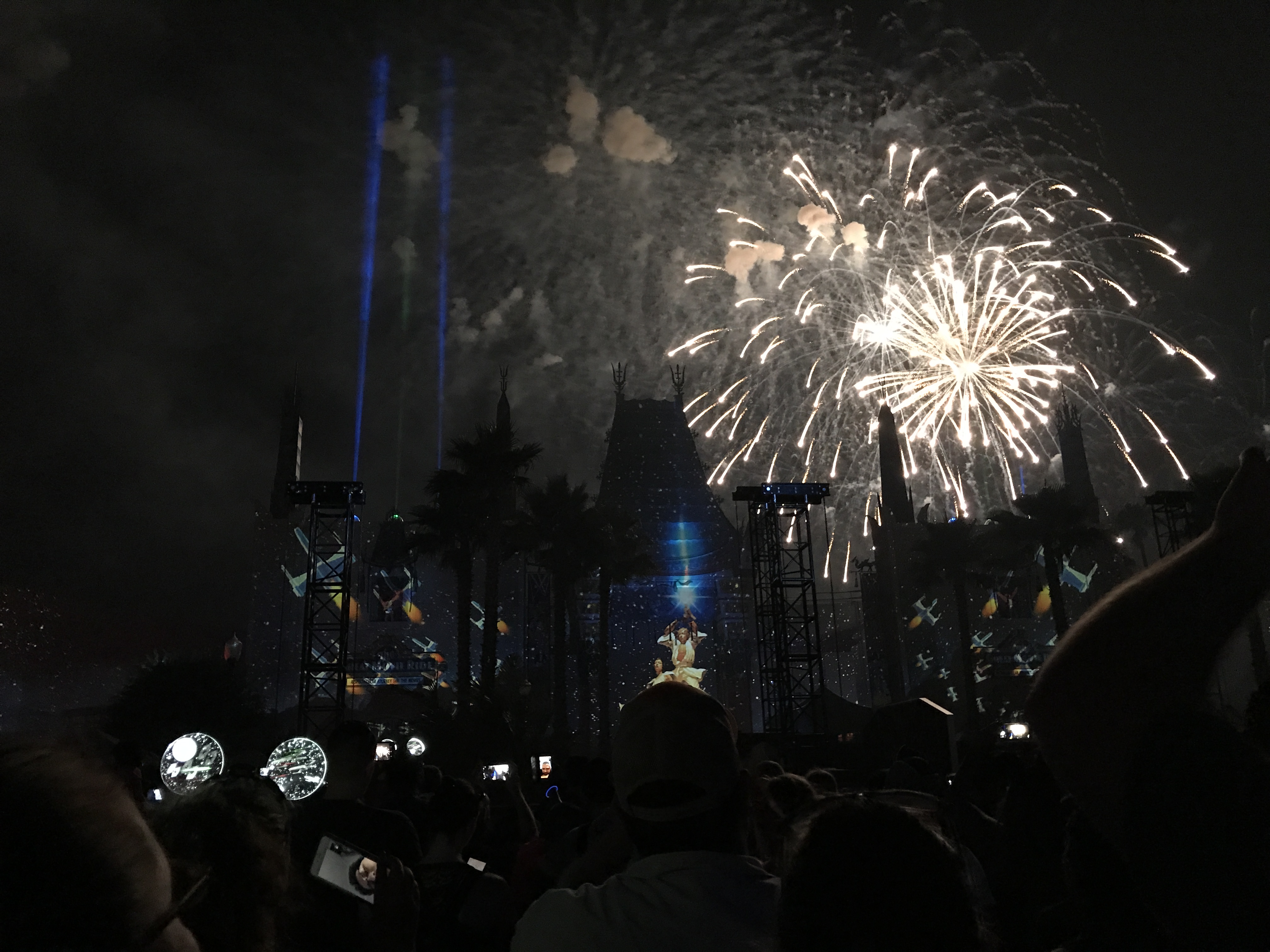 Earlier this year, Disney rolled out the first ever Star Wars: Galactic Nights event to correspond with Star Wars Celebration. It appears as though that wasn’t the only time that event would take place, as it is returning this December to tie in with Star Wars: The Last Jedi.

This event is the ultimate one for a Star Wars fan. It will take place on December 16 at Disney’s Hollywood Studios and invites Guests to celebrate the beloved Star Wars franchise. Star Wars: Galactic Nights Guests will be invited to dress as their favorite character while attending this family-friendly event, as well as experience fun and exclusive Star Wars activities and events.

Here’s what you can expect to experience at the Star Wars: Galactic Nights event:

The Rebel Base will serve as the Star Wars: Galactic Nights event hub. Here, Guests will find a DJ dance party, as well as being the home for ongoing event information, hosted shows, interactive moments and more!

Don’t miss this one-night-only panel discussion called “Inside the Saga: A Galaxy in the Making” about Star Wars: Galaxy’s Edge. This unique event will be taking place multiple times throughout the evening at The Epic Theater and will be the place where you learn about exciting developments about the new expansion opening in 2019 at Disney’s Hollywood Studios.

During Star Wars: A Galactic Spectacular, you’ll see and hear and feel the music, magic and characters from the Saga as they light up the night complete with state-of-the-art projection effects, lasers, pyrotechnics and more. Prior to the fireworks, there will be an exclusive interactive pre-show on the main stage.

Star Wars: A Galaxy Far, Far Away gives Guests the chance to see characters like Kylo Ren, Chewbacca and BB-8 recreate some of the Saga’s most famous scenes—right before your eyes! The show, which takes place in front of the Chinese Theater includes clips featuring standout moments from the Saga, as well as character appearances onstage from Chewbacca, Darth Vader, Kylo Ren and many more.

Small ones will have the ability to o test their abilities during Jedi Training: Trials of the Temple. During the show, they will learn how to use the Force and their lightsabers to face the evil forces of the Dark Side.

Young padawans will have chance to receive an enhanced Jedi-training experience. This special limited-time package includes:

During the Star Wars: Galactic Nights event, you will also be able to come face to face with some of your favorite Star Wars characters. Experiences will include:

Step into iconic Star Wars scenes throughout Disney’s Hollywood Studios where you will discover 3-dimensional photo opportunities throughout the park. You will be able to act out your very own mini-scene or capture a heartfelt message and post your moment on social media during the event.

Guests will also be able to pose in front of Star Wars-themed backdrops depicting popular scenes from the entire Star Wars Saga. Each backdrop will play an important role in the event’s interactive Seize the Saga.

During Star Wars: Galactic Nights, savor Star Wars-themed food and drinks as you taste your way around the galaxy. Tasting-sized sips and bites inspired by the stories and characters of Star Wars will be available at various locations throughout the park. With the Galactic Tasting Sampler, you can choose 5 of these items, which may include:

The Galactic Tasting Sampler is $30 per person, including tax.

Enjoy a seminar discussing Skywalker Vineyards. Guests will learn about the wine making process and have the ability to purchase tasting samples. Attendees of this free-admission experience will also have the opportunity to purchase full bottles to savor at home.

Attractions available throughout the Star Wars: Galactic Nights event include:

Star Wars: Galactic Nights will last from 7:00 p.m. to midnight. Tickets are available for $124 per child and $129 per adult (plus tax). Tickets can be purchased here.