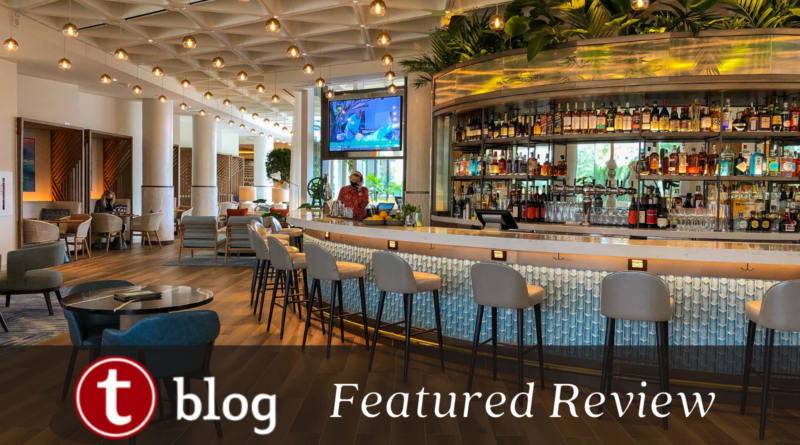 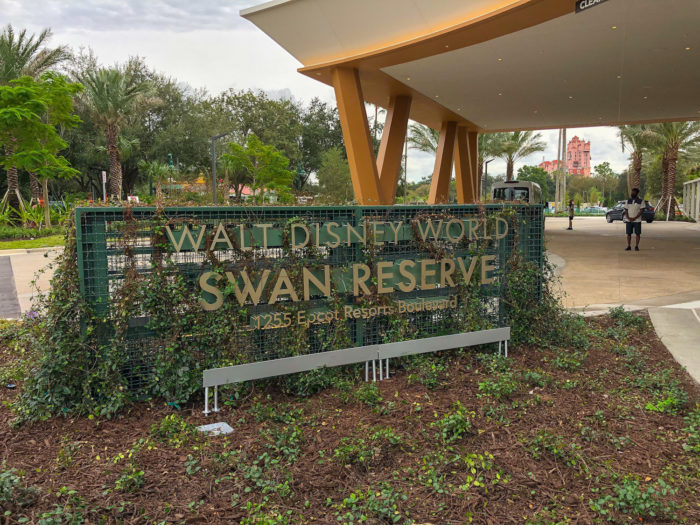 Now, this isn’t one of Walt Disney World’s resort hotels or villas per se. It’s actually a boutique hotel and an expansion of the Swan and Dolphin Resort which is owned by Marriott. 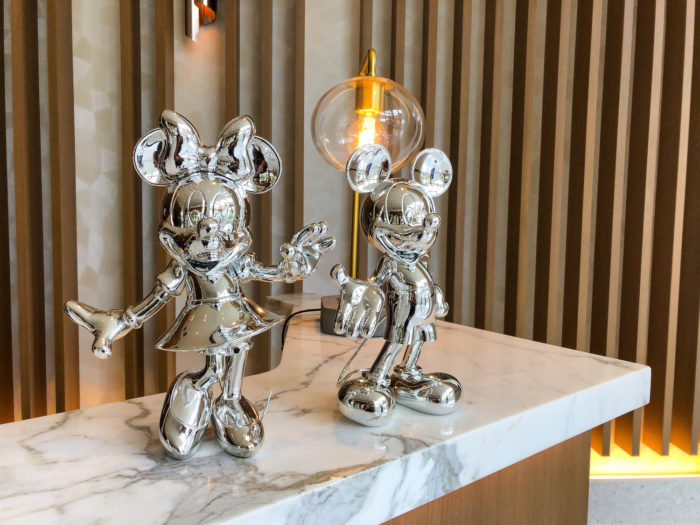 Just like the Swan and Dolphin Resort, the Swan Reserve is located near the Yacht and Beach Club and is within walking distance to EPCOT and Disney’s Hollywood Studios. 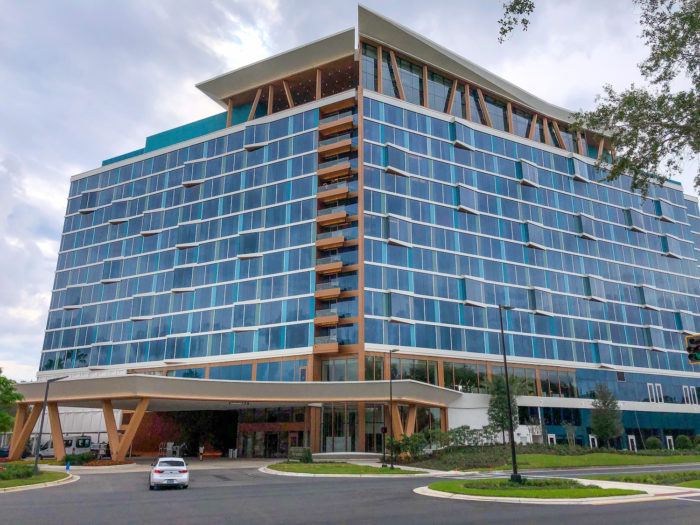 Our park reporter Ivonne recently visited the Swan Reserve to see what this new addition has to offer. Here’s what she found out!

In addition to the Swan and Dolphin’s relatively recent modern makeover, the Swan Reserve boasts a clean, bright design that Ivonne found had a more intimate feel than many of the resorts on property. 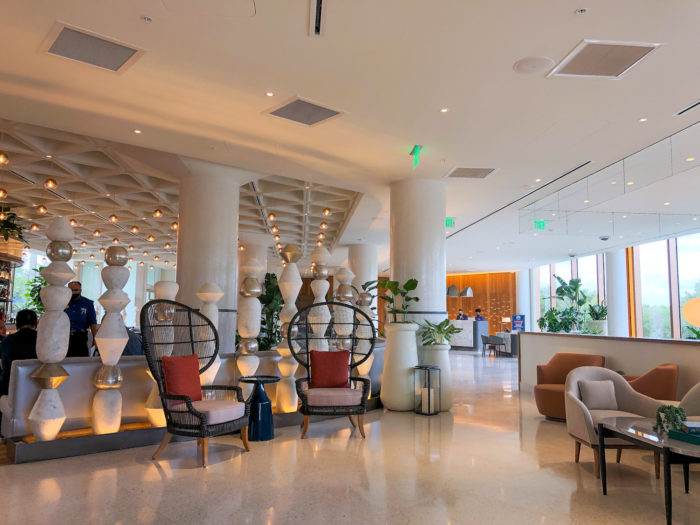 However, if you’re looking for family-friendly “theming” or dislike Disney’s Pottery Barn meets Ikea design choices of late, the Swan Reserve probably isn’t for you. 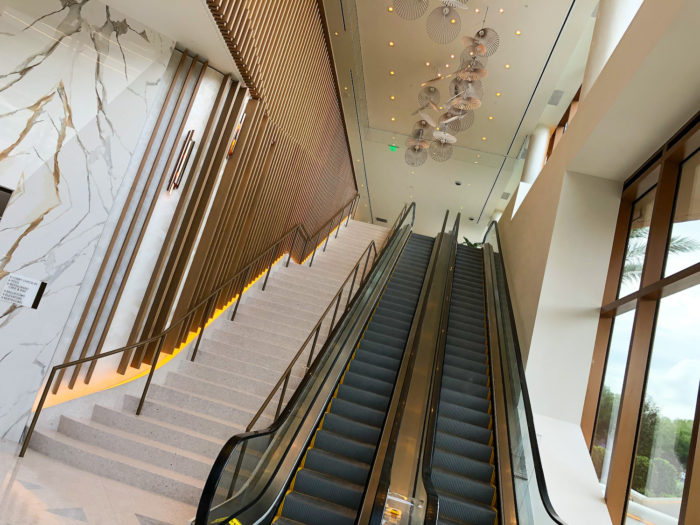 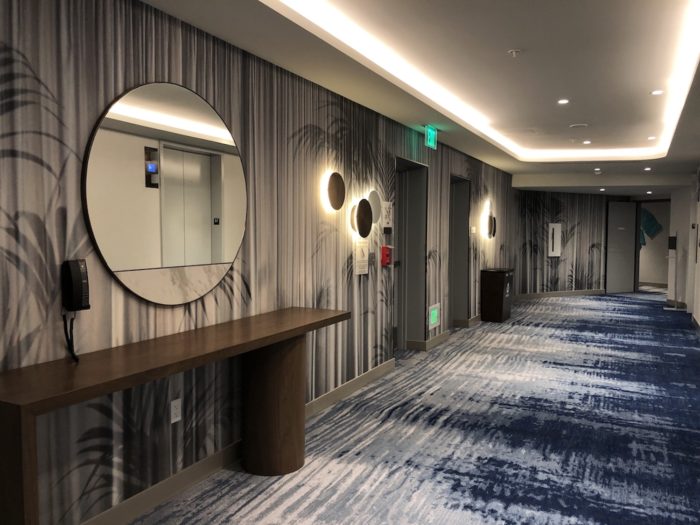 As she explained, this resort is geared more towards conventioneers or those on business trips. So while there are Mickey touches here and there, you’ll find them more subdued than at some Disney resorts. 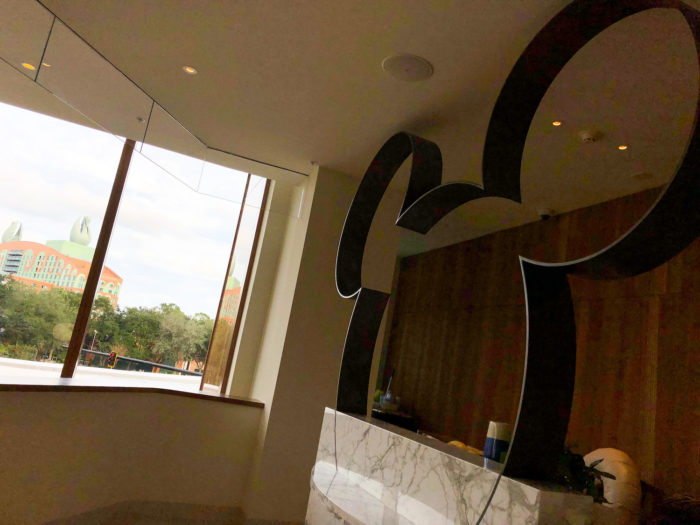 She also got a peek of the top floor which is both a ballroom and a terrace area called The Vue. The name is appropriate in that it offers gorgeous views of the surrounding Disney property and the Harmonious fireworks display at EPCOT! 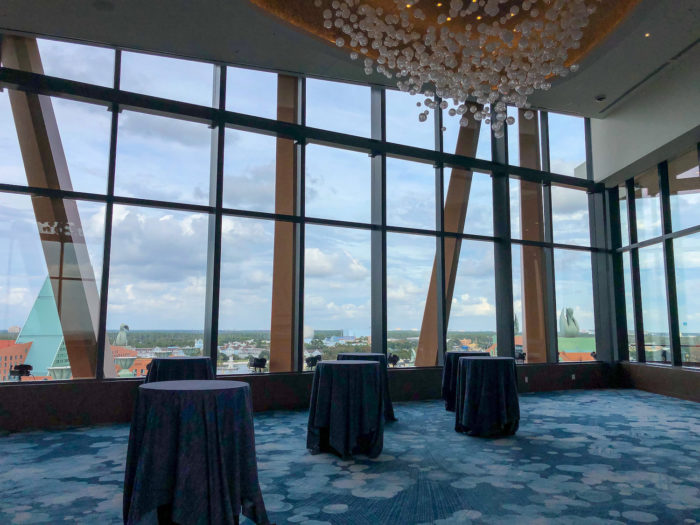 In addition to the Swan and Dolphin’s variety of dining options, the Swan Reserve has two bars – Stir and Tangerine – that serve food as well as drinks. 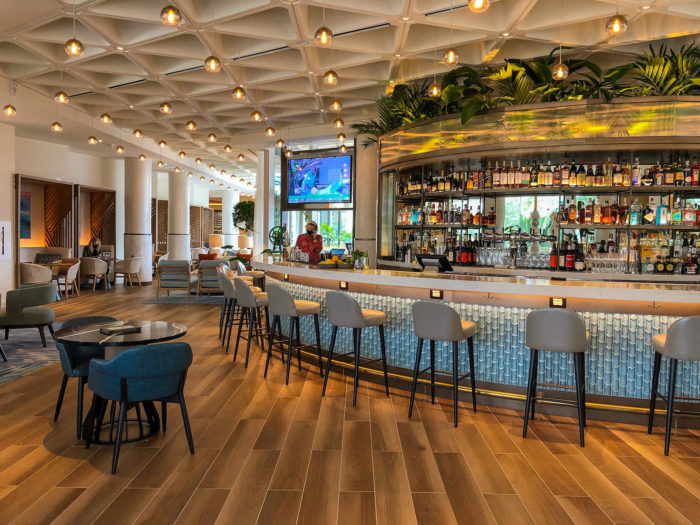 Plus, the resort features Amare, a new Mediterranean restaurant, that offers a buffet for breakfast and an a la carte menu for lunch and dinner. 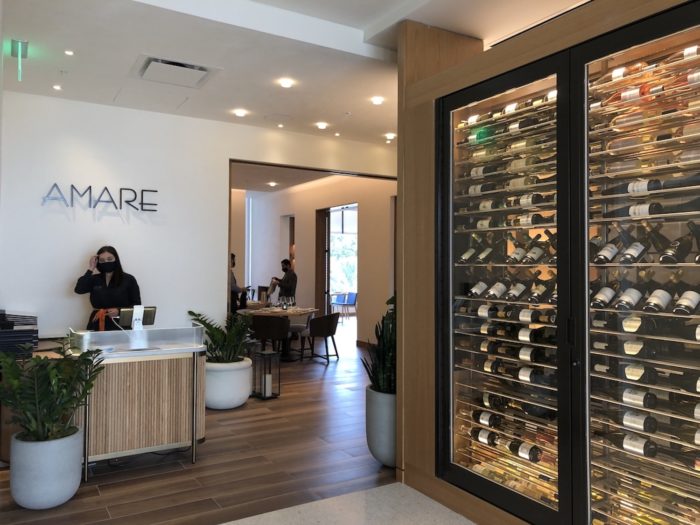 For guests who prefer not to wait in a Starbucks line that rivals that of Seven Dwarfs Mine Train, the Reserve has its own coffee shop called Grounds! 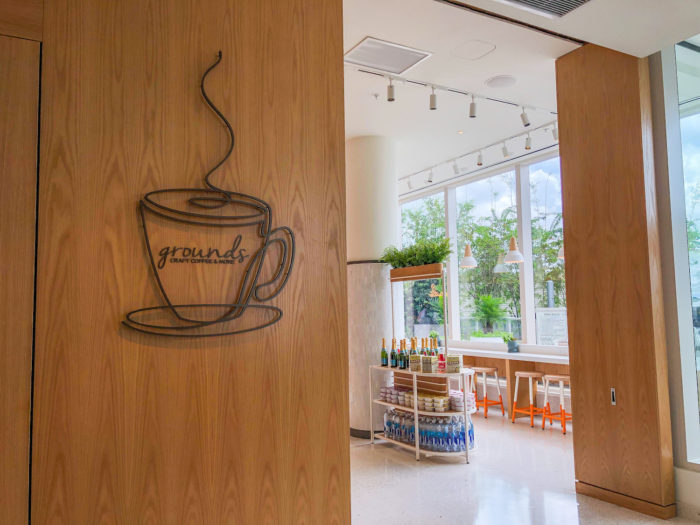 In addition to coffee, guests can also purchase pastries, grab-and-go options, and even alcoholic beverages. 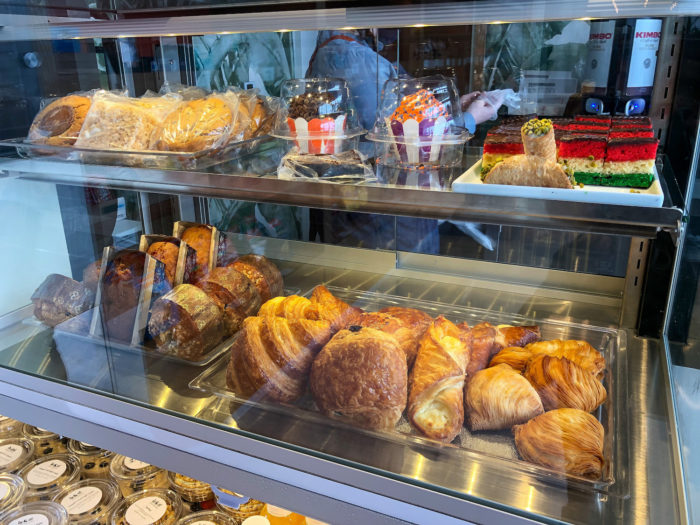 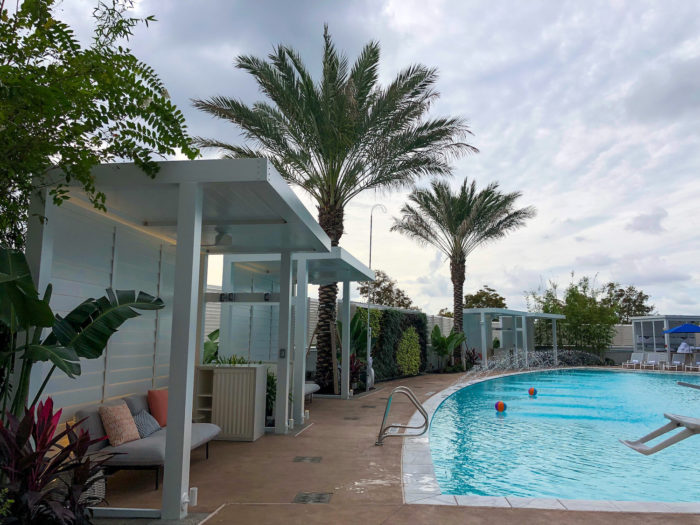 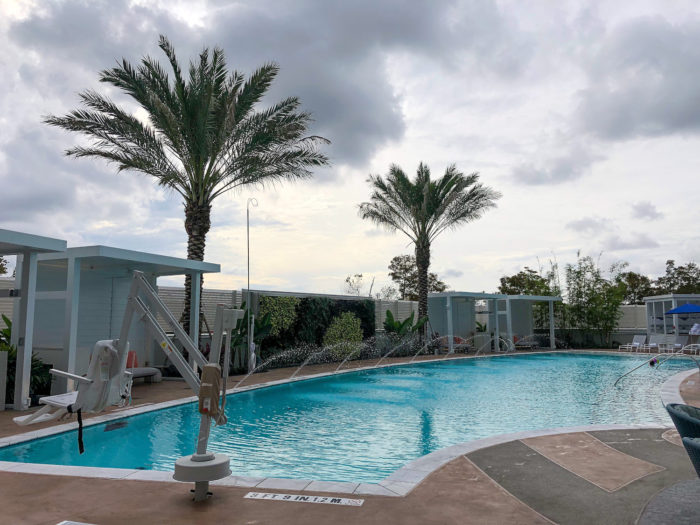 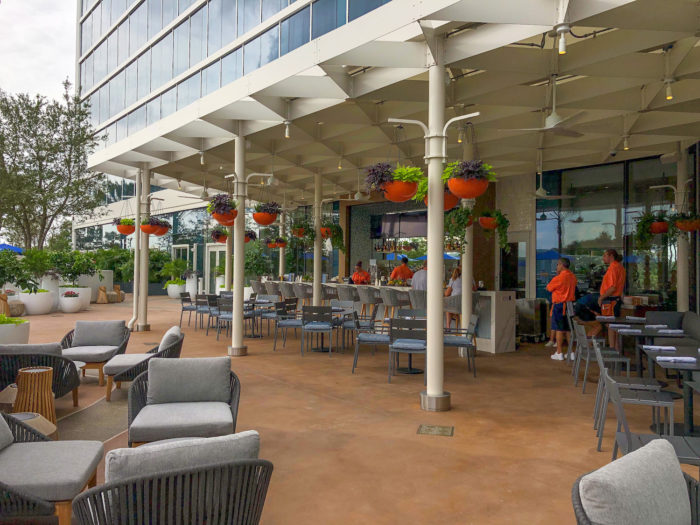 This new hotel boasts 349 rooms with 151 of them being suites. 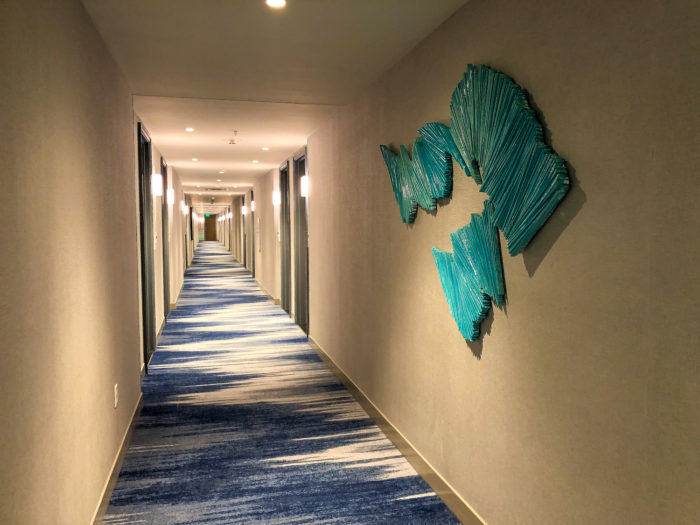 Ivonne got to look inside a 2 bedroom suite that was a combination of a standard room and a junior suite. 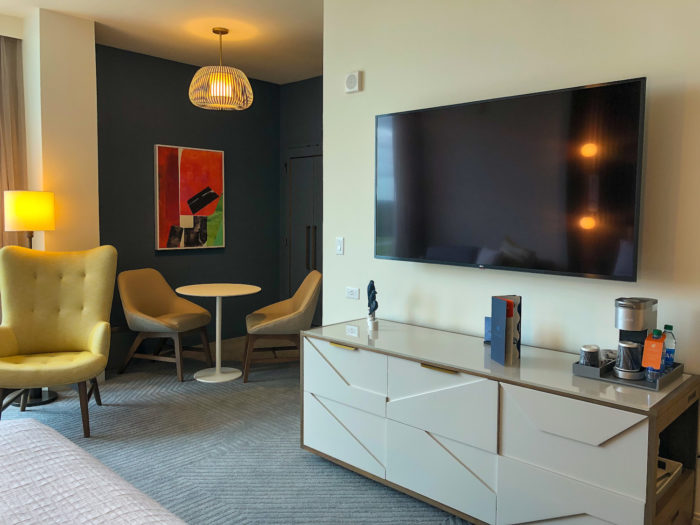 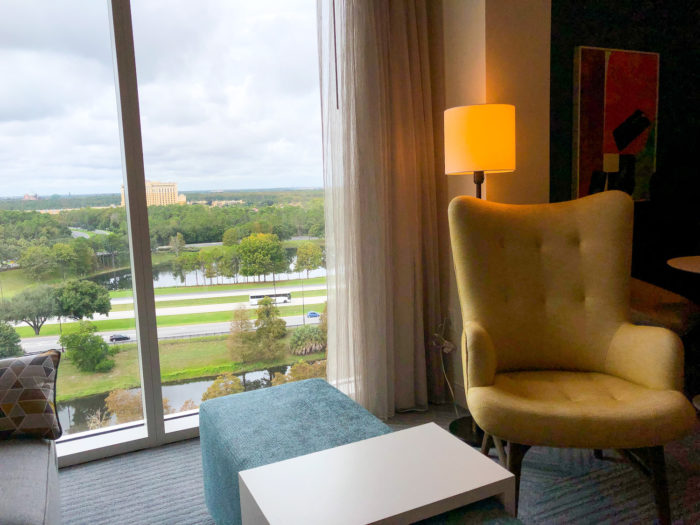 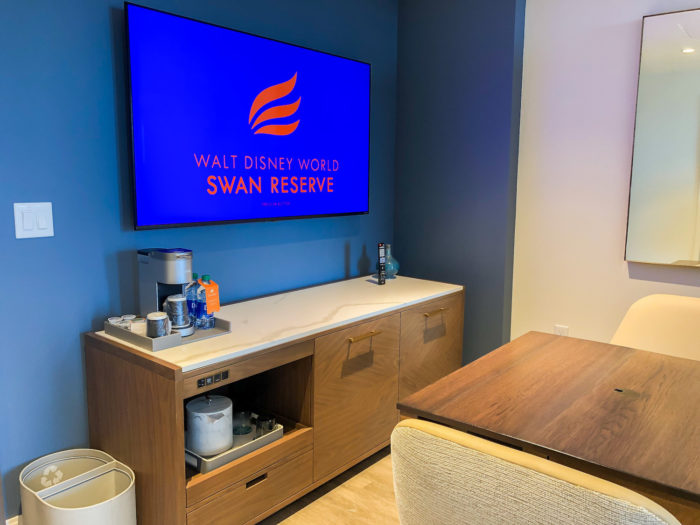 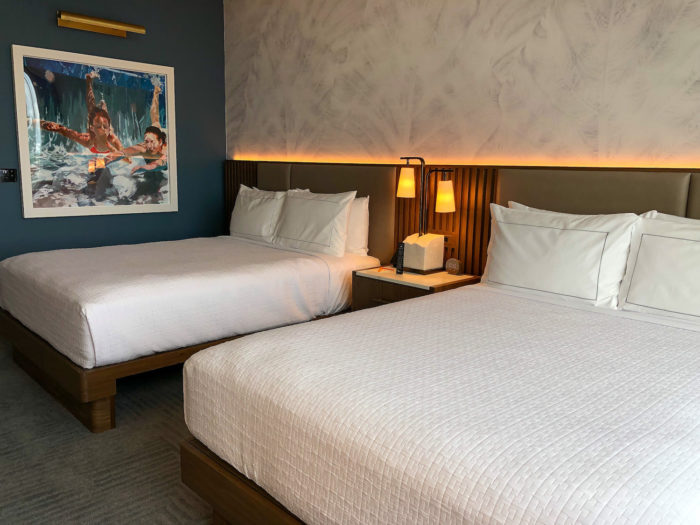 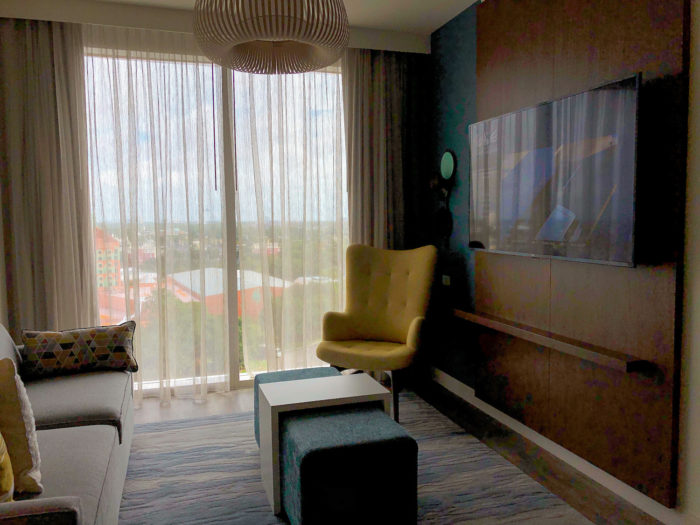 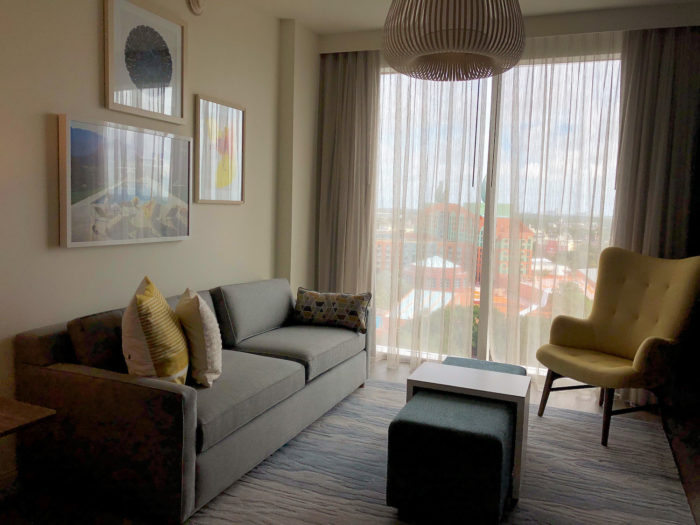 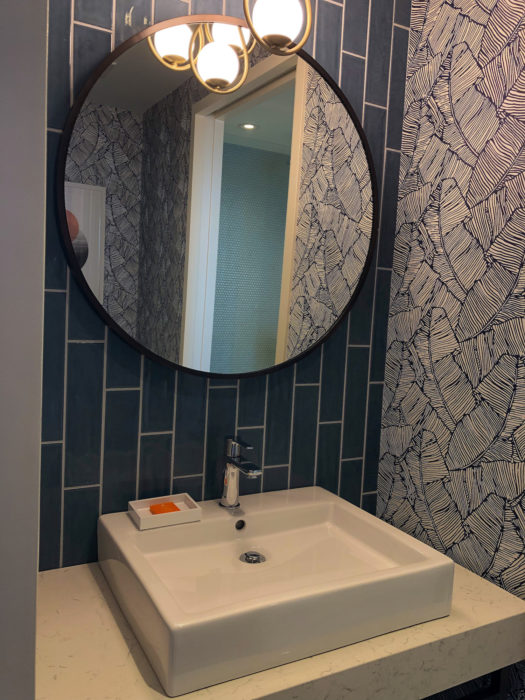 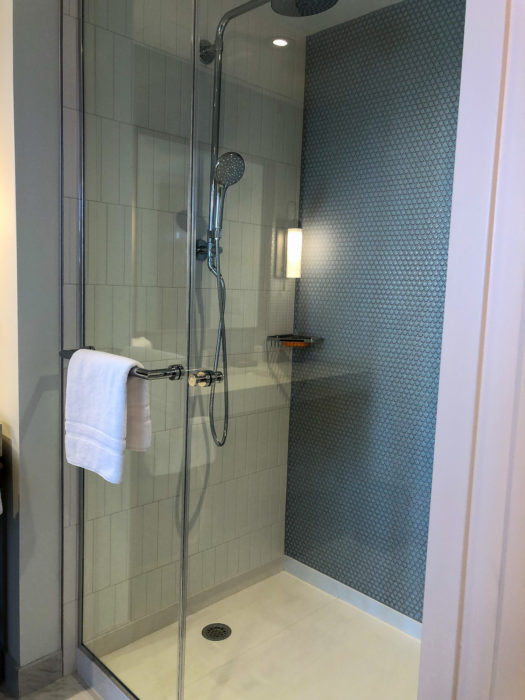 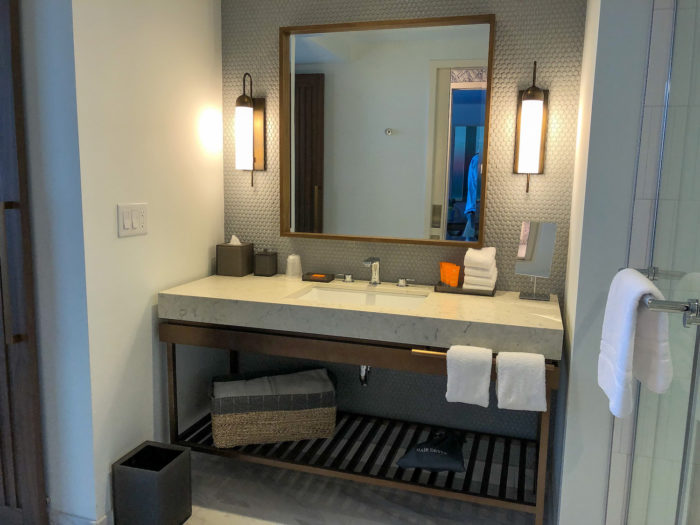 In addition, she also got to peek inside one of the traditional rooms. 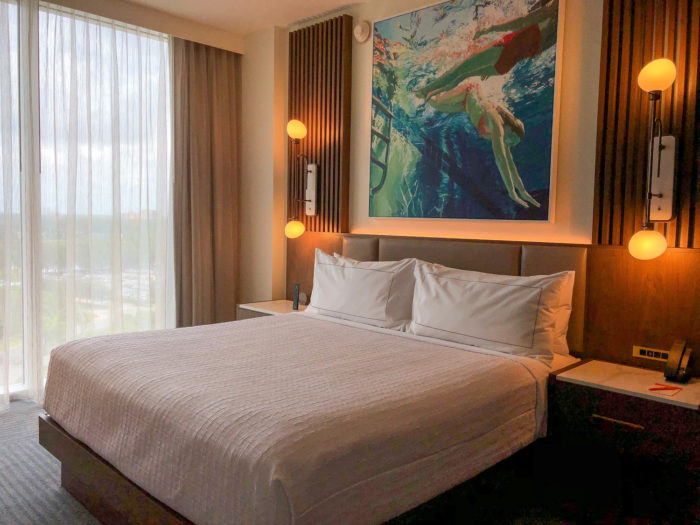 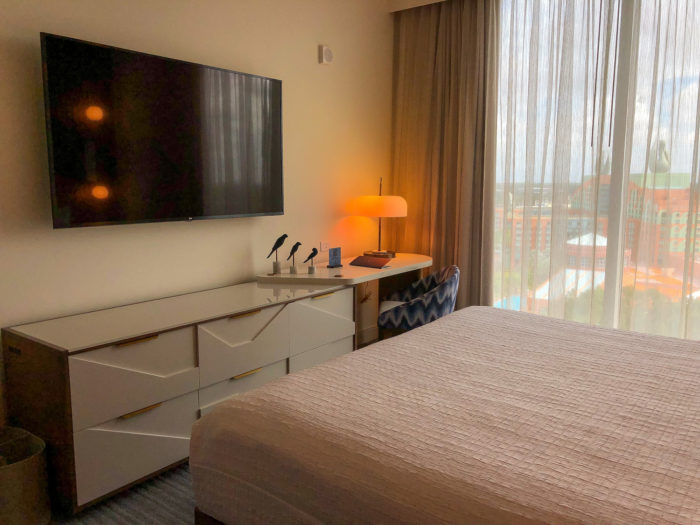 Both rooms she saw offered fantastic views of the Swan and Dolphin and EPCOT as well.

Along with walking paths to both EPCOT and Disney’s Hollywood Studios, the Swan Reserve also offers access to complimentary bus and watercraft transportation to the Disney Parks. 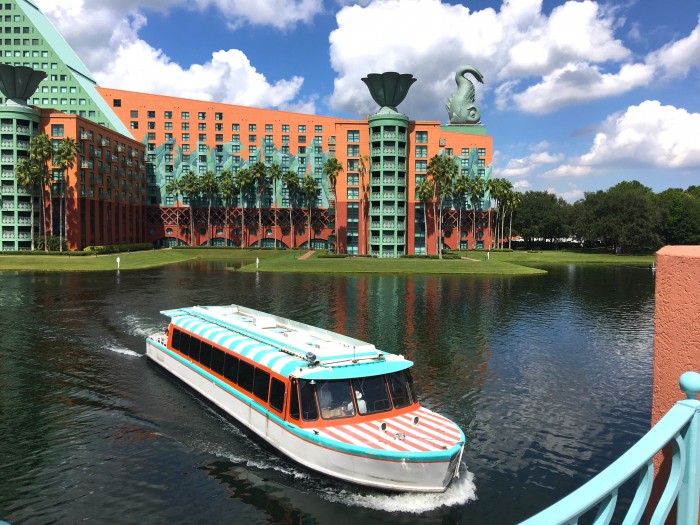 Are you a fan of the Swan and Dolphin Resort? What do you think of the new Swan Reserve? Let us know in the comments!

2 thoughts on “Swan Reserve: A Peaceful Getaway in the Heart of it All”