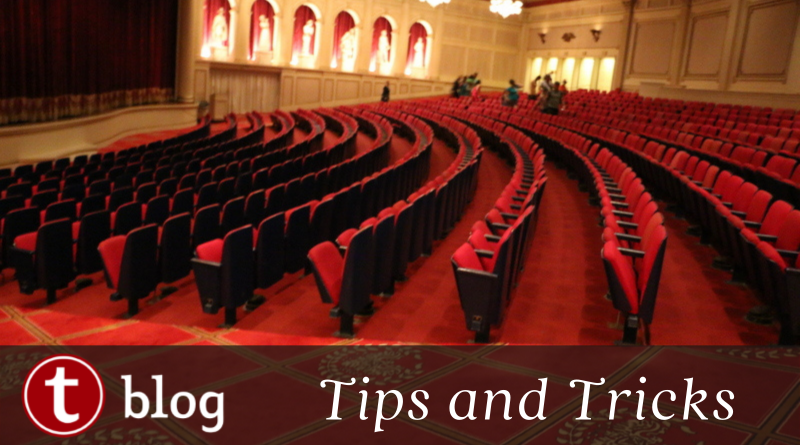 With over forty square miles of non-stop fun, Disney vacations can get overwhelming and exhausting for even the most intrepid traveler. But never fear – the cure for the tired tourist is the tried and true Walt Disney World nap. Let’s get right to it … so I can go lie down.

I’ve paid a zillion dollars for my Disney vacation. Why would I want to waste my time napping?

More power to you if you can make it through a week of 16 hour days racing from Space Mountain to Pluto, but most folks find that the Florida sun saps their strength after about 4 to 6 consecutive hours of park touring. After that, most children, and many adults, find that they need a break to recharge their batteries. Without some sort of rest or change of focus, energy flags, tempers flare, and interpersonal skills completely disintegrate.

When you walk through the parks and see the crying kids, the bickering spouses, and that guy yelling at a cast member, you’re looking at people who are not enjoying their expensive vacation because they didn’t want to waste their money by taking a nap. Hmmmmmm, what’s wrong with that picture?

I’m not a napper, does this mean I’m going to have a bad vacation?

True confession time: I’m not a napper either. I’d like to be a nap, but unless I’m ill, it just doesn’t happen.

For me, a lingering meal in a nice air-conditioned restaurant is refreshment for both the body and soul. Other people may be revitalized by a swim, or simply by sitting in a lounge chair and working a crossword, but lots of folks do need real nap to recharge.

If you’re not a napper, how can you give advice about napping?

Well, I’ve spent the last 20 years visiting the Disney Parks with my husband, whom I’ll affectionately refer to here as Captain Nap. Captain Nap is true professional in the art of snoozing anywhere, anytime. He’s had mid-day sleeps at a dozen Disney resorts, all four theme parks, both water parks, and at least five forms of Disney transportation. I’ve learned from the master.

Most guide books I’ve read, including the Unofficial Guide to Walt Disney World, recommend going back to my hotel for a nap. Is that really necessary?

There are alternatives, but chances are, everyone will get a more satisfactory rest if you’re away from the hustle of the parks. You can veg out in your hotel room in a way that’s just not possible elsewhere. And remember, even on a Disney vacation, the trip isn’t ALL about the rides; it’s also about spending quality time with your family or friends. You may be able to do this more effectively and enjoyably when you’re not sprinting to get the next FastPass.

That being said, there are times when going back to the hotel doesn’t make sense. For example, if you’re staying at a hotel/house/condo that’s far removed from Disney property, it may simply be too time inefficient to return to your room. Also, if you’re visiting during Christmas, New Year’s Day, or July 4th, the parks may be so crowded that if you leave, you won’t be able to get back in. Ironically, this may be one of the times when you most need a nap, but that’s another story.

If I can’t go back to my room, where can I nap in the parks?

There are number of longer show-type attractions that take place in dimmed, air-conditioned rooms. Most of these shows last between 17-25 minutes and, according to Captain Nap, these are perfect for grabbing 40 winks. Particularly nap-friendly attractions include:

What are my alternatives if I don’t want to, or can’t, sleep during an attraction?

If you can find the space, feel free to lie down for a few minutes on any shady bench. Try to find an out of the way spot, but if you look like you’re just resting for a bit, often cast members won’t bother you. For example, there are benches near the exit area to Space Mountain that are often sparsely populated.

Captain Nap’s trick at EPCOT is to dip under the rope at the America Gardens pavilion and lie down there while the rest of the family buys fancy candy in the Japan pavilion.

You can also find a grassy area to lie down, although many quality nap areas at EPCOT are now construction zones.

Any suggestions for something more private?

If you’re staying off site, but want to give yourself the illusion of staying at posh on-property digs, head on over to one of the monorail resorts. You can grab one of the cozy arm chairs in the lobby of Grand Floridian, pretend to read the paper, and then nod off for half an hour. Also, the second floor convention area of the Contemporary Resort is almost always empty and has some really comfy couches. Snooze City!

You can also go outside at any of the monorail resorts and lie down on the beach area. No one will bother you. This also works if you’re at EPCOT by lying down on the beach by the Beach Club resort. However, with any outdoor napping in Florida, be mindful of the sun. Choose a shady spot (that will stay shady) and slather on the sunscreen.

If you’re at the Magic Kingdom and are willing to take a boat instead of a monorail to get to a covert nap site, try beach spots at the Wilderness Lodge or Fort Wilderness. A truly wonderful nap spot is the Iron Spike room off the lobby of the Wilderness Lodge Villas building. No one is ever there, it’s fairly dark, and the seating is comfy cozy.

Napping at a hotel lobby or on the beach is really OK?

Well, I wouldn’t don your PJs or whip out your TempraPedic pillow, but generally yes, this is fine. Captain Nap has done it MANY times himself and over the years I’ve seen dozens of other guests do it as well. Try to keep your snooze under an hour and you’ll likely be left alone. The very worst thing that will happen is that a cast member will tap your shoulder to check on you or perhaps alert you to an event that will soon be happening in the area.

If you’re concerned about sacking out for too long, set your phone alarm to wake you up after a reasonable amount of time.

How can I get my kids to nap in our hotel room?

If you have a child under the age of three, chances are he’ll be napping in a Pack n’ Play Crib while you’re at Walt Disney World. You can practice with one of these at home to make sure he’s used to this type of sleep surface.

You can also get better naps by choosing the right type of hotel room and by effectively modifying your room to make it more conducive to sleep. Examples of this might include bringing clothespins to keep your room curtains tightly shut, asking housekeeping for extra pillows to form a barrier between siblings, or getting a white noise app for your iDevice to create a sleep-inducing hum.

Are the Disney rental strollers good for napping?

Nooooo. The Disney rental strollers are hard plastic. They have no fabric, no padding, and they do not recline. If your child is of an age where you think stroller napping will be an inevitability, then I strongly suggest that you plan on using a non-Disney stroller. (Actually, I strongly suggest that anyway–this is just another good reason to consider the Disney strollers off limits.)

The best option for getting your child to stroller nap is to bring your own stroller from home. The child will be comfortable and you’ll be familiar with how all the features operate. If that’s not feasible, then consider renting a stroller from an independent Orlando agency.

Is my park touring stalled if my child falls asleep in the stroller?

Not at all. Use this situation to take advantage of Disney’s rider swap program. This allows one adult to ride an attraction while the other stays with the baby; then they switch spots without having to wait in line twice.

Any nap suggestions for Disney Springs?

Disney Springs does have some benches and a grassy area (try looking to the left of Characters in Flight as you face the water), but if you don’t mind paying a premium for shut-eye, head on over to the AMC movie theater. Look for the dullest film possible and get two blissful hours of dreamland.

Paying for a movie just to nap may seem silly, but if it allows you stay at dirt-cheap lodgings far away from Disney property, then it may be worth the price of a matinee.

So sleepy travelers, do you plan for a mid-day nap during your Disney vacations? Have you ever napped in a Disney park? Do you have the perfect spot for a secret snooze? Let us know in the comments below.

34 thoughts on “The Art of the Walt Disney World Nap”