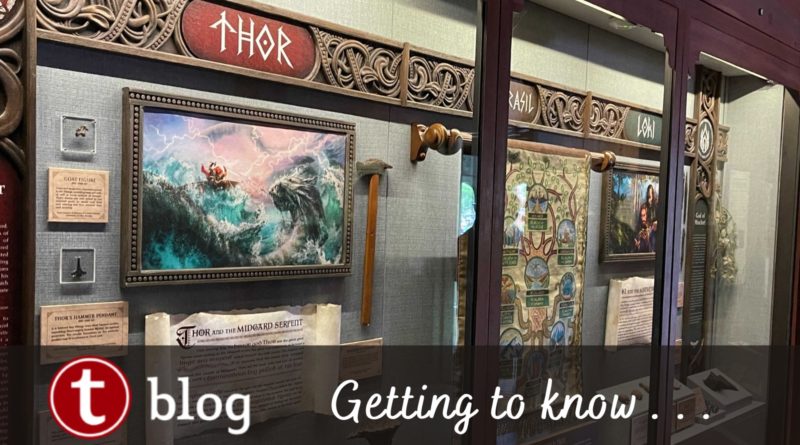 What pops into your head when someone asks, “What comes to mind when you think of World Showcase”? A favorite place to eat? A fave shop? A preferred resting spot while enjoying a refreshing beverage?

Of course there all these things, plus great rides like Frozen Ever After, the Gran Fiesta Tour, and (soon) Remy’s Ratatouille Adventure. But tucked among them all are the hidden gems of the World: the galleries or “mini-museums” featuring cultural exhibits.

My friend Julia has pointed out that these are more than just places to walk through while waiting in line or heading in to eat. They offer the chance to learn a little and gain some appreciation without feeling overwhelmed (like you can at your local museum where there’s just so much to take in at once). Here, the information appears in smaller displays and digestible bits – without being mere infotainment.

Another friend of mine, Darren Wittko (who was a teacher before becoming a Disney travel agent) told me: “The museums in Epcot are wonderful. Some artifacts are on loan from actual museums…I used to do a scavenger hunt for my students when we would come down for a week. In some of the quests, the students had to interact with one of the Cast Members to find out more about the items on display. One of my favorites was the letter to George Washington from the King of Morocco. He congratulated Washington on our independence and therefore, it’s believed Morocco was one of our first allies. The letter is a replica of course, but it’s displayed on a wall right near the restaurant.”

How many times have you visited the Morocco pavilion and walked right past that particular item without noticing it or being aware of its significance? Let’s head around the World and see what else we can learn!

The first gallery is the Mexico Pavilion, housing Remember ME! La Celebración del Dia de Muertos. This exhibit in the Mexican Folk Art Gallery celebrates the Day of the Dead holiday and features traditional art by both Mexican and Mexican American artists. You’ll notice nods to the Pixar movies “Coco” as well as items on loan from museums illustrating the history of the celebration. Take time to admire and enjoy the intricately crafted “papel picado” (“perforated or pecked paper”), sugar skulls, and paper sculptures, too. 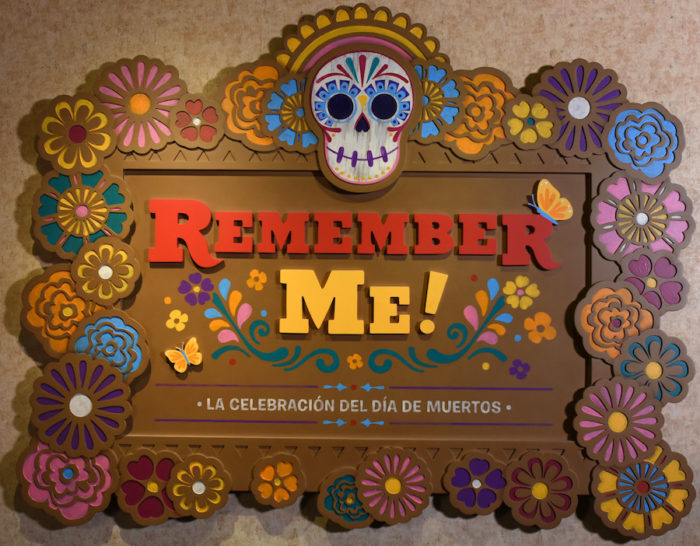 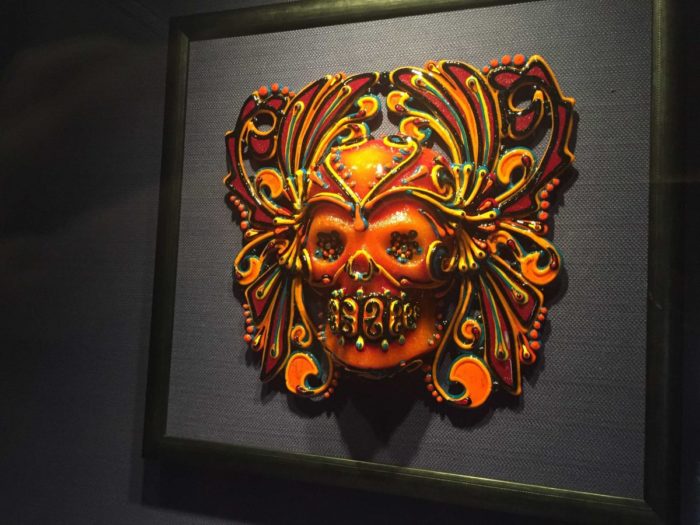 Next stop is the Stave Church Gallery in Norway. Consider yourself a savvy WDW tourist if you’re among those who know you can actually walk inside this church, a smaller scale replica of the 12th century Stave Church (originally from Gol, now relocated to Norwegian Museum of Cultural History in Oslo, Norway).  Inside, the Gods of the Vikings exhibit features authentic Viking artifacts and information about Odin, Thor, Loki, Freya, and more. 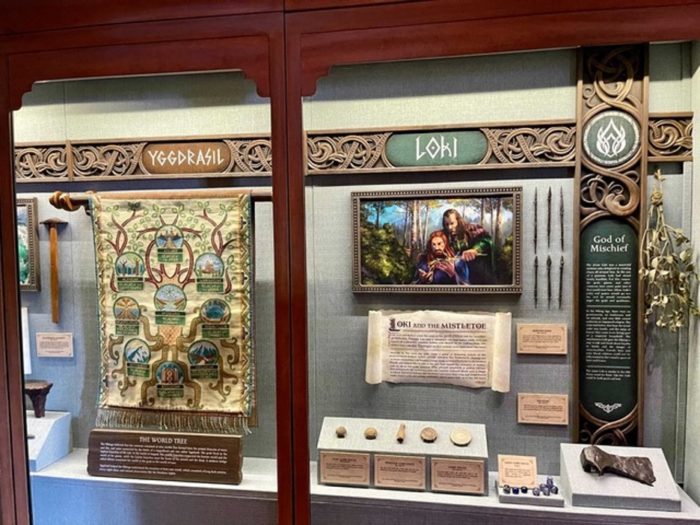 At the China Pavilion, The House of Whispering Willows Gallery gives you a look at the Shanghai Disney Resort. On display are drawings, photos, and artwork of the 6 different themed lands, the two hotels, and “Disneytown,” the district for shopping, dining, and more. It’s a great opportunity to learn how Imagineers melded true Disney and authentic Chinese touches to create an experience that remains true to both. 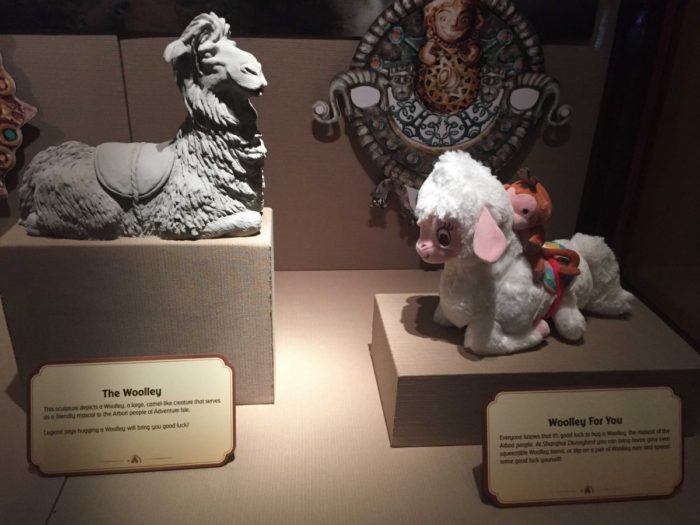 The American Adventure is currently home to two exhibits: The Soul of Jazz: An American Adventure telling the history of jazz, utilizing colorful elements from the movie Soul. And Creating Tradition: Innovation and Change in American Indian Art where works by contemporary Native artists are displayed alongside artifacts from the past to demonstrate the influence ancestral craftsmanship has on modern generations. Both are absolutely amazing and worthy of their own in-depth articles – which is why you should check out these links:

For more about the American Indian Art Exhibit, click here.

The Bijutsu-kan Gallery in the Japan Pavilion currently houses the exhibit, Kawaii: Japan’s Cute Culture.  (Kawaii means “lovable” or “cute.”) Perhaps the most succinct explanation was given by the artist Sebastian Masuda, the “father of kawaii culture,” who said, “The meaning of kawaii is that personal cosmos filled with the collection of things one madly loves.” The most widely recognized and well-known representative of kawaii to Americans is Hello Kitty. 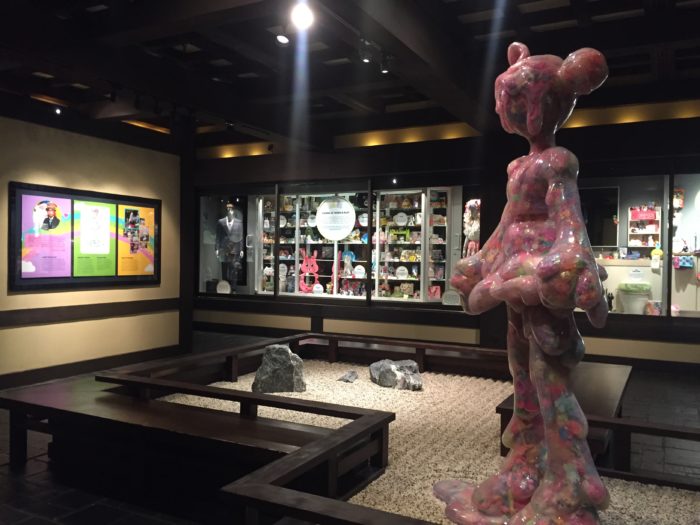 In the Morocco Pavilion  you’ll find The Challenge of the Desert – Then and Now, an exhibit that explores the story of Morocco’s indigenous people The Berbers – Thriving in the Sahara and shines a spotlight on two contemporary extreme racing events: “Race against the Sun: Ancient Technique to Modern Competition,” and “Marathon of the Sands” and “Rally of the Gazelles”. You can read more about these by clicking here. 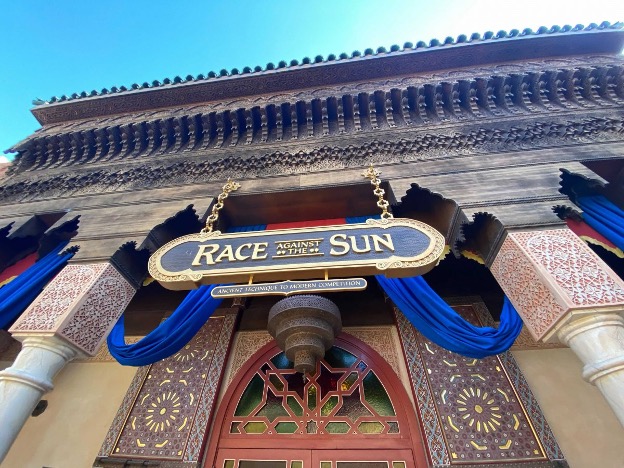 Our last gallery is in France where The Palais du Ciném has a new exhibit called, Tale As Old As Time: French Storytelling on Stage and Screen. Six gallery cases hold a collection of costumes, music, art and more, including a glass slipper from the live-action “Cinderella” film and Belle’s costume from the live-action “Beauty and the Beast.”  Also on display are items on loan from productions by the Orlando Ballet, Opera Orlando, and The Garden Theatre.

So when someone tells you EPCOT is just a bunch of shops and places to eat, you can set the record straight! And now that you’re in the know, take time to stroll, linger and enjoy the information these mini museums have to offer.