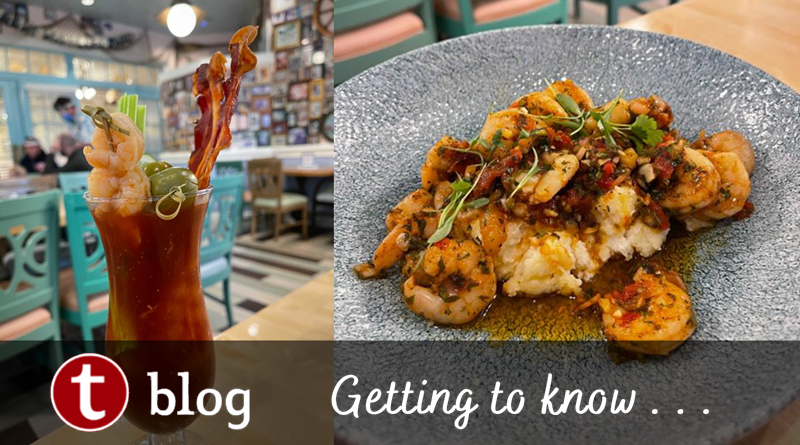 Did you get up at 6:30 and scarf down a granola bar en route to a 7:30 Early Entry? After 3 hours in the parks, heading out to a lazy brunch just as the weekend crowds (and the heat) start to peak might be just the ticket. In this article we’ll run down which restaurants serve brunch at Disney World, and cover some of the dishes at each that you can only get at brunch.

Click on any section title for more information about the location.

Most of the menu though is a brunch-only lineup, including Biscuits and House-made Donuts on the starter menu, followed by entrees such as

Short Rib Hash
Two sunny side up eggs over our short rib hash with grilled corn succotash, potatoes, onions, red bell and Fresno peppers for a bit of a kick. Served with a cheddar cheese drop biscuit and choice of side.

alongside standards such as French Toast or the Grand-Daddy Plate with eggs, biscuits, and bacon. Not forgotten is the liquor side, with several brunch-only cocktails like the Blueberry Mimosa and a Sweet Tea Shine.

Brunch is served Saturday and Sunday from 9 a.m. to 12:55 p.m., and Homecomin’ is one of the most sought-after brunch reservations. We recommend booking ASAP if you’d like to try it out.

City Works features an eclectic brew pub menu with Tex-Mex and smokehouse touches. Favorites from the shareables and burger menus such as Kung Pao Cauliflower, City Works Burger, and Filet Mignon Sliders are joined on the weekends by more breakfast-oriented fare such as

On the beverage side, unique brunch offerings include a Golden Honey Margarita, the Hot Blooded (a loaded Bloody Mary), and a Cranberry Mojito.

Brunch is served Saturdays and Sundays from 10 a.m. to 2:55 p.m., and reservations are often available within the same week. As with all Disney Springs restaurants, don’t forget to look on Open Table if you can’t find anything through Disney’s restaurant search.

House of Blues in Disney Springs’ West Side is generally a solid pick for its meat-focused menu. But on weekends, brunch trots out an entirely new set of dishes. Regular standards such as Steak & Eggs, Breakfast Burrito, and Barnyard Breakfast (eggs, sausage, home fries & toast) are found next to offerings such as 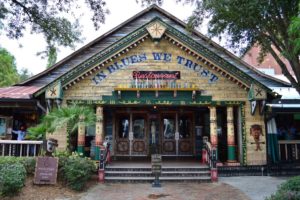 The drinks menu features bottomless Mimosas or Bloody Marys, and a Morning Mule.

Pre-COVID the House of Blues Gospel Brunch with live music was a popular event, but it has not yet returned and reservations are often available within the same week. Brunch is served Saturdays and Sundays from 10 a.m. to 1:55 p.m.

This trattoria-style restaurant with an airline theme serves classic Italian fare. The brunch menu is a bit of a mashup, with the entire Antipasti, Insalate, and Pasta sections from the weekday lunch menu joined by select Secondi from the dinner menu such as Pollo alla Parmigiana and Bistecca alla Griglia. There’s also a selection of dishes that are only available at brunch, including 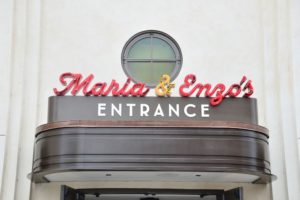 The beverage menu features Bottomless Mimosas, Bellinis, or Rossinis in addition to a Breakfast Margarita.

Maria & Enzo’s serves brunch on Saturdays and Sundays from 11:30 a.m. to 3:30 p.m., making this one of the latest-running brunches at WDW. Reservations are often available within the same week.

Tucked away in Disney’s Old Key West Resort, Olivia’s Cafe is widely regarded as a sleeper pick for great food. It’s one of the few restaurants on this list that serves breakfast. That’s reflected in the brunch menu which contains some favorites from the breakfast menu such as Banana Bread French Toast and the Sombrero Omelet as well as a selection of items from the lunch menu including Miss Vickie’s Veggie Burger.

The relatively few just-for-brunch items fuse the two meals with offerings that meld elements of both meals:

Olivia’s brunch starts bright and early at 7:30 a.m. on the weekends, and is served through 2 p.m. Reservations are often available in the same week.

Raglan Road’s regular lunch menu boasts a few breakfast items that are available until noon, and some of these, including the Full Irish have made their way to the brunch menu. A number of other popular items from the lunch menu are also found at brunch, including the Worth the Wait Beef Sandwich and their well-regarded Fish & Chips. In fact, the menu is divided into “Starty Stuff”,”Brunchy Stuff”, and “Lunchy Stuff” sections, and everything found under Starty Stuff and Lunchy Stuff can be found on the weekday lunch menu.

So what’s only for brunch?

All This… And Eggs On Top
Pulled slow braised beef, potato hash with sautéed mushrooms, green onions, mushroom ketchup topped with 2 sunny side up eggs

The beverage menu doesn’t boast any unique items for brunch either. Brunch is served from 9 a.m. to 3 p.m. on weekends, but it might be worth your while to compare the brunch and lunch menus and decide whether one of the three dishes above is worth giving up some of the dishes on the lunch menu that didn’t make it over to brunch. Reservations at Raglan Road can often be found within the same week for either brunch or lunch.

STK, in Disney Springs’ Landing, serves … steak. And in fact, all of the steak on the regular lunch menu can be found on the brunch menu as well, with a couple of additional Surf ‘n’ Turf options at brunch. The Salads and Starters are also the same, including the Baby Gem Caesar, the Bigeye Tuna Tartare, and STK’s version of Crispy Calamari. 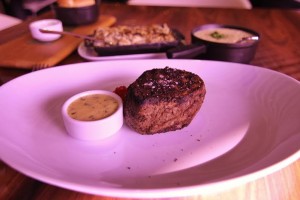 Amidst those popular items, the 8 items in the entree section are found only at brunch, including

STK brunch is from 11 a.m. to 3 p.m. on weekends, and reservations are often available in the same week.

I am always surprised how often there are reservations available for next-day or within the week dining at Wine Bar George, given that it’s rated #5 out of all WDW table service restaurants based on survey data from TouringPlans users. Maybe it’s partly because the regular menu is mostly small plates with relatively few full-size entrees. That shouldn’t be a put-off at brunch though; the small plates are mostly off the menu at brunch and the entree section increases in size to make up the difference.

In addition to the Charcuterie and Cheese Boards, you’ll find the following brunch specialties and more.

The beverage menu is a highlight (as you might guess from the name), and includes a few brunch-only cocktails such as the Paloma and the Aperol Spritz.

Brunch at Wine Bar George runs from 10:30 a.m. to 2 p.m. on Saturdays and Sundays, with reservations often available a few days in advance.

The brunch menu at Wolfgang Puck contains a number of items from the regular lunch menu, including a selection of pizzas (with a smoked salmon option for brunch only) and the popular Chicken Schnitzel. There are quite a few special-for-brunch-only items though, including

Wolfgang Puck’s brunch menu is available on weekends from 10 a.m. to 3 p.m., with reservations often to be had on short notice, within the same week or only a few days in advance.

What’s your favorite brunch at Disney World? Let us know in the comments!

7 thoughts on “Where to Find Brunch at Disney World”