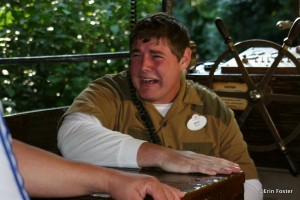 A frequent area of confusion for Disney guests is the topic of tipping. International guests may be unfamiliar with American tipping in general. There are some Disney travel situations where guests tip differently than at other travel destinations. And some folks are just plain miffed that they have to tip at all. Nonetheless, gratuities are a part of life when you travel in the United States.

SITUATIONS WHERE YOU NEED TO LEAVE A TIP

That certainly sounds like a lot, and in some cases it can be. But there are also many Disney service people that do not require tipping. In general, cast members working in the theme parks, with the exceptions of dining and personal care staff mentioned above, doing their regular job in the parks are not allowed to accept tips/bribes/grift/etc. If they are seen accepting tips, this is grounds for dismissal. You can’t give them a twenty to speed you through the standby queue at Soarin’, nor can you tip them for offering you kindness or special attention.

SITUATIONS WHERE YOU DO NOT NEED TO LEAVE A TIP

Some guests, knowing the no-tips rule for in-park cast members, will bring a stash of thank you cards or tiny treats from their home town when they go to the parks. They’ll offer these to cast members who have shown them a special courtesy. Cast are allow to accept these de minimus tokens.

While giving a kind cast member a Statue of Liberty pencil sharpener is nice, what’s even better is giving the cast member some documented props. Guest comments weigh heavily in cast member performance evaluations. Your positive remarks can help good cast members get promoted into better jobs. To make an official comment, pick up a comment card at the Guest Services office at the parks. If you’d rather wait until you get home, you can send comments to: Walt Disney World Guest Communications, PO Box 10040, Lake Buena Vista, FL 32830-0040. The e-mail address for Guest Communications is: wdw.guest.communications@disneyworld.com. Be sure to include the cast member’s name and hometown (both noted on their name tag), as well as a description of the cast member’s good deed and approximately where/when it happened.

I’ve spent the past five years researching tipping culture. It’s certainly a hot button topic, with strong opinions on all sides. Tipping etiquette is also a moving target, with some restauranteurs moving toward changing the pay structure of their employees and eliminating tips (note – this has not yet happened at Walt Disney World). If you’re looking for more information about gratuity practices in the United States and other countries, here are some resources:

So fellow travelers, what are your thoughts on tipping? Do international guests think we Americans are crazy? Have you made any tipping gaffes that are keeping you up at night? Let us know in the comments below.

*this article is an update from a previous version published on touringplans.com on March 21, 2012