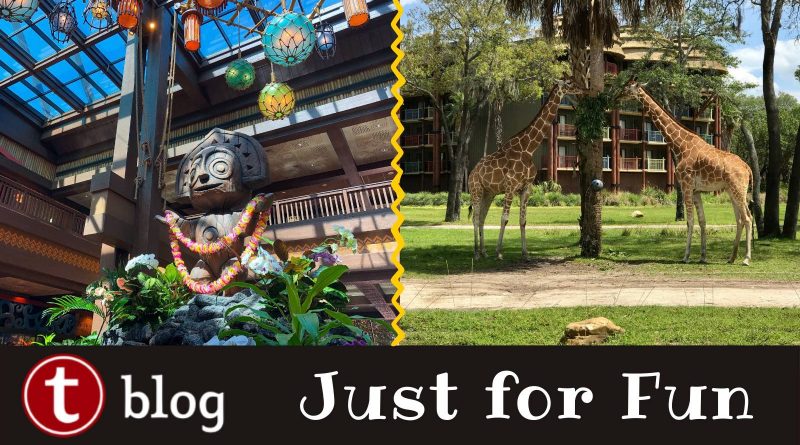 The Championship Match is set! And two thematic titans will be battling it out in the finale of our WDW Resort Tournament! Over 240 of you voted to send two more resorts to the Trash Heap. And two resorts have made it through to the championship match, vying for the crown of this oh-so-important competition. One match was never even close, and the other came down to the wire. Let’s hop into the results.

This was the tightest race of the entire competition so far. A play-by-play recap would’ve looked something like this:

Unlike Kidani vs Yacht Club, this matchup was over almost before it began. It turns out that in a battle between theme and theme+proximity+classic Disney vibes, the triple threat won. Polynesian Village Resort easily fought off Jambo House, 61.4% to 38.6%.

As the WDW Resort Tournament progresses, the submitted comments keep getting more and more entertaining. So let me share some of the fun with all of you.

Happy With the Outcome

The Championship Match is set, and it’s your time to vote! From now until 9:00 p.m. Eastern, make your voice heard. Select the Best Resort Of All and add your own color commentary. Check back in on Friday to celebrate the end of the WDW Resort Tournament. We’ll crown a winner and enjoy all of the funny comments.

Did you participate in the Wilderness Lodge Riot of 2021? Do you have any predictions for today’s championship game? Will the Yacht Club Fan Club demand a recount? Let us know in the comments!