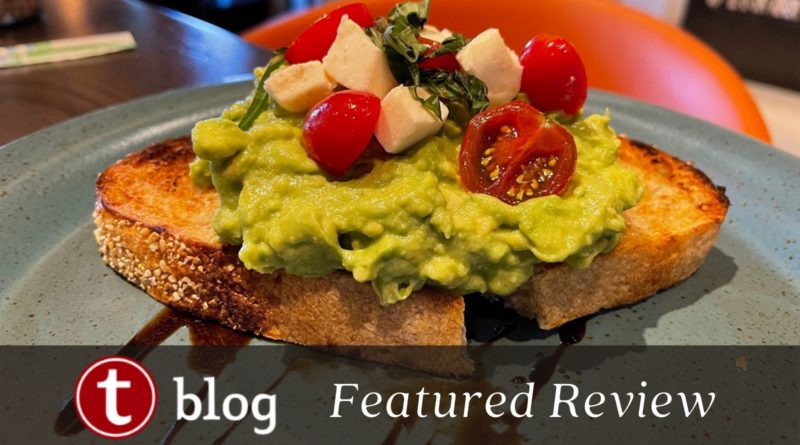 Ravello is a table service restaurant in Four Seasons Resort Orlando at Walt Disney World. Usually Ravello is home to the hotel’s Disney character dining experience during breakfast hours, but currently there are no characters and only standard breakfast entrees are available. In this review we’ll go over some of the entrees we tired during our visit. 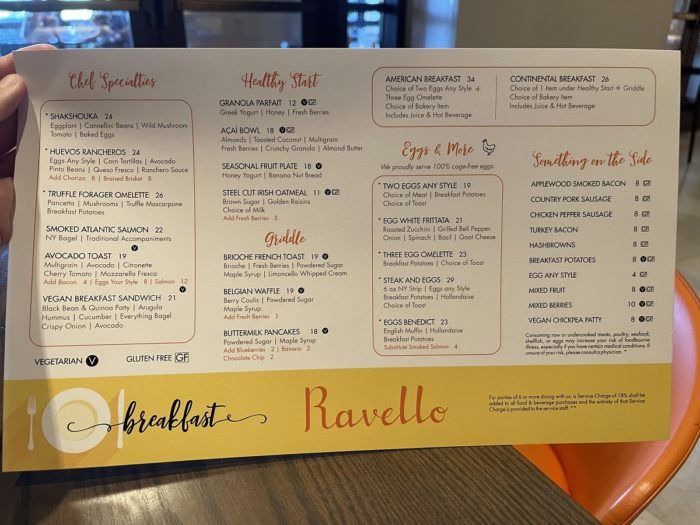 Here’s a look at the Ravello breakfast menu. Breakfast staples like omelets, waffles, pancakes, and bacon, are all available. 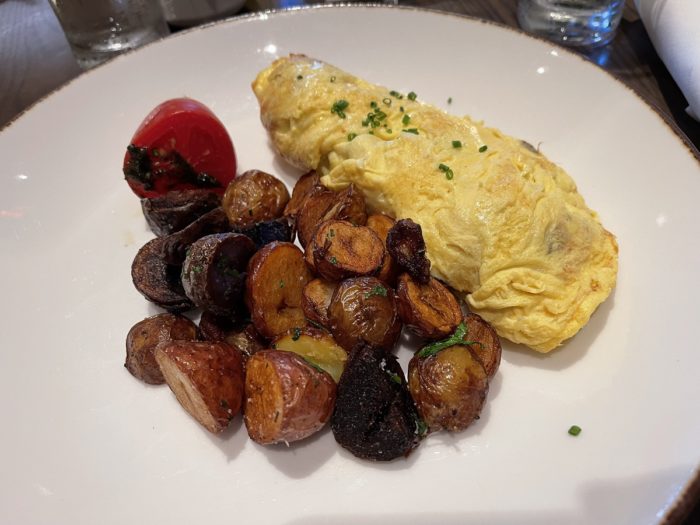 Above is the Truffle Forager Omelette which we thought would be the best omelette we had ever tasted from the description. In reality, it had very few mushrooms and was overpowered by thick pieces of pancetta. The truffle cream sauce inside was tasty, but this item was pretty disappointing given the hefty $26 price tag. 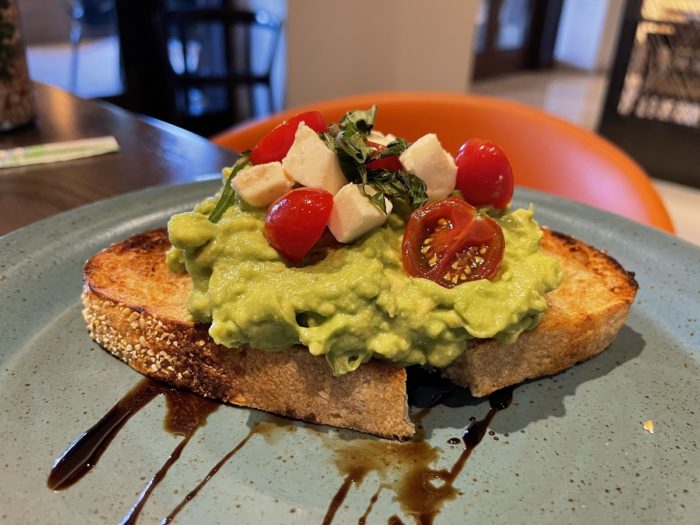 The Avocado Toast was our favorite item during breakfast. The citrusy balsamic glaze and fresh tomatoes were a bright contrast to the creamy avocado making this a really unique and flavorful dish. While it was filling enough on its own, you could add a protein to it for an extra charge. (For example, an $8 egg.) 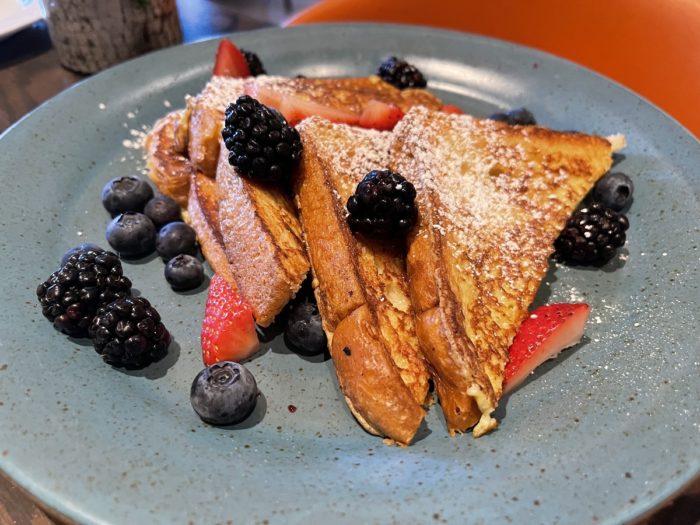 We ordered the Brioche French Toast for dessert, because every meal needs a dessert (even if that meal is at 9:00 a.m.). This was good, but not $19 good. It was pretty much the most basic French toast you could order from anywhere. It did come with a side of Limencello whipped cream which bumped it up a few notches, but overall was pretty underwhelming in taste and presentation. 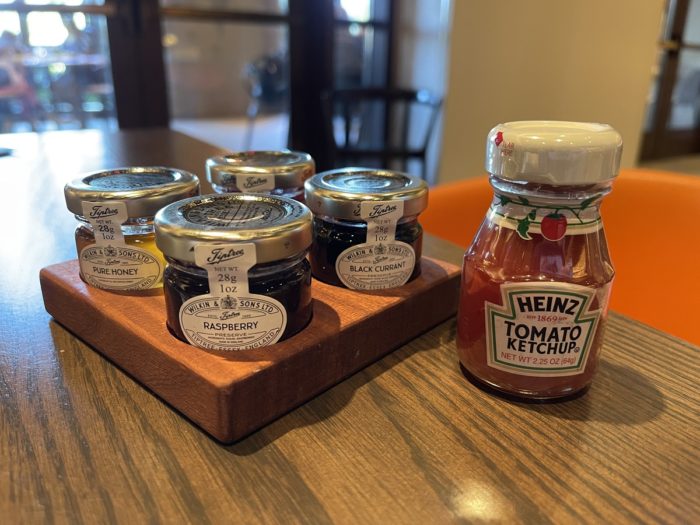 Preserves are presented in one of the fanciest ways I’ve ever seen; tiny glass jars. I can only imagine this is how the mega rich people of the world eat their breakfast every day, like Jennifer Lopez and the Queen of England. This was the highlight of the meal. 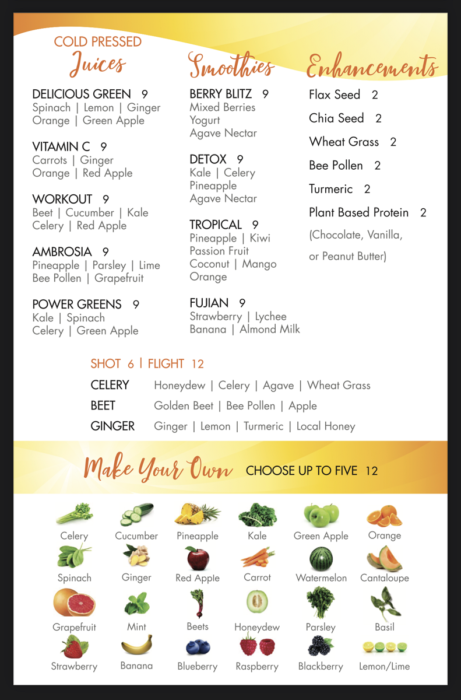 A selection of fresh juices are also available at Ravello, including a customizable option for $12. Looks good, but way too pricy for me. 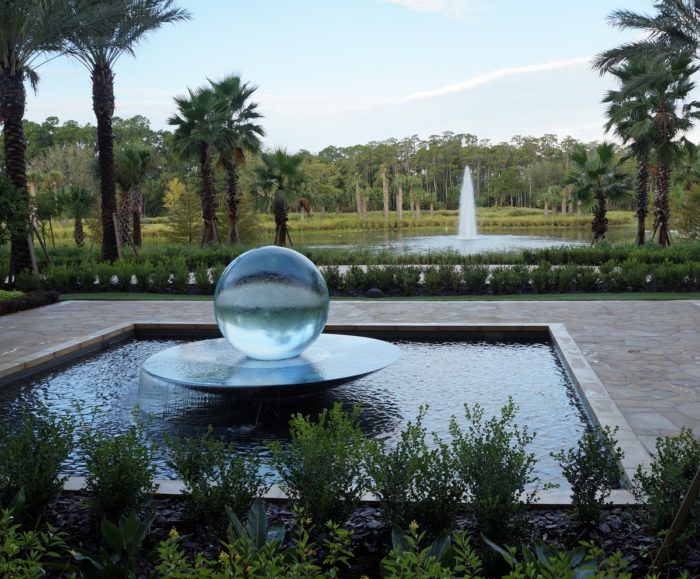 If you’re visiting Four Seasons just to dine at Ravello, be sure to walk outside of the restaurant for a bit. The grounds of the hotel contain some beautiful landscaping. 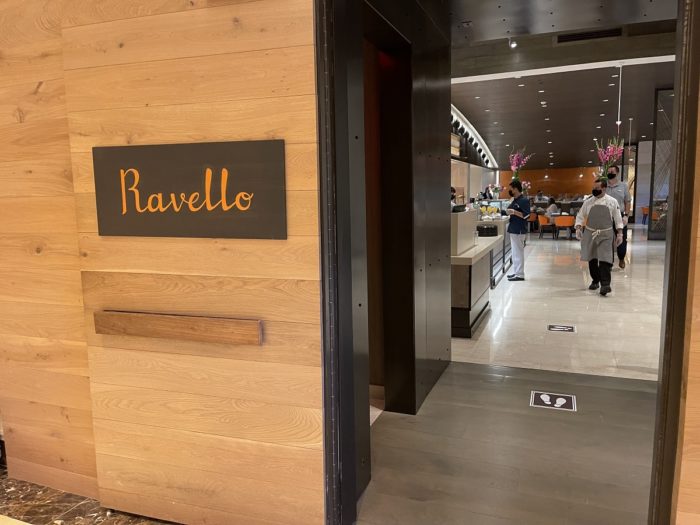 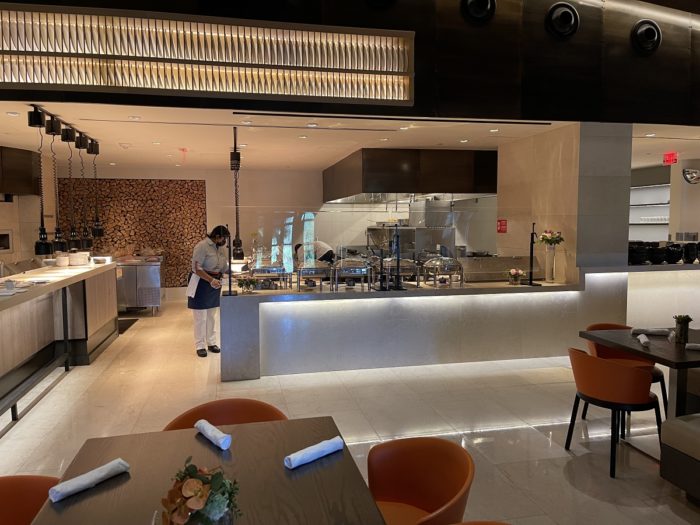 Ravello has a very clean and modern look to it. Some of the kitchen area is exposed so you can see all of the action. 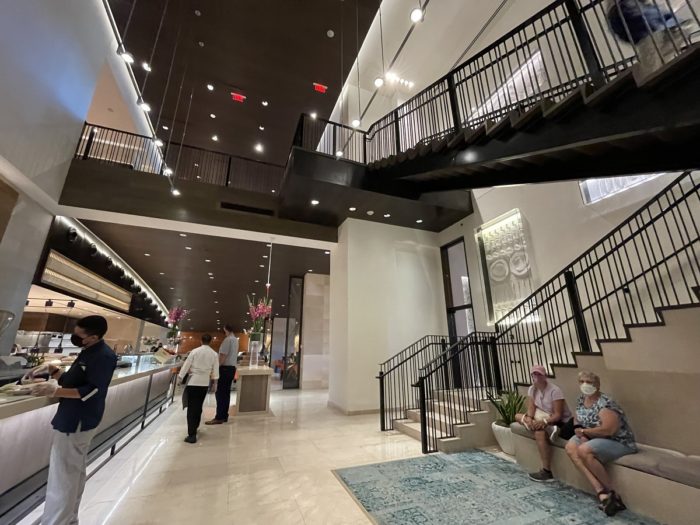 The entrance of the restaurant contains a small waiting area and the aforementioned juice bar.

The breakfast entrees my group ordered at Ravello were neither fantastic or horrible. Overall they were middle of the road and overpriced. If you’re staying at Four Seasons and are in need of a breakfast spot, Ravello is a fine choice. But if you’re staying at any other hotel during your visit to Walt Disney World, there are many better and cheaper breakfast options, such as Kona Cafe at the Polynesian Village Resort, or Topolino’s Terrace at Disney’s Rivera Resort.

What are your thoughts about Ravello? Let us know in the comments.