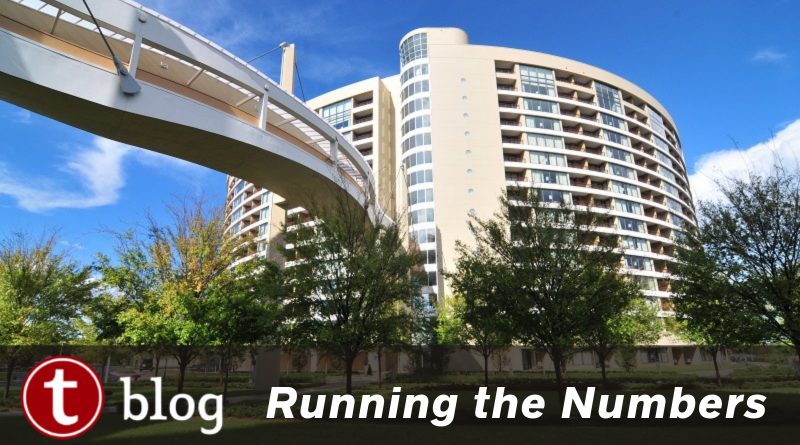 I used to always, always stay at Value resorts when I stayed at WDW. On-property perks were worth it. I’d be in the parks from before rope drop to after official close, so I didn’t care where I was staying as long as I could collapse into a bed for a few hours. Then I had kids and … everything changed. We spent more time in the room. And their patience for long bus rides is much lower than mine. I explored some more expensive options, but I discovered (and maybe you have too) that throwing more money at a resort doesn’t necessarily mean my satisfaction will suddenly be much higher. Thankfully, I have a lot of data at my fingertips to look at resort satisfaction and cost. Maybe by pulling those two sets of data together, you and I can make some more informed decisions about where and how to spend our money on resorts.

For this analysis, I pulled all reviews from 5/1/2018 to 5/1/2021. I wanted to make sure reviews were somewhat recent, but given the long (and sometimes continued) closure of resorts, 3 years seemed like a good compromise to make sure I was getting “enough” data. What is enough? Well, 3 years of data gives me over 15,000 reviews for on-property WDW resorts to work with.

Here’s where … I spent a lot of hours combing through way too many numbers. In order to compare different resorts, I need a fully representative average cost for each resort. I thought about cheating and pulling lowest cost for the lowest-value room at each resort (think: standard view during value season) and the highest cost for the highest-value room at each resort (think: 3-bedroom grand villa during Christmas) and just averaging those two numbers. But those aren’t really good estimates of the big picture. For every 3-bedroom grand villa, there are sometimes hundreds of the cheapest rooms.

I pulled rack rates, so there are a bunch of asterisks here. At any resort you could likely find a deal (or use DVC points) and your actual cost would vary wildly. But we need something to compare, and this seemed like the fairest way to go about it.

A few things immediately stand out:

This overall trend is very enlightening. But let’s look at various categories of resorts and see if that tells us anything additional. I’ll draw new trendlines within each category to see if any behave in different ways from their peers.

Satisfaction vs Cost at Deluxe Villas

Satisfaction vs Cost at Deluxe Resorts

Satisfaction vs Cost at Moderate and Value Resorts

If this sort of cost/satisfaction mash-up is interesting to you, tune back in on Saturday when I’ll go over a very similar analysis of satisfaction vs cost at WDW table service restaurants.

Have you ever gulped and dropped a lot of money on a resort when it wasn’t worth it? Or found your own hidden value gem? Does seeing the data presented this way impact how you’ll decide which resort to stay at during your next trip? Let us know in the comments!

9 thoughts on “Which Disney Resorts are Worth your Money?”