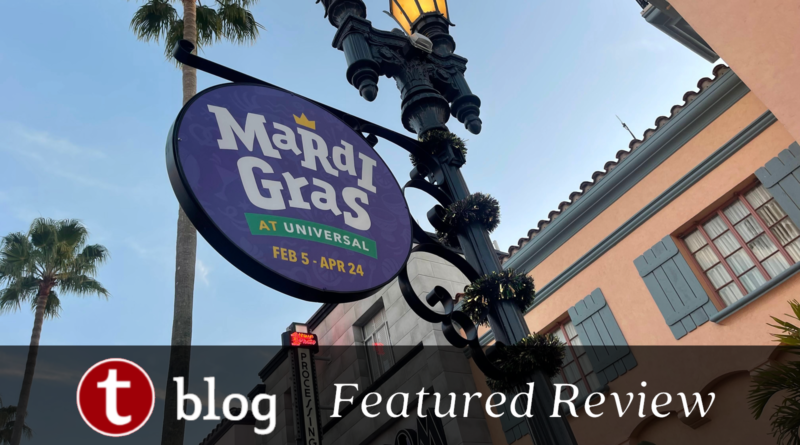 If you’re planning your first trip to Universal Orlando, now is a great time to visit! In addition to new attractions like Hagrid’s Magical Creatures Motorbike Adventure and the Jurassic World VelociCoaster, no park reservations are required at Universal. Plus, Universal Studios is in the middle of its annual Mardi Gras event; and we can officially confirm that Disney fans will love it!

What is Universal Orlando’s Mardi Gras? 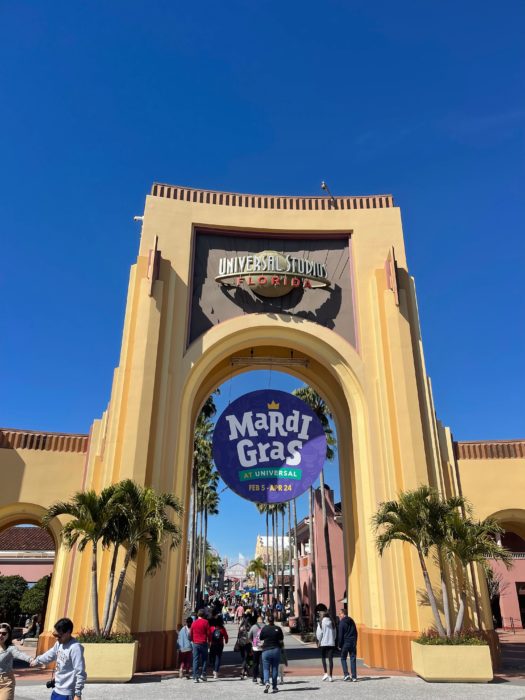 Mardi Gras at Universal Studios kicks off on February 5 and is offered on select nights through April 24. 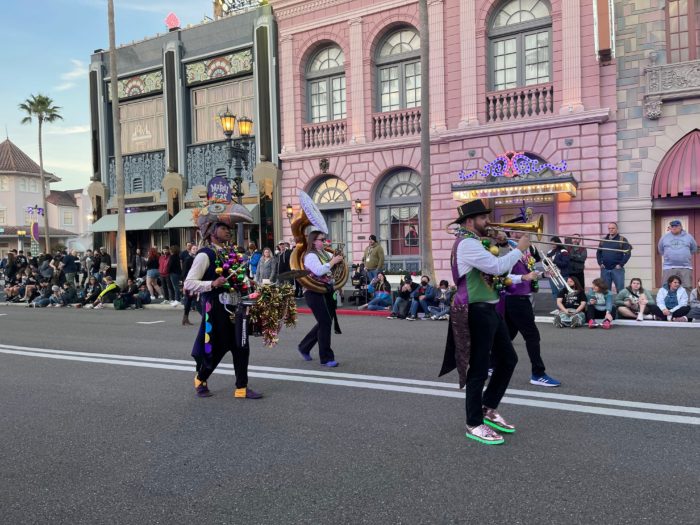 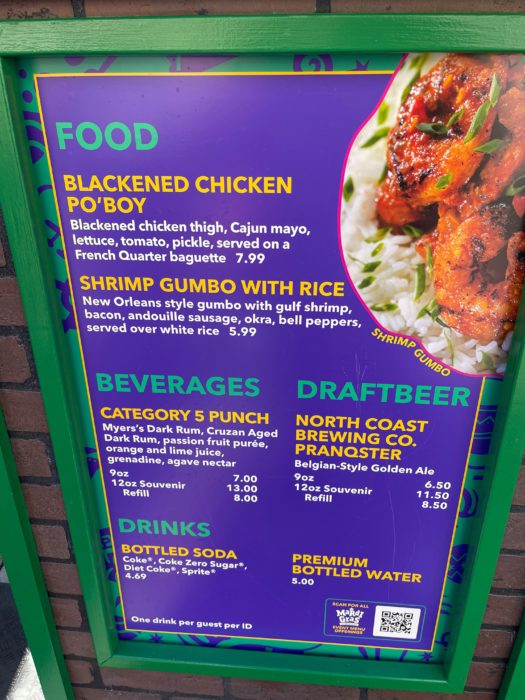 Guests will find food booths scattered throughout the park serving up a variety of dishes and some New Orleans faves, including gumbo, jambalaya, King Cake, and beignets. 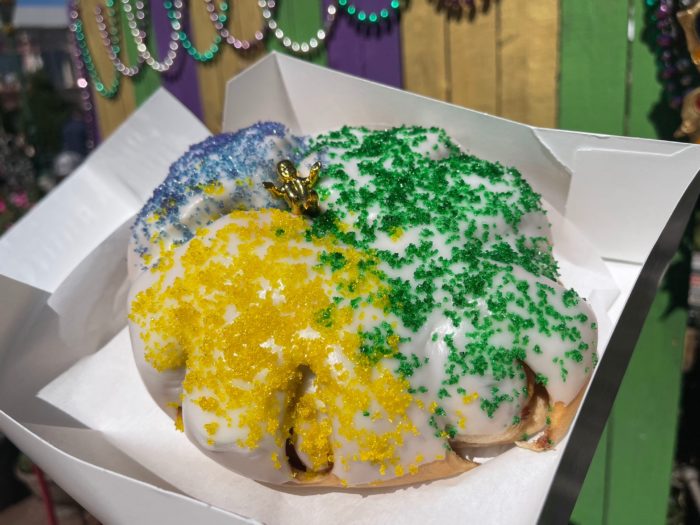 Also, like some EPCOT festivals, there’s nighttime entertainment. At the Music Plaza Stage on select nights, guests can check out concerts featuring acts like Sugar Ray, Jason Derulo, Styx, and Lee Brice. And, yes, they’re included with the price of admission. 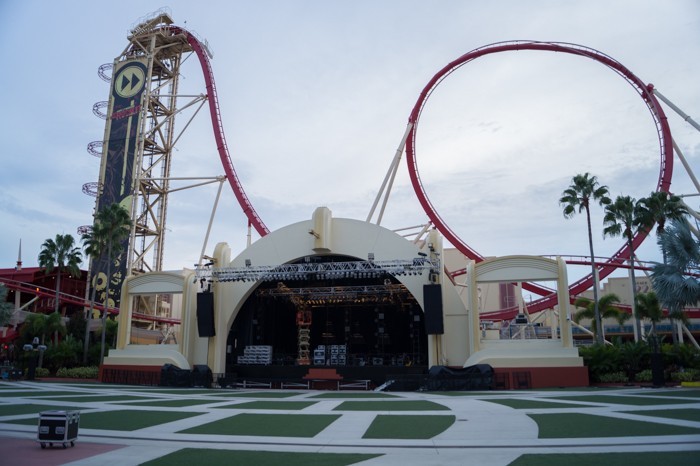 Another must-see is the Mardis Gras-themed Tribute Store.

While it is a store, it’s also a treat shop and somewhat of a themed, walk-through attraction. This year’s theme is a “Float Factory Warehouse” and is the spot to pick up that event-themed merchandise.

Universal differs from Disney in that this event features a nighttime parade. For 2022, the theme is “Planet Mardi Gras” with floats decorated with rockets, planets, comets, and more. Parade start times vary by date. 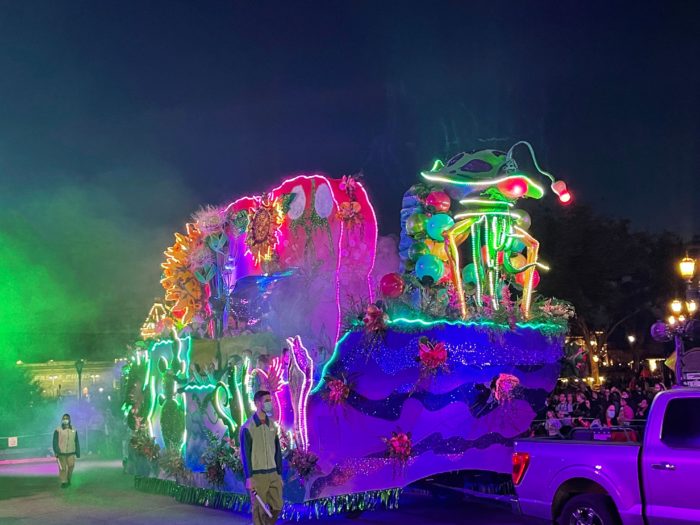 Guests who are Annual Passholders have the chance to ride on one of the parade floats by joining a virtual queue at 12:00 p.m. The virtual queue has limited availability and closes one hour before the parade begins. 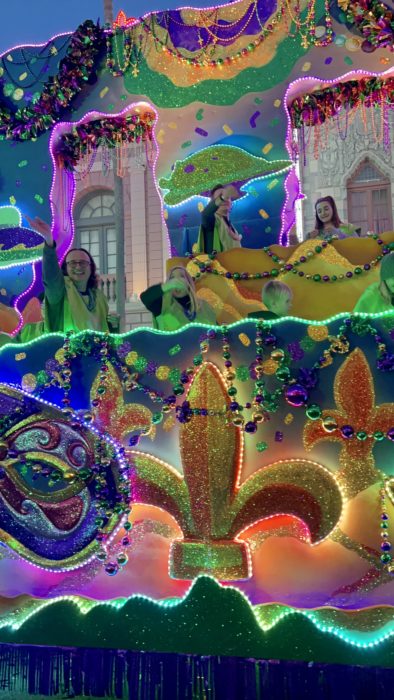 What Disney Fans Need to Know About Universal

Disney fans will be surprised at how easy it is to get into the flow at Universal, especially since this resort utilizes many of the tools guests at Disney are familiar with.

For instance, just like the My Disney Experience app, Universal Orlando’s mobile app showcases wait times, menus, and stores park tickets for easy scan access. Also, guests are encouraged to Mobile Order through the app at select restaurants at both parks and CityWalk, just like at Disney.

The app is also where you can reserve a virtual line return time, similar to Disney’s previous virtual queues. And, instead of Genie+ and Lightning Lane, Universal has Express Pass where guests can pay an additional cost to skip the lines.

So if you’re looking to catch Mardi Gras at Universal Studios, our TouringPlans Travel Agents can book your Universal tickets which grants you FREE early admission! No resort stay is needed. Check out touringplans.com/travel today!

Have you been to Mardi Gras at Universal? What did you think? Let us know in the comments!