What does Mickey call his home? A mouse pad. Who handles Br’er Rabbit’s money? Br’er Broker. How do you turn Epcot into the best park in Disney World? Turn 21. Now that I’ve clearly established my comedy expertise with these masterful jokes, I hope you’ll trust me to guide you through some of Walt Disney World’s Funniest Attractions. One of the words most often associated with Walt Disney World is “magical” but don’t be fooled. Disney World is host to a bevy of attractions that’ll have you laughing out loud. Of course, everyone has his own sense of humor, but if you’re a first time visitor or just happen to have never been on one of the following attractions, I hope this article will give you an idea of just what makes these attractions so funny. I may have only recently started doing stand-up but I’ve been laughing at Walt Disney World my entire life.

If you love “dad” jokes, you’re going to love Jungle Cruise. The attraction features a guided tour through the “jungle” and while you’ll see a bunch of animatronic animals along the way, I think the real appeal of the attraction is your skipper who provides some hilariously corny jokes. Like any attraction with different guides, your enjoyment will definitely hinge on how into it your cast member is. Some of the better ones will have both kids and adults of all ages in stitches by the end of your “six month cruise.” Also be sure to ride it at night and you might be lucky enough to get some jokes that are a little too “edgy” for the day crowds. For a more official new experience, go during the holidays when the whole attraction is re-themed to the Jingle Cruise.

The Laugh Floor is as close to a comedy club as you’re going to get at Disney World (RIP Comedy Warehouse). The basic premise is that Mike Wazowski has brought all the humans to Monstropolis to collect their laughter for energy. While the monsters appear on screen, comedic cast members actually provide the jokes and do an impromptu voiceover that’s always different to fit the current audience. It’s actually pretty clever and feels more live than most of the shows at Disney. The crowd work is always great. While audience members can answer monster’s questions, it’s the best when the comedians pick on certain audience members. It’s all in jest, of course, and never goes over the line. It’s Disney, not the Comedy Cellar. Just don’t be “that guy.”

Admittedly, Journey Into Imagination is definitely more skewed towards the younger crowd. It’s whacky, loud and there’s even a fart joke so if you’re not a kid or a kid at heart, you probably won’t find it funny. Judging from my not-at-all sophisticated jokes up top, it shouldn’t surprise anyone to see Journey Into Imagination on my list. For you Monty Python fans, however, Figment does feature Eric Idle as the “straight man” to Figment’s zany antics. It’s almost always no wait too so that’s a plus. If that doesn’t get you smiling and laughing, I don’t know what will.

C’mon! Who doesn’t love Ellen? Before she got her talk show and danced with millions of moms from around the country, she was a stand-up comedian with her own sitcom on ABC. Ellen’s Energy Adventure features both filmed sequences and an actual moving ride. The films are the funnier parts however. With a couple of celebrity cameos throughout (Bill Nye and Alex Trebek to name two), they feature Ellen’s trademark sense of humor. This is another ride that almost has no wait ever but I think a lot of that has to do with the length of the attraction (45 minutes!) as opposed to the quality of it. If you think Ellen is funny, you’ll laugh during Ellen’s Energy Adventure. Simple as that.

I’ve seen Muppet*Vision 3D so many times, I know every joke by heart and yet I still see it on every Disney trip. Think of it like that one funny movie that you can watch over and over again and still laugh everytime. I truly think the Muppets comedy appeal is universal. It’s part of the reason they’re still going strong half a century later. Because of this, I have no problem recommending Muppet*Vision to every Disney park guest. I guarantee you’ll laugh out loud during the show. If you don’t, you can come find me (Please don’t come find me). The only guys that don’t think the Muppets are funny are Statler and Waldorf. (Side note: I’ve never been heckled but I would give my life savings to have them come watch me perform and make fun of me. Can we make that happen, Disney?) They say if you try to please everyone, you’ll please no one. Muppet*Vision 3D is the exception to the rule.

Like I said earlier, “funny” is subjective. Maybe your favorite funny attraction didn’t make my list. Maybe you’re the kind of person that just keels over from laughing during Living with the Land. Not my thing but who am I to judge. Let me know below the hardest you’ve ever laughed on a Walt Disney World attraction. 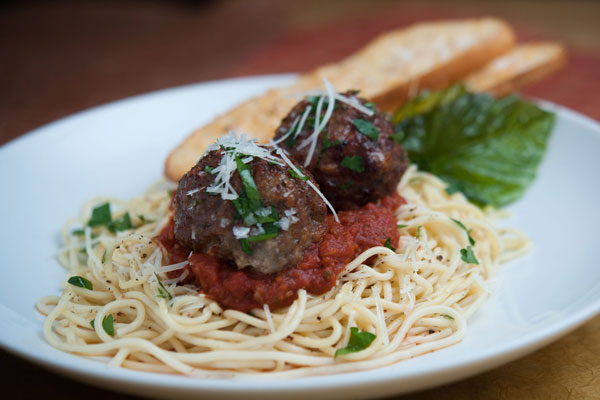