The Disney Parks were designed with families in mind, to serve as escapes from the real world where parents and kids can have fun together. But have you ever noticed that a certain element of the family tends to be overlooked? Do you know what it is? It’s the demographic Disney forgot: teen boys. Now I’m not a teenage boy, but I do have a teenage brother who loves Disney World, despite the lack of commercials and ads directed toward his age group; and so, I sat down with him for the scoop on what Disney World has to offer teen boys like himself. Last time, I covered the Best Disney World Restaurants for Teen Boys; but for today, I’m focusing on where to stay in this installment of The Demographic Disney Forgot: Best Disney World Resorts for Teen Boys.

Disney World’s newest Value Resort is a celebration of animation and lets guests walk right into the middle of several popular Disney films, such as The Lion King, The Little Mermaid, Pixar’s Cars, and Pixar’s Finding Nemo. The Art of Animation Resort is unique in that it offers family suites which accommodate up to six family members, as well as more heavily themed rooms than what you find at other resorts on property.This particular resort may sound like a surprising pick for teen boys; but my teen Disney Bro has loved this resort since the first time he visited and was quick to name it to this list. The Cars wing is by far his favorite. You really do feel like you’ve walked into Radiator Springs with the life-size Cars characters, the Cozy Cone Motel, and other familiar fixtures from the hit film. The resort’s food court, Landscape of Flavors, is also a big hit with my teen Disney Bro. He likes the build-your-own stations where he can tailor dishes to his own tastes; and he thinks the Big Blue Pool is pretty cool as well. This pool is the largest hotel pool at Disney World and has underwater speakers playing Disney tunes! It’s amazing! The Art of Animation is bright, colorful, and packed with Disney characters, so it may not be for all teen boys; but if your teen still smiles at the sight of Nemo and Simba and Mater, or perhaps possesses some artistic talents, this resort may be for them.

Each section of Pop Century is themed after a different decade and filled with literally larger than life fads and icons. My teen Disney Bro always enjoys staying here and thinks other teens will too. First of all, he says the Everything Pop food court is one the best on property. I have mentioned before that he’s a bit of a picky eater and Pop Century supplies him with the burgers, chicken tenders, and pizza that he naturally gravitates to. Don’t worry if this type of fare isn’t appealing to you. There are healthier options too. Tip: Have your teen boy sample the King Cupcake. It’s themed after Elvis and features flavors such as chocolate, banana, peanut butter, and bacon! My teen Disney Bro also recommends the 1950’s Bowling Pool. It’s shaped like a Bowling Pin and is often overlooked, but that means less kids and crowds! Techie teens may also get a kick out of the 1990’s Computer Pool, as it’s shaped like a computer. When I asked my teen Disney Bro what it is about Pop Century that he likes, he explained that he enjoys the spaciousness of the resort and the giant nostalgic icons. They’re huge and colorful and certainly fun for kids, but they also hold an appeal for older kids, which is something that you don’t always see at Disney World. Teens should also check out the cases in the lobby that are filled with toys and items from the different decades. They may discover something familiar to them or at least get a kick out of the trends of the past.

Disney’s Beach Club Resort is like a vintage, New England seaside retreat. It’s elegant, but yet casual, and gives guest a little taste of the ocean while staying in Central Florida. The Beach Club also has a sister resort right next door, the Yacht Club, and is conveniently located across the lake from the Boardwalk Inn, the Swan and Dolphin Resort, and is only a short distance from Epcot and Hollywood Studios. My teen Disney Bro’s favorite park is Epcot, and he loves the fact that the Beach Club Resort is about a five minute walk away from the International Gateway, a smaller entrance/exit in Epcot’s World Showcase! Hollywood Studios isn’t quite as close as Epcot, but you can still walk there; but I would suggest saving your feet and taking one of the Friendship Boats instead. The close proximity to two parks is a big perk for my teen Disney Bro, as it gives him a lot of independence; but he also likes this resort because there is so much to do! The Beach Club has a popular soda shop called Beaches and Cream Soda Shop which has a treat that just might satisfy my teen bro’s bottomless stomach: the Kitchen Sink! The Beach Club also has what many believe to be, including myself, the best pool at Disney World: Stormalong Bay. It’s like a mini-waterpark with sand bottom pools, a lazy river, a sand bar for building sand castles, and a water slide that resembles a fallen ship’s mast. If that wasn’t all, Beach Club guests can enjoy the shopping, dining, live entertainment, and boardwalk games on the Boardwalk just across the water. The ESPN Club is also there, with its store and arcade, which is one of my Disney Bro’s favorite places in all of Disney World. I highly doubt your teen boy will ever be bored at the Beach Club, and the number of things to do and convenient location are hard to beat.

The Wilderness Lodge Resort brings the majesty of America’s Northwest and National Parks to Disney World and is one of my family’s favorite places to stay. The lobby is, by far, my teen Disney Bro’s favorite thing about the resort with its Grand Canyon Fireplace, tepee chandeliers, and a bubbling indoor spring and footbridge. Even if we’re not staying at Wilderness Lodge as guests, he still likes to walk around or kick back in the comfy chairs to check his phone. There’s also a lot of Native American artifacts, artwork, and little corners and alcoves to check out. My teen Disney Bro thinks Wilderness Lodge is an ideal pick for other teen guys or those who appreciate nature and the outdoors. Teens may also enjoy Whispering Canyon Cafe, a popular restaurant at the resort where diners are treated to a Wild West style breakfast, lunch, or dinner with hilarious servers and lots of antics. If you’re teen is shy, you may want to skip it; but otherwise, it’s sure to be a dining experience your teen won’t forget. If all that’s not enough to impress your teen boy, there’s also the Silver Creek Springs Pool with a rock water slide, boat and bike rentals, and a geyser that sends water shooting up into the air every hour!

I must admit, my teen Disney Bro has never stayed here himself; but he has wanted to for years and we both think that it’s a great resort pick for families with teen boys. Why? The Contemporary Resort offers convenience, independence, and a sleek, modern style which are all things my teen Disney Bro likes and what many other teens might appreciate too. First of all, the Contemporary offers Monorail access, which my teen bro prefers over boats and buses as he’s all about speed; but what’s even better is that the Monorail actually runs straight through the resort lobby! I guarantee that your teen will be impressed with that! The Contemporary also has a short walking path to the Magic Kingdom, so your teen can make their own time. My Disney Bro loves cameras and capturing cool shots and making fun videos for social media, and some rooms at the Contemporary Resort and its DVC Resort, Bay Lake Tower, offer rooms with a Magic Kingdom View. Yes, from these rooms you can see into the park and enjoy the Magic Kingdom’s nightly firework display, Wishes. Can you imagine the selfies that would be taken with a room view like this? If my teen Disney Bro had a room with this kind of view, I don’t even if we could ever get him to leave! So these are just a few reasons why my teen Disney Bro would love to stay at the Contemporary and why I think other teen boys will too.

This Deluxe Resort is like no other. Animal Kingdom Lodge, conveniently located next to Disney’s Animal Kingdom park, immerses guests in African culture, luxury, and grants incredible access to live African wildlife. The resort consists of two different houses: Jambo House and Kidani Village. Jambo House is the main resort building with an incredible lobby and the most dining options, while Kidani Village is the home to resort’s Disney Vacation Club Villas and the popular restaurant, Sanaa. My teen Disney Bro loves the adventurous feel of this resort, as well as its design as the resort is literally built around the animals and their savannas. But what my Disney Bro loves the most about Animal Kingdom Lodge is the Savanna View Rooms, where guests can watch the animals from the balcony of their room! My teen Disney Bro couldn’t wait to get up in the morning to see what might be wandering by just outside. It was hard to pull him away so that we could go to the parks.  Personally, I think Animal Kingdom Lodge is an excellent resort for teen boys. It has a more masculine vibe than other Disney Resorts and features viewing areas of the animals inside and out, a great pool, arcades, and Kidani Village even has basketball and tennis courts. The resort proves that Disney specializes not just fantasy, but the wonder of reality, too.

So these are my teen Disney Bro’s favorite resorts, but there are so many more at Disney World for teens to enjoy, such as the Polynesian Village, Fort Wilderness, or even All-Star Resorts. But what do you think? What’s your teen’s favorite resort? 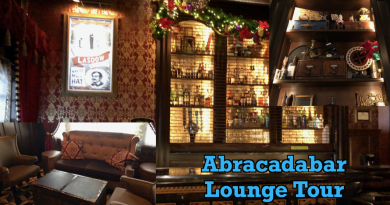 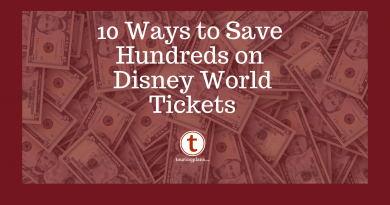 10 Ways to Save Hundreds on Disney World Tickets