I’ve written tens of thousands of sentences in the nearly 5 years I’ve been working for The Unofficial Guide and Touring Plans, but this one is the most exciting: The Unofficial Guide to Universal Orlando, our first stand-alone guidebook dedicated to the home of Harry Potter, is on its way!

The Unofficial Guide to Universal Orlando is available now for pre-order, and is listed on Amazon.com with an August 11 release date. If you know The Unofficial Guides and Touring Plans from our Disney coverage, you may be wondering, “Why create a guide for Universal Orlando?” Well, as the author (along with co-authors Bob Sehlinger and Len Testa) of the new book, I’m glad you asked!

The short answer is that we listen to our readers, and we watch where people are spending their vacation time and dollars. Ever since the opening of the first Wizarding World of Harry Potter in 2010, and especially since the debut of Diagon Alley in 2014, interest in and attendance at Universal Orlando has exploded. Every day, more and more Central Florida visitors are choosing Universal as their primary destination, or at making it a significant sideline.

At the same time, the number of attractions, restaurants, hotel rooms, and other amenities Universal Orlando offers has also increased exponentially. Universal’s resort today has more offerings than what Walt Disney World consisted of when the first Unofficial Guide was published in 1984, and it’s showing no signs of slowing its expansion in the near future.

We’ve been covering Universal in the Unofficial Guide to Walt Disney World since Universal Studios Florida first opened, and we will continue to include coverage of that park and Islands of Adventure, along with basic information on the Universal Orlando Resort as a whole, in that volume. However, the 2015 edition of the “big book” is nearly 850 pages, and we’re often forced to make hard choices about quality content that simply doesn’t fit.

Publishing a stand-alone Unofficial Guide to Universal Orlando gives us the room to expand and upgrade our Universal content to the same standards found in our WDW and Disneyland guidebooks. You’ll find some material, such as on visiting the parks with kids or selecting an off-site hotel room, that is similar across other titles in the series, but has been updated and customized for Universal visitors. The rest of the information has been written or revised specifically for this volume, and includes detailed reviews of every hotel, restaurant, and amenity in the resort, along with extensive explanations on how to best navigate the parks using Universal Express, Early Park Admission, and other perks. We also added numerous new Touring Plans like an two-park intensive Harry Potter itinerary and comprehensive two-day plans.

The book will include coverage of Wet ‘n Wild, but not Busch Gardens, SeaWorld, or any of their affiliated parks. (Those attractions, along with many smaller ones around Central Florida, are covered in The Unofficial Guide’s Beyond Disney guide.)

For people who are primarily Disney fans, the limited Universal coverage we’ll continue to offer in the WDW guidebook may suffice. However, it may make them curious enough to check out the full volume, where they’ll find a much richer and more detailed guide to saving time and money at Orlando’s fastest-growing resort.

To give you a sample of the kind of material you’ll find in the new book, we’ve been quietly updating and embiggening all of TouringPlans.com’s online Universal Orlando content. At some point in the future, some of these pages may become exclusive to subscribers, but for now we want all our readers to check out the new content and give us feedback.

To begin, please start at the excellent new Universal Orlando home page that Guy Selga has designed. It provides an easy to follow, step-by-step guide to planning a perfect Universal Orlando visit using our website. (For now, be sure to use the above link; if you try to get to our Universal home page through our WDW website, the Google Gods may send you to the old version.)

At the bottom of the home page, you’ll find quick links to our complete collection of Universal content, all of which has been recently revised with the latest field observations from the parks.

Some highlights from our updated Universal Orlando pages include:

Enjoy exploring our new Universal Orlando content, and please send us suggestions for further improvements, either in the comments below or to seth@touringplans.com. 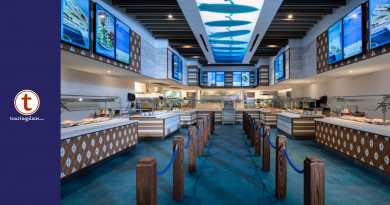