Yes, The Three Broomsticks may be the best quick-service restaurant at Universal Orlando Resort, and, yes, a lot of Broomsticks’s impressiveness is due to its immaculate theming, which is arguably in a league of its own.

But Mythos differentiates itself in a number of key ways, from the small (it’s a table-service eatery rather than a counter-service one) to the large (instead of being based on a pre-existent intellectual property, it has the double duty of creating another world for guests to inhabit from scratch while simultaneously transporting them there). When added together, it becomes quickly apparent that Islands of Adventure’s premiere venue is also its most immersive one, and that, indeed, Mythos takes top thematic billing at the entire resort.

What, exactly, is in a theme, and how does it impact your culinary experience? Let’s find out.

Fitting The Lost Continent’s premise of being a land forged from the very depths of Greco-Roman mythology, Mythos has an elaborate façade – easily the most beautiful of any eatery’s on any Universal property anywhere in the world – that features towering statues seemingly molded from the rock, surrounded by picturesque waterfalls. If it weren’t for the large (and somewhat cheesy) banner proclaiming the restaurant’s award-winning presence, it’d be easy for guests to walk right past it, thinking it’s either an attraction or just a really nifty piece of “fill-in” theming (a somewhat common occurrence, from what we hear).

The grand exterior does much to set the stage for the gastronomical encounter that is to follow, of course, but it also makes the building a piece of art for art’s sake – something of a rarity, even in the land of theme parks. (It’s also, in retrospect, one of the wisest decisions Universal’s designers made, as the current, weakened slate of Lost Continent’s attractions – having been largely overshadowed by The Wizarding World of Harry Potter – Hogsmeade’s arrival five years ago – automatically makes Mythos the flagship destination of the area.)

The interior of the gods

The thrust of the building’s interior theming is that the very gods themselves carved a craggy grotto out of a mountain, and there’s no denying the restaurant fits the part to the T: the flowing designs of the columns, walkways, and, even, the lamps smack of an ethereality that still feels organic and yet, somehow, strangely plausible. The perfect icing on the thematic cake? The continuation of the exterior’s carved figures – which pop up throughout the entirety of the space, from the walls to the columns to the kitchen’s massive oven – and a gushing river that runs through it all, replete with sculpted fish fountains.

But perhaps the most striking element of Mythos’s interior is its rather odd infusion of decidedly modern design motifs, such as the open kitchen and the giant picture windows that dominate nearly the entire stretch of one wall (and which provide an absolutely beautiful view of the Great Inland Sea [Universal’s fancy name for the park’s giant lagoon] and Marvel Super Hero Island beyond it). Rather than feeling inconsistent or otherwise incongruous, it actually all adds up to create an unique eclecticness that fits the establishment well.

What about the food?

The menu – officially described as “contemporary cuisine” – is equally representative of the restaurant’s eclectic nature, containing everything from sushi to Cranberry Blue Cheese Crusted Pork to that most all-American of foods, hamburgers. While its depth (that is to say, the complexity of its taste pairings or the elegance of its presentation) may not quite reach its breadth, the quality is still way above standard theme park fare, making Mythos’s cult status among Universal fans imminently understandable.

Need help choosing which dishes to tackle first? The common consensus among both theme park-centric and food review sites is to try everything bread-related, from the Mediterranean Flat Bread to the pizza, and the risotto of the day – both are supposed to be simply delicious. My personal favorite, however, has to be the Mythos Beef Medallions, which come topped with truffle butter and spicy fried onions that are simply to die for. Good thing you’re in the grotto of the gods!

The true hallmark here, however, has to be the price, which – despite Mythos’s having a level of food far beyond other restaurants in the two parks – is roughly comparable with Universal’s counter-service offerings and is considerably cheaper than what guests typically find down the street at Walt Disney World’s various establishments.

The quality of its food, the cut of its chairs and shape of its tables, the motif of flowing water both inside and out – all combine to not only make Mythos more than the sum of its theme park parts, but to also make it an immersive experience that can’t quite be replicated anywhere else in the city of Orlando.

To miss a meal here is to miss Universal’s quintessential brand of theming, culinary or otherwise. 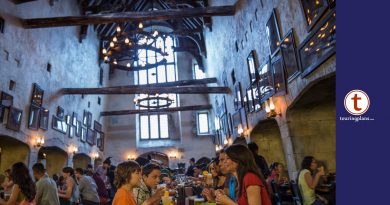 Getting to Know Universal – Leaky Cauldron 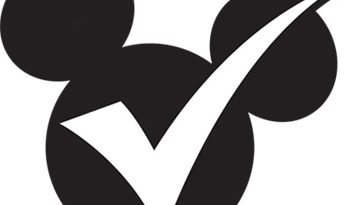 10 thoughts on “Mythos: The Best-Themed Restaurant at Universal Orlando”