Walt Disney World will officially say goodbye to the long-standing nighttime parade, the Main Street Electrical Parade. It will end its historic run at the Magic Kingdom on October 9 and then will make its way over to Disneyland Resort for a limited time encore run.

This is the quintessential Disney nighttime parade with a storied past. It began at Disneyland park in 1972 and has been going back and forth between different Disney Parks throughout the years. In 2010, the parade begin its most recent run at the Magic Kingdom.

So, Disneyland fans, what will this mean for Paint the Night? Well, it had already been announced that Paint the Night would be ending its run soon.  The parade will continue nightly performances, just prior to the Disneyland Forever fireworks, through September 5 as part of the Disneyland Resort Diamond Celebration. However, it isn’t going away completely at that point. The parade will be returning on select nights during the holiday season this year. There is currently no word yet on what exact dates Guests can expect to see Paint the Night throughout the rest of the year at Disneyland.

The Main Street Electrical Parade is expected to begin being performed at Disneyland beginning early 2017.

As far as Walt Disney World is concerned, there is no word on any kind of nighttime parade for the Magic Kingdom once the Main Street Electrical Parade ends on October 9. For those hoping that SpectroMagic may return, I unfortunately must tell you that that parade is officially dead.

There is one thing to keep in mind for those wishing to head out to the Magic Kingdom to catch your final showing of the Main Street Electrical Parade. That is that beginning September 2, on select nights, the Magic Kingdom will host Mickey’s Not-So-Scary Halloween Party. On those nights, the Main Street Electrical Parade will not be shown. Make sure to plan accordingly.

Stay tuned to the blog for more information about this change in nighttime entertainment at both Disneyland and Walt Disney World. 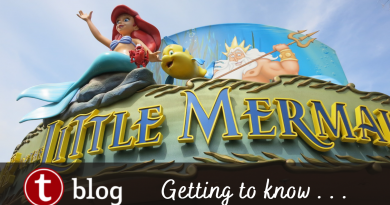 Everything You Need to Know About Voyage of the Little Mermaid 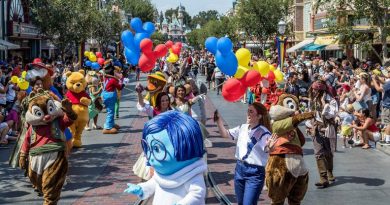