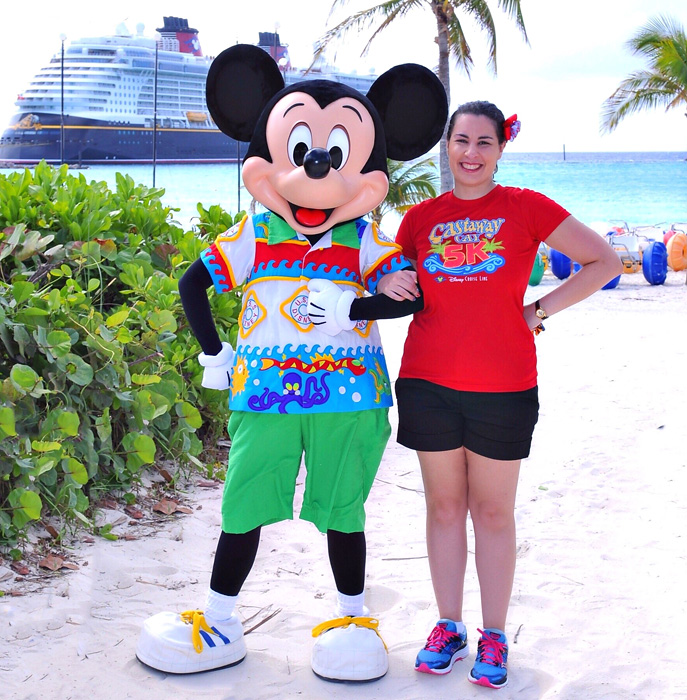 I recently got back from my first Disney Cruise, and as a character fan, meeting characters was a top priority. I ended up meeting 22 different characters, with 57 different outfits, and a total of 70 actual meets on our 7 day Disney Fantasy cruise. Each cruise (even on the same ship and same time of year) will be different, but here are some tips on having as much character fun as I did.

Make the Navigator your new best friend. Each night, you’ll receive a Navigator for the next day, which has the daily schedule for many activities on your cruise. You’ll find the characters listed in a yellow box on one page, as well as on a tv guide looking chart on a separate page. I recommend using the yellow box to plan your character hunting, since sometimes, there are too many characters in a given time to list them on the chart. I also found the yellow box easier to read and glance at quickly. I folded the navigator page each day so that I would only see the character yellow box (tip: pick up extra Navigators at the Guest Services to keep as mementos from your trip.)

The Navigator App also lists the same character schedule as on the paper Navigator. I found myself checking both throughout the day, but you may prefer one over the other. Either way, you won’t miss a character, since the information will be the same. A nice thing about the app is that it listed how long the character meet would last. Most meets are 15 minutes. However, if there were 2 characters meeting together, or a more popular meet (such as Mickey on Pirate Night), the set was usually 30 minutes. Checking the app will let you know for sure, and help you plan which line to get in first.

Get to the area the character will be meeting early. As I mentioned before, most character sets were 15 minutes long. While that doesn’t seem like a long time, the great thing about character sets on the ship is if you are in the line for a character before those 15 minutes end, you will meet the character. So even if the line grows to a 30 minute wait, if you get in line in that 15 minute time slot, you’ll meet them. I recommend getting to the area several minutes early, so you will be one of the first to meet the character, and can move on quicker to the next one, before that line closes.

Sometimes, a character will be meeting in the same area immediately after another character. If you get there early, ask the character attendant if their line has started yet. If it hasn’t, they’ll keep you to the side and then have you get in line when they are ready to start that next character line. At the parks, you would have to get in line and let people in front of you while waiting for the next character to come out, so this is much easier.

Choose the earlier set. If there are multiple sets for a character, the first one usually will be less crowded. This is especially true if the ship is in port and before everyone has to be back on the ship. When there are multiple parties where characters meet, such as the See Ya Real Soon party held on the last night of the cruise, or the Halloween party during the Halloween on the High Seas cruises, the first party is less attended.

Meet characters on Castaway Cay before other activities. The only time I didn’t get to meet all the characters I wanted to was on Castaway Cay. Most are only meeting on the island until 11:00 AM. Mickey had an additional set at 1:00 PM (though not in his beachwear, which he wore in the morning), and there was a character dance party around 12:00 PM, but otherwise, the characters were only meeting between 9:00 AM and 11:00 AM. I ran the Castaway Cay 5k, which is usually the first to leave the ship, but the start was delayed 30 minutes. By the time I finished and ran over to the areas of the island the characters were meeting, I was only able to meet 4 of the 9 sets of characters that were meeting. The meets are also more spread out than on the ship, with some being right outside the ship, and others being a 5-10 minute walk or tram ride away. So if characters are your priority on Castaway Cay, look over the schedule the night before and plan the best route to catch everyone without running back and forth.

Even if the line is short, don’t be surprised if the line moves slowly. I’ve had a LOT of character interactions over the years in the parks. I’ve never seen such consistently wonderful interactions as I saw on the cruise. Unlike some meets in the parks, characters aren’t there just to take a picture and move on to the next guest. Because of this interaction, I noticed the lines moved slower than I expected. And don’t be surprised if the characters remember you over the course of the cruise.

Bring something to be signed. In the past, you could leave something at guest services to get signed by all the characters, and receive it at the end of your trip. They no longer do this, so if you want character signatures, make sure to bring it to the character meet. A popular item guests brought on the cruise was a blank frame that characters could sign. The ship’s gift shop also sells an autograph book, but on my cruise, they only had the books that had room for pictures, so they are larger and have less pages for signatures. I ended up removing some of the plastic that holds to the picture so that I could get more signatures in the book. I also noticed that, unlike in the parks, character attendants did not have pens or sharpies on them. So make sure your bring extras, in case they get lost during the cruise.

Meeting the princesses. If you want to meet the princesses (the exact princesses will change on each cruise, though there’s usually 3-4 different princesses), you can get a ticket to the princess meet & greet when you can make your dining and other reservations online. If you are shut out of these tickets, there are also a limited number of tickets when you first get on the ship, though they go quickly. If you can’t get a ticket, don’t worry. The same princesses will usually have regular meet & greets during your cruise, just check the Navigator. They also will be at the See Ya Real Soon party on the last night. The great thing about the ticketed princess meet & greet is that you get in one line, and get to meet all the princesses in a row, with a short wait. On my cruise, it took place in the Atrium, so it was also a beautiful setting. If Anna & Elsa are meeting on your cruise, the only way to meet them is by getting a ticket. They do NOT meet throughout the cruise like the other princesses. They even hold their meet and greet inside a restaurant, so if you didn’t have a ticket, you wouldn’t even know they are meeting.

Let me know in the comments if you have any other cruise character questions. 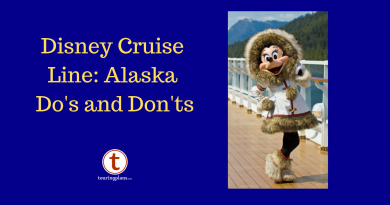 10 Do’s and Don’ts for your Disney Alaska Cruise 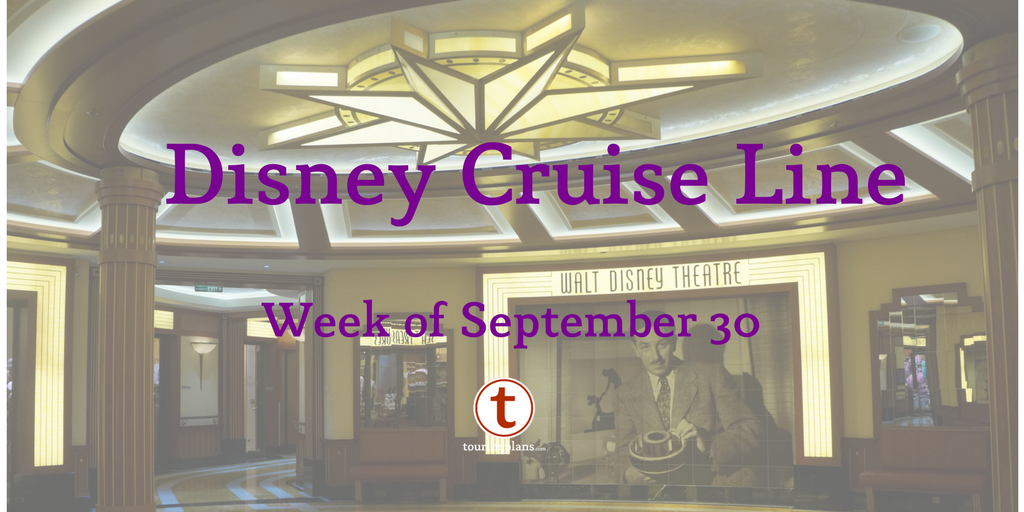 How to Have a Perfect Day at Castaway Cay

2 thoughts on “Tips for Meeting Characters on a Disney Cruise”