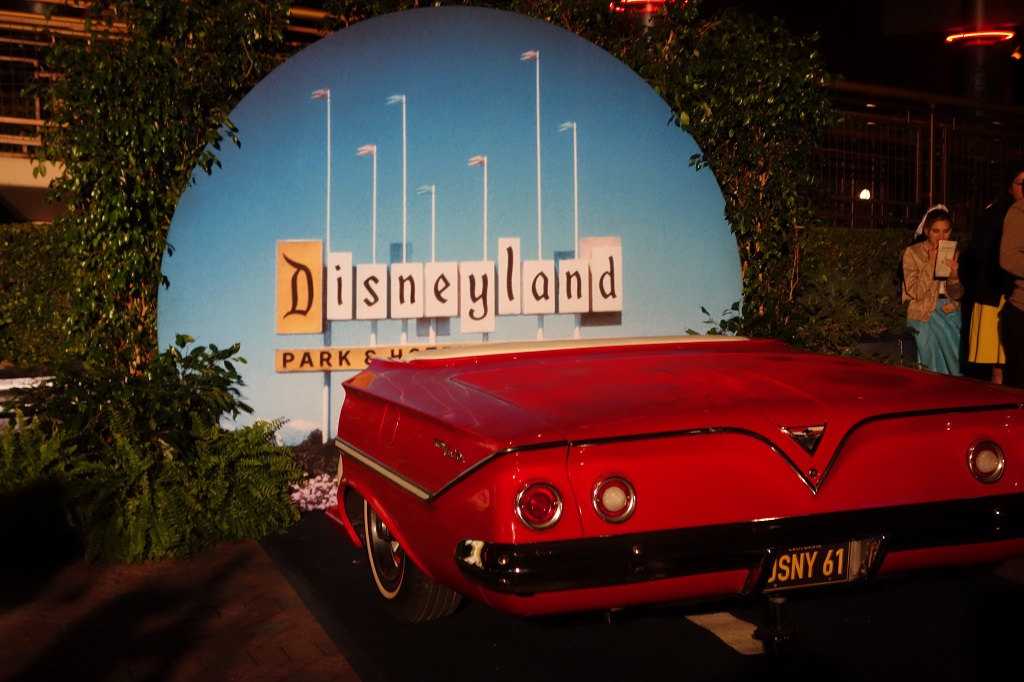 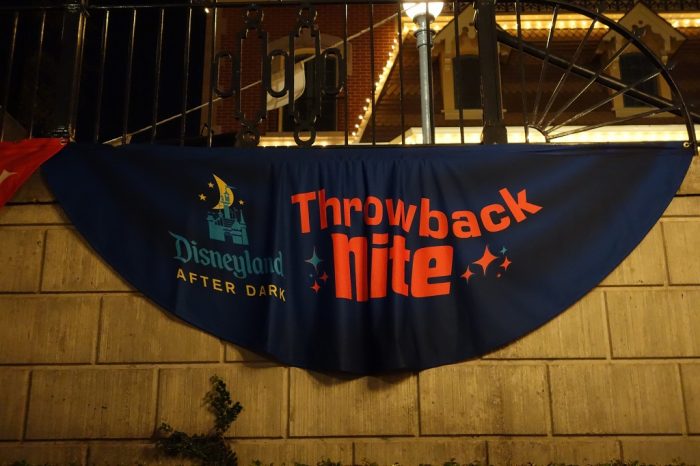 This is a review of Disneyland After Dark: Throwback Nite, which is a special extra-ticket event that was held at Disneyland on January 18, 2018. Disney says it is the first of a series of Disneyland After Dark events that will take place throughout 2018. In this review I’ll go over some of the special offerings that were a part of the party (such as the swing band that played in front of ‘it’s a small world’), share my thoughts, and answer the biggest question: Was it worth the $95 price tag?

What Did Disneyland After Dark Offer?

I’ll go through each of the highlights that Disney promised on their website:

Most rides were operating during the party so it’s easier to list the rides that were not open. All of Toon Town and Critter Country (including Splash Mountain, which was closed for refurbishment) were closed. Most rides had little to no wait, with the exception of Peter Pan’s Flight, and Space Mountain, which were posting 20 to 30 minute waits throughout the night.

Mickey, Minnie, and Goofy were seen wearing cute throwback 1950s outfits. Rare characters such as, The Blue Fairy, Merlin (from The Sword in the Stone), Flora, Fauna, Merryweather, Pinocchio and Geppetto were all meeting as well. Most characters did not have a structured line to meet them. Instead they were “roaming” and kept moving thanks to their handlers. This made it hard to get a picture of, or with, most of them. “Music and Dancing –Soak up lively entertainment planted throughout the park”

The live music was, without a doubt, the highlight of the Disneyland After Dark event. The most popular seemed to be the jazz band playing near ‘it’s a small world.’ I saw hundreds of couples dancing in front of the stage. Personally, the highlight for me was the band playing on board Mark Twain Riverboat. The live music added fantastic ambiance as the boat circled around the river. Other music included a DJ playing oldies on Main Street, and a 1960s tribute band playing in front of the Main Street train station. Overall there was plenty of room for people to dance, or stand and enjoy the performances. Dancing near ‘it’s a small world.’ “Specialty Food and Drinks – Savor sips and snacks that were a hit in the park’s early days.”

There was a handful of special food items for sale around the park. I tried the Pepper Jack Mac & Cheese Chili Mac from Stage Door Café. It didn’t do much for me, but apparently a lot of people enjoyed it because it sold out a little over an hour after the event started. I also ate the Hot Fudge Cake Sundae from Gibson Girl. You can never go wrong with chocolate cake and ice cream. There weren’t really any other items of note, besides the Dreamsicle Mickey Beignets, which Disney also sold a few months ago to celebrate Fantasmic. I liked them, they taste like Fruit Loops. Overall I think they could have done a lot more with the food, or at least been prepared to keep one of the few items that was exclusive in stock longer than an hour. “Tribute Fireworks – Gaze upon Fantasy in the Sky, a fireworks spectacular that first illuminated the night sky in 1958.”

Fantasy in the Sky is a short but sweet fireworks show. It’s a throwback to when Disney fireworks spectaculars weren’t the multimedia extravaganzas we know today. There’s no projections on the castle or Main Street, and Tinker Bell doesn’t fly by. It’s just 4 minutes of fireworks and classic Disney music. Surprisingly its simplicity is one of its strongest points. Due to there being no projections and no pyrotechnics coming off the castle, you can get right in front of it and enjoy a unique vantage point that is unavailable for any other Disney fireworks show. People started waiting for a spot about 30 minutes before Fantasy in the Sky’s 9:30 PM showtime, but the event was not heavily attended so everyone was able to get a good spot without much hassle. The sky was a bit foggy during the night the party took place.

“Souvenir Photos and Snap-Worthy Backdrops – Strike a pose at unique photo locations—including themed vignettes and oversized attraction posters—created especially for this event. To make sure everyone is in the picture, Disney PhotoPass photographers will be on hand to help you capture these fun moments. Plus, delight in unlimited downloads of these must-share shots taken during the evening.”

It seemed like the photo ops were the thing that Disney focused on most for this event. And with not much else going on at the party, they were quite popular. Disney had an army of PhotoPass photographers out to take pictures. Espically in front of the castle where a steady line of people waited to take pictures in their dapper clothes. With so many PhotoPass cast members it made the included unlimited PhotoPass downloads a nice perk. One of the old Skyway buckets was available for people to take pictures inside. The longest line was for this vintage car photo op. I asked a cast member and she said the wait was over an hour long. Vintage attraction posters were placed around the park. A neat little detail was this sign. A similar one appeared in front of Toon Town before it opened in 1993.

“Commemorative Keepsakes – Upon arrival, be sure to pick up your lanyard and credential.”

A map and lanyard with credential were given to every guest as they entered the park for the party. I think this was a missed opportunity to give everyone a reprint of the old Disneyland ticket books. I guess for $95 I expected better “commemorative keepsakes.” “A Festive Environment – Event-themed attire is encouraged, so feel free to don your favorite flashback fashion from when Disneyland Park first opened in 1955.”

Most of the time at Disneyland you’ll see guests in fancy/dapper attire, so it wasn’t too surprising to see that the majority of the Throwback Nite attendees went all out. It added a lot to the atmosphere, which was nice. Merchandise for sale during the event.

Was Disneyland After Dark Worth It?

That depends on what your goal for the party is. The Disneyland After Dark ticket is $95, and there are no discounts. With a party ticket you are allowed to enter the park at 6 PM, but the party officially runs 8 PM to 1 AM. That gives you 7 total hours to enjoy Disneyland. If your goal is to experience Disneyland with minimal crowds, and to walk on most attractions without waiting, then I would argue that the $95 would be well worth it over a normal day ticket (which was $97 on the date the party took place). You could definitely ride/see/do more in the 7 hours while the party is going on than you would during the 10 hours the park was open to the public. This makes a party like this a very viable option for infrequent visitors who want to get the most out of their time. Is the party worth it for frequent visitors, such as annual passholders? I would argue no, because there’s nothing that stood out as something extra special or mind blowing. Getting dressed up and dancing may be worth it for some people, but for me personally it is not. A major downside to last night’s party was that most of Main Street is under heavy construction as Disney replaces the trolley tracks (see our previous post for pictures and more information). Yes, construction and refurbishments need to happen at Disneyland, and they did give everyone a 2 day warning before the party tickets went on sale. But wouldn’t it have made sense to have this expensive party before or after the construction?

Did you attend the first Disneyland After Dark party? What did you think about it? Was it worth it? Even if you didn’t attend I’d like to hear your thoughts in the comments below.