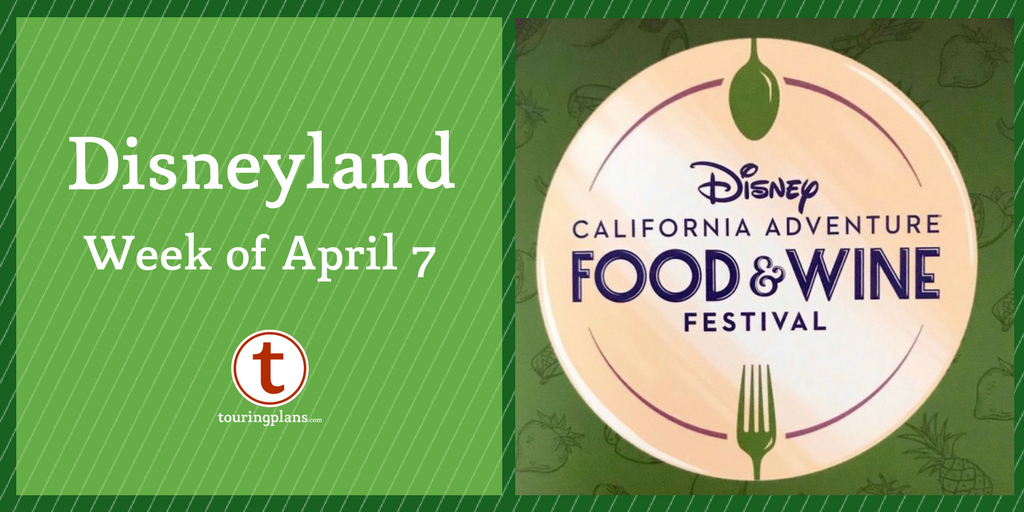 The Food and Wine Festival wraps up this week at Disney’s California Adventure, and the resort welcomes Pixar Fest at the end of the week. Read on to find out about this and more in this week’s Disneyland preview!

If you haven’t visited the Food & Wine Festival at Disney’s California Adventure yet, the time to do it is NOW — its last day is April 12.  That will be your last chance to sample a wide variety of food and drinks (check out Guy’s run-down of the top 6 must-try items from this year’s festival), and take in the festival’s special entertainment and seminars. Also, there are special dinners and other culinary events that require reservations; check out Disney’s site for more details and to make reservations.  Annual Passholders should visit the Hollywood Backlot outside Stage 17 for special photo opportunities, merchandise, and free stuff.

Disneyland will transition directly from one special event into another, as Pixar Fest kicks off starting this Friday, April 13.  Expect special Pixar-themed fireworks and the return of the Pixar Play Parade at Disneyland Park, and the return of Paint the Night at Disney’s California Adventure, in addition to other Pixar-focused activities and opportunities.  There will also be special dining opportunities available, as one would expect, and the Alien Pizza Planet will be launching at Disneyland Park for the occasion.  Make sure you check out Rikki’s preview of the Festival!

Finally, the Cove Bar is currently open again through the end of May for its last hurrah, if you’d like to give it another go before it goes away for good!

With Spring Break done for most schools, crowds start becoming more manageable. Crowds run between Level 5 and 7 most days, with Sunday predicted to be the busiest day of the week. Particularly compared to the last few weeks, it should feel pretty nice. 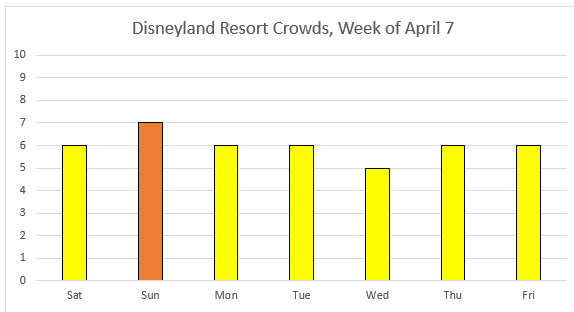 With the exception of Saturday, which is looking to be chilly and possibly wet, it looks like a great week in Southern California! Highs in the upper 70s and low 80s most days, with no serious chance of rain. 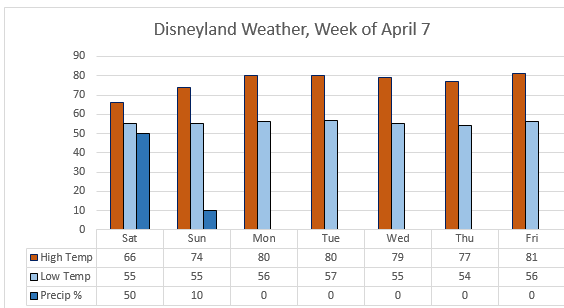 Disneyland continues with its full slate of shows. Note that the evening shows will transition at the end of the week, with the evening fireworks at Disneyland Park being replaced by Together Forever – A Pixar Nighttime Spectacular (featuring a flying Buzz Lightyear!) and World of Color being replaced by the Paint the Night parade at DCA. Also, the Pixar Play Parade joins the daytime schedule at Disneyland Park.  These changes start on Friday. Detailed show schedules, including smaller diversions like Jambalaya Jazz, can be found here.

Blockouts begin to taper off starting this week. Southern California Select Passholders are blocked out Saturday, Sunday, and Friday, whereas Deluxe and Southern California Passholders are only blocked out Saturday.  All other passes are honored every day this week. For those of you buying tickets as day guests, single-day tickets are at Peak ($135/$127) price Saturday and Sunday, and Regular Price ($117/$110) the remainder of the week.

With the exception of the significant overhaul taking place at Disney’s California Adventure, the refurbishment schedule is not horrible at the moment.  At Disneyland Park, Splash Mountain is closed until April 14, and Dumbo is closed through April 27. Over at California Adventure, much of Paradise Pier is closed for the conversion to Pixar Pier, but the remainder of the park is all up and running. Check out our refurbishments page for details on exactly what will be down and for how long.

Looking ahead, the Matterhorn will be going down for a brief refurbishment from April 16-20, and Pirates will be closed starting April 23 to transition to the new auction scene. World of Color will go dark as of April 13 during Pixar Fest. Also, Disney recently announced that a bug’s land would be closing to make way for more Marvel attractions at California Adventure.  It will be going away for good towards the end of the summer, so make sure you plan ahead if you’d like to see it before it disappears. 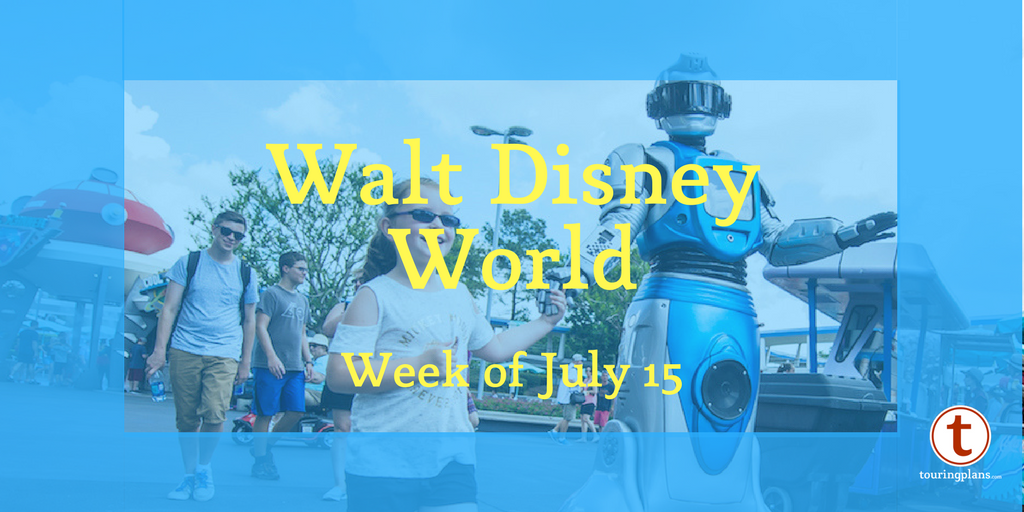