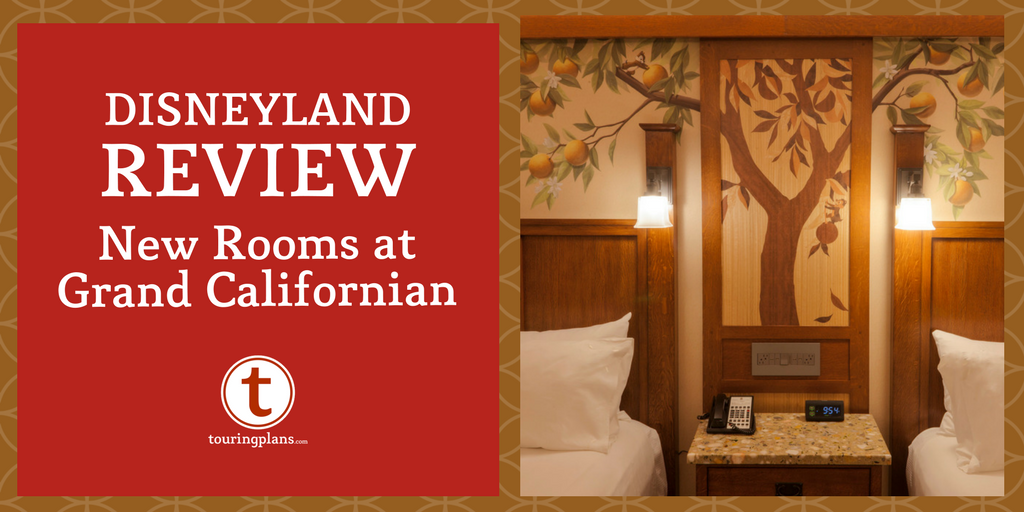 Surprisingly, this is the first time the rooms at Disney’s Grand Californian Hotel & Spa have received a major update since opening in early 2001. The same early 20th-century Arts and Crafts theme remains, but new decorations and modern amenities have been added. Rooms are large and spacious. I stayed in a standard room, which is 353 square feet, with two queen beds. Other standard rooms configurations include 1 King Bed and 1 Twin-Size Sleeper Chair, 1 King Bed and 1 Day Bed and 1 Twin-Size Sleeper Chair, or 2 Queen Beds and 1 Twin-Size Sleeper Chair. One of the upgrades Grand Californian rooms received was the addition of more storage space. Previously, the bed frames were solid and covered by a skirt. Now the bed frames are open, so guests can store luggage. Speaking of storage, a closet (with a full length mirror on the outside of the closet door) is located near each room’s the entrance. In it you’ll find a safe that is large enough to fit 2 or 3 laptops, a rack (about 3 feet long) with hangers, iron, ironing board, two Grand Californian-branded bathrobes, and an extra blanket. You’ll also find a desk with chair, a 55-inch TV, and dresser with 6 drawers. Another nice added touch is that USB charging ports are plentiful. There were four in the nightstand, four under the TV, and another two at the desk. After walking in the room the first thing I noticed was the dramatically improved lighting. There’s two lamps at the head of each bed, a desk lamp, and a couple of recessed lights. But the biggest addition to lighting is the strip of adjustable lights that run along the top of the walls, near the ceiling. This strip provides plenty of light and it can be adjusted thanks to a slider above the nightstand.

Each room also includes a mini refrigerator with a clear front. The fridge isn’t cold enough to freeze items, but it will keep your drinks or leftover food nicely chilled. A Keurig coffee maker is located next to the closet. Included are six K-Cup pods of coffee and tea, as well as creamer, cups, and lids. Unlike a lot of Walt Disney World’s recently refurbished hotel rooms, Disneyland Resort chose to stick to carpeted floors in Grand Californian’s rooms. But there is hardwood flooring near the room’s entrance and leading in to the bathroom. Speaking of the bathroom, I thought it was great. The bathroom contains two sinks, shelves above and below the sink, a mirror flanked by lighting strips on all sides, tissues, hair dryer, Disney H20 soap, body wash, shampoo, conditioner, and foot rub. The toilet and shower are separated from the sink area by a large sliding door. I think that large sliding doors like this are more for style than actual functionality due to them being so damn noisy. It’s easy to wake the entire room in the middle of the night as a bathroom goer slides this gigantic and heavy door in to place. Besides that, the shower is huge (and will easily fit multiple people, if you’re in to that sort of thing), and contains an adjustable shower head, as well as an overhead rain shower head. Several of our Twitter followers commented that they were disappointed at the lack of a bathtub in the new rooms, so try Disneyland Hotel or Disney’s Paradise Pier Hotel if that is important to your family. In-room decor has been freshened up as well. As a fan of Disneyland history, I appreciate that the Grand’s rooms take inspiration from Anaheim’s pre-Disneyland days as an orange grove. A large orange tree is on the wall between the two beds. Chip and Dale can be found if you look close enough. There’s also two framed art prints, one of which contains a tribute to Disney Legend, Ron Dominguez. Ron lived on one of the orange groves where Disneyland was built. Then he was hired by the park just four days before it opened in 1955. He stayed with the company and eventually became executive vice president of Walt Disney Attractions in 1990. I appreciate that these touches give the room a gentle splash of Disney, but without it being too in my face. In my opinion the new rooms at Disney’s Grand Californian Hotel are a big upgrade over the old rooms, which were starting to feel a bit worn out and dated. The problems that the old rooms had, such as poor lighting and lack of storage, have been fixed. An obvious minus to Grand Californian Hotel is the price, with rooms ranging from $500 a night, all the way up to over $1000. It is the closest of the three (soon to be four) Disney-owned hotels. Sure, third-party hotels on Harbor are sometimes a third of the price and even closer than Disney’s own rooms, but you get what you pay for. Besides the rooms themselves, Grand Californian has a beautiful lobby, excellent dining choices, and a fantastic pool and hot tub area. Let me know what you think about the new rooms in the comments below. 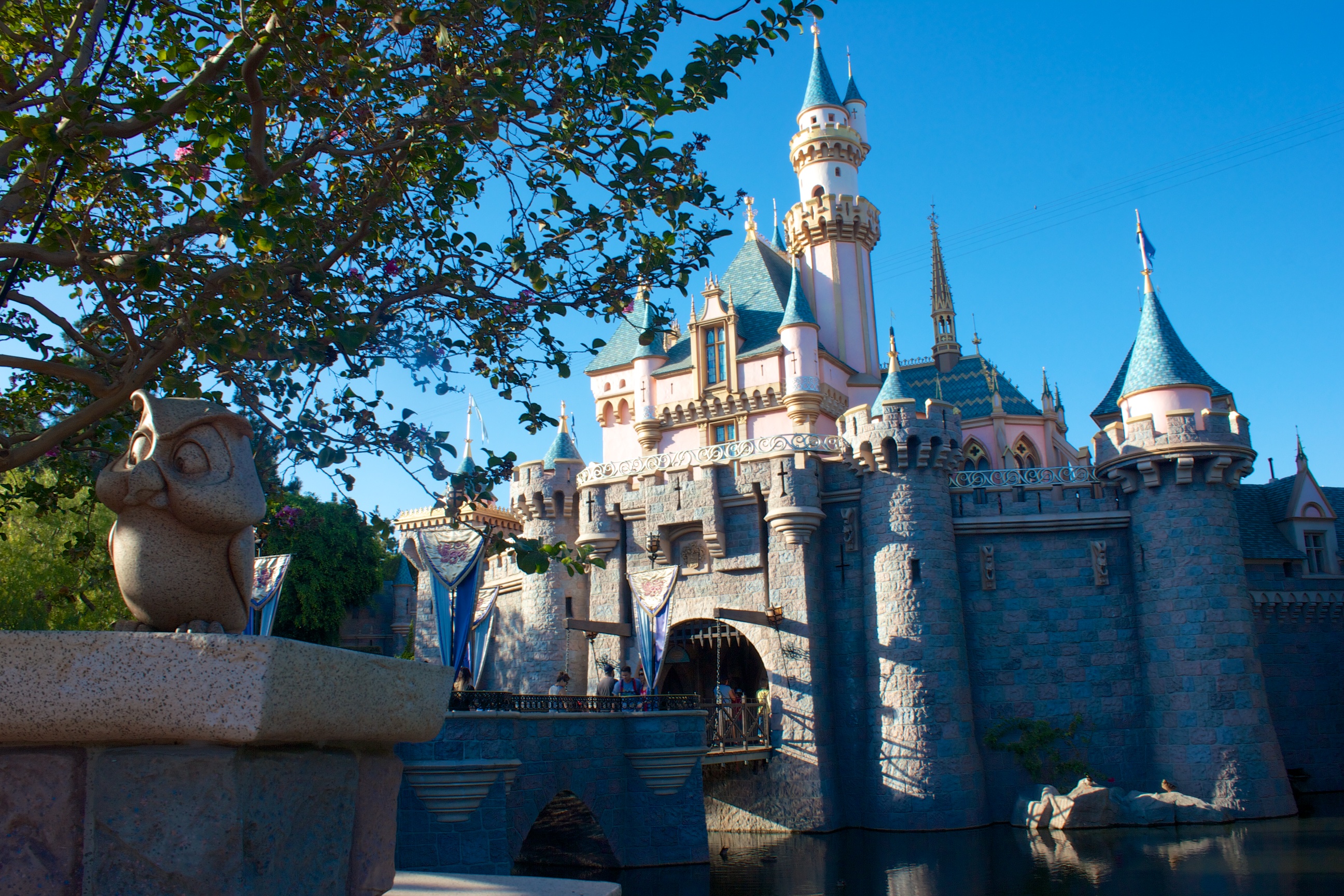 What Disneyland Rookies Should Know Before They Go

Where Do You Nap at the Disneyland Resort?