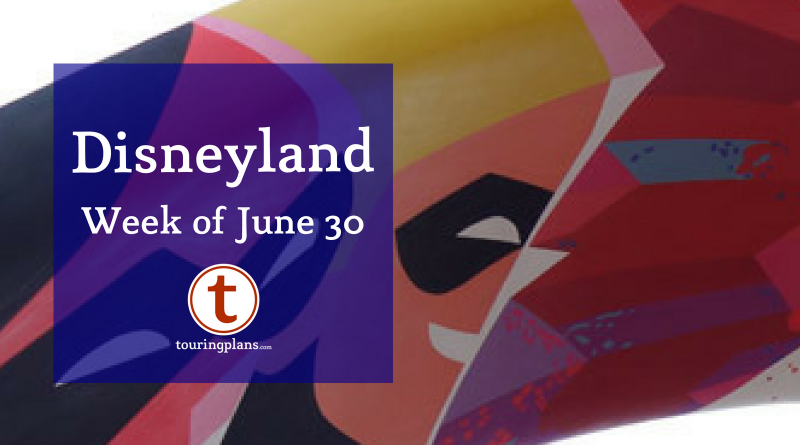 It’s Independence Day at Disneyland, Pixar Pier welcomes guests after its makeover, and Pixar Fest continues! Read on to find out about this and more in this week’s Disneyland preview.

It’s the 4th of July at Disneyland! Disneyland is of course an American institution, and you can expect the patriotism to be on full display on Independence Day, with red, white, and blue souvenirs, snacks, and decorations galore. Also, while Disney is not doing its typical special Independence Day fireworks, it will be doing a patriotic finale to celebrate the holiday at the end of the Pixar fireworks that are running for Pixar Fest. It will definitely be running on the 4th and if history is any guide it may be run on other days as well, so keep your eyes open for an updated schedule as we get closer.

Speaking of Americana, Disneyland will be celebrating one of the most American of dishes, fried chicken, starting next Friday, July 6. Stop by the Plaza Inn at Disneyland or Flo’s V8 Cafe to join in the celebration, which runs through the July 8.

Have you heard about the Play Disney Parks app, the new app to provide games and other diversions while you’re in line or around the parks? It’s now available to download, so you’ll have your first opportunity to try it out this week!  Details are still rolling in, but what we do know is very intriguing. Let us know what you think if you get a chance to try it out!

Last week saw the opening of Pixar Pier and the re-opening of a couple of rethemed attractions! The Incredicoaster (f/k/a California Screamin’) and Pixar Pal-A-Round (f/k/a Mickey’s Fun Wheel) are both back in their updated forms, along with the boardwalk games and other diversions around the pier. Staying with the Pixar theme, Paint the Night received an upgrade in the form of a new Incredibles Float.  Make sure you check out Guy’s recent review of the new area.

These new attractions also enhance the ongoing Pixar Fest, which continues through September 3. This festival includes Pixar-themed fireworks and the Pixar Play Parade at Disneyland Park, and the return of Paint the Night at Disney California Adventure, in addition to other Pixar-focused activities and opportunities. There will also be special dining opportunities available, as one would expect, and the Alien Pizza Planet is open at Disneyland Park for the occasion. Make sure you check out Rikki’s preview of the Festival!

Blockouts help keep the crowds from getting too terrible this holiday week.  Crowds are predicted to stay between 5 and 7 all week long, with a level 6 crowd predicted for the resort on the Fourth of July. This week will see a steady upward climb in temperature, starting with a super-pleasant 75, but it will be an “OK, this is starting to get pretty hot” 89 by the end of the week.  As is often the case this time of year, no rain in the forecast at all, so you can probably leave the ponchos at home. Disneyland has a special slate of shows running for a bit for Pixar Fest, with the evening fireworks at Disneyland Park being replaced by Together Forever – A Pixar Nighttime Spectacular (featuring a flying Buzz Lightyear!) and the Paint the Night parade reappearing at DCA with a new Incredibles float. Also, the Pixar Play Parade joins the daytime schedule at Disneyland Park. Fantasmic! will continue to run, with two shows nightly all week. You can also expect a special patriotic finale to the Pixar fireworks for the 4th of July. Detailed show schedules, including smaller diversions like Jambalaya Jazz, can be found here.

The relatively low crowds for a holiday week can be traced back to significant passholder blockouts this week. Southern California Select Passholders and Southern California Passholders are blocked out all week long, and Deluxe passes are blocked out on Saturday and Sunday. For those of you buying tickets as day guests, single-day tickets are at Regular price ($117/$110) Monday and Tuesday, and Peak price ($135/$127) the remainder of the week.

Really, with the opening of Pixar Pier, most attractions are currently scheduled to be operational this week. Unfortunately, World of Color remains offline until further notice on account of some “technical difficulties” with its refurbishment — we’ll let you know when we have a better idea of when it will return, but we are not anticipating it back until the latter part of the year. As always, be aware that refurbishments can pop up unexpectedly, so check out our refurbishments page for details on exactly what will be down and for how long. 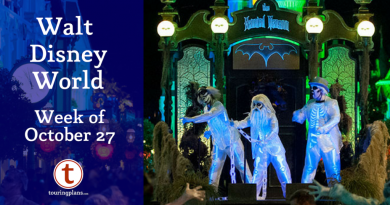