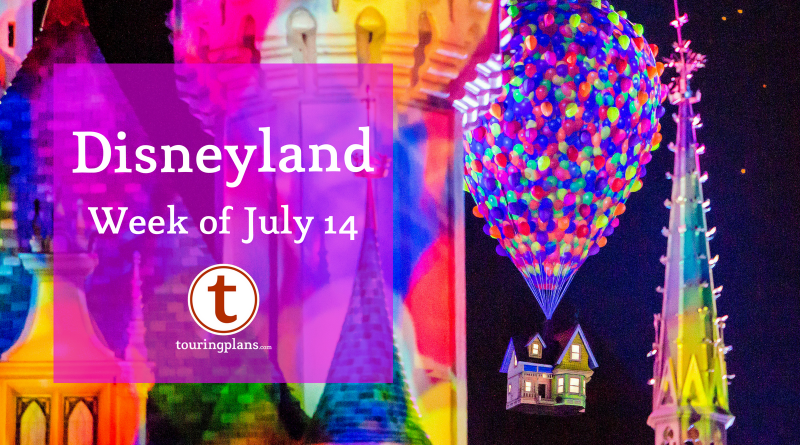 Disneyland opened on July 17, 1955, and while Disney doesn’t really promote it, you can expect sort of an unofficial birthday celebration on this day. Expect to see guests dressed up a la Dapper Day for the occasion, and keep your eyes open for special food and merchandise opportunities.

Pixar Fest continues through September 3, which is the primary summer offering at Disneyland this year. This festival includes Pixar-themed fireworks and the Pixar Play Parade at Disneyland Park, and the return of Paint the Night at Disney California Adventure, in addition to other Pixar-focused activities and opportunities. There will also be special dining opportunities available, as one would expect, and the Alien Pizza Planet is open at Disneyland Park for the occasion. Make sure you check out Rikki’s preview of the Festival!

The recent opening of Pixar Pier and a couple of re-imagined attractions has definitely enhanced the festival. The Incredicoaster (f/k/a California Screamin’) and Pixar Pal-A-Round (f/k/a Mickey’s Fun Wheel) are both back in their updated forms, along with the boardwalk games and other diversions around the pier. Staying with the Pixar theme, Paint the Night received an upgrade in the form of a new Incredibles Float.  Make sure you check out Guy’s recent review of the new area.

Crowds are predicted to be average to above average all week, though nothing is in the super-busy category. The work week will have the highest crowds, with Saturday and Sunday having the lowest crowds (levels 5 and 6). In the wake of punishing heat, including a recent day that appears to be the hottest day recorded in any Disney park, anywhere in the world, ever, this week’s highs in the mid- to upper 80s is going to feel balmy. There’s only a minor chance of rain on Monday, so you should be good on that front. Significant passholder blockouts continue this week. Southern California Select Passholders and Southern California Passholders are blocked out all week long, and Deluxe passes are blocked out on Saturday. For those of you buying tickets as day guests, single-day tickets are at Regular price ($117/$110) Monday through Thursday, and Peak price ($135/$127) the remainder of the week.

There are no refurbishments of currently operational attractions scheduled this week. World of Color remains offline until further notice on account of some “technical difficulties” with its refurbishment — we’ll let you know when we have a better idea of when it will return, but we are not anticipating it back until the latter part of the year. As always, be aware that refurbishments can pop up unexpectedly, so check out our refurbishments page for details on exactly what will be down and for how long. 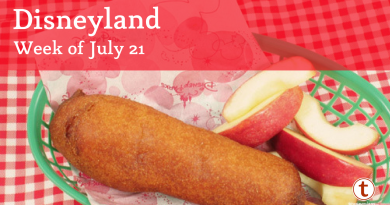