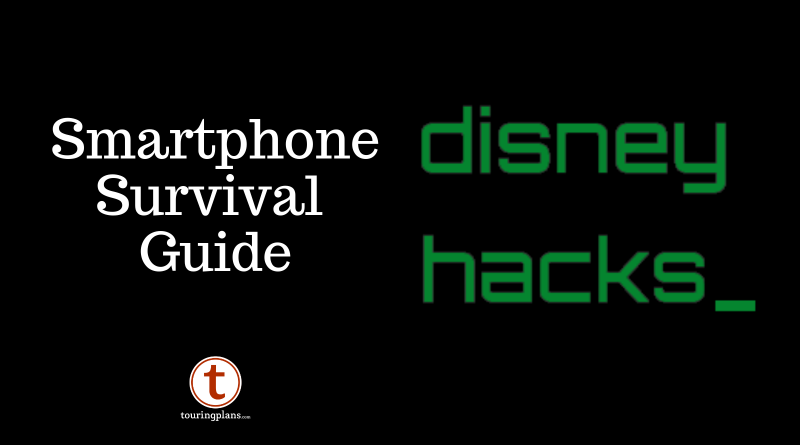 A Pew Research Center report published earlier this year estimates that 95% of Americans now own a mobile phone of some sort, and 77% own a smartphone — and if you’re under 50, the chance that you’re using a smartphone goes up dramatically. Indeed, I’d be willing to bet that a substantial number of you are reading this on a smartphone right now. Smartphones have become so ubiquitous as to be common and expected parts of most of our day to day lives. Personally, I feel naked if I even leave the room without my phone on me. I know, I know, that’s probably indicative of a problem, but that’s a discussion for another day. I digress.

While a trip to Disney doesn’t require a smartphone, having one makes it a ton easier, and between them adding more and more features to My Disney Experience and creating new apps like Play Disney to help occupy you while you have downtime at the parks, it’s clear that Disney expects that most guests will have a smartphone on them while in the parks. So, with that in mind, let’s take a deeper dive into how to get this most out of this little mini-computer that you’ll be carrying around with you anyway. Your phone’s no good to you at Disney if it’s dead, so having some way to replenish its battery is key these days. You’ve basically got two very good options, one OK option, and one terrible option.  Your first option, and the one that I prefer if I’m going to be coming back to the room at some point in the day, is a battery case — a case that both protects your phone and that will seamlessly charge your phone when you turn it on. Mophie is probably best known for pioneering this concept, but there are several brands that manufacture them now. They typically hold between a half and one and a half charges for your phone. Tip: bring a couple of chargers for your phone (or a multi-port charger) so that when you do go back to the room, you can give both your phone and your battery case a boost at the same time before you head back out. The second great option is an external charger, which is what I carry if I’m going to be out all day. Most are about the size of a deck of cards and will deliver 3-ish charges for your phone, but they require you to connect by a cable. They have the benefit of capacity, and those with QuickCharge can charge your phone very quickly if your device supports it. Some even allow for the charger itself to be charged using solar energy, so it can be recharging as you’re walking around the parks. For more information about external chargers and how to shop for them, check out my earlier article on this topic.

Fuel Rods offered for sale at Disney are another option, but not a great one. The idea, for those unfamiliar, is that you buy this charger that is about the size of a fat pack of Lifesavers, you use that to charge your device, and when it’s dead, you swap it out at for a fresh one at one of the kiosks that are distributed around Disney World. It sounds great because it theoretically provides an endless supply of power, and in fairness, it does ensure that you’re always going to have a way to recharge your phone if necessary.

On the downside, however, the capacity it quite low — you probably won’t even give your phone a full charge before it will be time to search for a kiosk to swap it out for a fresh one — and the charging speed is slow. Also, the upfront cost of $30 is well north of what you would pay for an external charger with 4-5x the capacity that will charge your phone much more quickly. The point is, while they will do the job, I view them as a less than ideal option.

Finally, you could kick it really old school and just carry around your charger. The trouble here, of course, is that in addition to carrying around a charger, you also need to find an outlet and then stay in one spot for long enough for your phone to get a meaningful charge, so it’s going to impact your touring. It works in a pinch, but it should be viewed as a last resort.

First and foremost, a case of some sort is pretty much a must at Disney. There’s a sea of humanity jostling around, you’ll likely be using your phone a lot, and if you have children, you might be giving it to them along the way to keep them occupied. It all combines to create an environment where you’re a lot more likely for your phone to take a tumble or two.  Cases fall all up and down the spectrum in terms of price, features, etc., but for the love of all that is good, put SOMETHING on it. Worst case scenario, you can find a cheap silicone case for a few bucks at Best Buy, Walmart, or Target that will offer enough protection to be helpful. Also, this is becoming less necessary as more and more modern phones feature significant water resistance, but it’s a good idea to bring a small waterproof bag of some sort to protect your tech gear on water rides. It need not be fancy — a Ziploc bag will do the trick and takes up very little space, for example. If you plan on riding Splash Mountain or Kali River Rapids (especially Kali, where your chance of getting why-didn’t-I-just-jump-in drenched is much higher), make sure you bring something to keep your phone and any other electronics, like a charger, from getting wet. Looking for something a little less temporary? There are many options for putting your phone in a waterproof wearable lanyard, such as a Joto case. The drawbacks on this are that the phone bag isn’t big enough for anything aside from your phone, in certain weather your phone is more likely to overheat in it, and certain phones that require fingerprint access will mean you have to take the phone out of the case to unlock it every. single. time. You also will likely want to take the phone out of the Joto for the best quality photos.

With all of this additional phone use, courtesy when using your tech bears special mention. The touchstone for mobile phone etiquette is whether you’re doing anything that is likely to negatively impact someone else’s experience.  With that in mind, here are a few tips:

For more on these, and other less-techy etiquette tips, make sure you check out Derek Burgan’s rundown of the worst theme-park guest behavior.

So, we know everyone uses their phones differently. What apps do you use on your phone at Disney? Are there any functions you use in unusual ways? Let us know in the comments! 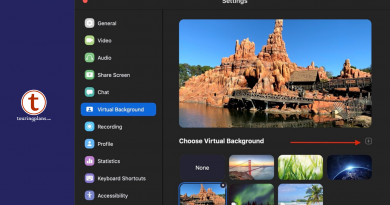 Add Some Disney Spirit to Your Virtual Meeting: How to Change Your Zoom Background 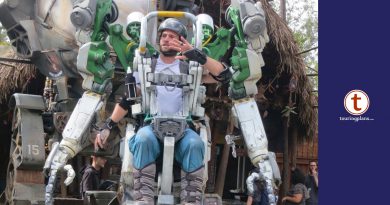 My Attempt to Become a Disney Cyborg — Update