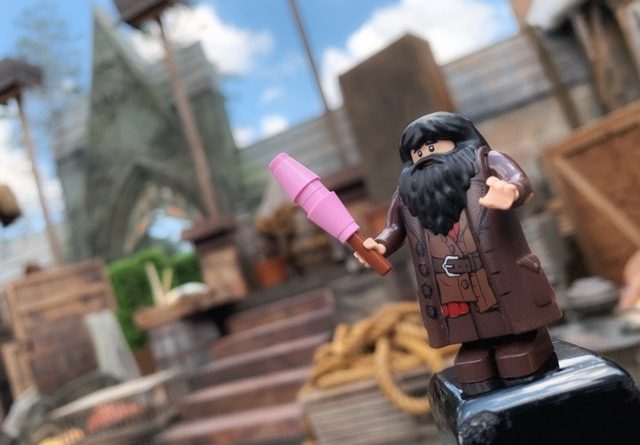 This week’s SATURDAY SIX takes a look at everything going on at the UNIVERSAL ORLANDO RESORT! This fine blog has had lot of incredible coverage of Star Wars: Galaxy’s Edge – including the Batuu bathrooms (and you know we here at the SAT 6 appreciate our theme park restrooms) – but today we’re going to head over to Universal and check out all the stuff going on there, starting with…

Later this month Universal’s newest onsite hotel will open its doors for guests when Surfside Inn & Suites begins checking in guests on June 27. Located on the former home of the Wet ‘n Wild waterpark,  Surfside is half of Universal’s Endless Summer Resort. Surfside’s sister hotel, Dockside Inn & Suites, is located directly across the street. Endless Summer will be Universal’s first true “value” resort with pricing that is going to force many offsite competitors to up their game to compete. Guests at Surfside will be eligible for early admission into the Wizarding World and Volcano Bay, along with bus transportation to CityWalk. Believe it or not, with a straight shot to the “hub” of Universal,  Endless Summer is closer to the action than Cabana Bay is.

Universal recently unveiled the crafted menus coming to Surfside, with some pretty tasty looking options. I’m still in shock how much we loved the food court at Universal’s Aventura Hotel, so we’re looking forward the culinary options Surfside brings to the table.

Here’s the latest photo update of Dockside Inn & Suites. It resides in the former home of Wet ‘n Wild’s parking lot.  It will be a much larger hotel than Surfside, have a lobby bar, and offer two onsite pools (compared to Surfside’s lone pool.)

Longtime SATURDAY SIX readers know that Universal’s Royal Pacific Resort may be pound for pound my favorite onsite hotel at either Universal or Disney (especially when I start to think about the Wok Experience). The fact that Royal Pacific is so close to Islands of Adventure, offers Unlimited Express Pass to every guest, and has a wonderful Polynesian theme, makes it my go-to onsite resort. After refreshing all the rooms at the hotel, the Royal Pacific  – currently 17 years old – has now begun a massive refurbishment to their lobby area to bring it more in line with what guests are used to at the newer resorts like Aventura and Sapphire Falls.

We’ll take a quick look at some of the changes already done. Upon entering the lobby, there used to be a small gift shop offering non-Universal branded items. This has been replaced with a Vacation Planning Center. Here you can purchase and pick up tickets, as well as getting any questions about the parks answered. 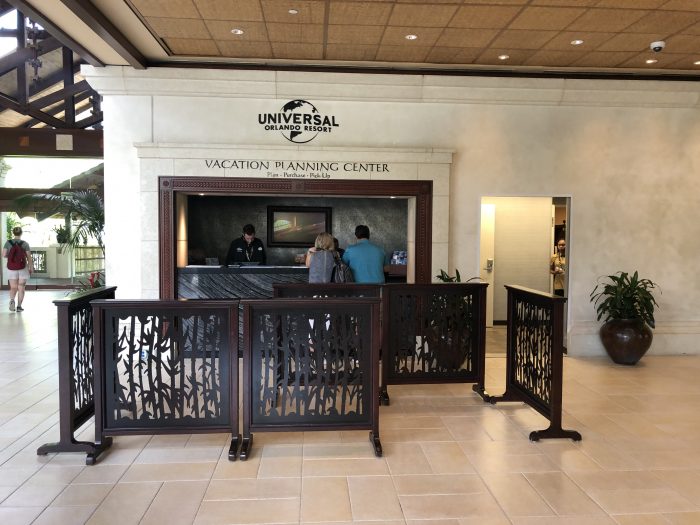 The concierge desk used to be located at the very end of the lobby, past the check-in area. Now it has been brought to the front of the lobby and resides across from bell services. The “marble-like” color scheme you seen on the concierge desk is one that will be very prominent once the overall refurbishment is done. 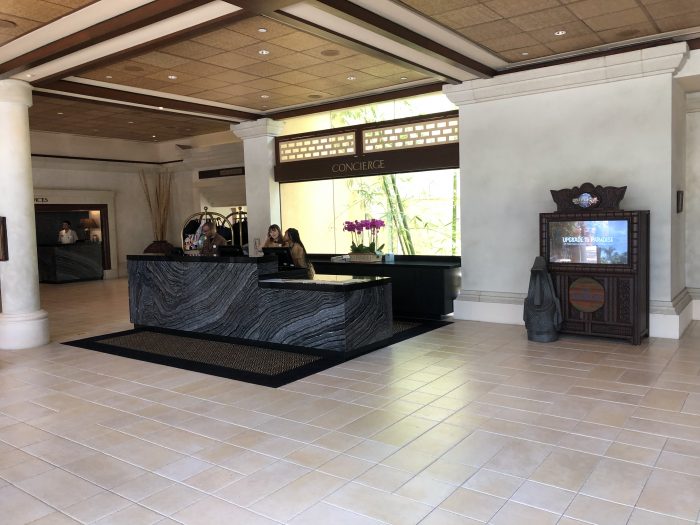 Next we’ll go to the former home of concierge. The large room at the end of the lobby is now walled off, with concept art of the new “grab and go” on the walls. When Sapphire Falls opened, it was clear that the Dutch Trading Co. store in their lobby was something that was needed at all of Universal’s hotels and it looks like they’re are heading in that direction. 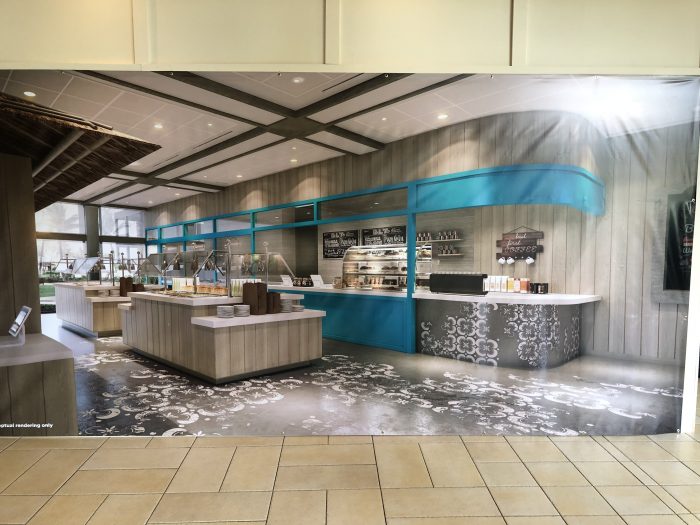 Next to the the walled-off room is the new area for car rentals. I’m imagining once the grab-and-go area is completed, Royal Pacific will then work on totally revamping the other half of the lobby with an updated sushi bar and Orchid Court Lounge. 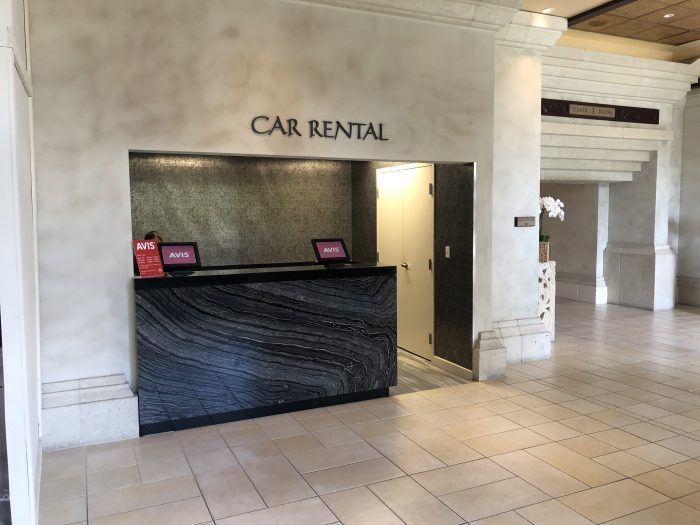 The newest eatery in CityWalk looks close to opening with Bigfire. Replacing Emeril’s Orlando, Bigfire looks to be targeting the crowd who may be intimidated by places like Toothsome, Antojitos, or Cowfish and “just want something normal.” Touting American fare like steaks, burgers, and freshwater fish dishes, one of the gimmicks that the restaurant has is an “open fire” cooking process that will use different types of wood. The building itself looks great, is in a prime location, and has an E-Ticket main logo once the sun goes down. Emeril’s Orlando was a great restaurant, and we’re going to miss Emeril’s signature banana creme pie dessert, but Bigfire is going to have a lot more appeal to families leaving the parks at night. It’s also interesting to note that while Disney seems to be getting away from running restaurants at Disney Springs and using third parties for just about every dining experience, Universal has gone the other way and replaced many of their third-party restauranteurs with Uni-run venues (such as Toothsome, NBC Sports Grill & Brew, and Breadbox).

Here’s some samples of what to expect when Bigfire opens.

Many fans of Universal feel that the stable of Universal classic monsters has been underutilized in the parks. Things seems to be changing though, with strong rumors of the monsters having their own “land” in Universal’s upcoming third theme park and a recent announcement that they will have a maze based around them in this year’s Halloween Horror Nights event. Inside Universal Studios Florida we’ve also had some indications that Universal is trying to revitalize their monsters “brand” including a complete new menu at Monsters Cafe. While you can still get pizza and standalone dishes, Monsters Cafe now features a BBQ option that should be familiar to anyone who has eaten at the popular 4 Rivers Smokehouse in Orlando or the Polite Pig at Disney Springs. The new menu allows guests to pick their own combination of meats and sides to create their own meal. The “perilous pair” offers 2 meats and 2 sides, while the classic 3 combo) offers 3 meats and 3 sides. Some of the meat options are also offered separately as sandwich dishes including The Invisible Man (beef brisket on Texas toast) and The Mummy (vegan jackfruit on a kaiser roll).

A little while ago Universal transformed the old Terminator 2: 3D gift shop into one themed around the classic monsters. Those In The Know suggest that this was Universal testing out guest demand for the monsters, with a whole bunch of new shirts, cups, and other various other pieces of merchandise.

There is a much bigger Ghostbusters presence in the gift shop than Universal normally offers, so let’s hope this also means our chances of seeing a Ghostbusters house at this year’s HHN are good. With a new Ghostbusters film being released in 2020 – bringing back original cast members such as Bill Murray and Sigourney Weaver – it only makes sense for Universal to incorporate them more in the park. For those who don’t remember, Universal once had a Ghostbusters attraction at USF with the Ghostbusters Spooktacular show (held in the area now occupied by Race Through New York Starring Jimmy Fallon).

While Universal has still not announced what is going into the Jurassic Park area of Islands of Adventure, work is chugging along on what will almost undoubtedly be a new thrill coaster. Below is a photo taken a couple days ago by @bioreconstruct, flying above Universal in the high-in-the-sky blogger copter, and it shows just how much is going on inside the Jurassic Park land. You can also check out This Picture from Bio taken in early May that gives a much clearer look at what’s happening in the area.

To make way for the new attraction, many current elements of Jurassic Park are being moved around, so there are construction walls throughout the land.

For Jurassic Park and Jurassic World fans, there is a ton of great merchandise available. This T-Rex themed bubble wand comes to Florida from Universal Studios Hollywood, which is getting ready to debut their Jurassic World attraction soon.

We are less than a week away from Universal Orlando’s newest attraction opening with Hagrid’s Magical Creatures Motorbike Adventure. Construction walls were removed earlier in the week, and the area in front of the ride has been set up for an upcoming media event. In May, Universal invited several members of the media to tour the attraction, and this looks to be a sure-fire hit with guests who want more Potter (and who doesn’t?). Be sure to check out Inside Universal’s recap of the tour that gives a first look at the queue and also don’t miss out on Orlando Park Stop’s invaluable Everything We Know About Hagrid’s Magical Creatures Motorbike Adventure.

The Today Cafe officially opened last month in Universal Studios Florida, and appears to be a massive hit with everyone who has tried it with some great menu options. You couldn’t ask for better real estate, being located at the front of the park and across from the popular Despicable Me: Minion Mayhem attraction. I enjoyed the menu of the old Beverly Hills Boulangerie, but the new venue themed to the Today Show does pop visually in a way the former venue did not.

Our favorite Voodoo Doughnut has been offering limited-edition doughnuts exclusive to Universal on a pretty regular basis, but the latest themed to the new Secret Life of Pets 2 may be favorite to date. Looking like the character Max, the yeast doughnut has a chocolate peanut butter filling, and as a huge peanut butter fan, this was fantastic because the ears also have a peanut butter flavor. If this Pets doughnut were offered on the menu year round it would be in our normal rotation including apple fritters, Portland creme, maple bar, and the voodoo doll.

Triple Threat Honorable Mention: Not a hoax! Not an imaginary tale! MYTHOS CHANGED THEIR BANNER!!

So there you have it: The SATURDAY SIX checks out what’s happening at the Universal Orlando Resort! See you next weekend for the latest installment of the SATURDAY SIX, where we’ll look at something fun from the world of Disney and Universal. If you enjoyed yourself, be sure to check out The Magic, The Memories, and Merch! articles, or, for your listening pleasure, check out the E-Ticket Report podcast. You can also follow Your Humble Author on Twitter (@derekburgan).

Special Thanks to The Elite Brandon Glover, my personal protege Hunter “Elvey” Underwood, the bio-est of all reconstructs @bioreconstruct, the SAT SIX Fun Squad of Parkscope Joe and Nick, hot shot Michael Carelli, the incomparable Alicia Stella, and Hermione Granger’s tutor Megan Stump for their invaluable assistance with this article. The SAT SIX is inspired each week by goofballs Aengus Mackenzie and LitemAndHyde and you Potterheads will  enjoy Meg’s other blog work over at the Central Florida Slug Club. 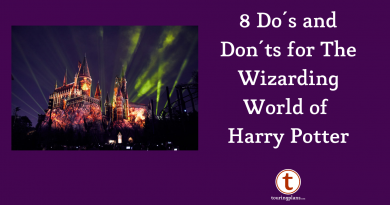 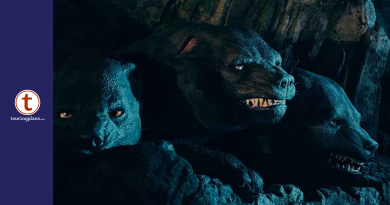