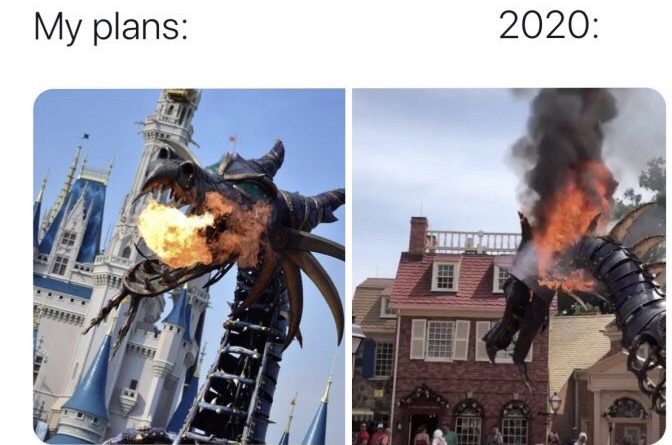 This week’s SATURDAY SIX takes a look at theme park news via MEMES! With the recent announcement of the re-opening of the Universal Orlando Resort theme parks, we are getting close to the Florida theme parks we know and love about to embark into the “New Normal” going forward. What will that bring for us? We’ll see shortly, but before we get there, it’s time to take a quick look back at what has been happening over on DisTwitter over the past couple weeks…

It’s hard to believe that even though we are only in May, 2020 has officially been going on for 13 years. Many of us had a lot of big plans going into the year, but the coronavirus had other intentions for us. To play with that idea, a fun meme started with people putting a “before” and “after,” giving a much-needed humorous look at the theme park community.

Let’s take a look at some of our favorites, starting with a user reminding us all of the infamous 2018 Theme Park Turkey of the Year Awards, when Disney had a rough couple days of audio-animatronics losing their heads… 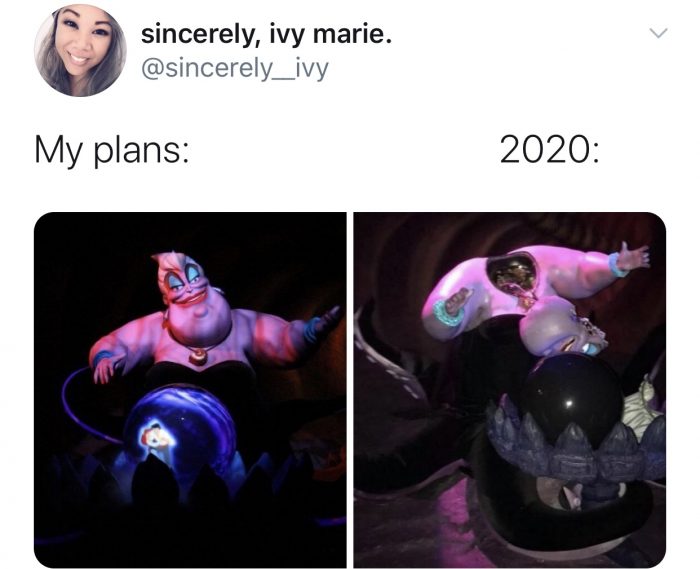 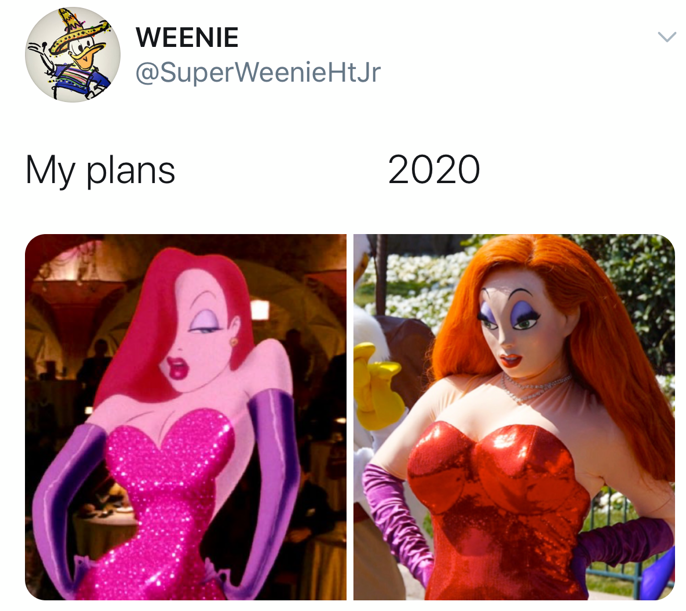 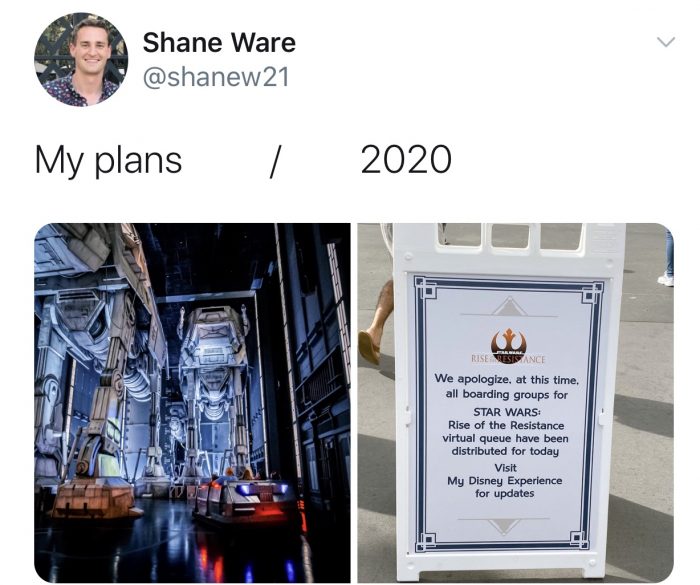 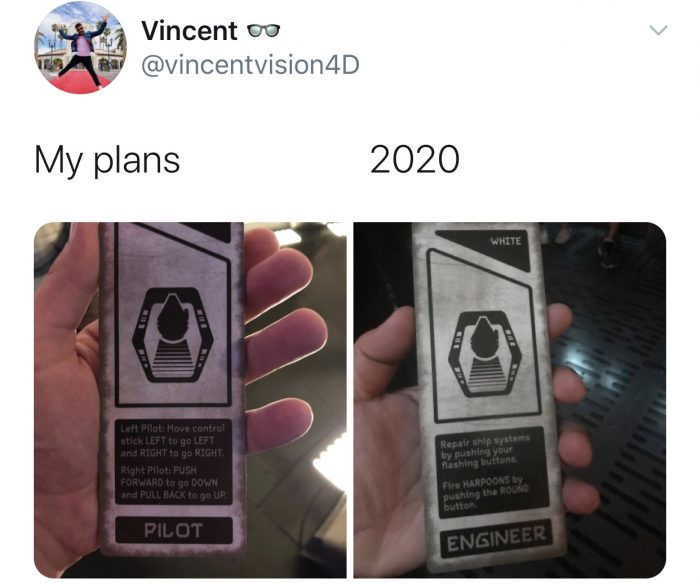 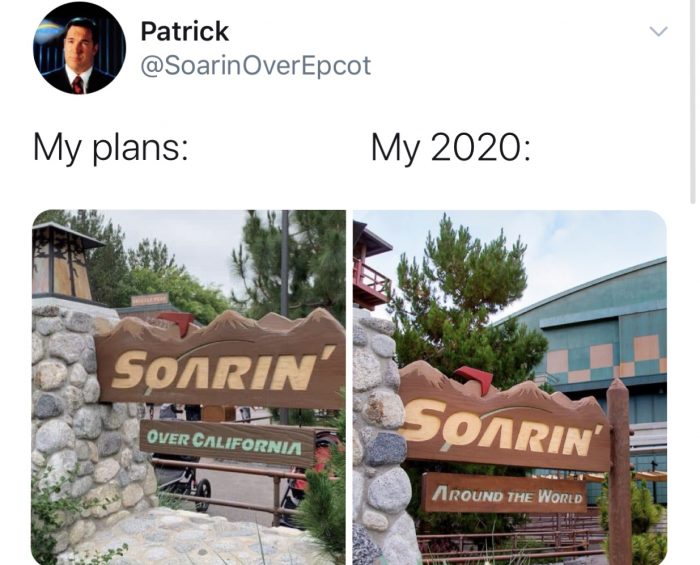 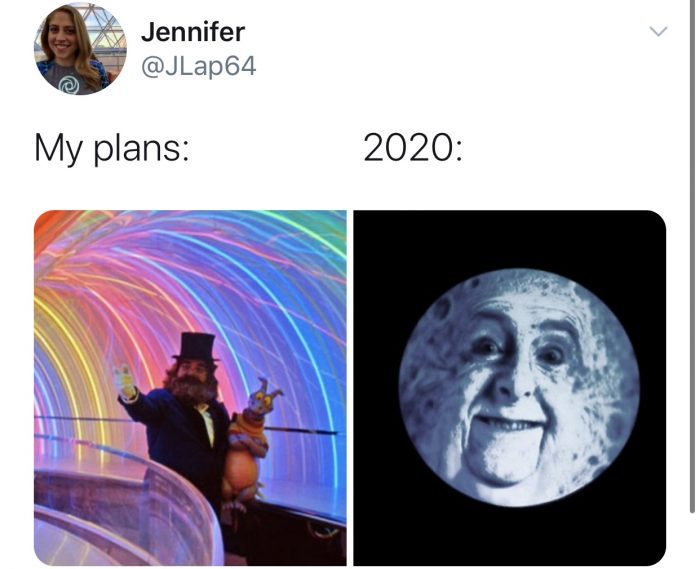 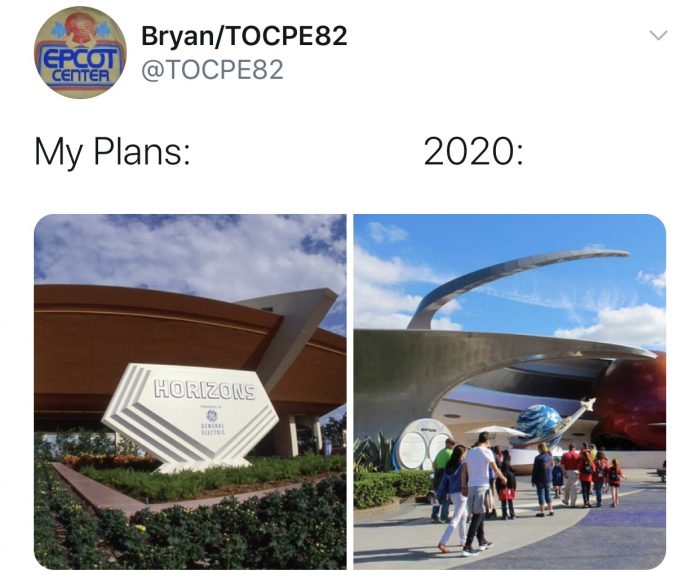 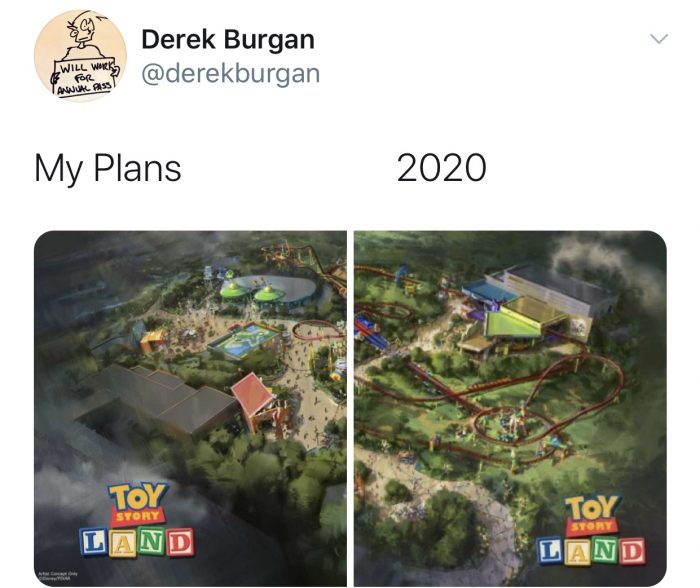 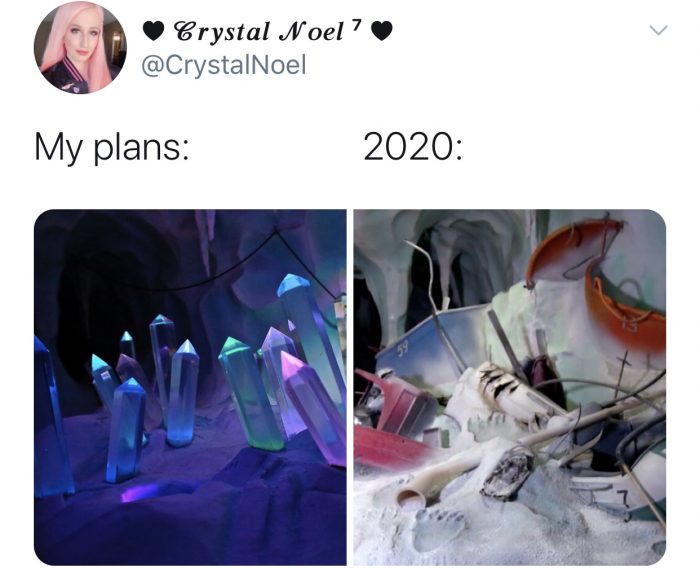 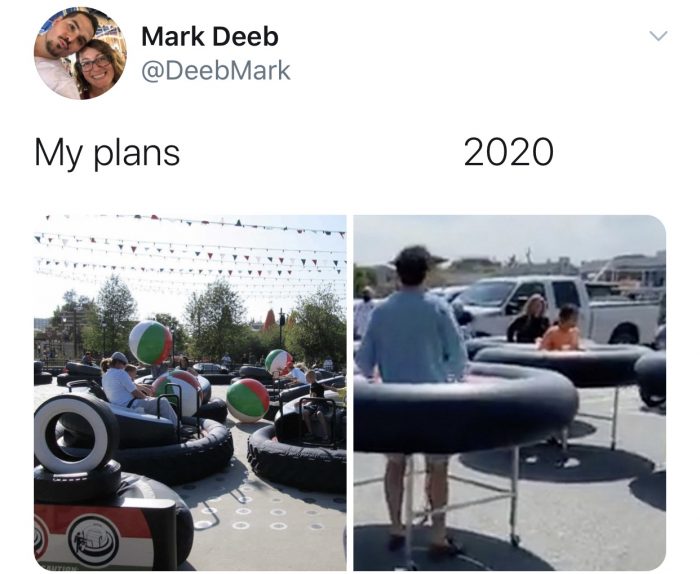 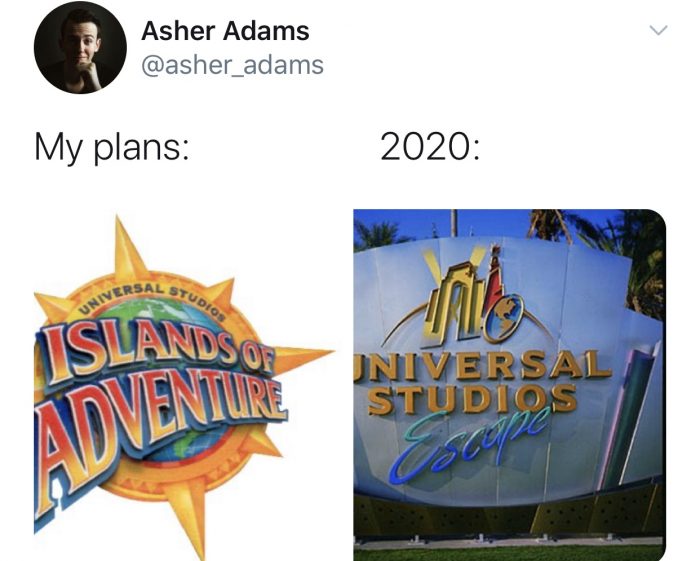 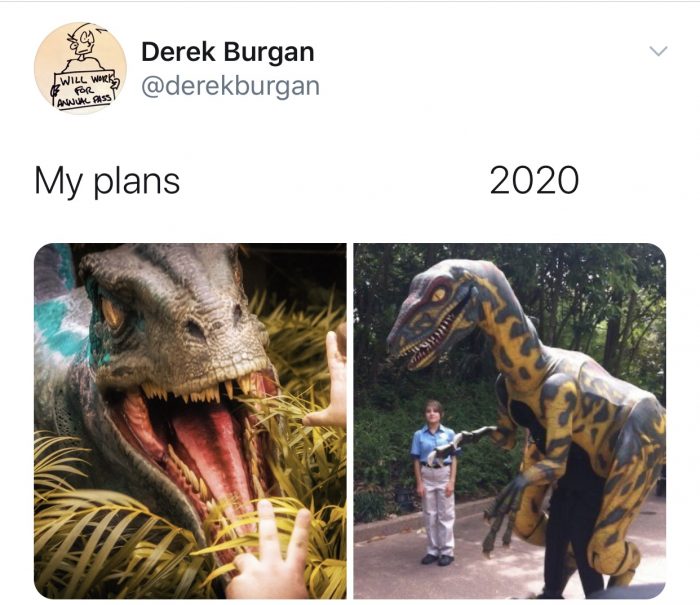 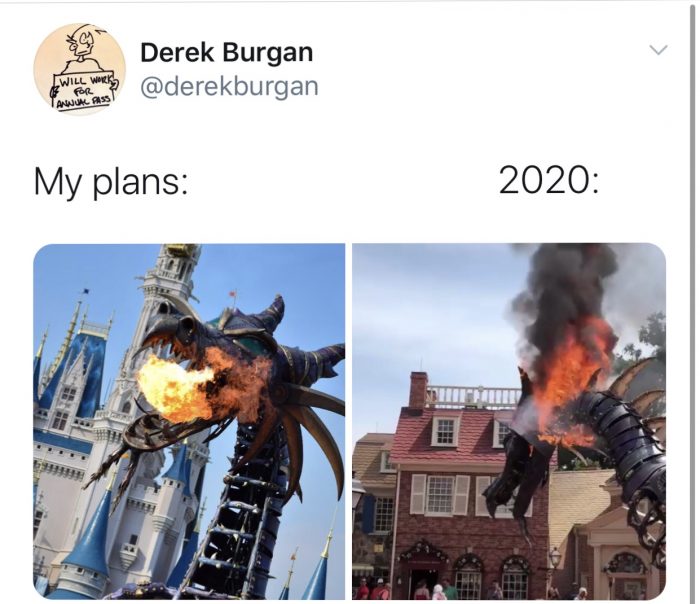 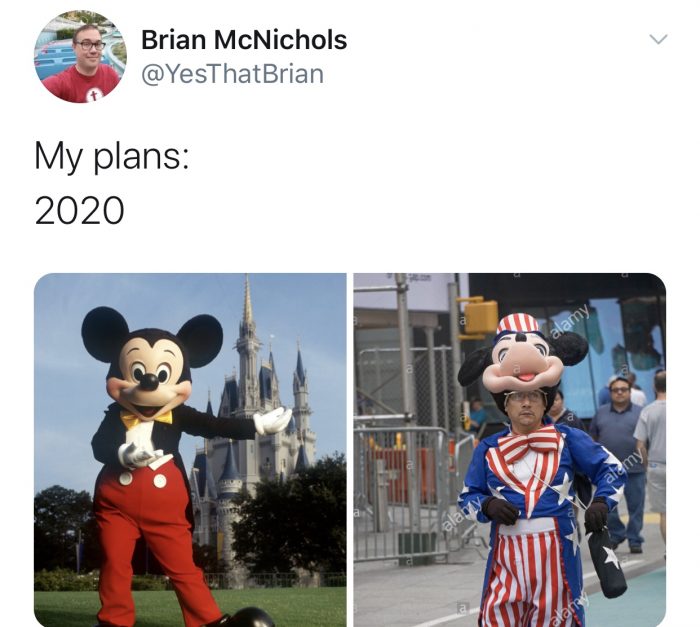 To the surprise of no one, Disney announced some scary financial numbers during a shareholders’ conference call earlier this month. To help save money, the company said it would be reducing capital expenditures. What we don’t know is what projects will be affected by this new decree. Many feel that projects already well into construction – such as Remy’s Ratatouille Adventure and the Guardians of the Galaxy coaster  in EPCOT – will be completed, but others not as far along (or not even started) may be stopped. This news had one DisTwitter member creating a graphic that brought back memories of the “Thanos snap” in Avengers: Infinity War, with one proposed EPCOT project fading away… 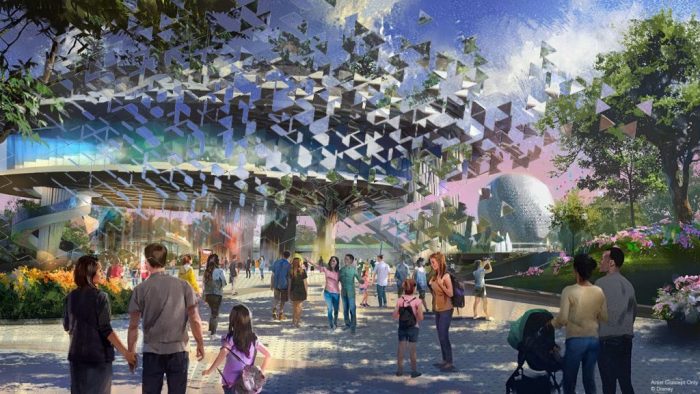 Recently, a meme took off which used a moment from the film Midsommar. The picture in question uses a stunned reaction from a character in the movie. 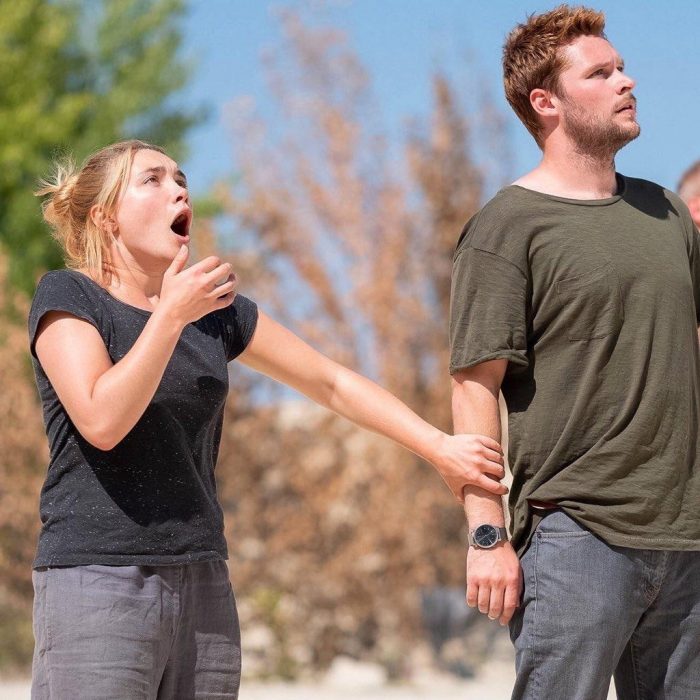 DisTwitter than speculated what these characters could be so shocked by… 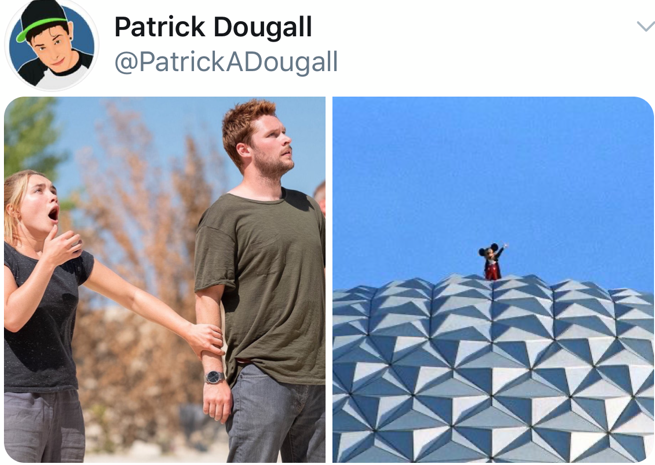 The coronavirus has unfortunately led to who-knows-how-many weddings being postponed, which has to be heartbreaking for the people who have put so much time into planning their special day. However, one popular meme trend showed that it’s not just brides and grooms who are looking forward to day when they can “walk down the aisle”… 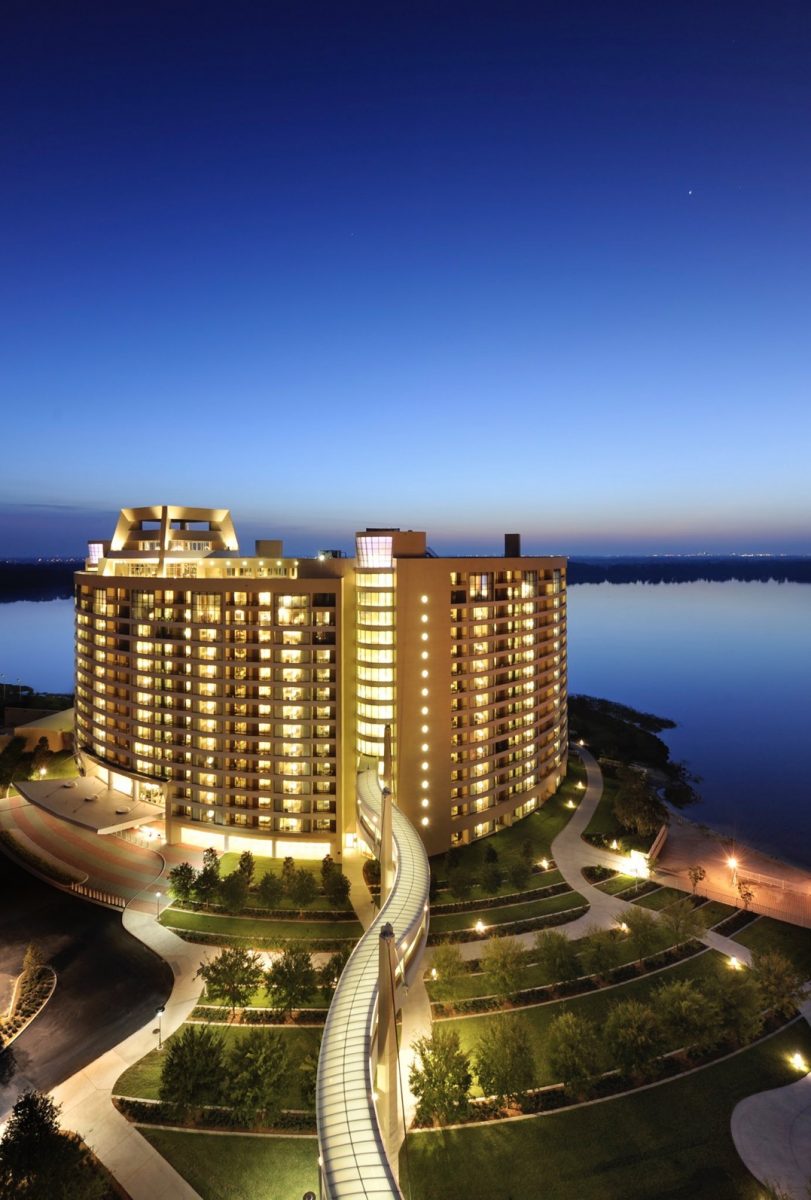 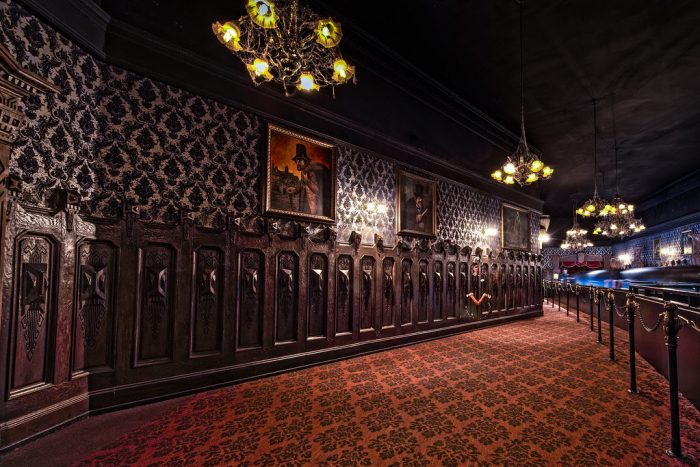 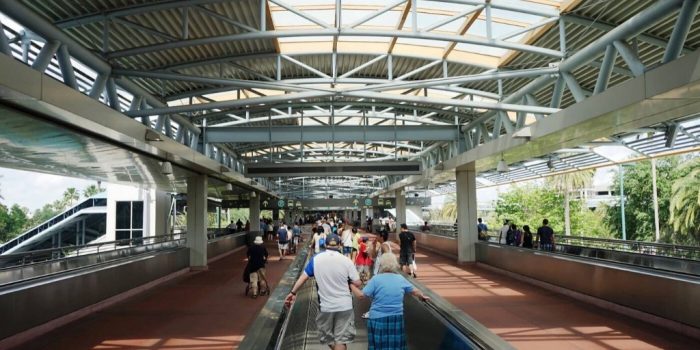 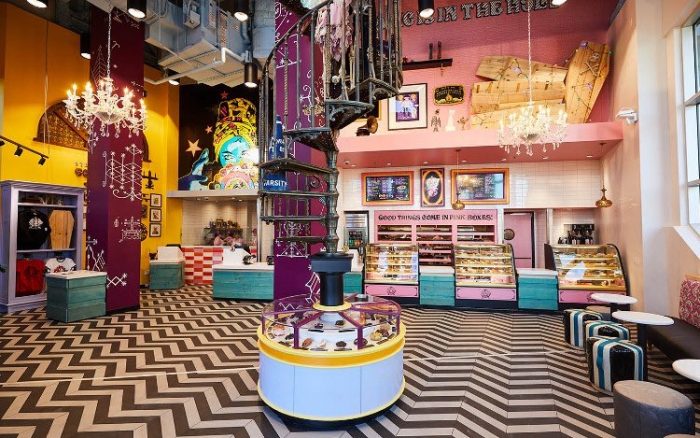 When Disney Springs announced it would re-open on May 20th, becoming the first Disney location in America for guests to get their “Disney Fix” again, it was commonly assumed that no matter how soon this may be, the Orlando theme park bloggers hungry for content would descend on the dining and entertainment district like locusts. “The Child” of DisTwitter – @DisneyDweller – even brought back an appropriate old school meme to make his commentary…

Last week we wrote about the re-opening of Universal CityWalk, with most people impressed by the standard of safety that Universal had set. Disney Springs did not re-open with that same level of confidence. Many guests reported that social distancing was not being enforced, a large amount of guests removed their “required” face masks, and in a story we’ll revisit later in the year for the 2020 Turkey Awards, one family thought it would be okay to grill their own hotdogs outside Cookes of Dublin. 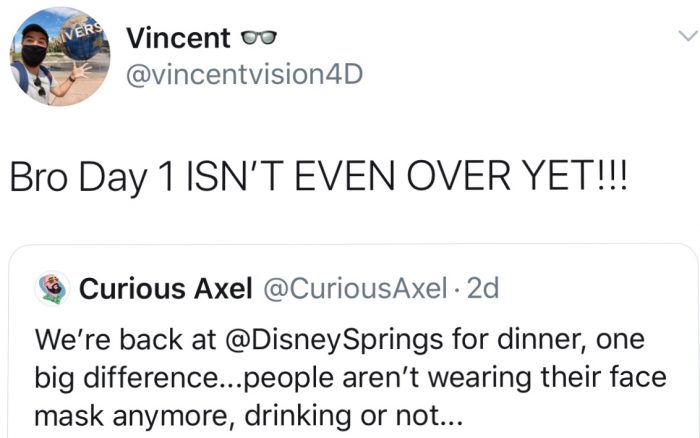 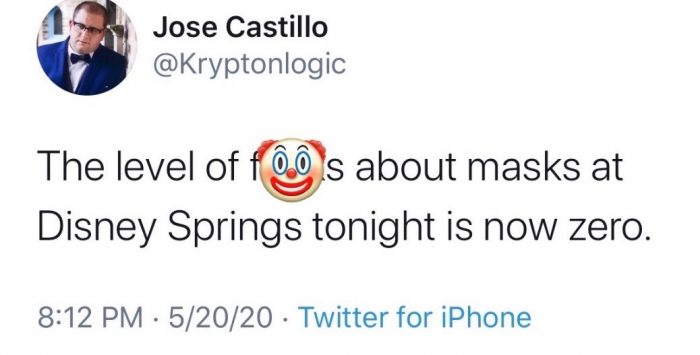 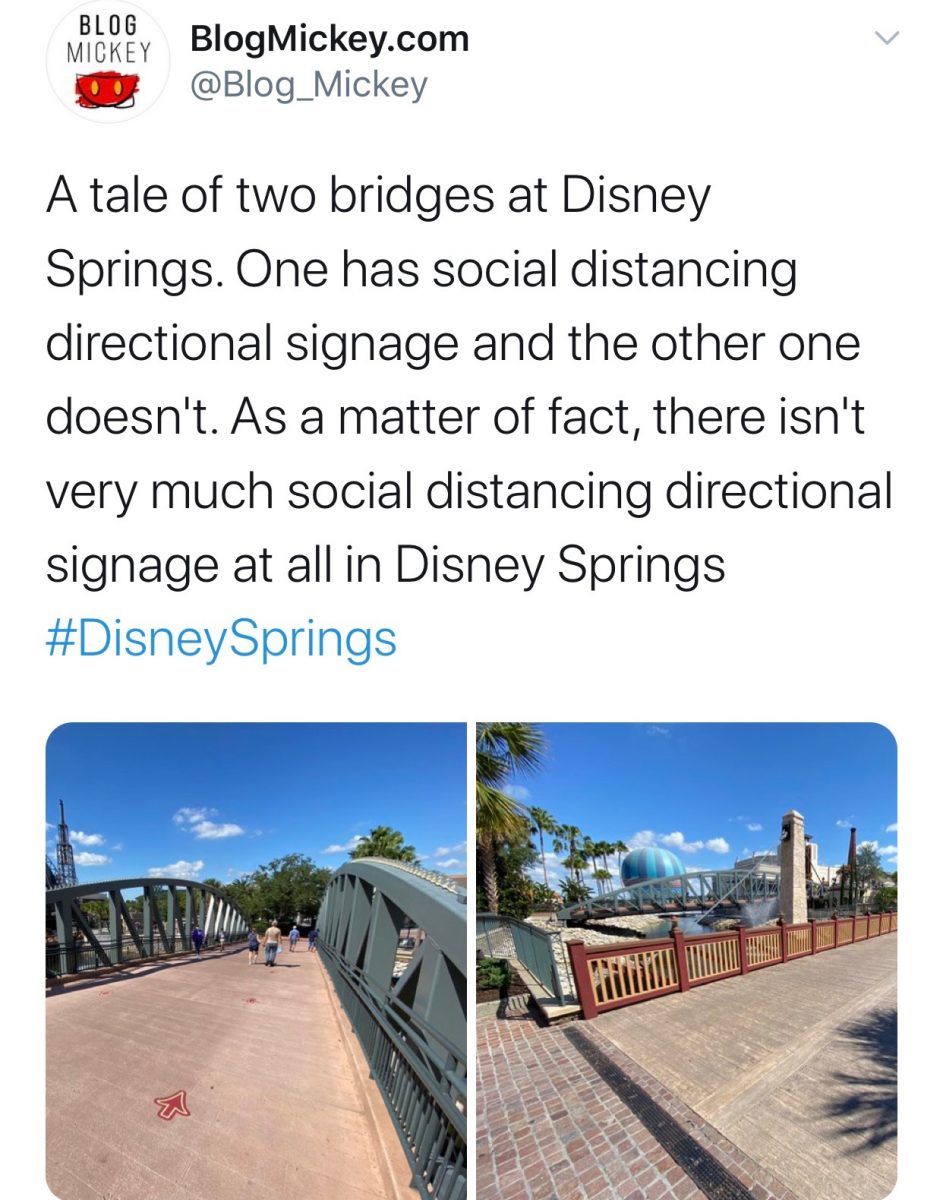 All of this led to another spot-on meme from @SuperWeenieHtJr. 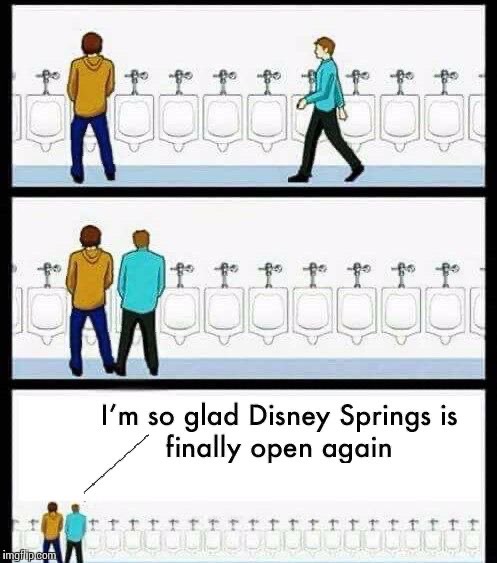 One of the more popular “games” on social media platforms is people taking the concept of changing just one letter in a Broadway show, music band, or movie title, to make it into something worse. The theme park community had some fun with that idea as well…. 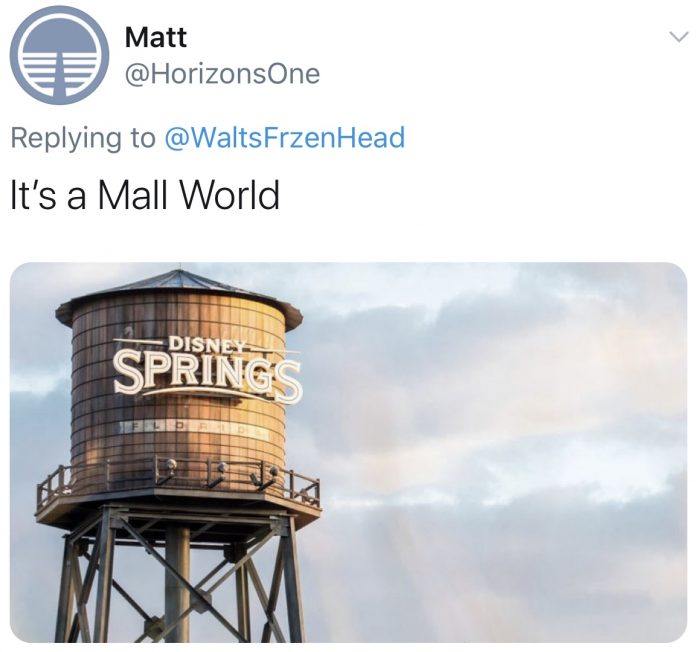