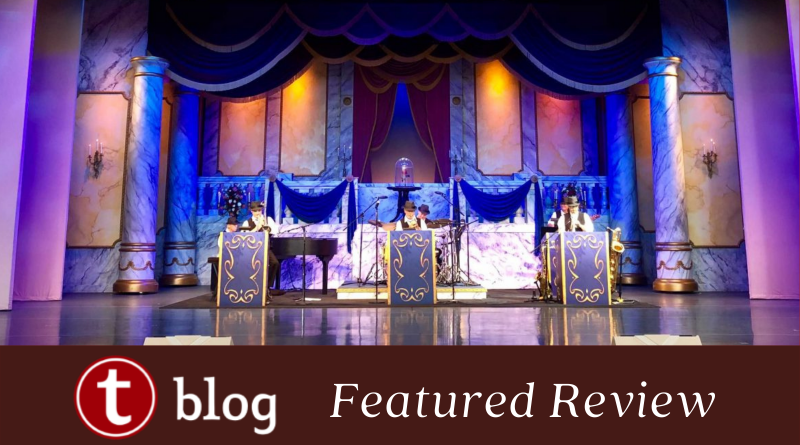 If you love live entertainment at Walt Disney World, you’ve probably been looking forward to the return of live shows at Walt Disney World. While Disney is gearing up to bring back some of its more popular live shows, this comes at a cost. One of those losses is the Grand Floridian Society Orchestra. While they were given a temporary home at Disney’s Hollywood Studios, that time is coming to an end. Our team popped into the Theater of the Stars to watch the orchestra perform in the Disney Society Orchestra and Friends show to bid them farewell.

Over the past year or so we’ve seen Disney cutting ties with lots of their long-time contracted musicians and bands. One can assume this is due to budget concerns. But as the Disney parks reopened we saw a select number of musical acts resume at outdoor venues. The Disney Society Orchestra and Friends opened in August at the Theater of the Stars, which is normally home to “Beauty and the Beast – Live on Stage.” With the lack of live shows at Walt Disney World during this reopening, it was a welcome addition. Disney’s Hollywood Studios has been one of the busier parks and having a venue open that can handle a few hundred people should help with lines and crowds, plus it is nice to sit and take a break while being entertained. This theater is one of the few original venues to the park, bringing some nice nostalgic vibes with it.

During our visit today we noticed the theater was not well attended. It is an outdoor, open-air theater, and while the hot Florida weather is becoming more mild, it’s still on the warm side. The show itself is not meant to be a spectacle. It is meant to showcase the skills of the Disney Society Orchestra (which is really the Grand Floridian Society Orchestra) and give guests a chance to enjoy some live Disney music, with an appearance of some Disney friends. It’s a simple show. The orchestra played Disney hits like “You Got a Friend in Me,” “Under the Sea,” “Cantina Band (Star Wars),” “The Muppet Show” and, naturally, songs from “Beauty and the Beast.”

Disney has announced the return of select live shows including the popular “For the First Time in Forever: A Frozen Sing-Along Celebration” which will return to Disney’s Hollywood Studios on October 5, 2020. This is good news for adding a little more capacity to the park, and to have some of Disney’s talent performers back to work. And of course, countless families flock to anything from “Frozen.” But it is sad that it comes at the loss of the talented musicians that make up the Grand Floridian Society Orchestra. It is also a shame that an outdoor venue, which many would deem to be a safer environment, is going “dark” again, while an indoor theater is opening up.

As more entertainment options become available at Walt Disney World and capacity changes, we’ll continue to be in the parks bringing you up-to-date information and resources. The best resource you can have during these changing times at Disney is to become a TouringPlans Subscriber and make use of our Lines app, which uses real-time data to provide Expected Wait Times compared to Disney’s Posted Wait Times.

Have you ever enjoyed the soothing sounds of the Grand Floridian Society Orchestra? Do you enjoy live music at Walt Disney World?