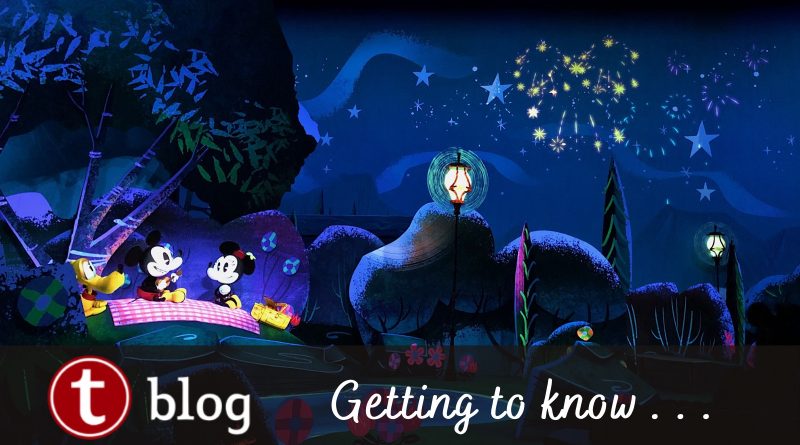 Guests board engineer Goofy’s train for a ride around the park where Mickey and Minnie are headed for a picnic. But, as so often happens in a Disney attraction, things go wrong. All of the train cars separate with Goofy completely unaware, and guests cruise through cartoon show scenes that are a blend of traditional and three-dimensional scenes and video projections with Mickey and Minnie in pursuit to save the day!

Even though you will probably want to enjoy Mickey and Minnie’s Runaway Railway again and again anyhow, the attraction does offer multiple ride experiences encouraging repeat rideability!

For instance, after Goofy’s train cars separate and function as trackless vehicles, the route that you travel through each show scene room will differ. So your second ride may allow you to see something different than you did during your first. There’s also an additional plot playing out through the ride involving Pluto that most guests miss their first time, not to mention the vast number of details and Hidden Mickeys packed in each scene.

Disney’s Hollywood Studios is the park for the newest Disney World attractions such as Slinky Dog Dash, Millennium Falcon: Smuggler’s Run, and the uber-popular Star Wars: Rise of the Resistance. But among these new attractions and the park’s classic staples, the number of attractions without height requirements and ideal for the whole family are few and far between.

Mickey and Minnie’s Runaway Railway is a smooth, gentle ride experience with no height requirement or health or safety warnings. There is one scene where a screen is used to simulate going over a waterfall, but there is no sensation of free fall. There’s also no sudden movements or sharp turns, dips, or drops making it the perfect attraction for the entire family.

Mickey and Minnie’s Runaway Railway show building originally housed The Great Movie Ride which closed in 2017. There is a tribute to the former attraction within the ride, but it’s only the start. Mickey and Minnie’s Runaway Railway is packed full of other homages to Disney history. For instance, the name Iwerks and Uwerks Waterworks water treatment plant is a tribute to Disney Legend Ub Iwerks, and the 1401 Flower Shop is a nod to the address for Walt Disney Imagineering’s headquarters in California.

Imagineers also used sound effects from Disney shorts dating from the 1930s, and Disney Legend Jimmy Macdonald’s original sound equipment was used to create new sound effects for the attraction. They even used the “Steamboat Willie” whistle for the whistle on Goofy’s train.

4. It’s Better Than You Expect

Let’s just say there were (and are!) a considerable number of fans who felt The Great Movie Ride should’ve survived. Also, while the idea of a Mickey and Minnie attraction was intriguing, and arguably long overdue, could it really be anything but a kiddie ride?

Yes. Yes, it could. Even though your ride vehicle doesn’t move at high speeds or plunge guests down drops, the sensation of moving through vivid, three-dimensional scenes that are seemingly alive is thrilling all on its own. The technology and effects also feel fresh and new but grounded in animation as opposed to leaning too heavily on screens.

However, do take note that the style of Mickey, Minnie, Goofy, and their world is different from what many Disney fans are used to. That’s because this attraction was inspired by the Paul Rudish Mickey Mouse shorts whose style is very different than the Mickey Mouse seen on park merch and around the park. Some love it; others not so much. It’s just something to be aware of.

We’ve got Trader Sam and the Ghost Host and “There’s a Great Big Beautiful Tomorrow” and “it’s a small world,” and now Mickey and Minnie’s Runaway Railway has given us Chuuby and “Nothing Can Stop Us Now.”

Chuuby is an orange and white bird created just for this attraction and makes his appearance both at the beginning and end of the ride. Look for him entertaining guests above the train tunnel.

The song “Nothing Can Stop Us Now” was created for Mickey and Minnie’s Runaway Railway and is a serious earworm! While heavily featured in the ride’s preshow (which is currently suspended due to our current global situation), you will still hear it throughout the experience.

Is Mickey and Minnie’s Runaway Railway on your to-do list? Let us know in the comments! 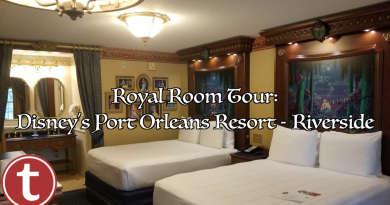 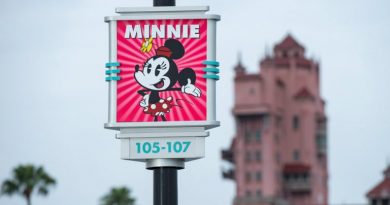